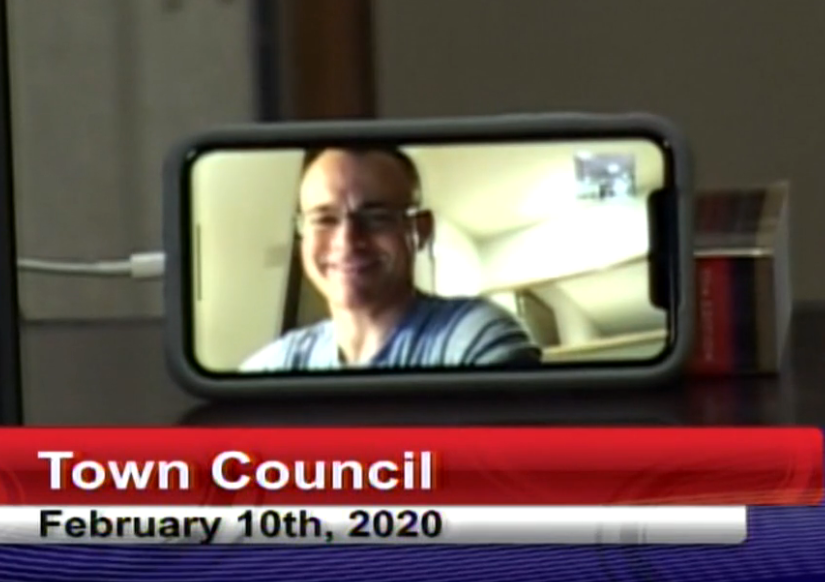 North Attleboro Town Council President Keith Lapointe participates in a council meeting via FaceTime while on business in Boulder, Colo. 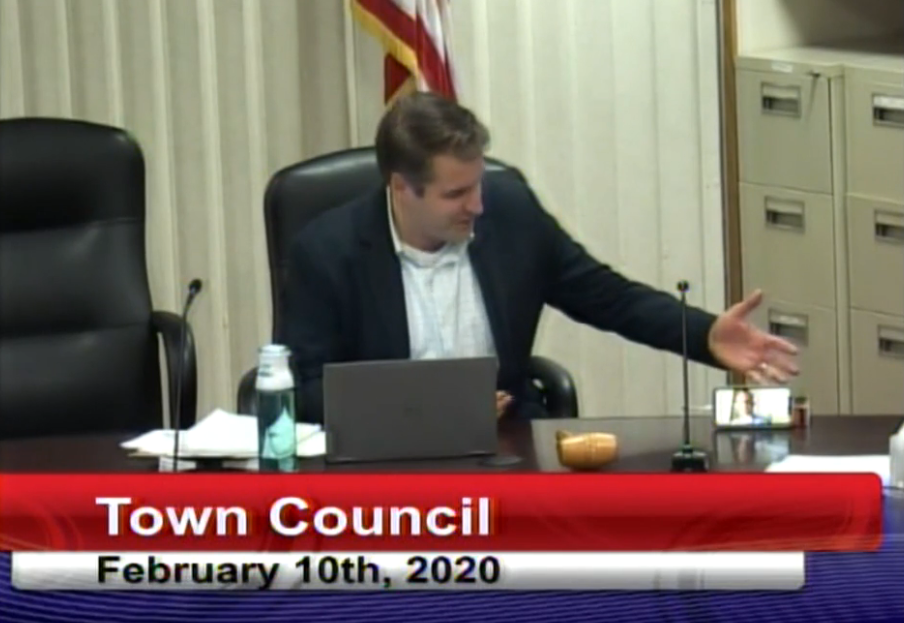 North Attleboro Town Council President Keith Lapointe participates in a council meeting via FaceTime while on business in Boulder, Colo.

NORTH ATTLEBORO — As a newly created government body, the town council has been experiencing a lot of firsts, and this week’s meeting was no exception.

For the first time since its inception in July, the council had a member participate in the meeting remotely.

Council President Keith Lapointe was away on business in Boulder, Colo., and joined the meeting via FaceTime, a video-telephone service.

At one point, Lapointe thought Pare under-counted a vote, so Pare moved his phone around the meeting table so Lapointe could see two councilors were absent.

He also voted on council matters, including transferring money into the town stabilization fund.

“I was very pleased with the sound and video quality and was able to engage completely in the discussion,” he said Wednesday.

“Having the ability to leverage remote participation will help allow working professionals who travel for business to still volunteer for boards and committees,” he said.

Pare also said he thought the experience was a positive one for some of the same reasons as Lapointe.

“It’s great that people with careers that may require some travel are able to still participate even when they are out of town,” he said.

Pare, however, added it will take some getting use to. For instance, at one point in the meeting he had to be reminded the law requires a roll call vote, rather than a voice one, even on minor matters.

“It was a little awkward if I’m being perfectly honest, but only because it was the first time I’ve dealt with that situation and the fact that we had to do a roll call vote per the law on every item,” he said.

The remote participation was a first for the council, but not for all of North Attleboro government.

School committee Chairman James McKenna said his board has used it a few times. One time he remembered was when Adam Scanlon, who was a member at the time, got sick and was unable to leave home.

“Worked out with no hiccups,” McKenna said.

Other area municipal governments are adopting remote participation, although it is not in wide use.

Plainville Town Administrator Jennifer Thompson said her town has had it since 2015, but she can only remember selectmen using it once. That instance went smoothly, she said.

Attleboro City Council President Mark Cooper could not be reached for comment.

The website of state Attorney General Martha Healey spells out the regulations for remote participation.

It says it has to be adopted by the board or the chief executive of a city or town.

“Once remote participation is adopted, any member of a public body may participate remotely only if physical attendance would be unreasonably difficult,” the website states.

The law allows the use of “telephones, the Internet, or satellite-enabled audio or videoconferencing, or any other technology that enables the remote participant and all persons present at the meeting location to be clearly audible to one another.”