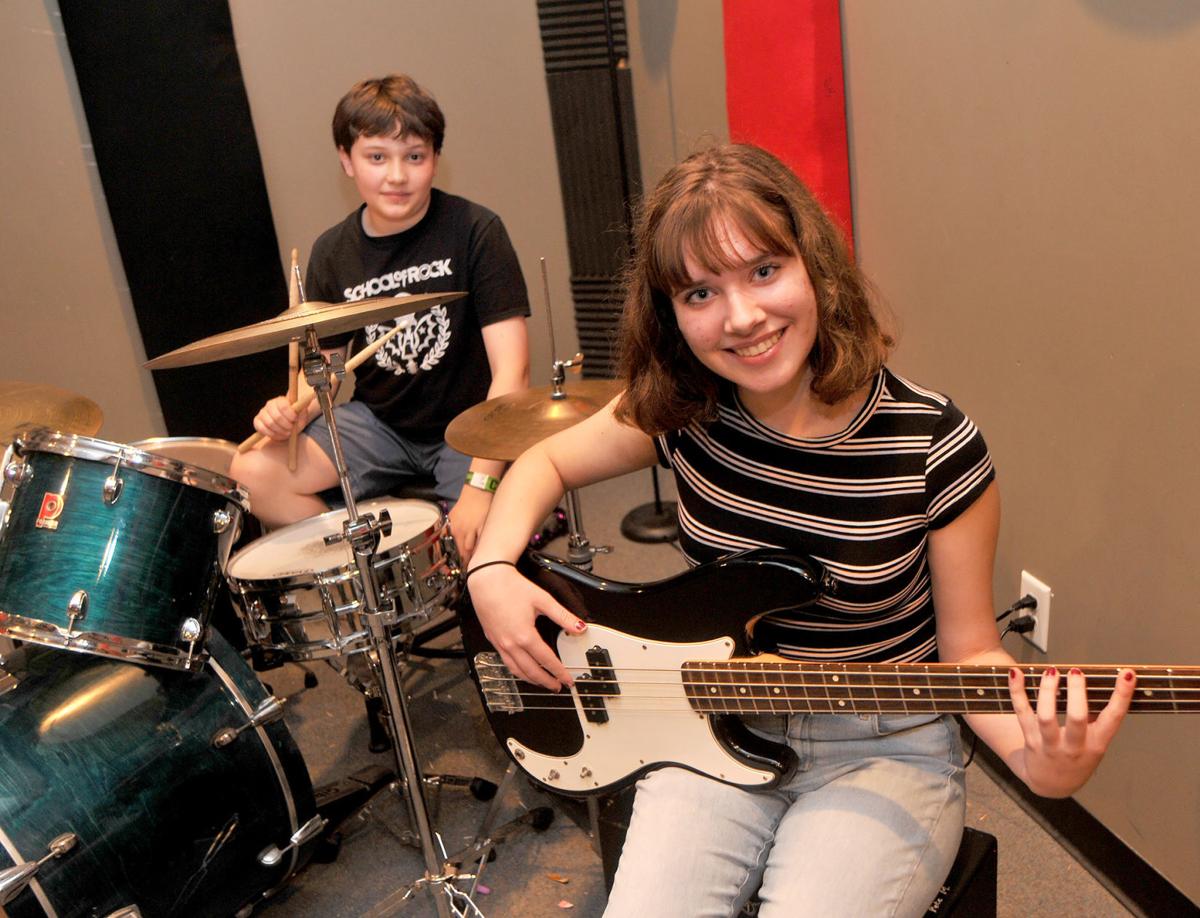 Bass guitar student Abby Dawson, 15, of Riverside, R.I., and percussion student Matt Arenburg, 13, of Attleboro, both students at the School of Rock in Seekonk, were on stage recently at TD Garden in Boston performing with Roger Waters, formerly of Pink Floyd. 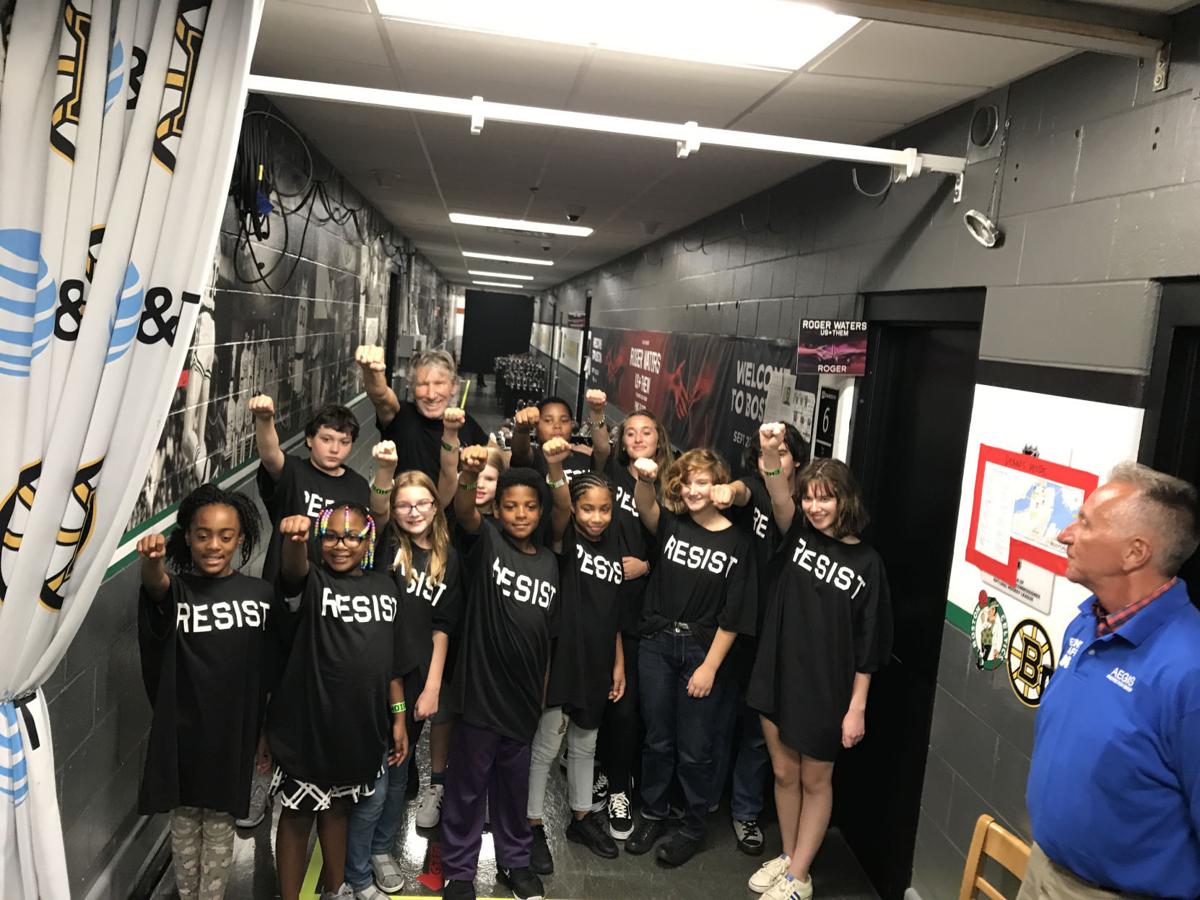 Rock legend Roger Waters poses backstage with Seekonk School of Rock students who appeared with him onstage Oct. 4 at TD Garden in Boston.

Bass guitar student Abby Dawson, 15, of Riverside, R.I., and percussion student Matt Arenburg, 13, of Attleboro, both students at the School of Rock in Seekonk, were on stage recently at TD Garden in Boston performing with Roger Waters, formerly of Pink Floyd.

Rock legend Roger Waters poses backstage with Seekonk School of Rock students who appeared with him onstage Oct. 4 at TD Garden in Boston.

Abby Dawson and Matt Arenburg are used to performing in front of a crowd. They are both musicians at the School of Rock in Seekonk, and they often play shows in front of audiences of more than 100 people.

The two, along with 10 other young people from the School of Rock and the Boys and Girls clubs, were brought out on stage during a Roger Waters concert at TD Garden, and were able to perform in rhythmic dance alongside the Pink Floyd legend during his song, “Another Brick in the Wall.”

Dawson, a 15-year-old singer and bass player from Riverside, R.I., called the experience “unforgettable,” especially considering it happened on her birthday.

“It was the best present ever,” she said.

She’s been with the School of Rock for two years, and says the TD Garden experience has solidified her love for music and performance.

“When I was up there I got this feeling like, ‘this is what I want to do for the rest of my life,’” she said.

Arenburg, 13, a drummer from Attleboro, also went on stage to dance on stage with Waters, of whom he is a big fan. He described the experience as “incredible.”

“Pink Floyd is my favorite band,” he said.

Dawson and Arenburg both said they felt more than a little anxious right before the performance.

“I was really nervous,” Dawson said.

“I was nervous, but not as much as I thought I would be,” Arenburg added.

They both kept a fairly level head, considering they were only given three days notice that they were actually getting the chance to be on stage with Waters.

Shawn Garrity, 39, who owns the School of Rock, contacted Waters after hearing that he had worked with other Schools of Rock across the country, and brought students out on stage as a part of his show.

“When I heard he was coming to Boston, I thought I’d give it a shot,” Garrity said.

When he found out it was actually happening, his students were ecstatic at the news and eager to learn and practice whatever they needed to for the show. Apparently, there was supposed to be a DVD sent with the instructions, but it never showed up, he said.

Instead, they learned the movements to the dance backstage only a few hours before the show.

The song’s themes of rebellion and breaking the status quo were portrayed through the orange jumpsuits the students wore as they stood in a line at the front of the stage, with Waters in the center. They eventually shed their jumpsuits to reveal black T-shirts with the word “resist” on them.

“The song relates to kids who are trying to resist the system,” Dawson said.

Arenburg and Dawson were able to meet briefly Waters after the show.

“He was great.” Dawson said. “I wish we could’ve talked to him for longer.”