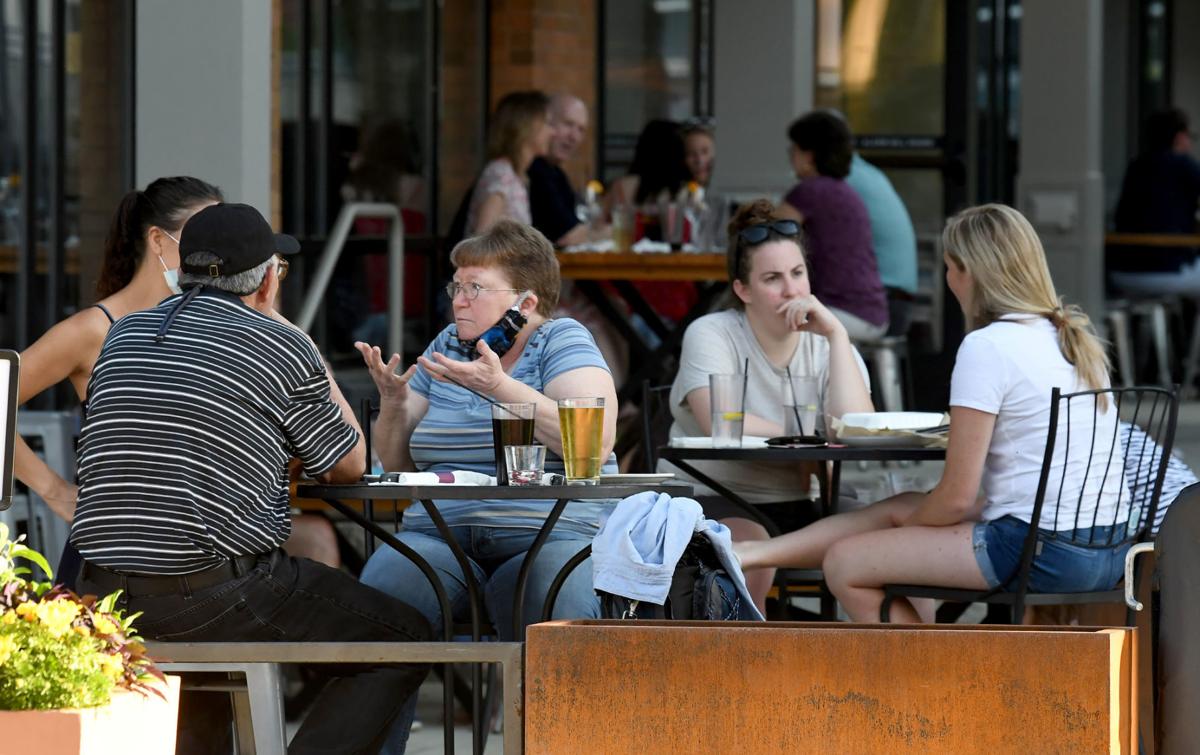 Diners enjoy an outdoor meal and socializing at Patriot Place. 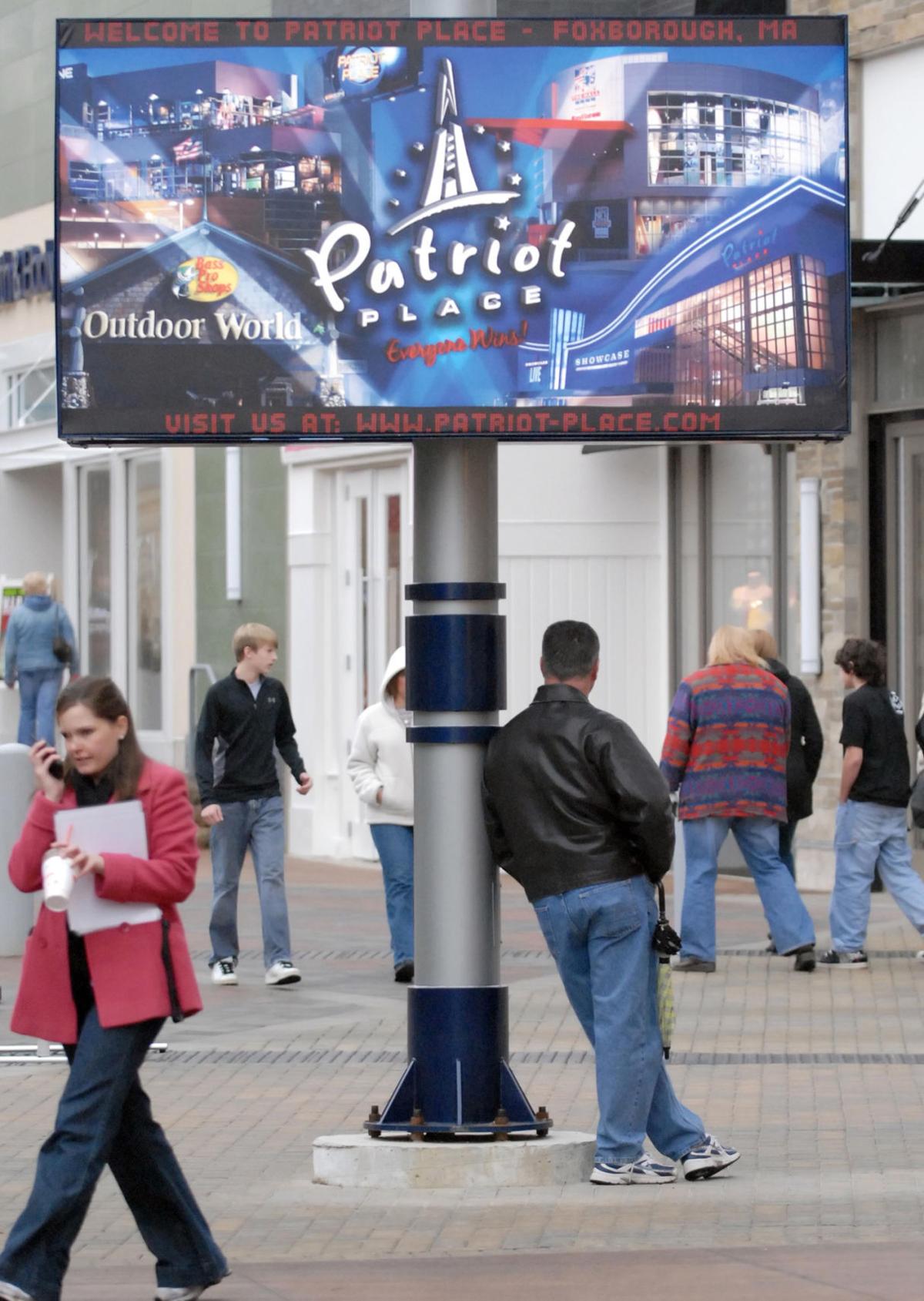 Diners enjoy an outdoor meal and socializing at Patriot Place.

FOXBORO - Weird was the word Friday for what’s going to happen Sunday.

And that’s because what will happen does not involve the New England Patriots charging onto the field at Gillette Stadium to the roar of 60,000 screaming fans behind longtime leader and six-time Super Bowl champ Tom Brady.

There will be no screaming fans and no Brady.

We’ve known that for some time now, but it’s still weird.

Sadly, Brady has donned the uniform of the Tampa Bay Buccaneers and state officials have banned the fans for the first two games at least, fearing the spread of coronavirus.

And it gets worse.

And don’t plan on any tailgating in the lots near the stadium. They’re off limits too.

Double woe is us.

On a cool, cloudy Friday afternoon before the Pats home opener on Sunday against the Miami Dolphins, fans and families strolled through Patriot Place in the shadow of Gillette, eating, drinking, shopping and spending a little time gazing at the empty stadium.

But there were not a lot of people to be found, just as there won’t be on Sunday at Gillette.

Only the ghosts of games past will be roaring Sunday, bouncing off the empty seats, concrete and steel in a bizarro-world echo chamber.

They might as well use the local high school gym or, for football, Tozier-Cassidy Field.

“It’s weird, but it’s been going on since March,” Perosky said. “Most fans don’t give a (expletive).”

Piped-in crowd noise suffices for the usual tumult and the comforts of home make up for it all.

“Home viewing is better,” he said. “The beer’s cheaper and there’s no line at the bathroom.”

“It’s weird but everything is weird now,” he said.

Jack and Betty Sullivan of Ware stopped by after visiting friends on the Cape.

They were on the stadium overlook, which now resembles the overlook at Grand Canyon with people peering into the deep and empty.

Light boards in the stadium were flashing and flickering as if there was someone there to read them, and they’ll be doing the same on Sunday at 1 p.m. when Cam Newton makes his debut as the Patriots quarterback.

Yes, Cam Newton, aka “Superman,” so named for his touchdown celebrations with his former team the Carolina Panthers. They involve pretending to rip open his shirt like Clark Kent revealing the big “S” on his chest.

Pats fans will be hoping he’ll be doing a lot of that and hoping there’s no kryptonite anywhere near Foxboro.

Jack said he’s not expecting great things out of the team this year considering there’s no Brady, even though Newton is no slouch.

Betty echoed the word of the day with regard to the empty seats.

“It’s very weird, but I think it’s going to be the new normal for a while.”

Another football fan, Josh Bundt from Lexington, was enjoying a day off with his family. They were on the ledge, too.

He said he’s not a fan of the Patriots, but is a big fan of Army football as in the U.S. Military Academy at West Point.

That may be because he’s actually a member of the U.S. Army.

But he could comment on the hollow bowls they call stadiums.

Meanwhile, over at the bars and eateries that prominently dot Patriot Place, managers are keeping their fingers crossed.

And that’s about the best they can do.

They’re limited to 50 percent capacity and nobody is allowed to sit at the bars and no standees. Tables are 6 feet apart.

But they’re praying that people who like to watch the games with other people will come out.

Things were quiet at Bar Louie Tavern and Grille on Friday, but manager Rich Repore said they are ready for whatever comes. And he’s hoping it’s a lot of people, or at least as many as allowed.

“It’s a big old unknown,” he said. “It could be busy with people who want to be close to the stadium or not if people stay home.”

Normally, Bar Louie is jammed for a home game or any game.

It’s standing room only, and there’s a lot of that.

The best they can hope for on Sunday is half the normal compliment of tables filled.

“Usually it’s crowded, but we’re not going to get close to that,” Repore said.

The manager at Wormtown Brewery, who identified herself as Khrysta R., said there’ll definitely be a big difference in the size of the crowd. “It will be much different than last season,” she said.

“We’d have a line out the door and we’d be rocking and rolling until eight o’clock at night,” Khrysta said. “It’s definitely going to be a big change.”

There will be inside and outside seating and TVs to watch the game, she said.

The brewery works with nearby restaurants like Capriotti’s to provide sandwiches and other snacks to munch on while patrons imbibe Wormtown’s brews.

But she said she understands the need to guard against the virus.

“I’d rather be safe and keep our guests safe,” Khrysta said.

“We’re going to adjust as best we can.”

Wormtown is raffling off its lounge area where as many as six friends can sit to enjoy the game.

Tyler at Tavolino Pizza Gourmet said he expects his place will be full to the 50 percent capacity allowed under the state edict.

Tavolino’s has a bunch of TVs to make game watching easy and people always show up, game or no game, he said.

Meanwhile, Tavolino’s motto is “Live Well, Be Well and Be Social” (but not too social).