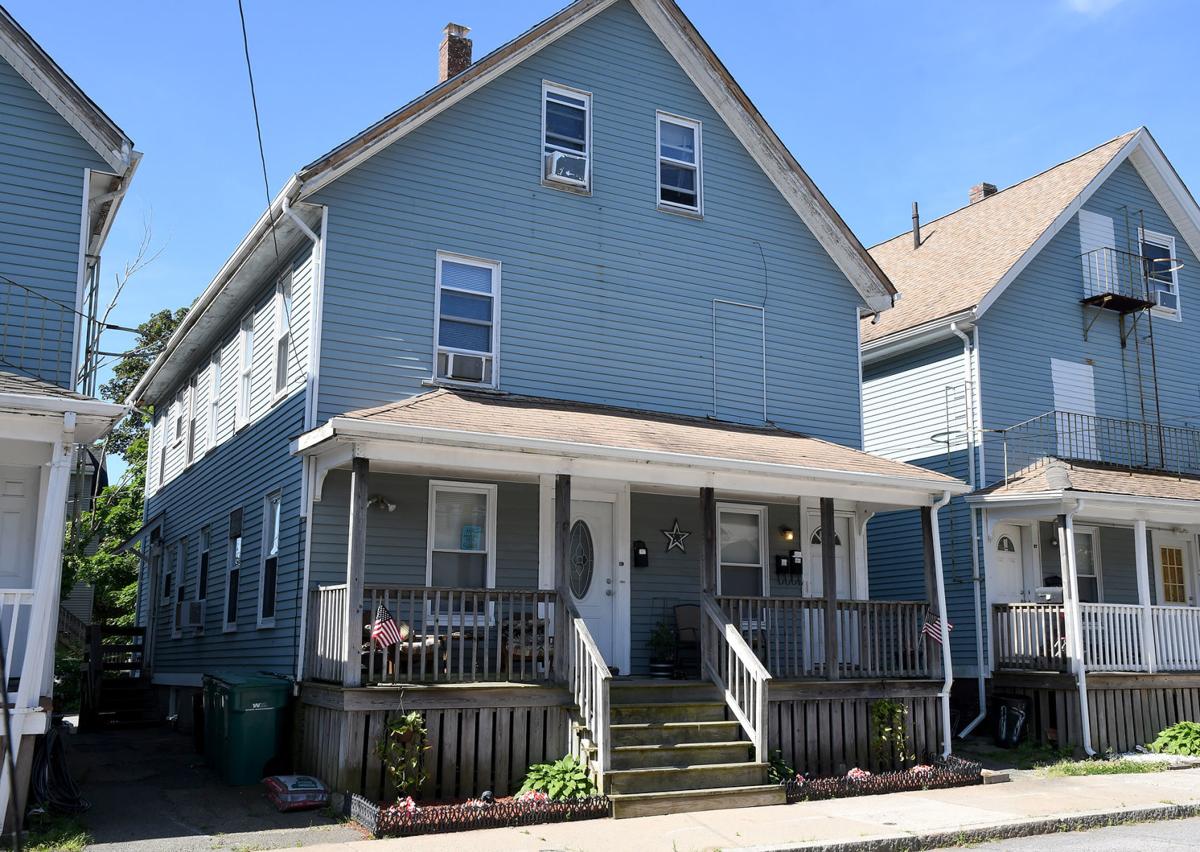 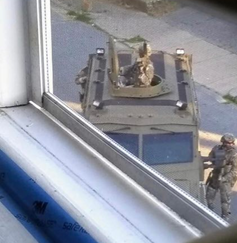 This photo of the search of a Falmouth Street apartment in Attleboro Tuesday morning was posted by a neighbor on social media.

This photo of the search of a Falmouth Street apartment in Attleboro Tuesday morning was posted by a neighbor on social media.

ATTLEBORO — A Falmouth Street apartment was searched Tuesday morning as part of a federal crackdown on a Boston gang.

About two dozen agents from the FBI, the federal Bureau of Alcohol, Tobacco, Firearms and Explosives and state police participated, according to one neighbor.

The Attleboro warrant was one of 11 executed in communities including Fall River, Providence, Brockton, Weymouth, Everett and Boston.

Arrests were made in several of the communities, but no one in Attleboro was arrested at the time of the search, authorities said.

One of the defendants indicated that he had lived at the Falmouth Street address at some point, officials said.

Criminal complaints filed with the case do not include any crimes in Attleboro.

Several guns were seized as part of the investigation.

At a press conference in Boston later in the day, U.S. Attorney Andrew Lelling announced the arrests of 31 people as part of a crackdown on the Boston street gang known as NOB and alleged associates.

“This operation was intended to dismantle the NOB gang,” Lelling said.

The gang is connected to shootings, beatings and prostitution across the region, according to Lelling.

NOB stands for Norton, Olney and Barry, which are street names in the Dorchester section of Boston.

“Dismantling violent gangs is a top priority of the Justice Department. Operations like these have a direct, beneficial effect on the neighborhoods in which these gangs sell drugs and shoot each other,” Lelling said.

“Today’s arrests are also a reminder that well-funded, professional police departments are not optional, but crucial, for protecting the safety of our communities,” Lelling said.

“Today in the federal system, they will be held accountable. Today we send a message to the people of Boston and the Commonwealth of Massachusetts — we have your back. Even in a time of anti-police sentiment, we will do our jobs.”

“Today we saw that organized crime is no match for law enforcement. As alleged, many of the individuals arrested today have engaged in a ruthless and senseless string of attacks and murders, terrorizing the communities in which they operated all across the state,” Joseph Bonavolonta, special agent in charge of the FBI Boston office, said.

“Some were involved in violent crimes as far away as Maine, Connecticut, and Rhode Island,” Bonavolonta said.

“As a result of our combined efforts, the threat posed by this criminal organization has been neutralized, and the members and associates of this vicious gang will now have to answer for their horrible crimes,” he said.

The arrests were the culmination of a “meticulous year-long investigation,” Bonavolonta said.

Many of the crimes were committed by suspects who were wearing GPS bracelets after having been released on bail for previous offenses, Lelling and Gross said.

“What really struck me was the degree of brazen violence committed by some of these defendants, as alleged in the complaint, while they’re already on release for other state charges,” Lelling said.

The crimes alleged while some were out on bail and wearing GPS bracelets demonstrate that state charges and associated penalties were “not enough of a deterrent,” he said.