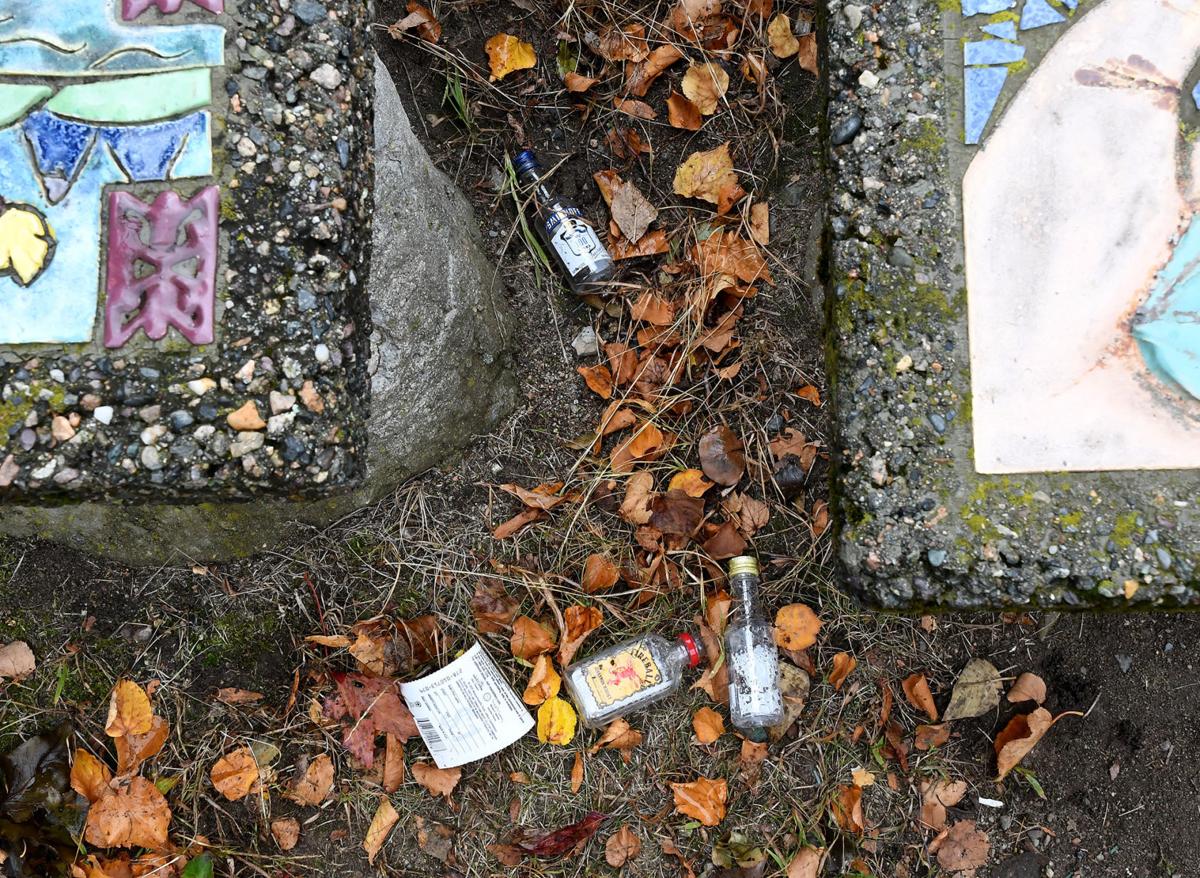 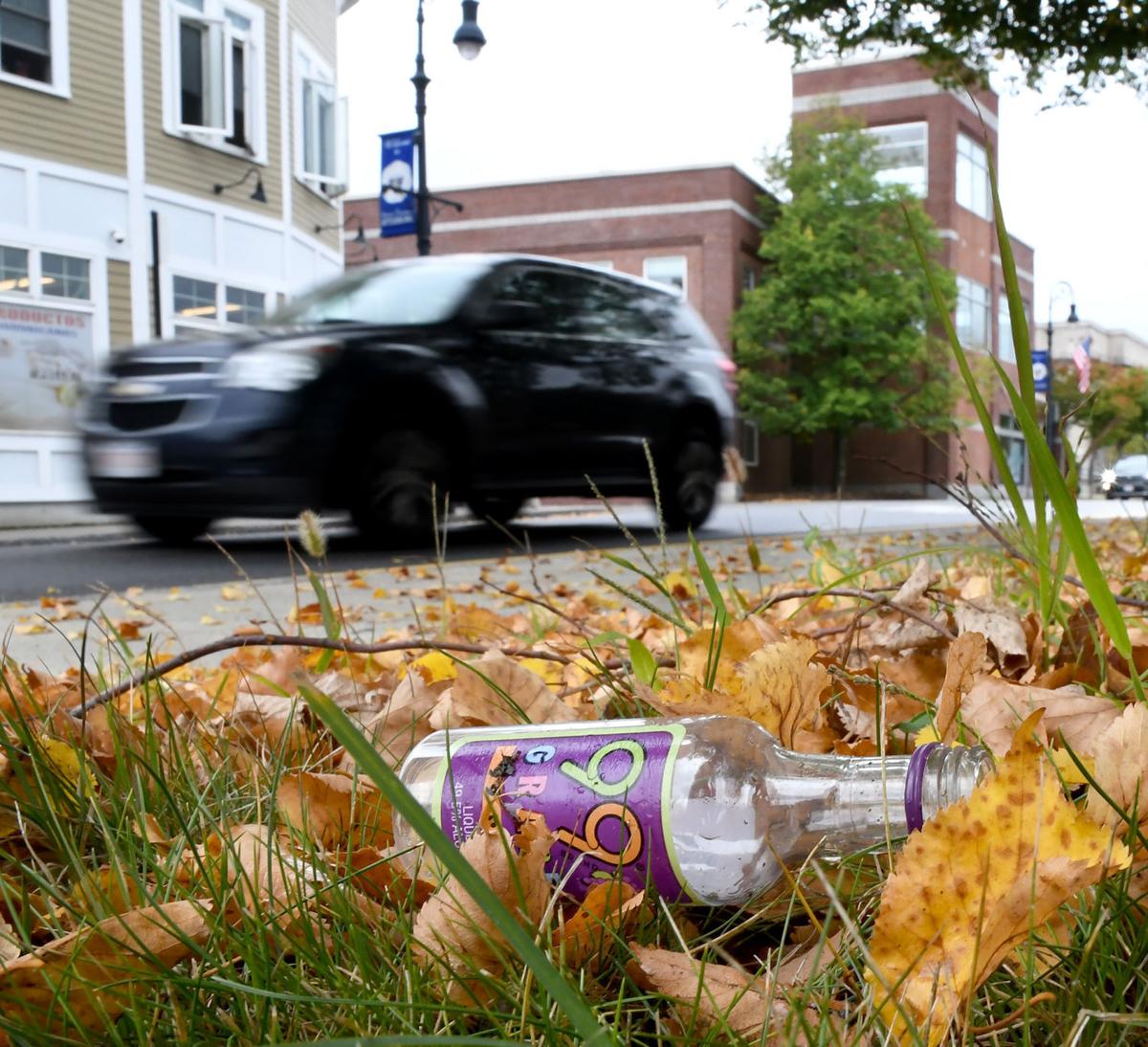 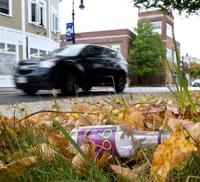 A plastic nip bottle on the side of the road in downtown Attleboro. Mayor Paul Heroux is proposing to ban the nip bottles, which are often discarded on the street. 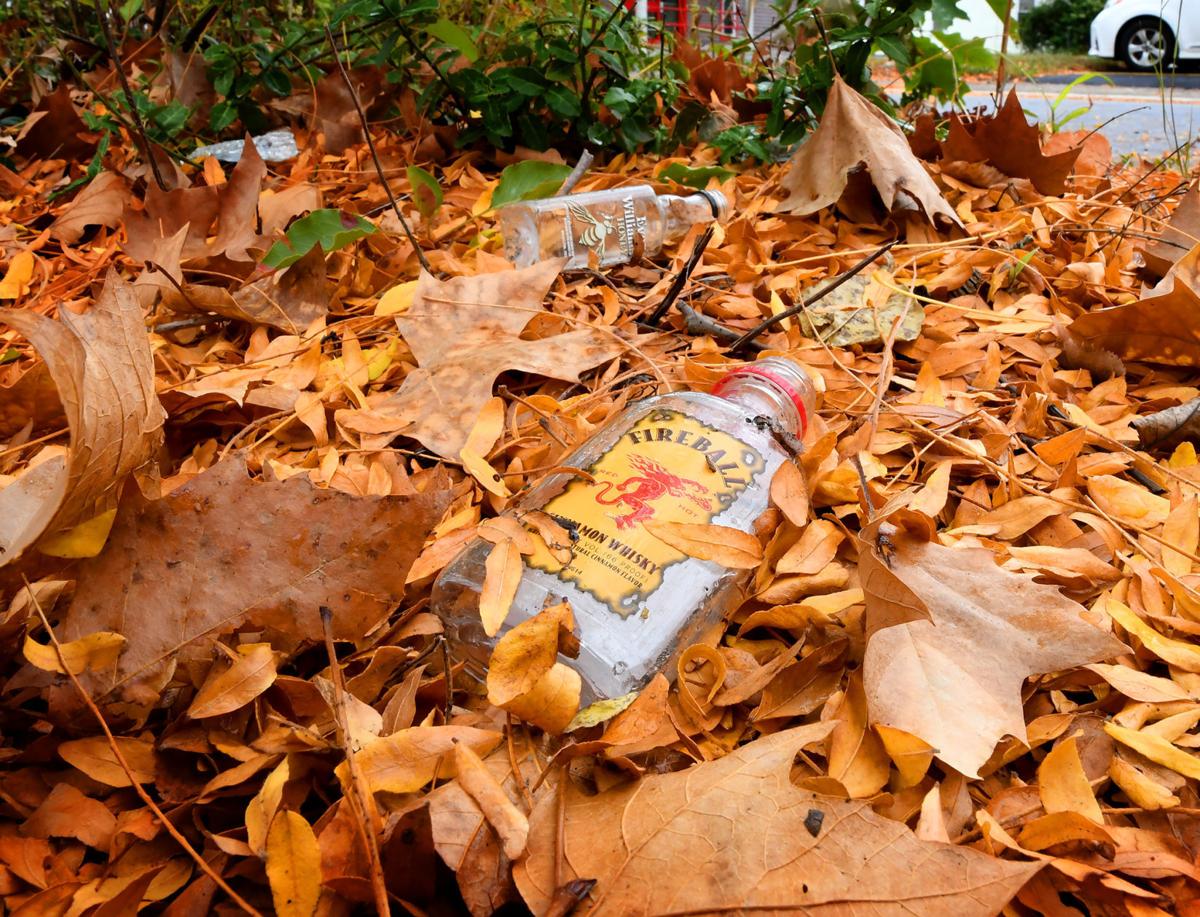 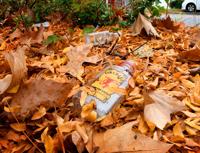 A plastic nip bottle on the side of the road in downtown Attleboro. Mayor Paul Heroux is proposing to ban the nip bottles, which are often discarded on the street.

They banded together with wholesalers and other groups to buy a full page ad in The Sun Chronicle urging city councilors to vote against Mayor Paul Heroux’s proposed ban on the 50 ml (1.7 ounce) bottles that typically sell for about $1.

A ban would hurt the stores financially in times that are already tough and would do nothing to stop the littering that the mayor has targeted, they said.

Nil Patel, a manager at Attleboro Wine & Spirits at Park and Pleasant streets, said a ban would merely drive customers out of town.

The customers would come back and continue to litter, he said.

In the meantime, package stores like Attleboro Wine & Spirits would take a big financial hit.

He estimates that the sale of alcohol in small volumes account for 20 to 40 percent of the store’s business.

“It’s a better idea to put a deposit on them,” Patel said.

Attleboro Wine & Spirits, owned by Nil’s brother, Peter Patel, has a sign on its counter urging customers and others to protest the potential ordinance. The sign includes the words, “Don’t Pick on the Little Guy.”

Patel said customers like to buy inexpensive small volumes if they just want to go home and have one or two drinks. It’s a way to help regulate the amount of drinking and keep it inexpensive, especially in hard times, he said.

“A lot of our blue collar customers are used to having those (nip bottles) and they use them for moderation purposes,” he said.

Meanwhile, the ban would cost City Spirits tens of thousands of dollars a year, he said, noting that the store, owned by Mike Foster, supports fundraisers for three local organizations including Capron Park Zoo, the YMCA and Attleboro Arts Museum every year.

“We are all for cleaning up the city,” he said. “But we believe this battle should be fought differently.”

It doesn’t make sense to hurt small locally owned businesses that provide jobs, he said. “We agree with what he’s trying to do, but it would move money out of the city,” DeFronzo said. “It’s going to hurt bad.”

The reaction among customers was strong as well.

They are uniformly against it, he said.

Meanwhile, Ray Roy, the general manager at Yankee Spirits in South Attleboro, one of the sponsors of the ad, also wrote a letter to the editor. “This is the most challenging economic environment that I’ve ever seen, and our independent business community is struggling,” he said. “For months, we’ve had to juggle staying open while keeping our employees and customers safe, especially now with a new surge of Covid-19 cases in town.”

He said the nip bottles are one of the stores most popular items and customers will simply go to another town or to Rhode Island to get them.

He added that liquor stores want to help with the litter problem.

“Yankee Spirits and others here in Attleboro are asking Mayor Heroux and the municipal council to work with us to find a solution for cleaning up the town …” Roy said.

The nip bottle ban is one of nine ordinance additions Heroux has put before the city council in an effort to make the city “cleaner and greener.”

The mayor is also seeking to ban the public from releasing balloons into the air, which is frequently done to celebrate something or memorialize someone.

However, the balloons eventually come down and are sometimes consumed by wildlife or simply cause more litter that does not decay.

Public hearings were slated for each proposal separately Tuesday night.

Those who want to participate can do so in person at City Hall or via the online platform Zoom.

The City Hall audience will be limited. For those who would like to participate via Zoom, this is the link: https://zoom.us/j/63685746