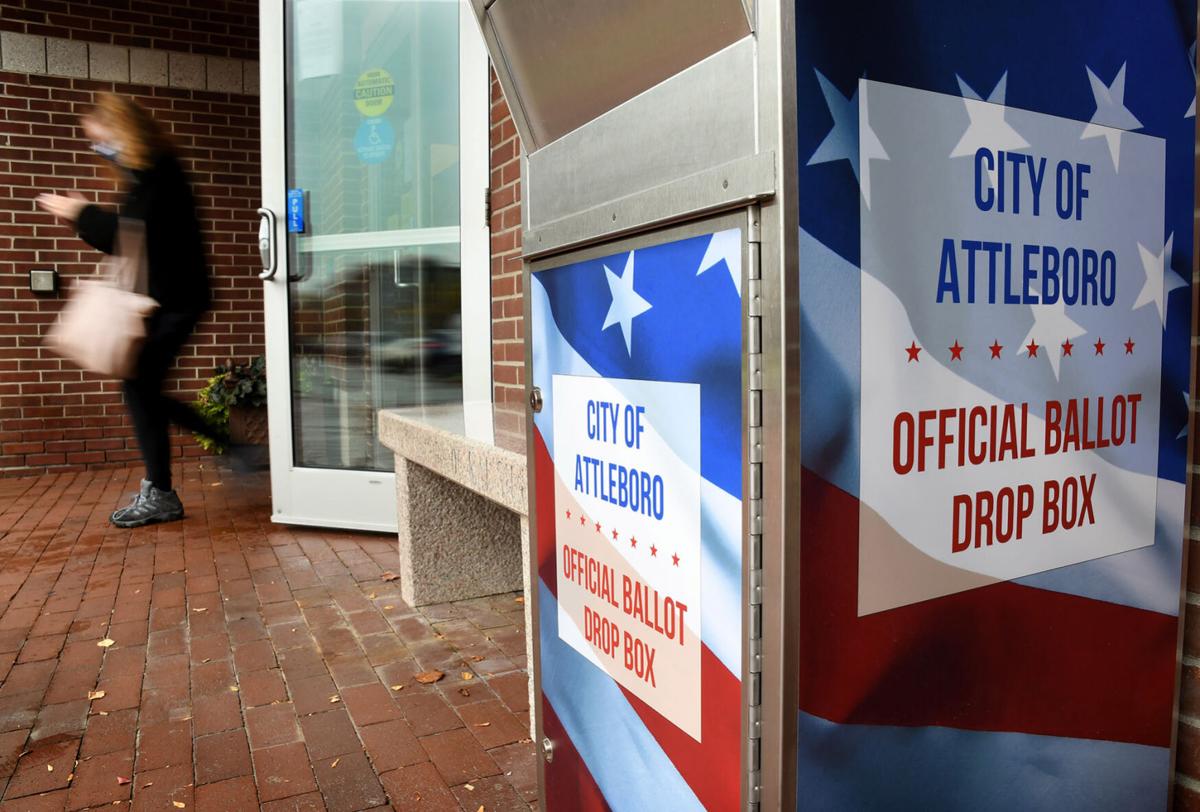 A ballot dropbox awaits voters in late October of last year in Attleboro. City residents took advantage of it and mail-in voting allowed due to the pandemic.

Last week she filed a bill called the MAIL-In Voting Act to do just that.

“The bill is a new piece of legislation to retain and expand the vote-by-mail system that was implemented last year in response to the COVID-19 pandemic,” Rausch, one of two state senators representing The Sun Chronicle area, said in a press release.

That law that enacted the system is set to expire on March 31.

“This legislation is a critical provision to expand ballot box access and maintain a tremendously successful voting system in the last general election, with Massachusetts receiving its largest voter turnout percentage in almost 20 years,” Rausch said.

She said more than 40 percent, or at least 1.4 million, of the 3.6 million voters who cast ballots in the November presidential election were cast by mail.

Lawmakers implemented the system last year because of concerns that coronavirus could be spread at what are typically crowded polling stations in a presidential election.

“With over 40 percent of eligible voters casting mail-in ballots in the 2020 general election, Bay Staters sent a resounding message that they want comprehensive election reform,” Rausch said. “My MAIL-in Voting Act gives Massachusetts voters what they so clearly want and deserve — expanded and enhanced access to mail voting to promote full participation in the democratic process.”

Not everyone is on board.

Mass GOP Chairman Jim Lyons opposes the proposed law in the wake of some claims of mail-in ballot fraud in other states.

“The public should have zero doubts as to the integrity of election results,” he said in a news release. “A permanent system where unsupervised voting is the norm, held in settings that are unsecure, is no way to ensure the public’s faith in the system.”

One of the main provisions of Rausch’s bill allows voters to become permanent mail voters at the time of registration, which means they would automatically get a ballot for every eligible election.

Another would allow ballots postmarked by Election Day for primaries and general elections to be counted if received within 10 days thereafter.

It would allow vote by mail in municipal elections.

And it would allow communities to opt out of providing police details at polling places and would require employers to provide two hours of paid leave for employees for the purpose of casting a vote in person or by mail.

There are 11 sections of the bill in all.

All told, the Massachusetts turnout was 76 percent in the November election, which is about 1.5 percentage points higher than the 74.5 percent recorded in 2016 when the state did not have mail-in voting.

The 76 percent was the highest since the 1996 election when the percentage was just over 75 percent.

During that period, the lowest turnout was just over 68 percent in 2000.

Turnout for presidential elections in recent times is typically in the low- to mid-70 percent range and has been since the first “motor voter” law, which allowed voters to register while transacting business at the Registry of Motor Vehicles. It was passed in the mid-1990s.

Before that, turnout for presidential elections was generally at least 80 percent and sometimes went up to the high 80s.

Those figures indicate the motor voter law registered more people, but not all of them voted.

So Becky wants to continue the FRAUD !! (not that it really matters in Blue State Mass). You had 300 people inside the Capitol (out of 75 Million) over this issue (Voter Fraud) and she wants to continue with it...…..Priceless !!