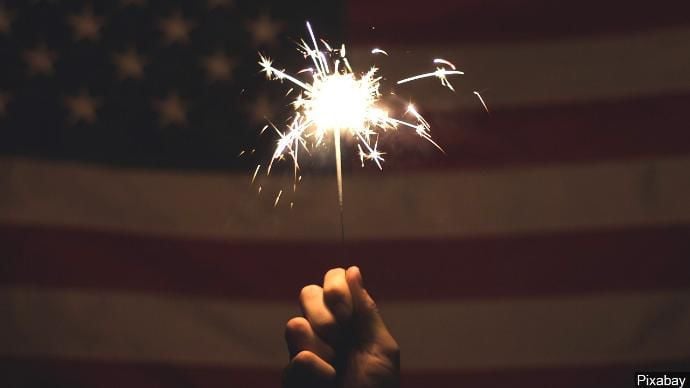 Sparklers, which are popular with young children and many people believe are safe, can burn at temperatures of up to 1,800 degrees, according to the fire marshal's office. 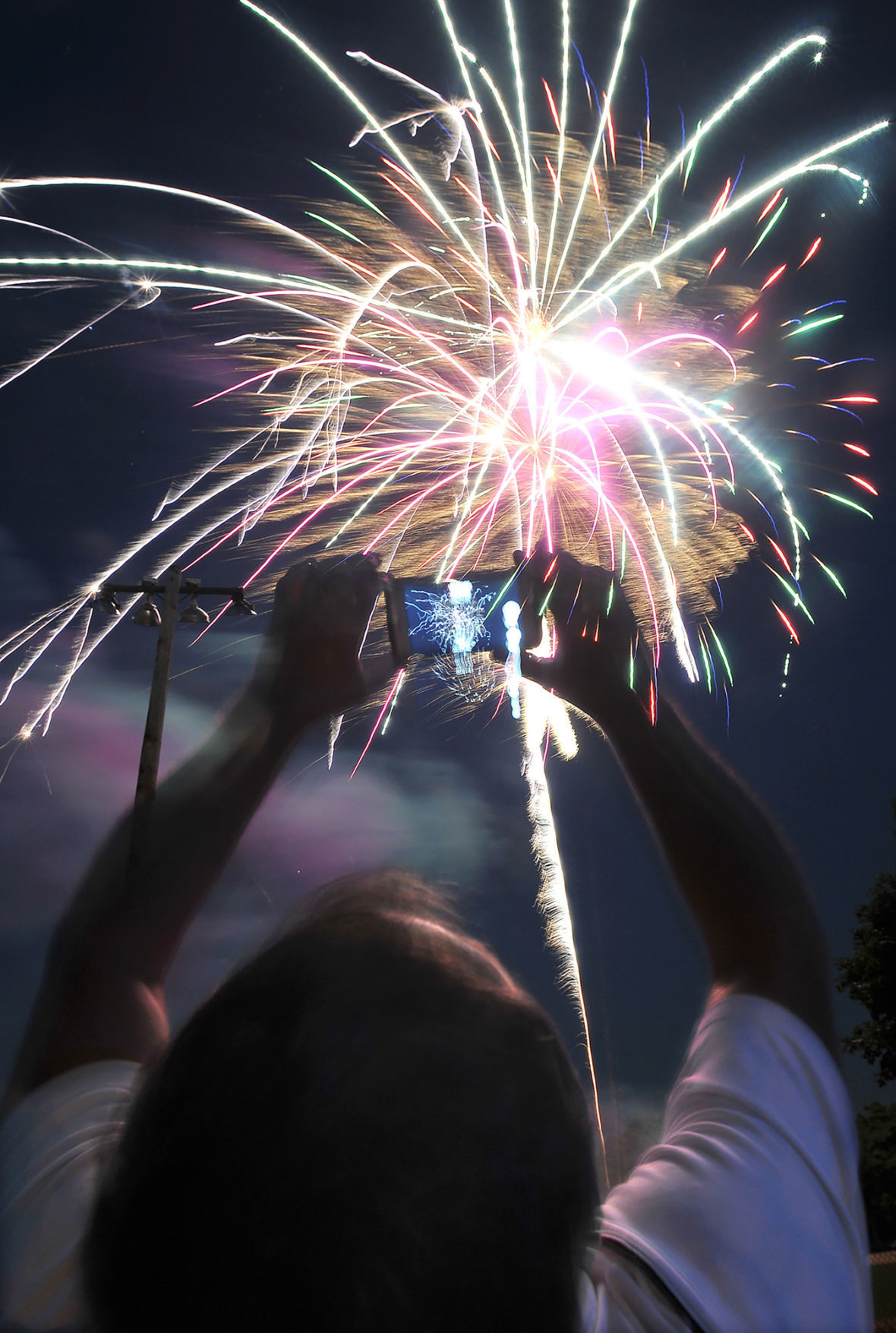 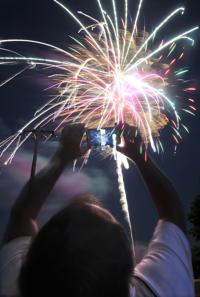 A spectator records the bursts on his camera phone as fireworks light up the night sky over Hayward Field in Attleboro on July 3, 2019, during the city’s annual Third of July celebration. 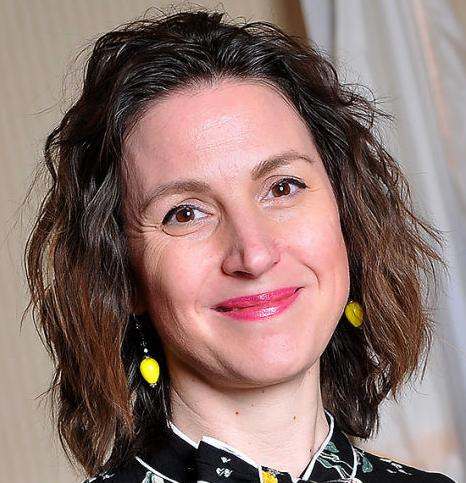 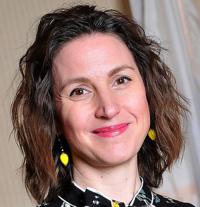 Sparklers, which are popular with young children and many people believe are safe, can burn at temperatures of up to 1,800 degrees, according to the fire marshal's office.

A spectator records the bursts on his camera phone as fireworks light up the night sky over Hayward Field in Attleboro on July 3, 2019, during the city’s annual Third of July celebration.

ATTLEBORO — City Councilor Diana Holmes is getting ready to fight for the right to have fun with fireworks and for the state to collect the tax cash their sale could generate.

She's put out a plea for help in getting a ballot question before the voters, which if approved, would legalize the sale of consumer fireworks in the Bay State.

In a letter to the editor to The Sun Chronicle, she pointed out that Massachusetts is the only state in the nation that has a total ban on the sale of consumer fireworks, including firecrackers, bottle rockets and sparklers.

It’s not just illegal to sell them, it’s also illegal to possess and use them, under MGL Chapter 148 Section 39.

Anyone caught selling fireworks can be arrested, fined between $100 and $1,000 and imprisoned for up to a year.

Those caught with fireworks in their possession can be fined from $10 to $100 and the fireworks can be confiscated.

While the sale and possession of fireworks are against the law, there are clearly a lot of law breakers.

They may be unseen, but they are not unheard.

And now is the time they're starting to make themselves known, with the bangs, booms, fizzles and crackles breaking out usually as night settles in and especially as the 4th of July approaches.

Holmes wants to see all that made legal.

It’s a source of entertainment available everywhere but here, and the shutdown caused by the pandemic has made that more clear, she said via email.

“Since the pandemic, fun has pretty much been cancelled,” she said. “This is the perfect time to introduce the use of consumer fireworks!”

The pandemic caused financial harm to many businesses and, as a result, tax collections. Fireworks sales could help refill the coffers and is another source of income that should be taken advantage of by the state, she said.

And the cash is not insignificant.

In 2020 when professional fireworks shows were being cancelled all over the nation due to the virus, the sale of consumer fireworks exploded, so to speak, nearly doubling.

And it appears consumer fireworks is a growth industry.

Sales have increased every year since 1999, when the take was $333 million.

Holmes said neither she nor family nor friends would benefit from the sale of fireworks. She said her only iron in the fire is to bring the state into step with the rest of the nation and provide an opportunity for family fun.

“I do have friends and relatives who would benefit from the excitement that it would bring to family gatherings and summer cookouts, though,” Holmes said.

Holmes knows getting fireworks legalized in Massachusetts will be tough.

One of the latest attempts was in 2016 by former state Rep. Richard Bastien of Gardner.

He put forth the same economic arguments proffered by Holmes.

“This is not the first time that this has been attempted, but hopefully it will be the last time and will be successful,” Holmes said. “Trying to create a ballot question is not an easy task and will take a lot of effort to make this a reality.”

“The response has been great from the individuals I have spoken with,” she said.

But there are some who don’t think it’s such a great idea.

Those are the people who have to respond to the burns, blown off fingers and sometimes tragic deaths caused by fireworks.

All told the CPSC estimated that 10,000 injuries were treated in hospital emergency rooms. Most injuries occur in a limited time period.

Attleboro Fire Chief Scott Lachance said those in his profession, which is largely an emergency medical response service now, are flat-out against legalizing consumer fireworks.

“Every professional group in Massachusetts is opposed to this idea,” he said in an email.

He said Massachusetts has a relatively low number of fireworks-related burns and lost digits, and he wants to keep it that way.

“The reason there are so few serious injuries in Massachusetts is because they are not legal here,” he said. “It’s the same logic with alcohol and drugs. Reducing restrictions will only cause more injuries …”

According to a report posted on the state’s Department of Fire Services website, 32 people from Massachusetts were treated in emergency rooms for severe burns from fireworks from 2011 to 2020.

In addition there were 941 “major fire and explosion incidents” in the state during that time period.

“The incidents caused 12 civilian injuries, 42 fire service injuries, and an estimated dollar loss of $2.1 million, which is high considering most fireworks fires are outdoor brush fires,” the report said.

The Pyrotechnic Association has a counter. It claims injuries are on the decline and fireworks are safer.

"During this period of unprecedented growth, fireworks injuries have declined dramatically due to industry safety education efforts and the ever improving quality of its products," a post on its website said.

Meanwhile, the man in Attleboro in charge of enforcing the law regarding fireworks, Police Chief Kyle Heagney, took a neutral stand.

“I am not for, nor against, legalizing fireworks,” he said.

But he pointed out enforcing the law is not easy.

“In the past it has proven very difficult to catch violators in possession of fireworks,” he said. “Although we receive numerous complaints about fireworks being exploded, the perpetrators are usually gone by the time the police officer arrives on scene. It’s like chasing ghosts.”

He described complaints about fireworks as “relentless during the weeks leading up to the 4th of July.”

But the numerous calls are often put on the back burner because other emergencies take precedence.

That makes it even harder to enforce.

Heagney’s not sure how the ballot vote would come out, but he has a good idea who would be voting for and against, and that includes man’s best friend.

“If the petition does make it to the ballot, it would certainly be an interesting vote,” he said. “I assume most younger people would be in favor of legalizing fireworks, while older citizens would most likely vote no.”

While the noise is annoying to some it's downright terrifying for animals.

“If dogs could vote there is no doubt they would all vote no,” Heagney said.

Heagney’s been chief for a while and has come to a conclusion about illegal fireworks.

“I think there are three guarantees in life,” he said. “Death, taxes, and illegal fireworks will be exploded on the 4th of July.”

Meanwhile, Holmes is working to assemble a team and get her effort underway.

“If you are interested in helping to create a ballot question to legalize fireworks in the Commonwealth please reach out to me,” she said in her letter.