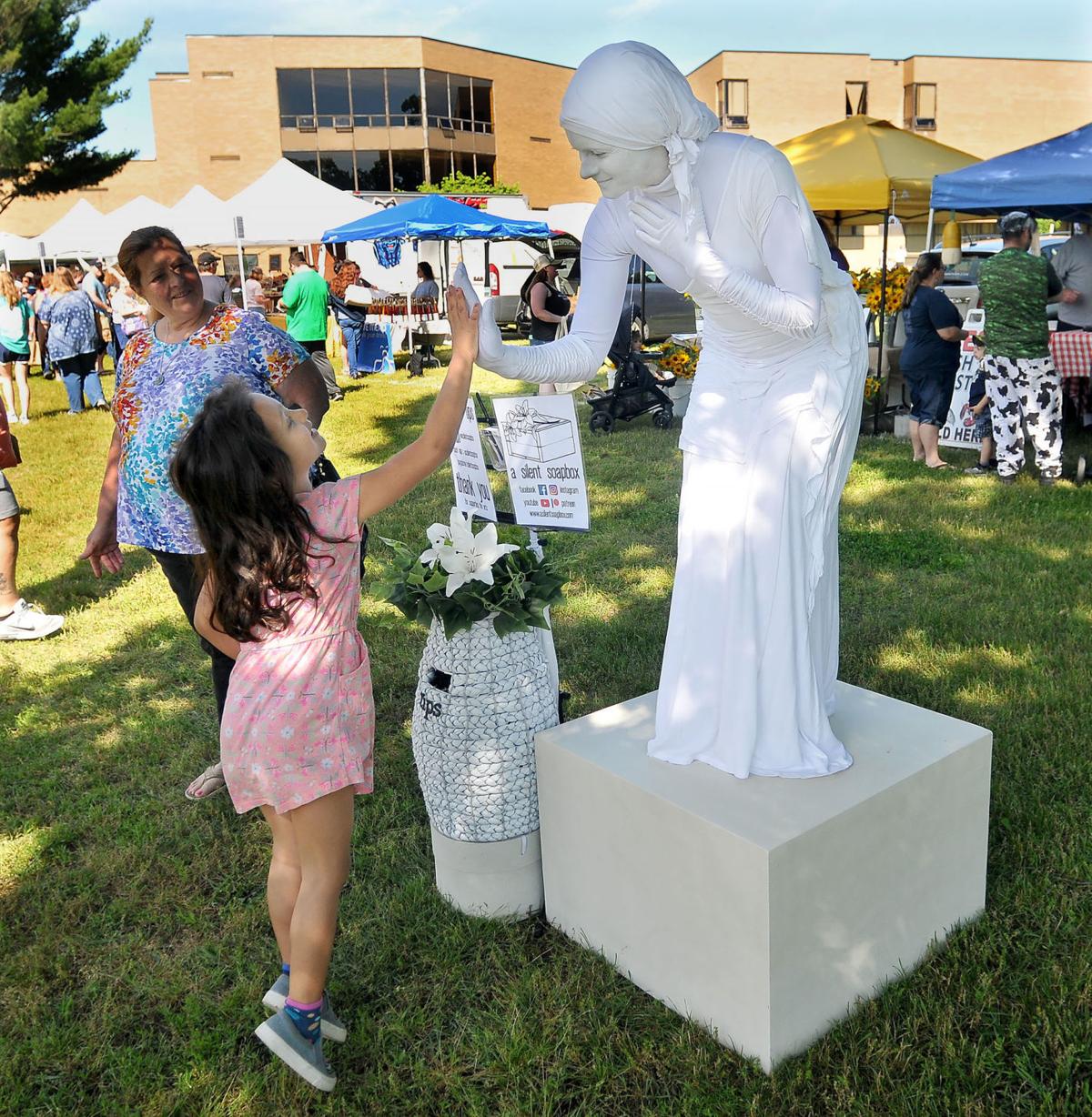 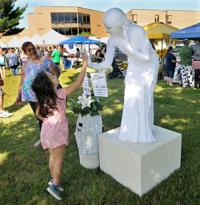 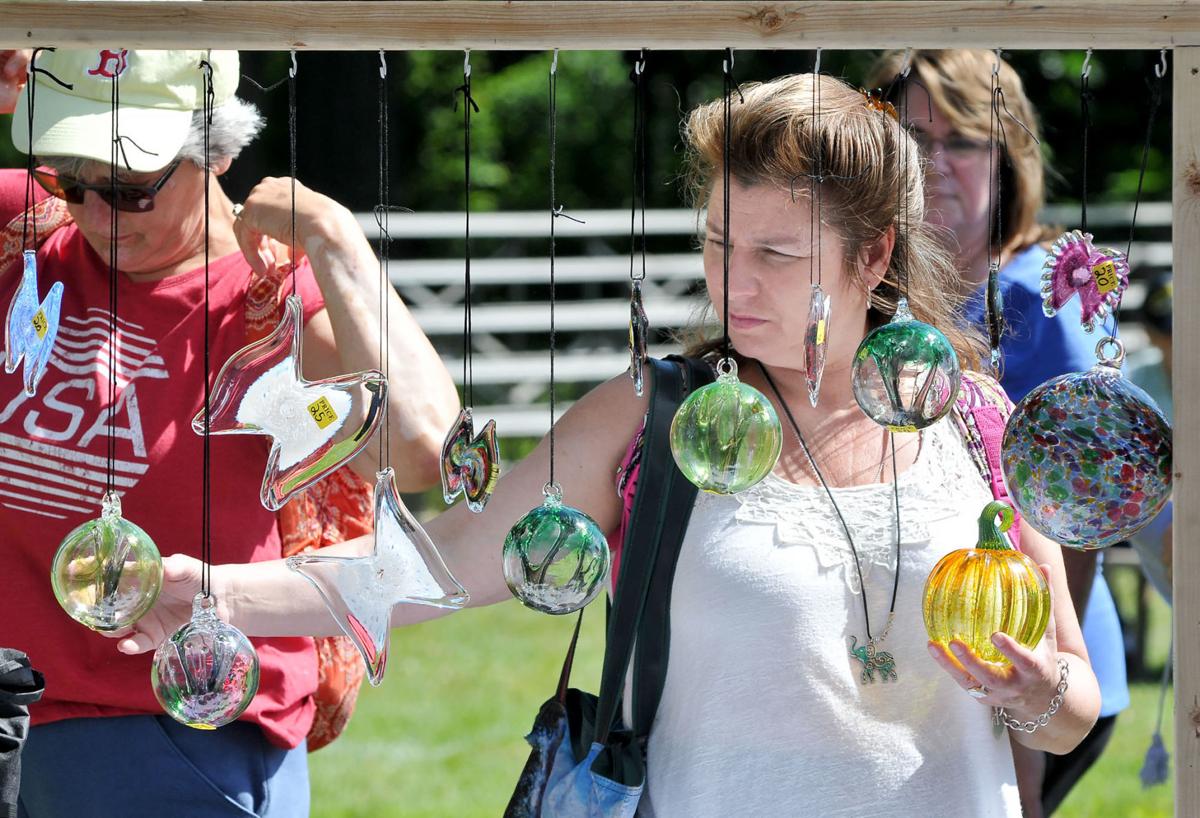 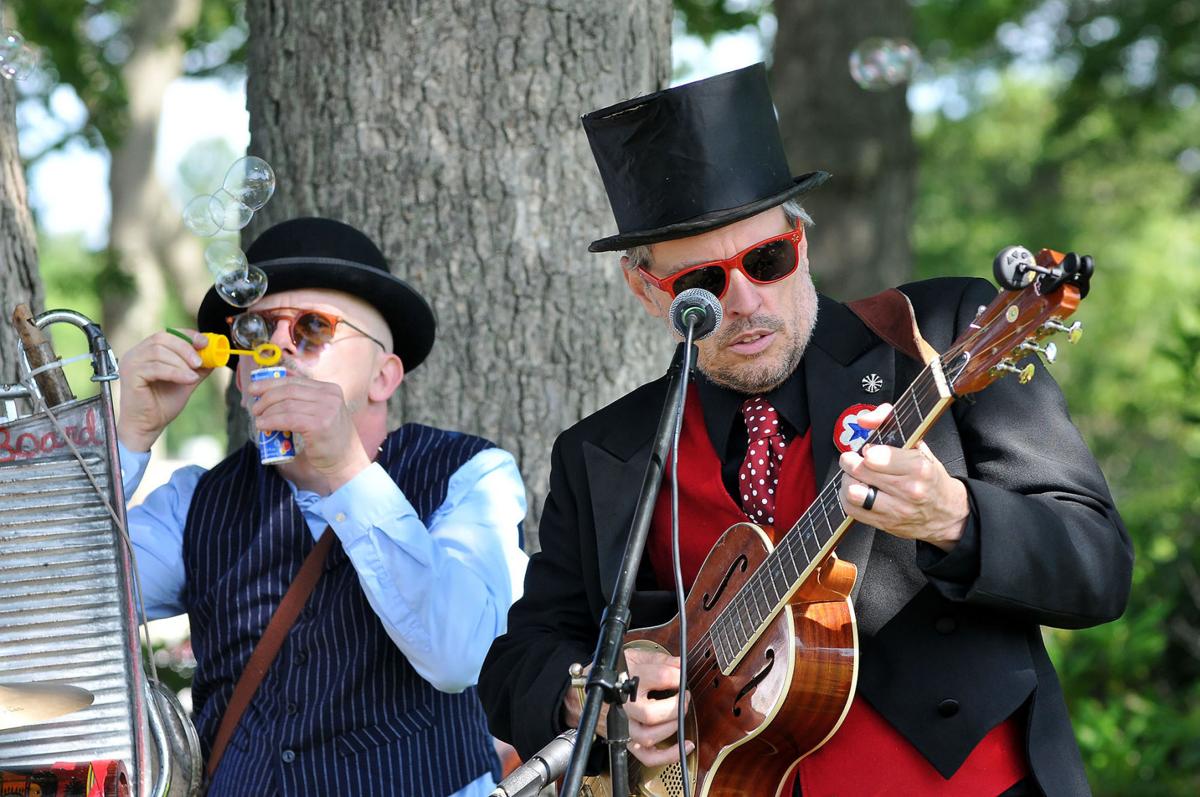 Kevin “Kayola” Byrne of the Busted Jug Band, right, performs as another band member adds some visual effect to the music during opening day of the Attleboro Farmers Market for the season on Saturday. Below: Flowers were among the items for sale by vendors. 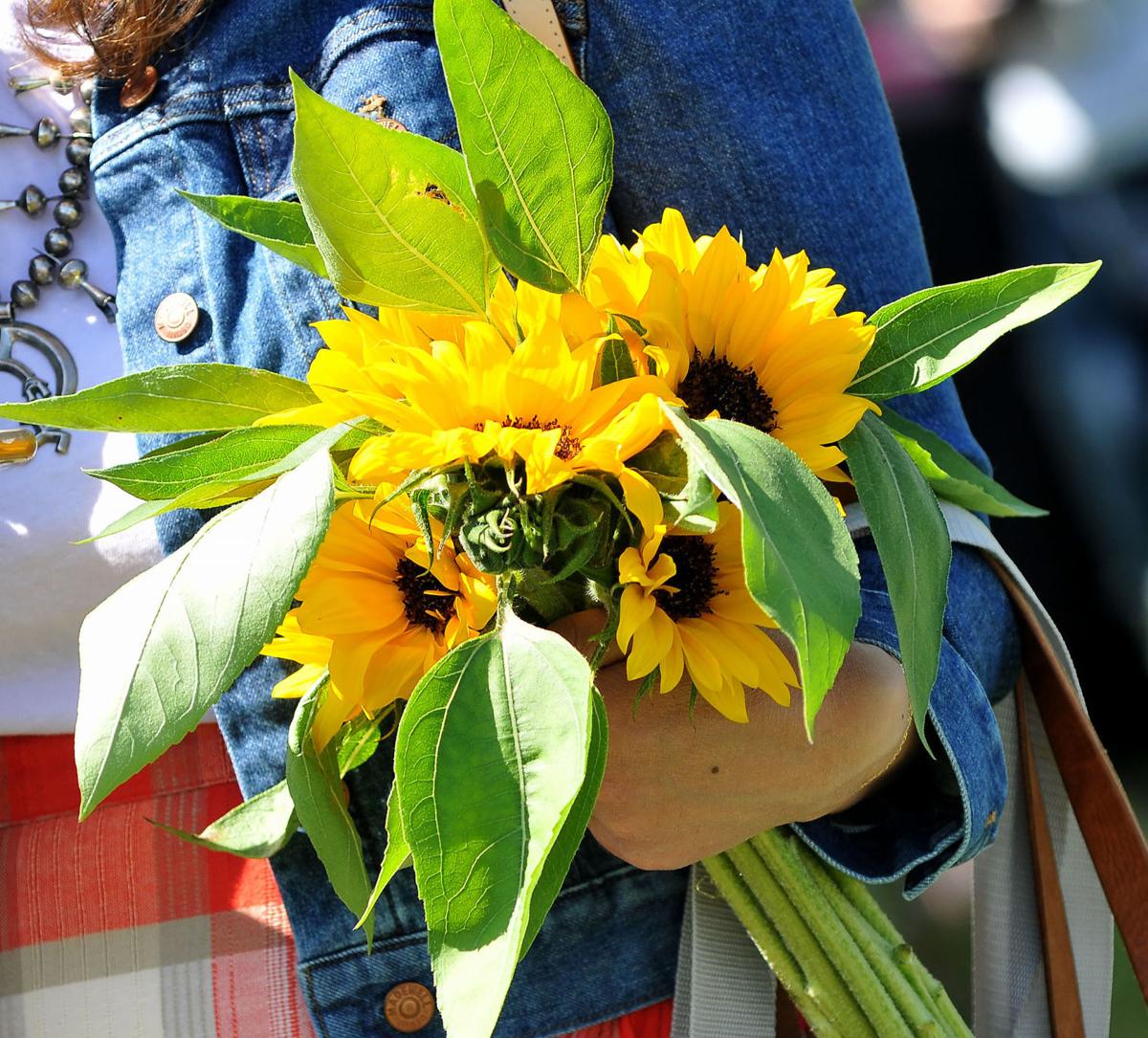 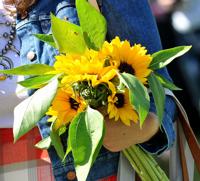 Flowers on sale during the opening day of the Attleboro Farmers Market at Capron Park in June last year.

Kevin “Kayola” Byrne of the Busted Jug Band, right, performs as another band member adds some visual effect to the music during opening day of the Attleboro Farmers Market for the season on Saturday. Below: Flowers were among the items for sale by vendors.

Flowers on sale during the opening day of the Attleboro Farmers Market at Capron Park in June last year.

Even before the farmers market officially opened for business at 9 a.m. Saturday, there were 150 eager people already waiting in line for another season of fresh, locally-grown produce.

By 10 a.m., over 570 patrons — many of whom brought their family pets — were enjoying the ninth season of the farmers’ market, carrying shopping bags laden with items ranging from vegetables and flowers to homemade jewelry, from 73 vendors set up at at O’Connell Field in Capron Park in Attleboro.

The pleasant weather was conducive to sitting at some of the picnic tables as the patrons enjoyed wares from Burgundian Waffles and Pickled Willy’s Food Truck, as well as from Red Harvest’s new brunch tent.

City Council Vice President Heather Porreca, who is also the market’s manager, was overwhelmed with the high volume of happy patrons before the morning was even half over.

By its close at 1 p.m., Porreca’s count of the patrons was well over 11,000 — the most the market has ever had on the season’s opening day.

“It’s phenomenal. I’m really overwhelmed with the support,” she said. “People are really focused on buying local and being in an environment that celebrates these things.”

Chris Brown of Mansfield was one of many patrons who was “super-happy” with the spicy mesclun mix of greens from Flying Carrot Farm, formerly known as Apponagansett Farm, based in Dartmouth.

Brown, who has been coming to the market for four years, “sprang out of bed” when his girlfriend, Ginger Tripp of Attleboro, told him that Saturday was the market’s kickoff for the 2019 season.

“Attleboro puts on a pretty good time,” Brown said. “It’s a great way to get to know your community.”

Tess Gianatasio of Lincoln, R.I., had a shopping bag full of goodies from D’s Lectables and goat milk soap from Elzire’s Acre hanging from the stroller where her six-week-old son Wesley, was taking in the sights, along with his 4-year-old sister Gabby and 2-year-old brother Gavin.

“The kids love it,” Gianatasio said. “They love to come and see everything.”

Chris Sweet, the town treasurer for North Attleboro, was also in the crowd making his “weekly pilgrimage” to the market, juggling a bouquet of sunflowers and a bag full of blueberry bread pudding from Red Harvest, and a few treats from Confectionery Designs.

“It’s a nice happening,” Sweet said. “Heather and the whole crew do a fantastic job.”

Among the new vendors for the season were Winters Farm of Rehoboth, Only Prettier Design Flowers of Norfolk, and Foss Farm of Sandwich, where owner and Braintree chef Douglas Foss was giving out free samples of his five-ingredient tomato sauce.

The sauce captured the appetites of Dean and Christina Meacham of Cumberland, R.I.

“We’re definitely making something with that,” Dean Meacham said.

Some of the popular returning vendors include Products of the Hive, and Langwater Farm. There will be between 40 and 50 vendors regularly until the season wraps up in October.