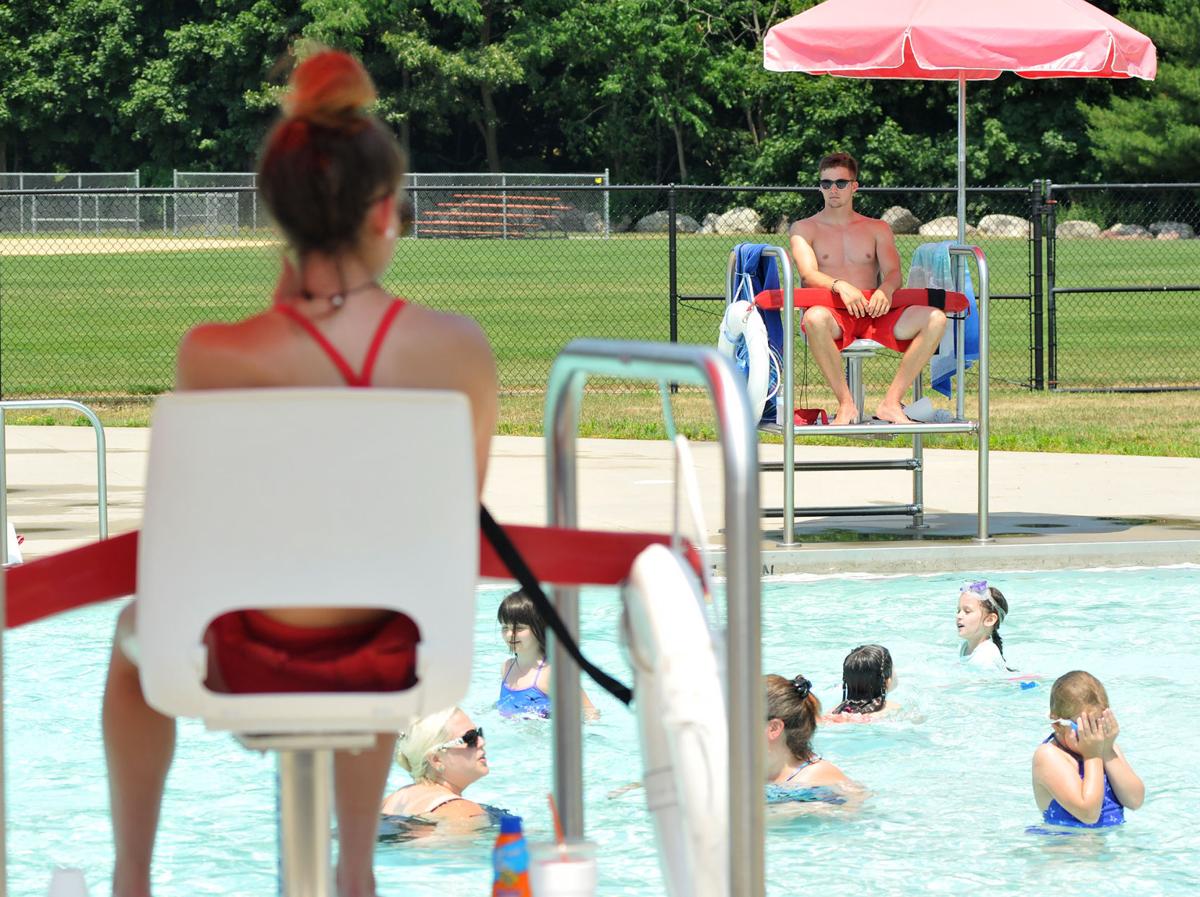 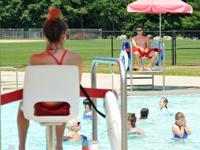 Lifeguards keep watch at the Spatcher Pool in Attleboro in 2018. 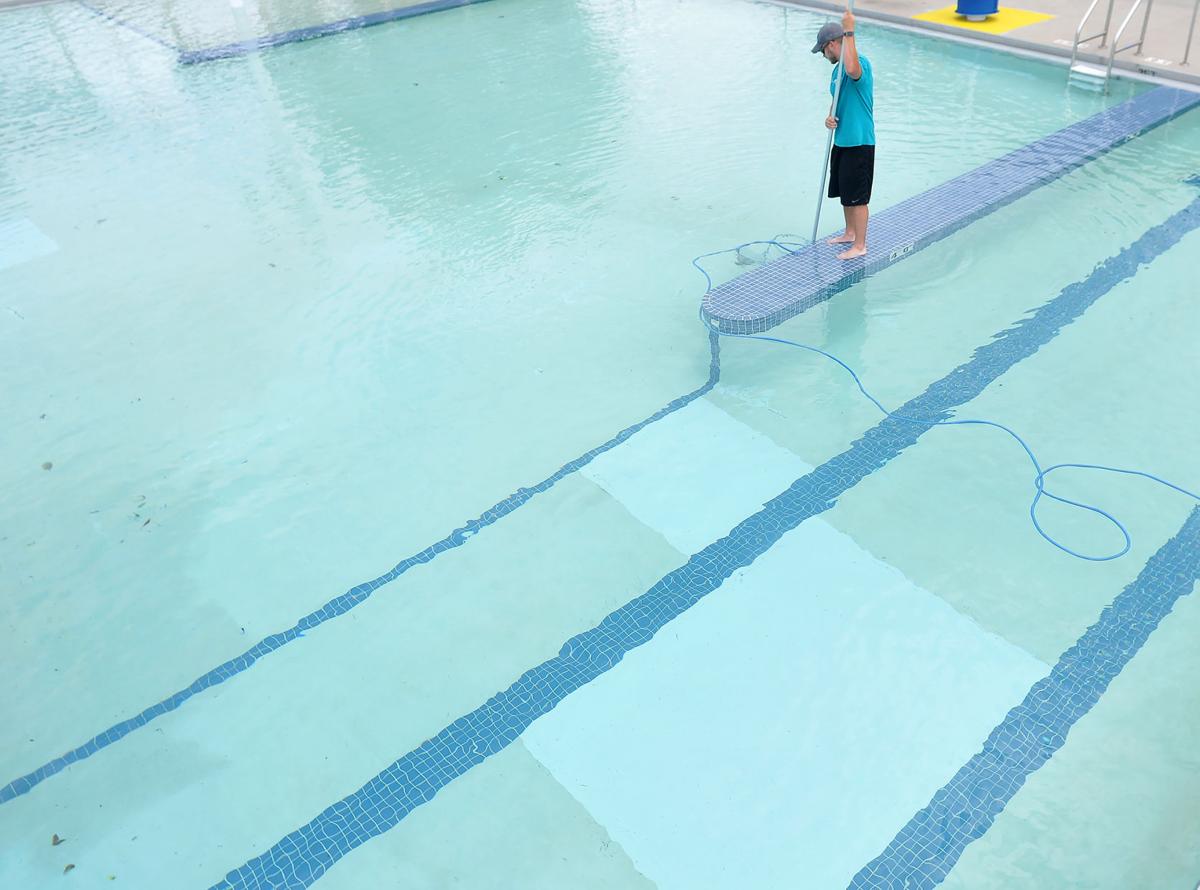 Attleboro Park and Recreation Department employee Max Forkin vacuums the floor of the Spatcher Pool at Hayward Field in June 2019. 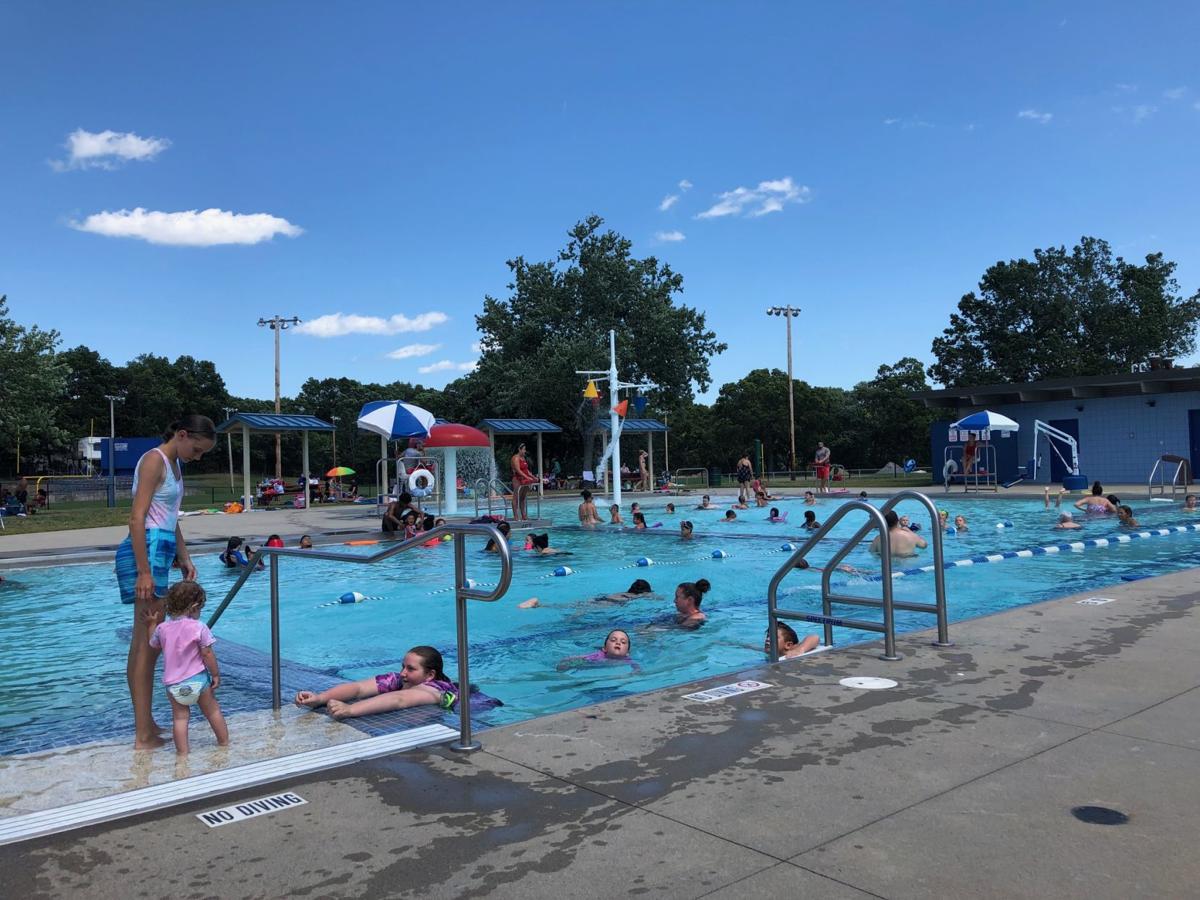 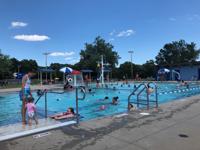 Swimmers seek relief from the high temperatures and humidity at Spatcher Pool in Attleboro in July 2019.

Lifeguards keep watch at the Spatcher Pool in Attleboro in 2018.

Attleboro Park and Recreation Department employee Max Forkin vacuums the floor of the Spatcher Pool at Hayward Field in June 2019.

Swimmers seek relief from the high temperatures and humidity at Spatcher Pool in Attleboro in July 2019.

ATTLEBORO — Lifeguards have been in short supply this summer everywhere, and the city is no exception, having had to close one of three municipal pools due to the shortage.

Dennis Walsh, city recreation director, would like to change that for next summer so he’s getting an early start on training potential guards.

The Friends of Attleboro Recreation are sponsoring a free lifeguard certification course taught by American Red Cross instructors that will be free to nine Attleboro residents from Aug. 23-26. Those interested must sign up by Wednesday.

“The intent of the program is to have lifeguards lined up for the summer of 2022 to prevent a shortage similar to this summer,” Walsh said.

Walsh said the class is normally $400.

“It is expensive, which is one of the reasons today I think that youngsters aren’t becoming lifeguards as they were in the past,” he said.

On top of the expense, training courses were put on hold last year because of the pandemic, and many college-aged individuals decided not to lifeguard this year.

The free course comes with a few requirements: Each participant has to sign an agreement to work at the city’s public pools next summer, must be a resident of Attleboro, and 16 years of age prior to or on June 1, 2022.

The course will be held at the city’s George I. Spatcher Memorial Pool and the Attleboro YMCA’s Sweet Pool. It entails eight hours of online preparation and 19 hours of hands-on instruction for a total of 27 hours of training.

In order to obtain the lifeguard certification, the American Red Cross requires participates be able to swim 300 yards continuously, using freestyle and breaststroke; complete a timed event including a 20-yard swim; submerging to a depth of 7 to 10 feet to retrieve a 10-pound object; return to the surface and swim 20 yards on their backs to the starting point and tread water for 2 minutes without using their hands.

On top of the lifeguard certification, participants will also be trained in First Aid and CPR.

The North Attleboro Recreation Department told The Sun Chronicle it was looking into a similar lifeguard training program that would possibly occur next year.

The state has seen a number of drownings this year.

From January to May, 47 people have drowned, compared to 24 that occurred in the same time period in 2020, according to the Massachusetts Department of Public Health. In the month of May alone, 18 people drowned. Comparatively, in May 2020, eight people drowned and in May 2019, there two people drowned.

Locally, a Wrentham toddler drowned in June in his family’s above ground backyard pool. An Attleboro teenager drowned in August 2019 while swimming with friends in Connecticut.

The state Department of Conservation and Recreation announced in June that pay for lifeguards at DCR-run areas would increase to $20-21 an hour and include a $500 bonus at the end of the season. The organization offered free training this year provided lifeguards work for DCR this summer.

To apply for Attleboro’s program, visit http://www.cityofattleboro.us/218/Recreation-Department to download and complete the lifeguard application. For questions, contact Program Coordinator Tim Killion at recreationcoord@cityofattleboro.us.

Have an interesting bit of news you’d like to see mentioned in the Along the Way column? Email it to Emma Leeuwenburgh at news@thesunchronicle.com.