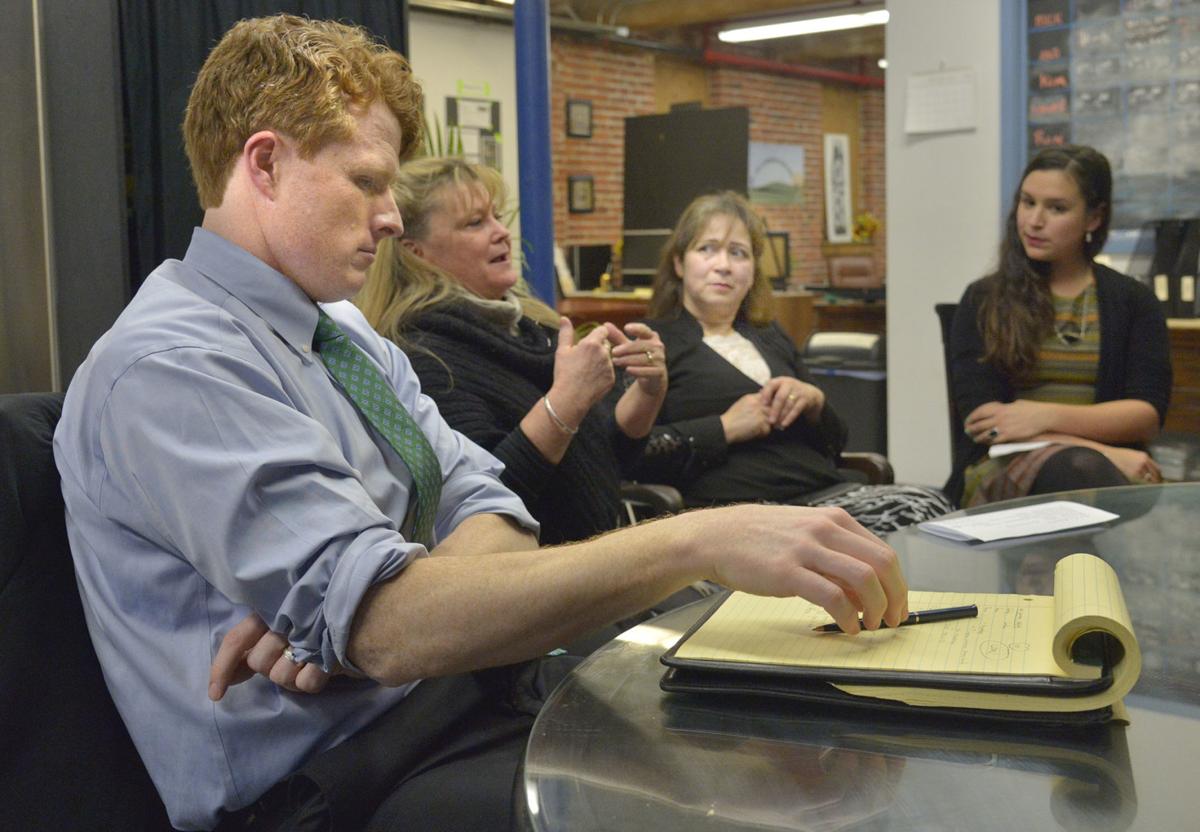 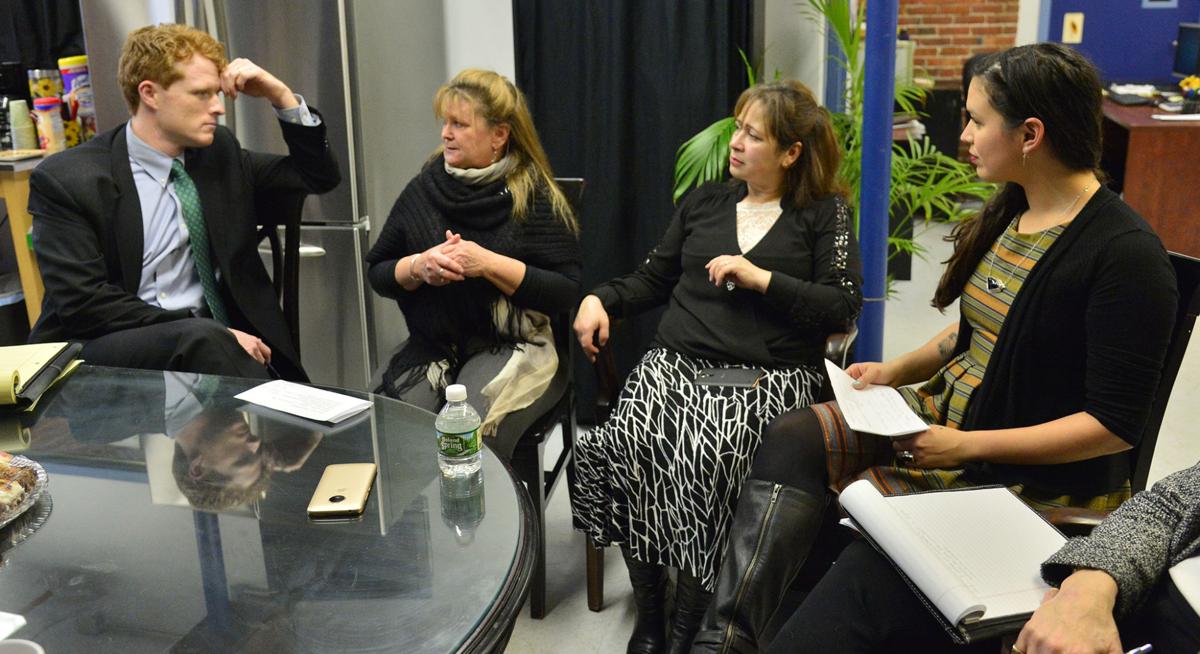 Wendy Foster lives less than four miles from On Common Ground, an Attleboro social agency, but until she started working there she had never heard of it.

Foster, the agency’s director of development and marketing, said she is working to make sure On Common Ground doesn’t remain a secret any longer.

Assigned to On Common Ground through AmeriCorp, VISTA, she is trying to quantify its good works so she can use the data to raise money so the agency can expand.

Already the Attleboro organization is getting ready to expand into Taunton.

The good work she is quantifying involves assigning mentors to people in need, often people near or at the poverty level.

Doherty told U.S. Rep. Joseph Kennedy III during a visit to On Common Ground Tuesday that he got referred to the agency while suffering with a number of serious health issues and in need of permanent housing.

Mark Hoesly of Norton was assigned as Doherty’s mentor and the two have been working to get him back on his feet.

Hoesly drives him to doctors’ appointments, sometimes three or four times a week, and works with him to try to get public housing.

Doherty said his battle with Hepatitis C, phenomena, and a number of other ailments have been going well, but the search for housing continues.

“Mark has been such a big help,” Doherty told Kennedy, D-Brookline. “He got me to appointments I never would have made by myself. I don’t know what I would do without him.

“I might be on the wrong side of the grass without him.”

Carolina Velasquez, 20, of Attleboro, told Kennedy about the help she is receiving from her volunteer mentor.

She was working at a fast food restaurant and living on her own when she turned to On Common Ground for help.

They helped her with writing a resume and applying for jobs. She is now an administrative assistant in the accounting department of a nearby business.

She has also graduated from Bristol Community College and is enrolling in Bridgewater State University with plans to become an accountant.

Pamela Bliss, the director of On Common Ground, said this is the agency’s ninth year of operations.

It mentors 36 people at a time, usually people who are not only poor, but who live in difficult situations that act as obstacles to getting ahead, such as illness and a lack of adequate housing, she said. “The person in poverty is not the problem. They are surrounded by a lack of support and dysfunction,” she said.

She said the people who come to her agency often need someone to teach them how to draw up a household budget, write a resume, or develop other life skills.

Ana Brenescoto, the mentor coordinator, said volunteers commit to working with a client for one year, perhaps an hour or two per week.

She said mentors help with immediate problems, but the agency also tries to put people on a long-term path to success.

Kennedy, said he considers the work being done at on Common Ground to be “spectacular.”

He said he was impressed by the dedication and resourcefulness of the staff and volunteers.

He wondered if tax laws could be changed so the value of volunteer work could be tax deductible the way charity donations are, but said he just thought of the idea and it hasn’t been vetted.

Bliss said she hoped Kennedy could get the word out about On Common Ground so it will no longer be Attleboro’s best kept secret.