New Hope held an open house at its new facility on Maple Street in Attleboro Thursday. The anti-domestic violence nonprofit is also celebrating its 40th anniversary. 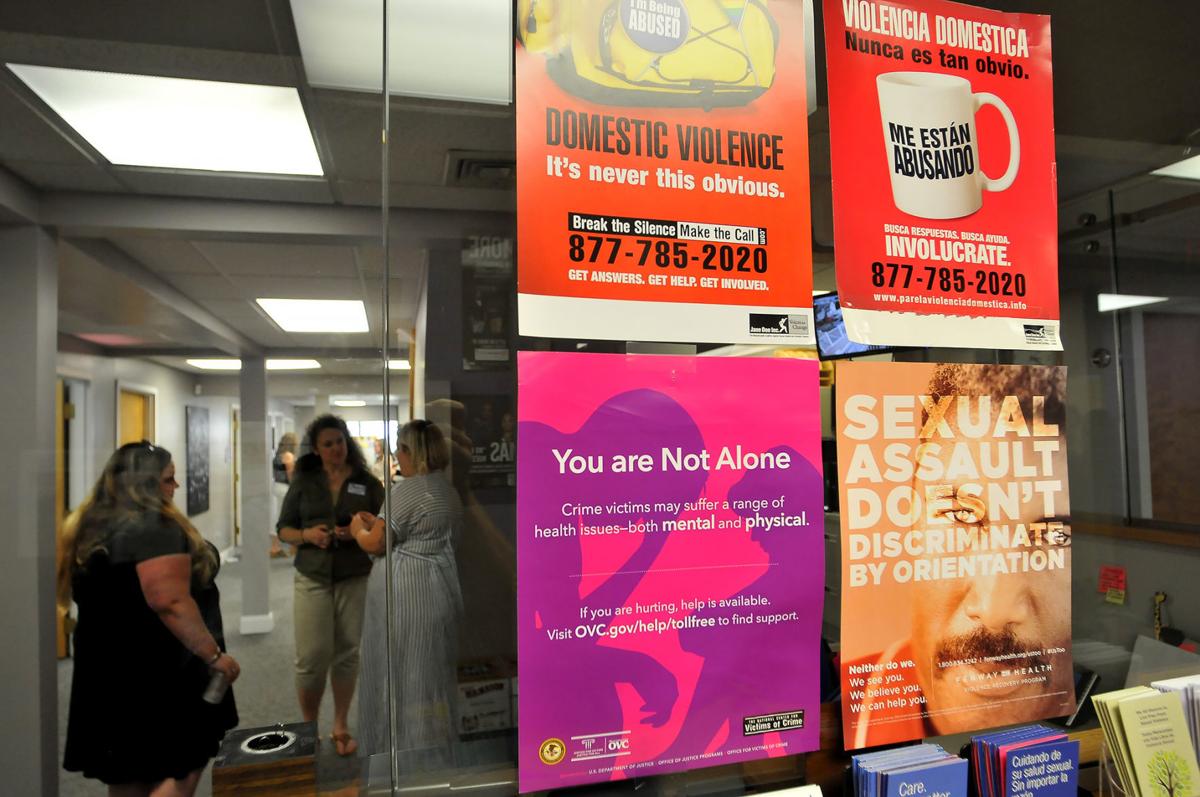 New Hope had to close its doors in Attleboro due to coronavirus but will be offering services remotely.

New Hope held an open house at its new facility on Maple Street in Attleboro Thursday. The anti-domestic violence nonprofit is also celebrating its 40th anniversary.

New Hope had to close its doors in Attleboro due to coronavirus but will be offering services remotely.

New Hope, the city-based organization dedicated to ending the cycle of domestic and sexual violence, is starting its fifth decade and starting it in a new home.

The non-profit agency, which provides an array of services to victims of domestic and sexual violence and the public at large including shelters, counseling and education, has moved to 247 Maple St., at the intersection of Park Street.

Expanding services and an expanding need for services prompted the move to bigger quarters, said Marie Hosking, the agency’s vice-president for operations

New Hope was founded by city resident Edith Palmer and a few of her friends in 1979 after they came to realize there were few if any resources to help women suffering from domestic violence.

Palmer and friends set up a hotline and fielded 500 calls in that first year alone.

It has established two shelters where women and their children can find protection from their abusers.

At an open house Thursday in its new offices, Hosking said the agency has aided tens of thousands of women over the years.

And while the focus was originally on women, today anyone in a violent home or who has suffered sexual violence regardless of gender, sexual orientation, race, education or wealth can find help there.

She said one in seven men are victims of domestic violence and they can seek protection in a shelter if needed.

Hosking said the agency also works with perpetrators of violence to help eradicate it at its source.

Agencies like New Hope are needed now more than ever, she said.

After the emergence of the #MeToo movement in which victims of sexual harassment or assault were empowered to come forward in the wake of high profile cases like that of alleged serial abuser and rapist Harvey Weinstein, a prominent film producer, more and more women have done so.

At one point Weinstein had 80 accusers.

Hosking said growing knowledge of the problem is also driving an increase of those seeking help.

“As people become more aware they are realizing more and more what behavior is not OK and they understand it’s OK to speak about it and seek help,” Hosking said.

She said New Hope is one of the few agencies which has a very active education office staffed by six people who go to schools, businesses and civic organizations to talk about domestic and sexual violence as part of the effort to stop it before it starts and to let people know what help is available if they are victims.

Hosking said the agency stands ready to help anyone who needs it.

“New Hope is here and we’re here to believe you and support you,” she said.

For more information, see the New Hope website at www.new-hope.org