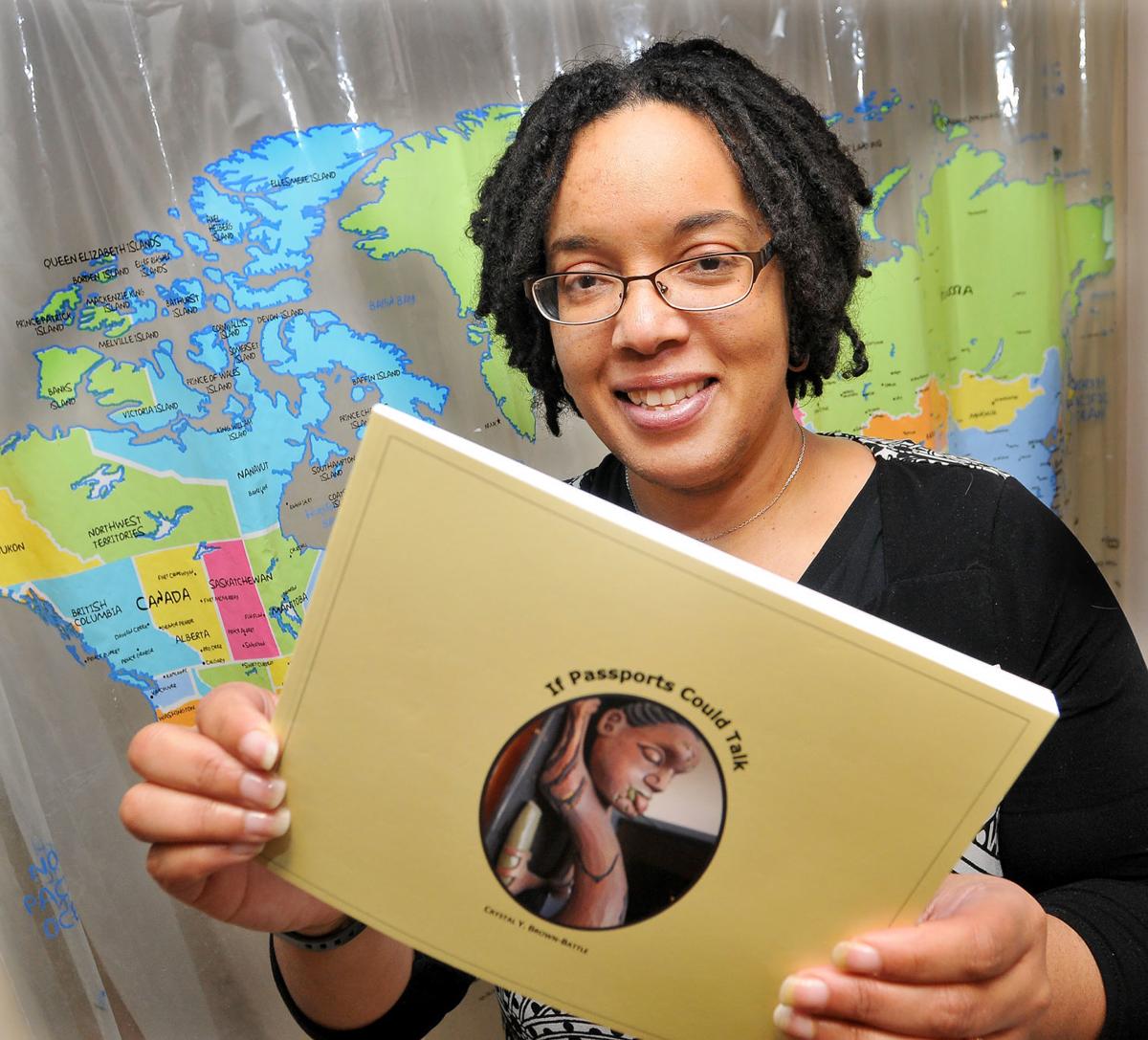 Crystal Brown-Battle of Attleboro has traveled to over 62 countries on all seven continents since she was 7. Her travel memoir is available through Amazon. 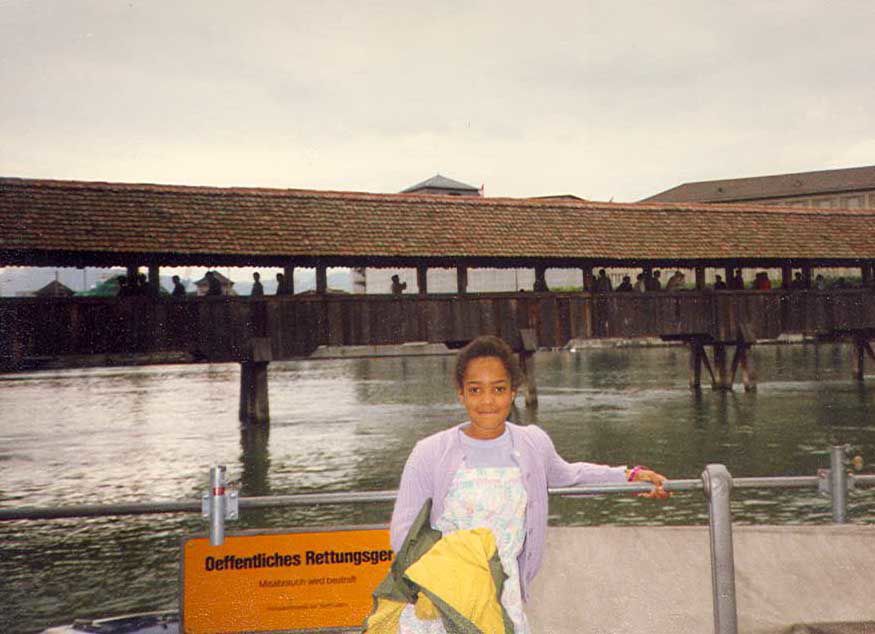 Crystal Brown-Battle is shown during a family visit to France in 1984, when she was 7 years old. 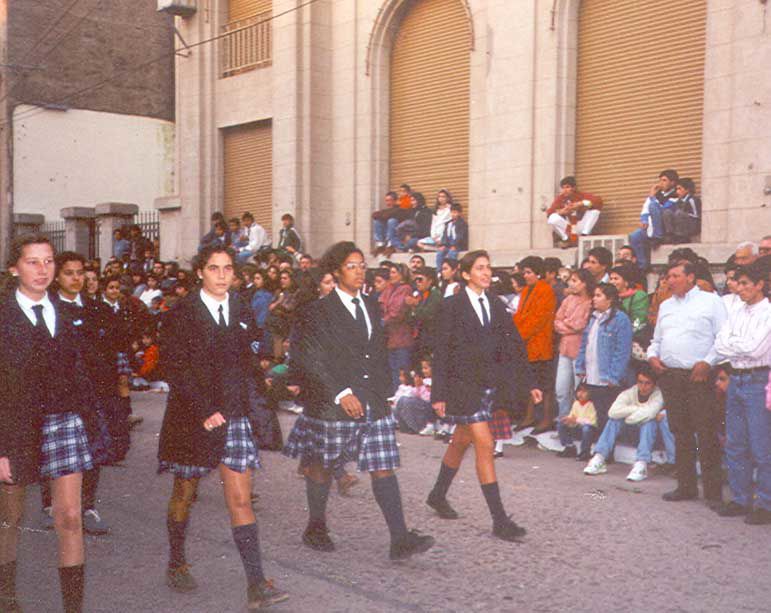 Third from left, Crystal Brown-Battle marches in line with her classmates during a city parade in Goya, Argentina. Brown-Battle participated in a summer exchange program in Argentina when she was 15 years old. 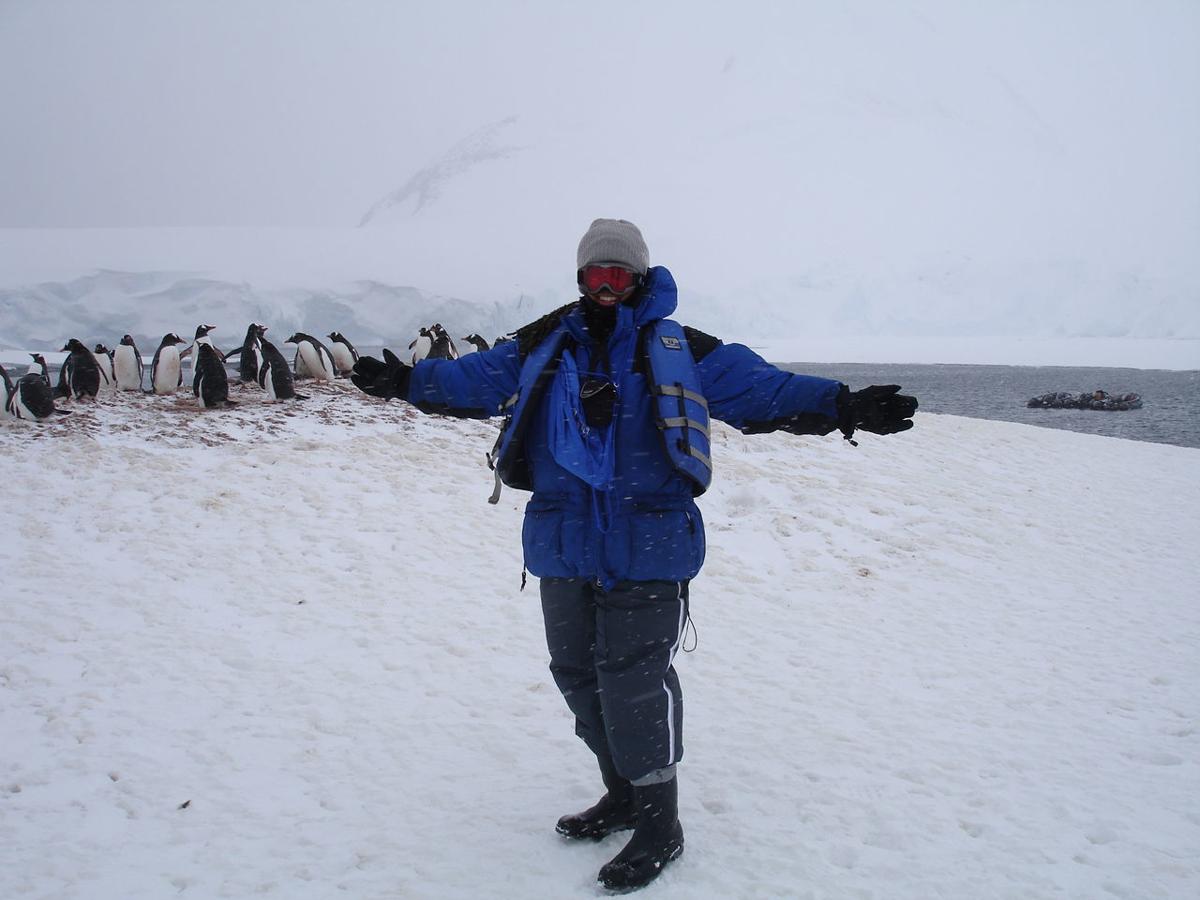 Crystal Brown-Battle has traveled to over 60 countries and all seven continents. One of her most dangerous journeys was through the Drake Passage in Antarctica, where she landed on the icy continent to find only glaciers and penguins running about.

Crystal Brown-Battle of Attleboro has traveled to over 62 countries on all seven continents since she was 7. Her travel memoir is available through Amazon.

Crystal Brown-Battle is shown during a family visit to France in 1984, when she was 7 years old.

Third from left, Crystal Brown-Battle marches in line with her classmates during a city parade in Goya, Argentina. Brown-Battle participated in a summer exchange program in Argentina when she was 15 years old.

Crystal Brown-Battle has traveled to over 60 countries and all seven continents. One of her most dangerous journeys was through the Drake Passage in Antarctica, where she landed on the icy continent to find only glaciers and penguins running about.

Crystal Brown-Battle was just 7 years old when a family trip to the Eiffel Tower led her 674 steps above the city of Paris.

Her father wasn’t sure she could manage the climb so young. But now, looking at the city lights below is one of the few memories of her first trip abroad, unmuddled by the dozens of trips she has taken since to nearly every other corner of the globe, including all seven continents and over 60 countries.

It was her first travel test, and she’s since pushed every other boundary just as far.

In 1993, then 15, she embarked on her first solo adventure aboard a nine-hour flight to Argentina, where she lived with a host family for a summer.

In 2008, she boarded a ship and sailed through the Drake Passage in Antarctica, one of the most dangerous bodies of water in the world.

If her passport could talk, it would lead you through the Apartheid Museum in South Africa, which she said paralleled civil rights-era landmarks stateside; to the Victoria Falls in Zambia, where 400-foot-high gorges captured the power of water; and to a sea off the coast of Thailand, where she kayaked just four months before a 2004 tsunami hit the region.

But since her passport can’t speak for itself, Brown-Battle has instead, chronicling over 30 years of travels in a memoir aptly titled, “If Passports Could Talk,” which includes over 400 photographs from her travels.

For Brown-Battle, traveling is a personal experience.

It started by connecting with other cultures right at home.

Now 42 and living in Attleboro, Brown-Battle said she grew up often feeling like the “odd person out” as her family moved around following new opportunities. As the new kid in town, she connected most with other “outsider” students from other countries or minorities.

In high school, wanting to practice her Spanish and experience someplace new, she joined a study abroad program in Argentina.

She attended school with her host sister, the only person in her family who spoke English, and marched in a city parade following commands in Spanish.

As a Black American in a country with very few Black people, Brown-Battle said she received a lot of questions in Argentina about her identity — but added that they fostered the openness that she has carried into traveling since.

“I felt comfortable talking about my ancestry because they wanted to learn about me,” she wrote in her book.

“I felt like I fit in somewhere,” she said.

That trip led her to dozens more, which she funds by recycling soda cans, collecting loose change and selling second-hand items.

She’s traveled both alone and with others, and wants to dispel hesitation around traveling abroad. While some people don’t have the means to travel, others do but are stopped by fear of the unknown, she said.

“It’s OK to be a female traveling abroad solo,” she said. “It’s OK to bring your children. If you have something to learn, locally or internationally, you should do it.”

Her daughter Sydney, named after the last continent Brown-Battle had to reach, has visited 20 countries and four continents at just 10 years old.

But beyond just the sights, Brown-Battle said she uses traveling as an opportunity to talk with people, hoping they both learn from each other.

On a 2010 solo trip to Australia, a white woman asked her about race relations in the United States and how she was treated in Australia compared to home. Brown-Battle briefly described the prejudice and racism that exists in the States.

Later, an aboriginal woman who had overheard the conversation, pulled her aside and told her racism wasn’t widely discussed in Australia, although it did exist.

Brown-Battle said she could tell. The woman smiled, and there was a shared understanding between the pair.

She took it as another example of why it’s important to travel with an open mind.

“People are afraid to talk about a topic when they see someone outside of their own boundaries,” she said. “But if they feel comfortable with you, they’re more willing to take a chance.”

But she has also been the target of stereotyping abroad.

Upon first meeting her, many people assume she is Jamaican, Brazilian or Kenyan.

“I think the stereotypical American may not look like me to the rest of the world,” she said. “There is a mentality that Black Americans don’t travel, and if we do, we don’t go to the places I’ve taken our family to.”

Her worst racial experience was in Haiti, where Brown-Battle and her husband were the only Black Americans in their tour group.

She felt the locals looked upon her with disdain. Later, a Haitian friend explained the reaction stemmed from the perception that the couple had more wealth, even though they shared the same color skin as the locals.

It was another form of “other-ism” she had to endure.

But overall, she said, her motivation to travel is experiences just like that: To educate the ignorance on both sides.

“Just to break up those barriers between different people,” she said. “That’s my purpose.”

In her favorite country, Thailand, she found locals welcoming and conversational, and learned authentic pad thai is not as sweet as back home.

At a market in Zambia, she considered how non-materialistic the people there are compared to Americans in the states.

In Antarctica, she embraced natural beauty on a continent with no traffic or smog and very few buildings. After years of melting glaciers, she wonders how different it must look since her trip 13 years ago.

“All of this keeps you wanting to go further and keep traveling and keep learning,” she said.

All of that, of course, has been put on hold because of coronavirus.

Ironically, Brown-Battle said she and her daughter had plans to visit China in February but they were postponed by the pandemic. Hopefully, she said, it won’t be for too long.

“When things die down we’re going to try again,” she said. “We want to get back out there.”