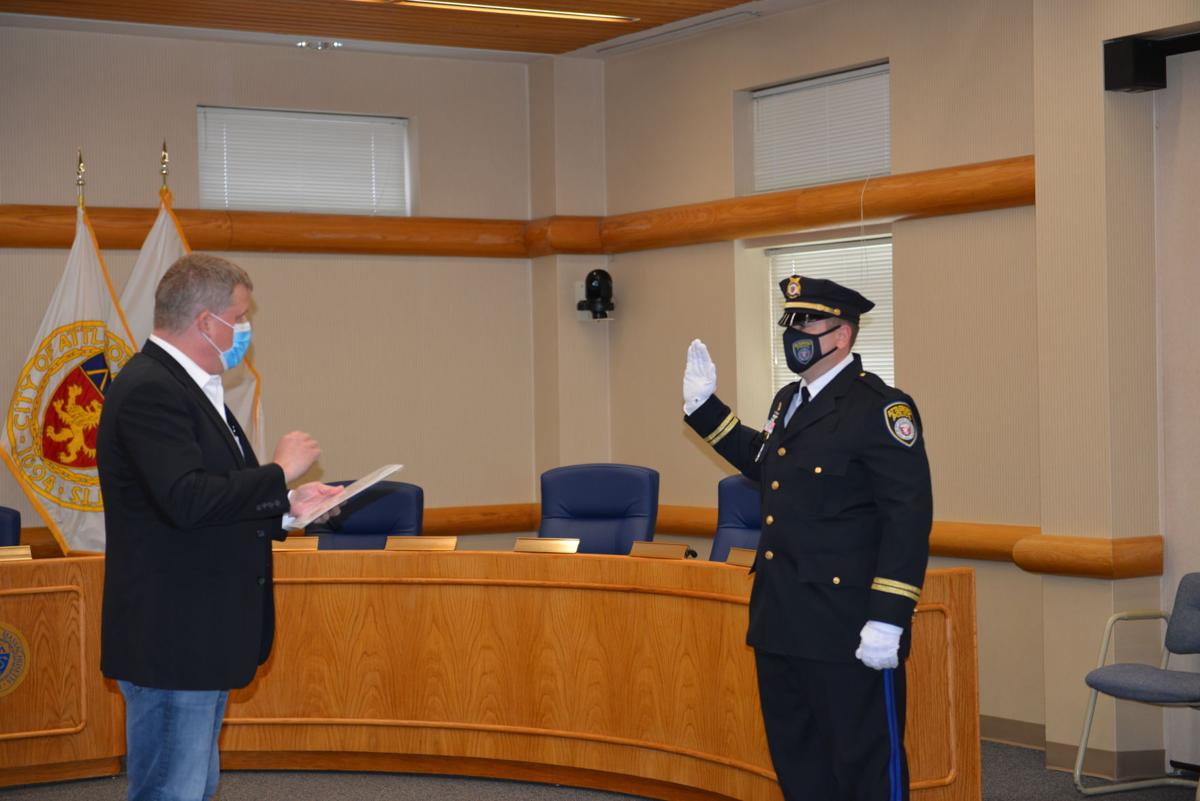 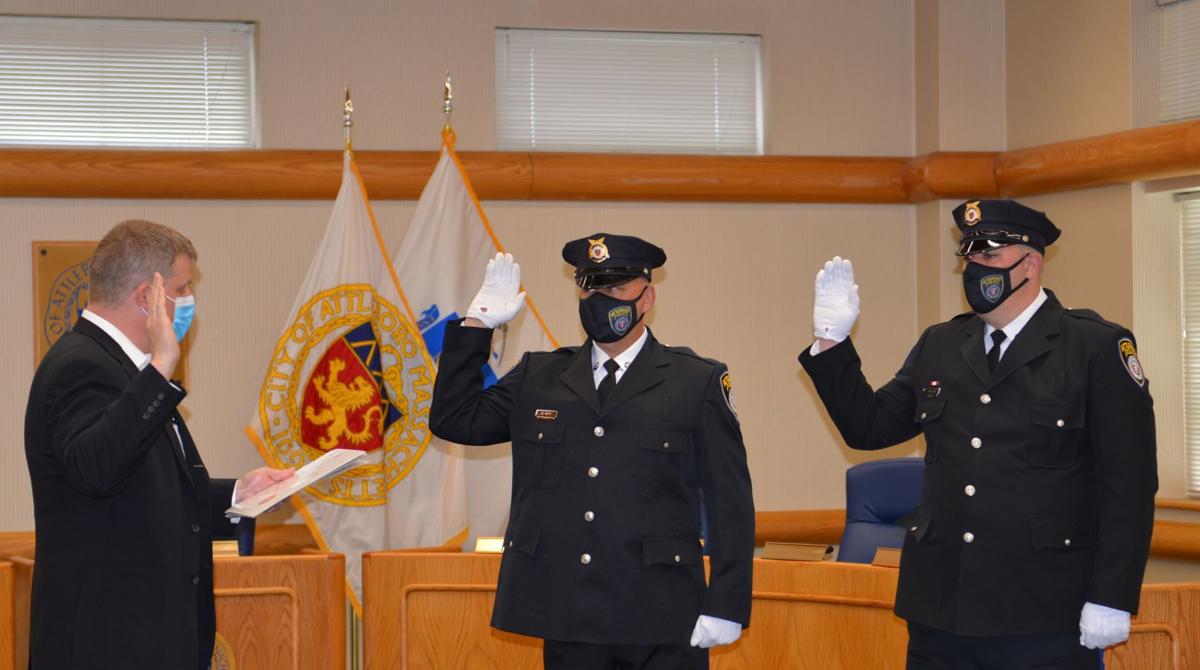 Mayor Paul Heroux, at left, swears in officers Michael Hagy, center, and Leo McKenzie, to the rank of sergeant.

Mayor Paul Heroux, at left, swears in officers Michael Hagy, center, and Leo McKenzie, to the rank of sergeant.

ATTLEBORO — A veteran investigator and member of a family of police officers has been named the city’s first deputy police chief.

Timothy Cook Jr., a lieutenant and the chief of the detective division, was sworn in by Mayor Paul Heroux Wednesday during a small ceremony in the city council chambers.

Two other officers, Michael Nagy and Leo McKenzie, were promoted to sergeant and sworn in during the ceremony, kept limited to immediate family due to the pandemic.

Attleboro follows other police departments who have appointed deputy police chiefs in the past several years.

In The Sun Chronicle readership area, only Plainville and North Attleboro do not have deputy chiefs.

Cook, the chief of the detective division for the past six years, scored highest among four lieutenants who took the civil service assessment center test, Police Chief Kyle Heagney said.

The position, which pays $106,570, was actually created about a decade ago but was left vacant with two captains serving under the police chief.

Heagney said Cook, who has been a police officer for 16 years, “is extremely qualified for the position.”

As a detective, Cook has conducted the some of the most serious and complex investigations in the police profession, from murders to human trafficking, Heagney said.

Prior to leading the detective unit, Cook was in charge of the Problem-Orientated Policing Unit “where he excelled in reducing crime and disorder throughout the city,” Heagney said.

The unit, known as the POP team, follows up on calls ranging from drug overdoses to domestic violence to try to get to their root causes.

Before becoming a lieutenant in 2014, Cook served as a sergeant for four years. His father, Timothy Sr., was a longtime detective before retiring several years ago, and he has two brothers who are city police officers.

No new funds were appropriated for the deputy police chief’s position as a dozen veteran police officers have retired from the department in the last few years, including a longtime lieutenant, freeing up funds, Heagney said.

The retired officers all joined the department in the mid- to late-1980s. More retirements are expected in the next few years, including a veteran captain, Heagney said.

“The position of deputy chief will increase the efficiency and effectiveness of the overall police department operation and delivery of services to our city,” he said.

This position, which is a non-union post, provides clear lines of authority within the department while incorporating “unity of command,” he said.

“We are incorporating a staffing structure which will more effectively handle the growing and complex demands and responsibilities of police departments,” Heagney said.

Among the responsibilities cited are training, accountability, accreditation, social justice and transparency, which “is especially important with the enactment of the Massachusetts Police Reform Bill.”

Before being promoted to sergeant, Nagy was a patrol officer since 2013, serving as a member of the POP team and as a school resource officer.

McKenzie started as a dispatcher with the department in 2006 before becoming a police officer in 2016.

Heagney made the recommendation on the promotions to the mayor, who is the appointing authority.