Steampunk enthusiast Rachel Stockwell, of Light-Q Creations of Wells. Maine, displays some of the artistic creations made by her husband Quentin during the 2018 Jewelry City Steampunk Festival. 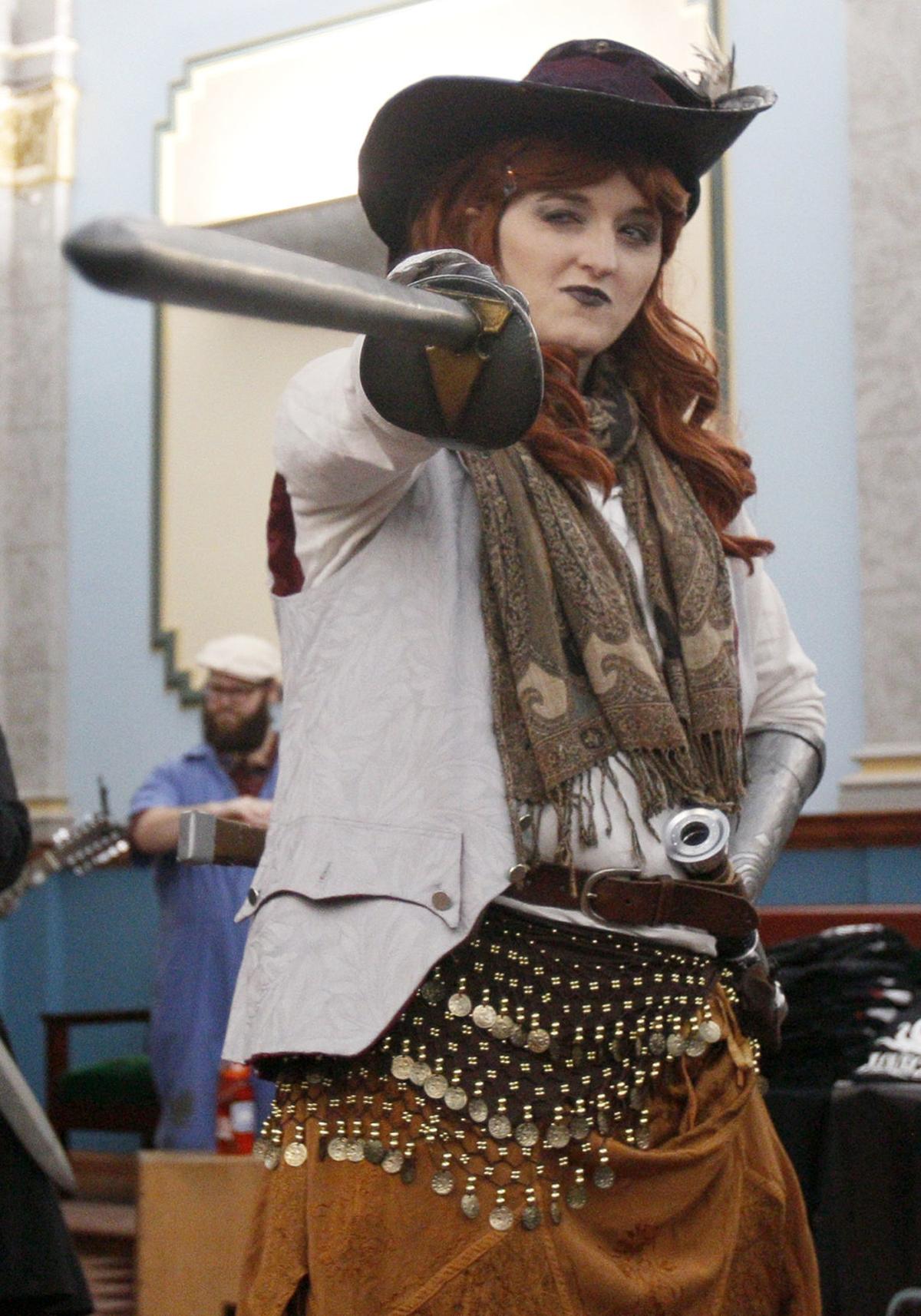 Steampunk enthusiast Rachel Stockwell, of Light-Q Creations of Wells. Maine, displays some of the artistic creations made by her husband Quentin during the 2018 Jewelry City Steampunk Festival.

ATTLEBORO — The fourth annual Jewelry City Steampunk Festival will be virtual this year, with events starting Friday and running through Sunday.

New this year is a partnership with DoubleACS, Attleboro’s cable TV station, and WARA 1320 AM, the city’s radio station.

Both will rebroadcast, or broadcast live, portions of the festival’s programming.

There will be live and prerecorded programming on the Steampunks of New England Youtube page, two movies on the Kast application, a playlist on Spotify put together by Victor Ghastly of the performers Victor and the Bully, a stand-alone puzzle game and a scavenger hunt, meant to be played with the programs, both of which will be available at JewelryCitySteampunk.com.

These are all offered for free except for one program that costs $8.

Go to www.jewelrycitysteampunk.com for the complete schedule and how to connect.