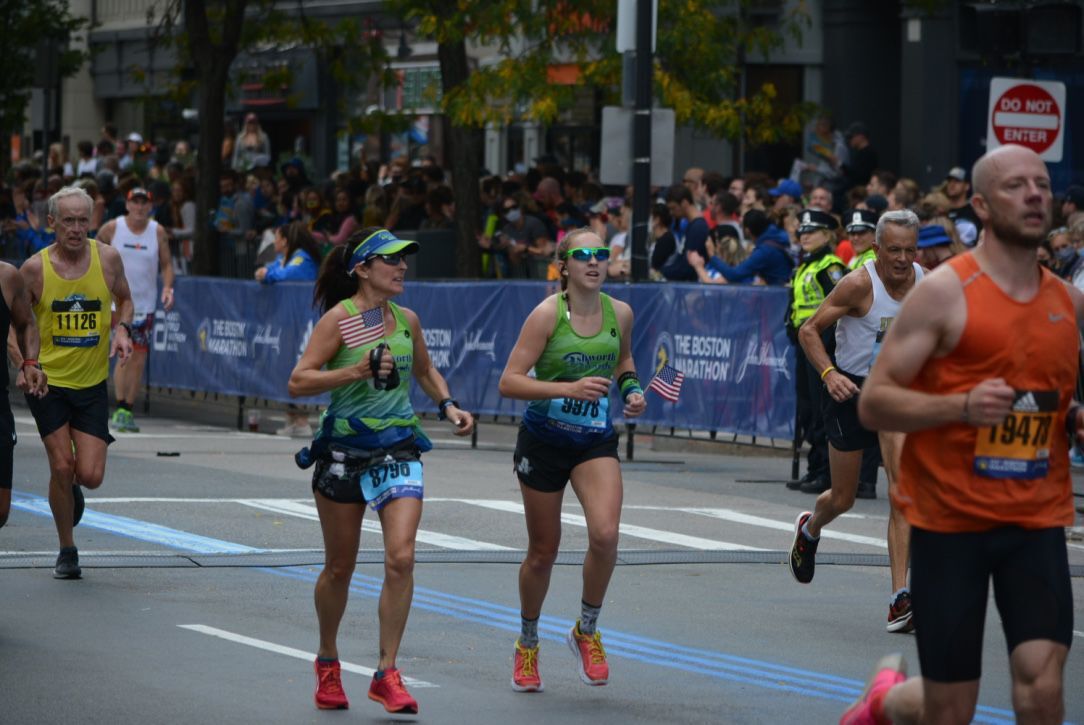 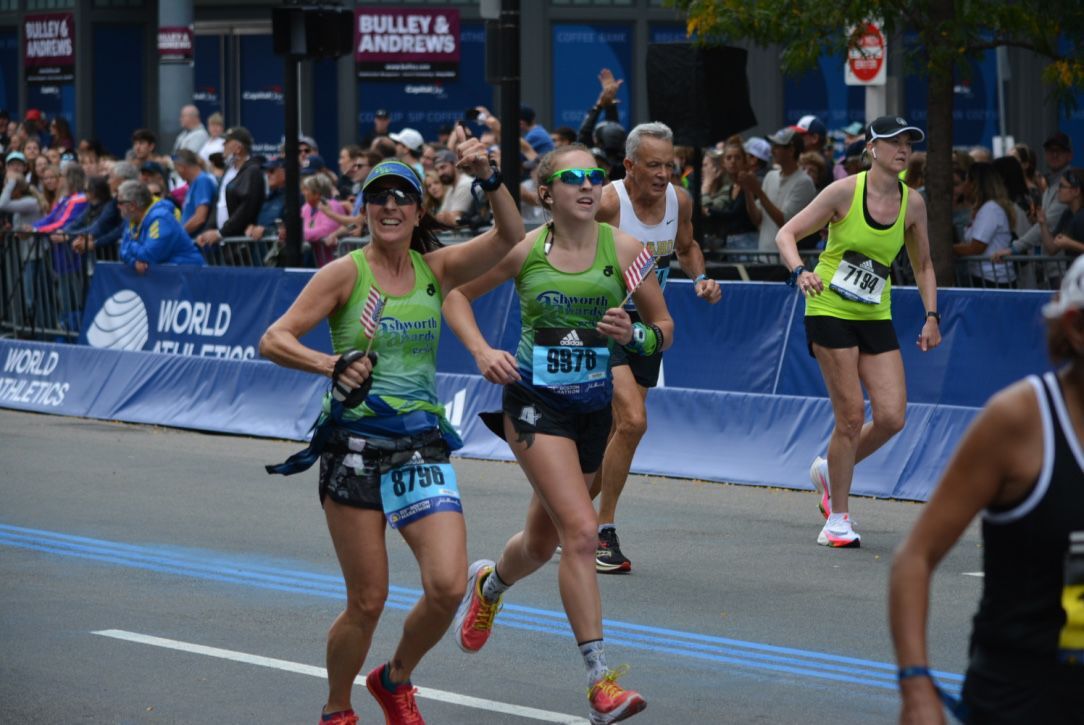 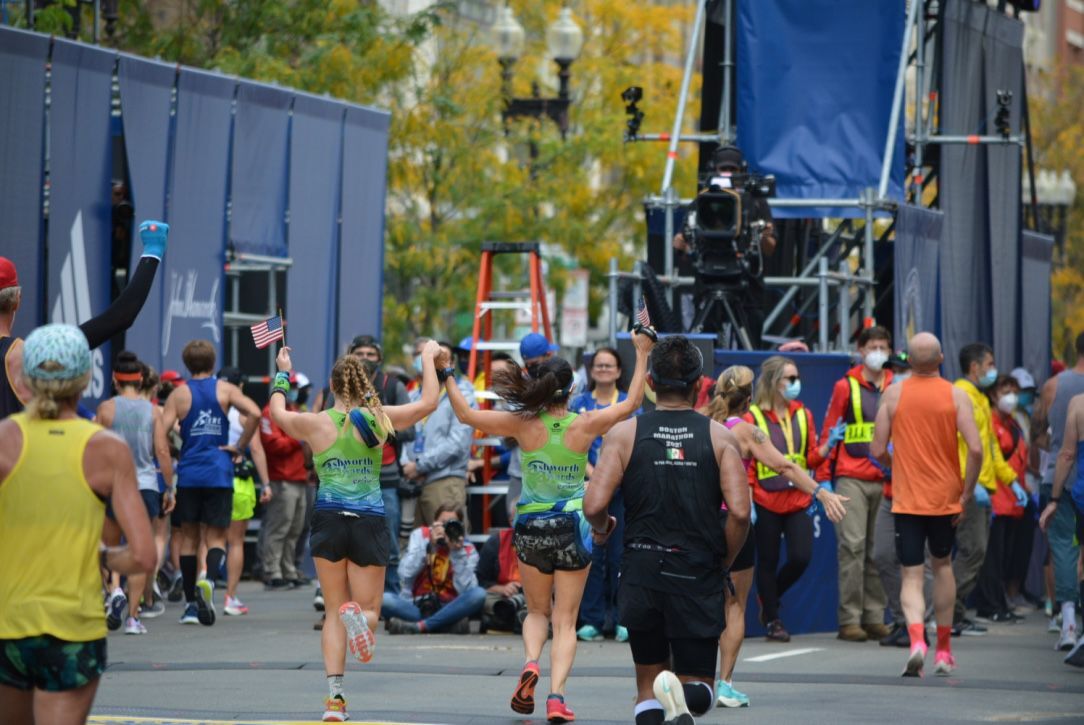 Kim, right, and Morgan Ashworth, both in green, complete the Boston Marathon Monday.

Kim, right, and Morgan Ashworth, both in green, complete the Boston Marathon Monday.

Although this mother and daughter got those, too, and from a very personal source. More on that in a bit.

Kim and Morgan Ashworth completed the Boston Marathon Monday in a slightly slower time than their hoped-for target of 3 hours and 30 minutes. It’s difficult to fault them too much, however; one of them was running with a broken foot for nearly 20 miles of the grueling distance.

Kim, 51, and Morgan, 21, now of Gilford, N.H. but formerly of North Attleboro, are veteran runners, according to husband and dad Dan Ashworth. In fact, this was Kim’s 16th BAA event. (She’s also competed in multiple triathalons and iron man competitions.) She and her daughter also ran the 2019 Bay State Marathon in Lowell, a qualifying event for Morgan for Boston.

It was more than just a whim for Morgan. As her father tells it, “Morgan broke her ankle running in college and her doctor told her she would never run again. She wanted to prove him wrong.”

On race day in Boston, mom and daughter started out in Hopkinton with the rest of the pack. But at mile seven Morgan realized something was wrong. She had suffered a stress fracture in her left foot. She told her mother to go on without her, but Kim refused, Dan Ashworth said.

They kept running together “through the pain” for the final 19.2 miles, he said. Their finishing time was 3:57:27.

An X-ray revealed the stress fracture and Morgan is now in a boot.

But that doesn’t mean no planning. Both mom and daughter are expecting to run Boston again in April when the marathon returns to its Patriots Day schedule.

And the participation awards? They could have picked them up anytime. Their family company, Ashworth Awards, a fixture in North Attleboro for half a century, has since 1983 made the medals all Boston Marathon runners receive along with the awards for the winners, Dan Ashworth said.

(The family maintains a home in New Hampshire but commutes on workdays to the plant on Richards Avenue from a condo in Milford, he said.)

The production time for those awards is almost six months, he said. In fact, it’s almost time to start placing orders for 2022.

He’ll have to put aside two for his wife and daughter.

“They are just awesome people,” the proud father said.