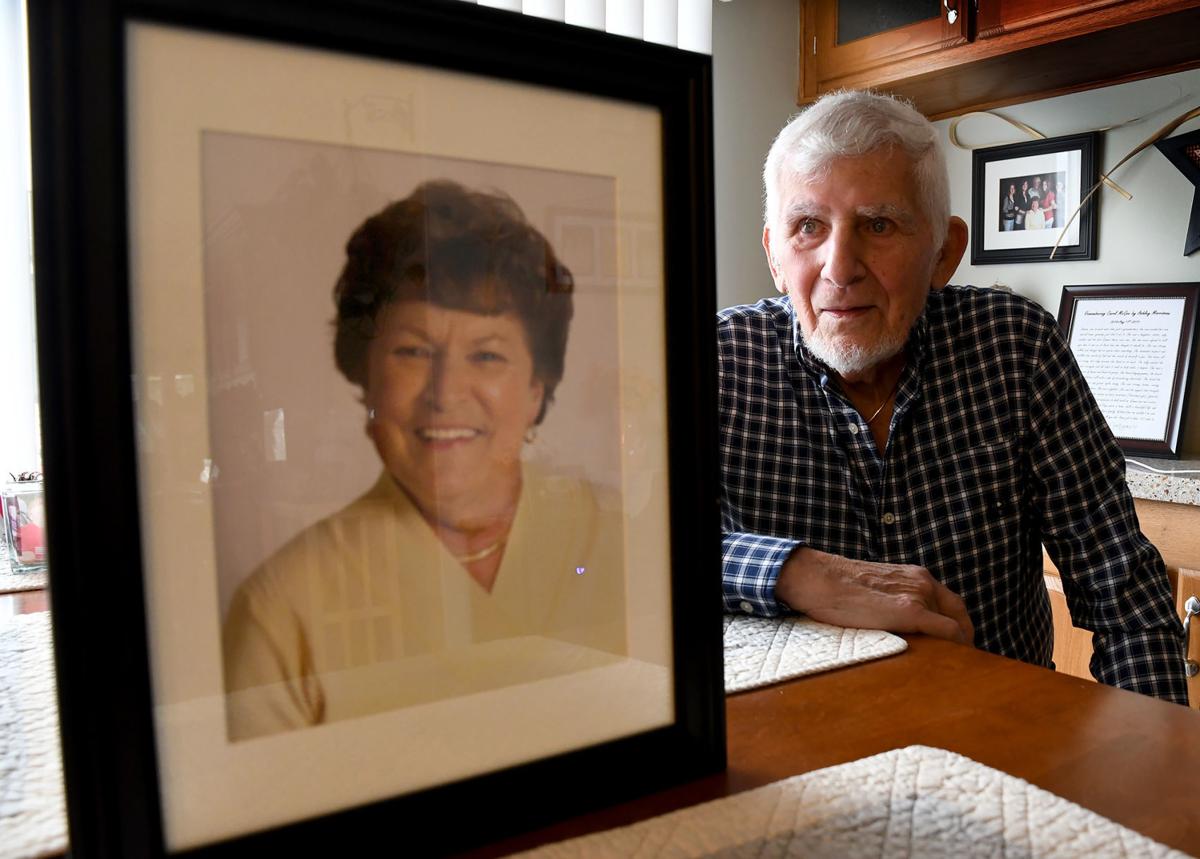 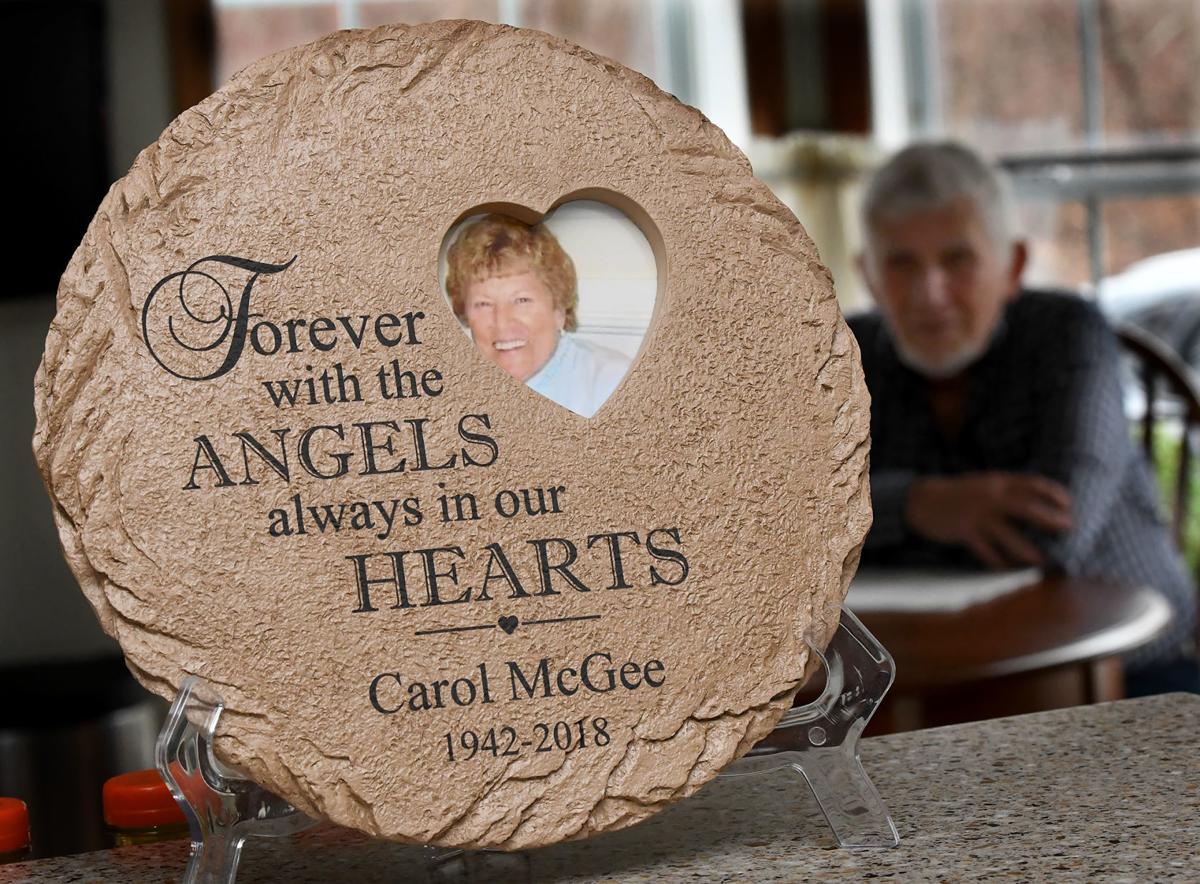 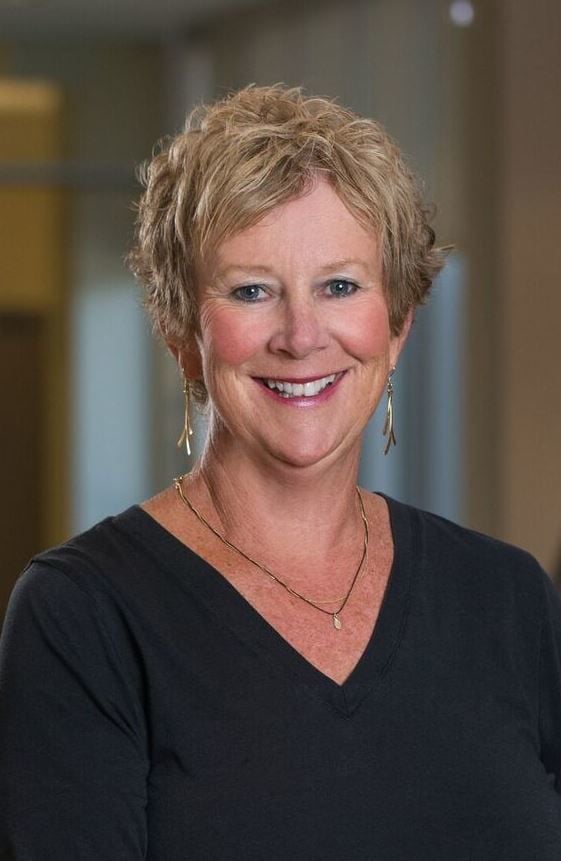 Stephen McGee’s wife Carol had been suffering for years with chronic obstructive pulmonary disease when her doctor suggested they look into hospice care.

“I was apprehensive at first,” McGee said. “We frankly really didn’t understand the goal of the program.”

They did, however, know that they didn’t want her to go into a nursing home.

Hospice is usually an option when there is nothing more a hospital can do to cure a patient and the focus turns to quality of life, controlling pain and making the patient comfortable until death comes.

It most often is done in the home but can also be at a nursing home or a hospice center, and it is an increasingly popular way to approach the end of life.

In fact, the home is now the most common place for people to die of natural causes.

A North Attleboro resident, McGee, 82, said hospice worked well for his wife. She had been sick since 2014 and in April 2018 “took a turn for the worse,” he said.

Staying at home with hospice care meant being treated by the Community Visting Nurses’ Association in Attleboro rather than being rushed to the hospital when there was a problem.

McGee said the nurse and his wife formed a deep bond and the nurse was able to get her doctor to adjust medication and make life more comfortable.

At times, McGee and his wife were able to go out for day trips, and the family preferred she be at home as opposed to a nursing home.

Carol was originally reluctant to go into hospice care.

She was a “reserved person,” he said, and didn’t know if she would want people coming into her house.

Also, hospice is often associated with death, he said, and she wasn’t ready for that.

But it took only a few weeks for her to change her mind on hospice care. Her nurse, JoAnn Gray, helped her and the nurse’s visits became almost like social meetings that his wife enjoyed.

The relationship they developed “was key to the whole thing” and really helped his wife, McGee said.

Hospice care at home was not only the right choice for his wife, but it worked well for him and his three daughters and son.

Before his wife entered hospice care, he said, “I wasn’t sure I was going to be able to continue to cope with it.”

In addition to the nurse, the VNA provided his wife with a spiritual adviser and a team of helpers.

“I cannot say enough good things about hospice,” he said.

And as she and her family wished, Carol died at home in August 2018.

More and more, Americans are making the same choice as McGee.

In a letter last December in The New England Journal of Medicine, researchers said their study showed that the number of deaths at home due to natural causes increased from 23.8 percent in 2003 to 30.7 percent in 2017, while those at hospice facilities went from 0.2 percent to 8.3 percent.

During the same time period, deaths at hospitals dropped from 39.7 percent to 29.8 percent. The percentage of deaths at nursing facilities also decreased, from 23.6 percent to 20.8 percent.

“The home has surpassed the hospital as the most common place of death in the United States for the first time since the early 20th century,” authors Sarah Cross and Dr. Haider Warraich wrote in the Journal.

However, they said that despite the growing trend of dying at home, the rate in the United States is still well below that in Canada and England.

They found cancer patients are the most likely to die at home and stroke victims are least likely.

Theresa Forster, of the National Association for Home Care & Hospice, said the move toward hospice accelerated after Congress voted in 1982 to have Medicare cover it for the terminally ill.

Previously it was not covered by government-provided medical insurance for seniors.

Another factor, Forster said, is the increased popularity of people having written plans for how they want to end their life, with dying at home stipulated in the plan.

Len Fishman, director of gerontology at University of Massachusetts Boston, said he suggests that people write an “advanced directive,” or living will, stating how they want to be treated before their condition becomes critical.

The directive for people who are terminally ill can state they do not want extraordinary measures taken to prolong life and want to be at home.

He said hospitals are intended to treat acute medical emergencies and can be disorientating for people near the end of life, especially those with dementia.

The noise and activity along with bells, bright lights, institutional food and constant testing of vital signs are unpleasant.

“It’s not the kind place one chooses to be in unless absolutely necessary,” Fishman said.

Staying at home with loved ones keeps the patient in “a familiar setting with the normal rhythms of life,” he said.

It is also a more comfortable setting for visitors and family, Fishman added.

Patricia Butterfield of Community Visiting Nurses Association in Attleboro said after a while, terminally ill patients can get tired of going to the hospital, being tested and stuck with needles.

“They want to be at home with their loved ones,” she said.

But often being cared for in the home puts a tremendous burden on the family, and they need help.

“Hospice is for people who don’t want to be in the hospital setting anymore, but the family can’t do it alone at home,” Butterfield said.

She said the VNA has a hospice department that can provide “a whole team of people into the home.”

The team can include a nurse, a social worker, home health aide, volunteers and a member of the clergy.

Another increasingly popular form of alternative treatment is palliative care.

Robin Morris, vice present of clinical operations at Sturdy Memorial Hospital, said the hospital has had 1,200 referrals for palliative care since the hospital teamed up two years ago with Hope Health Care to provide it.

In January alone, she said, the hospital had another 70 referrals.

With people living longer, Morris said she expects those numbers to continue to rise as patients explore options for dealing with chronic illness.

Audre Noonan, a palliative care nurse practitioner, said palliative care focuses on managing the symptoms and pain for chronically ill people. But, unlike hospice, patients are often still being treated aggressively with measures such as chemotherapy and radiation.

She said it can begin at the hospital and then move to the home.

Surveys of elderly people show they are most concerned with maintaining their independence, not becoming a burden, managing pain and prolonging their life — in that order, Noonan said.

Palliative care helps them achieve those goals, she added.

“Palliative care is definitely the wave of the future. It’s definitely what families are asking for,” Noonan said.