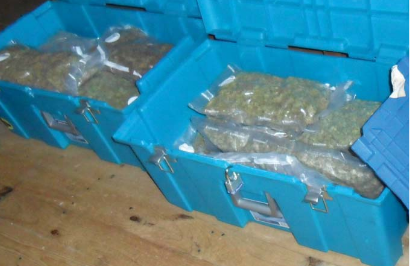 Federal authorities display bags of alleged marijuana found at a stash house in the Hyde Park section of Boston in August 2018. 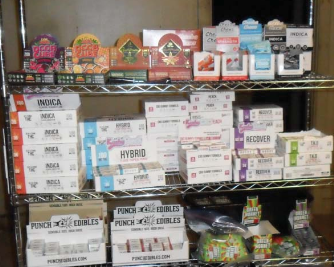 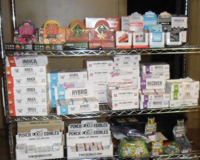 Federal authorities display alleged marijuana products found at a stash house in the Hyde Park section of Boston in August 2018.

Federal authorities display bags of alleged marijuana found at a stash house in the Hyde Park section of Boston in August 2018.

Federal authorities display alleged marijuana products found at a stash house in the Hyde Park section of Boston in August 2018.

FOXBORO — A Milton woman admitted in federal court Tuesday to taking part in a multimillion dollar black market marijuana delivery service that once used a location in Foxboro.

She was scheduled to be sentenced Sept. 1.

Martin and co-defendant Tatiana Fridkes were indicted in May 2019 in connection with their management of Northern Herb, a marijuana delivery service that operated in Massachusetts from 2015 to 2018.

Fridkes pleaded guilty in September to conspiracy to distribute marijuana and is scheduled to be sentenced on June 3.

Authorities referred to the “Foxboro warehouse” in court records but did not disclose the location. It was used until operations moved to Hyde Park, according to those records.

From May 2016 through July 2018, Northern Herb’s revenue exceeded $14 million and paid no taxes on sales and profits or payroll or other taxes for its employees.

Much of the cash collected by Northern Herb from customers, according to authorities, was used to pay suppliers and workers.

In addition, it dropped deliveries at unattended locations where third parties could have accessed it, authorities said.

Martin faces a sentence of up to 20 years in prison on the drug and money laundering charges. Tax evasion is punishable by up to five years in prison.

The case was investigated by the U.S. Justice Department’s Tax Division, the federal Drug Enforcement Administration, the IRS and the U.S. Postal Inspection Service.