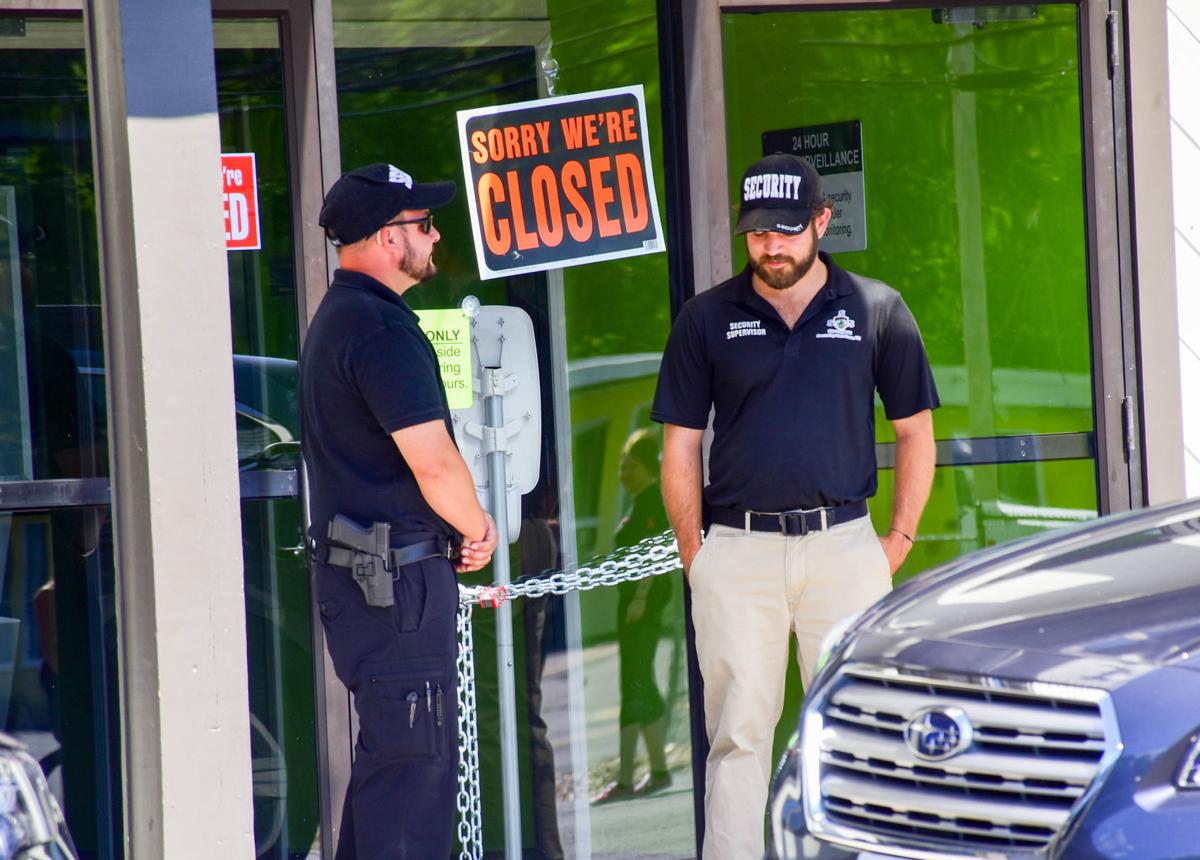 Two guards stand at the entrance of Fitness 1440 in Norton on Saturday. 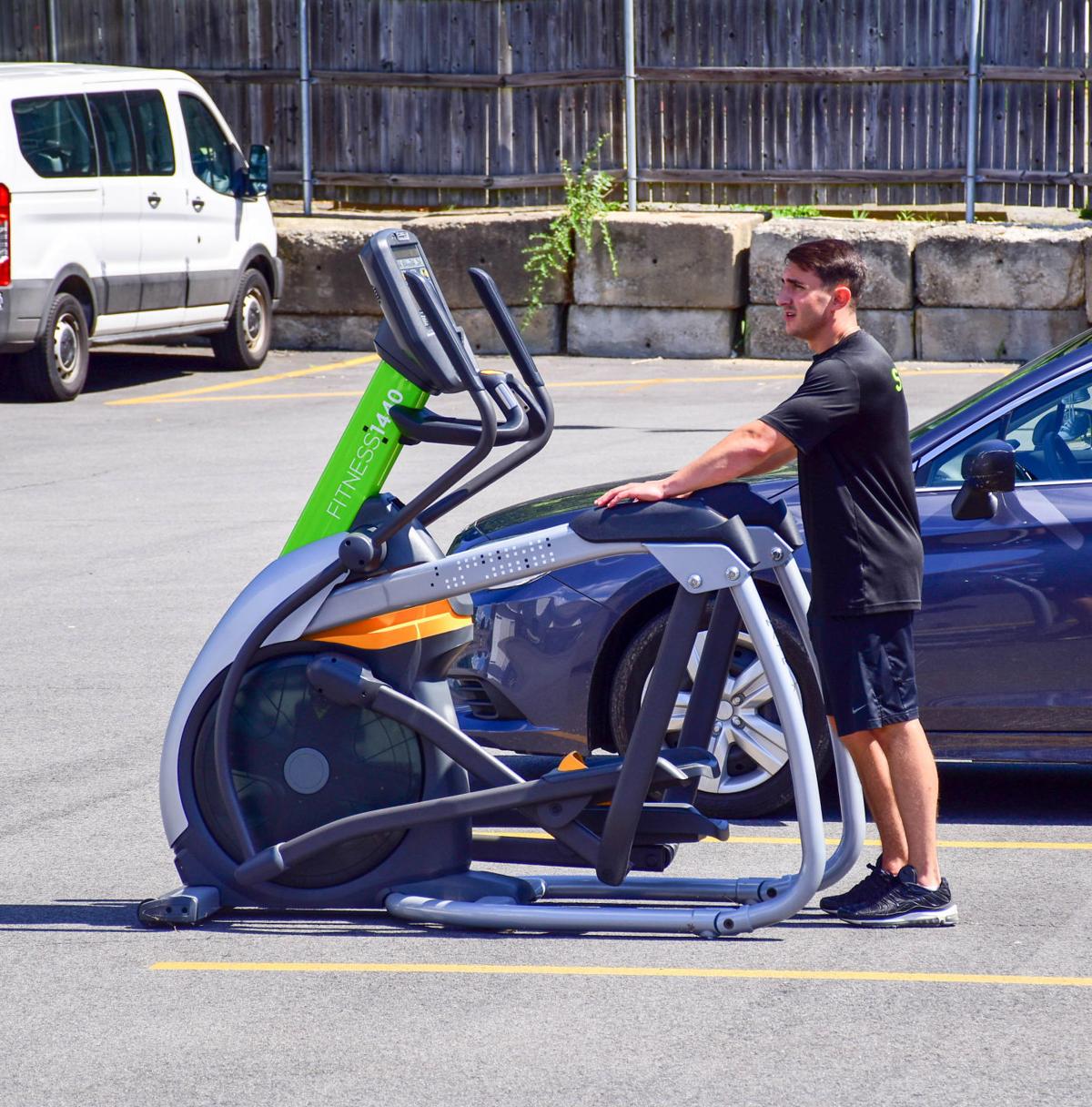 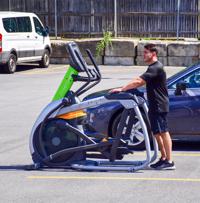 An employee moves exercise equipment from the parking lot at Fitness 1440 on Pleasant Street in Norton.

Two guards stand at the entrance of Fitness 1440 in Norton on Saturday.

An employee moves exercise equipment from the parking lot at Fitness 1440 on Pleasant Street in Norton.

NORTON — An apparent dispute between a gym owner and landlord has, at least for now, closed the doors of the facility.

Armed guards padlocked the doors to Fitness 1440 on Pleasant Street in Norton in Saturday.

Staff and class members were apparently prepared. The Zumba class took place under some large trees in the parking lot.

There were also staff on hand to help supervise class members’ children.

One staff member, Brittany, who declined to give her last name, had crayons and occupied the children with drawing and coloring as their parents exercised.

But later, after watching the adults in the outside class, the 5 to 7-year-olds then joined them in dancing.

Member Julie Roberts of Easton who joined the Norton fitness club after recovering from a broken a leg, said the staff and members have become family.

She said there is a community among those who attend the facility and everyone encourages everyone else.

Other members expressed similar sentiments. Prepared to exercise, and carrying huge jugs of water, other members told staff to call them and planned for another morning of outdoor exercise classes, if needed.

Gym owner Ryan Tepper said he had “no comment” when asked about the incident at the facility.

Early Sunday morning, the facility’s Facebook page said the gym had reopened, but it had not.

Later Sunday, the following was posted on Facebook: “Dear 1440 Family, we are thrilled to be teaming with NRG Lab in Mansfield while we work through these unforeseen circumstances.

“All of our management, staff, play care, instructors and trainers will be on site keeping everything the same that you have come to know and love about 1440.”

Tepper could not be reached for further comment on Sunday.