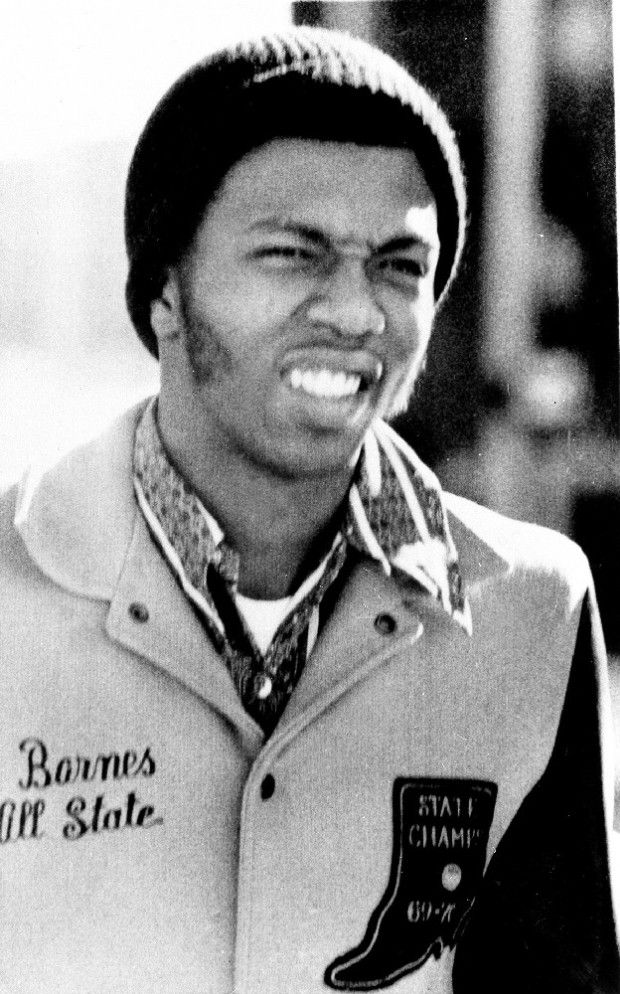 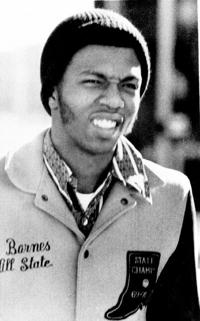 ASSOCIATED PRESSMarvin Barnes, star center on Providence College basketball team, was indicted Feb. 9, 1973 by a grand jury on a charge of assault with a dangerous weapon. (AP Photo) 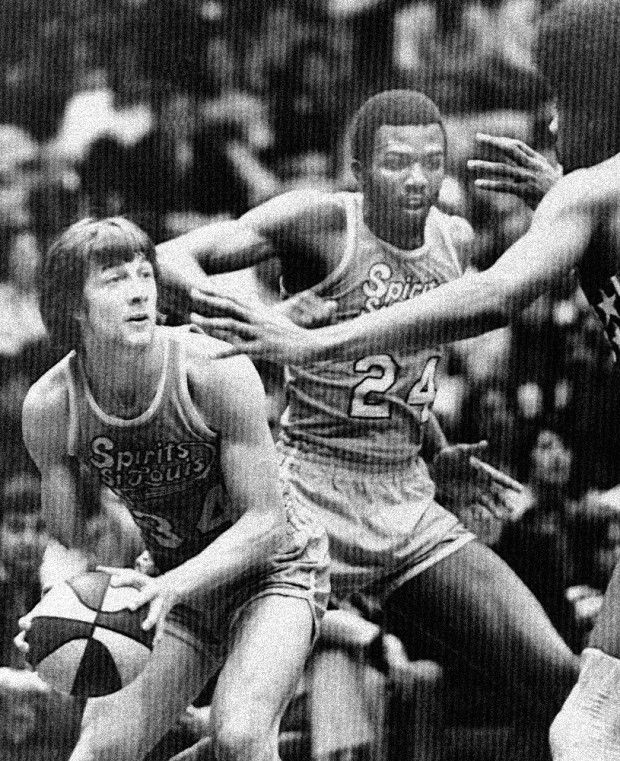 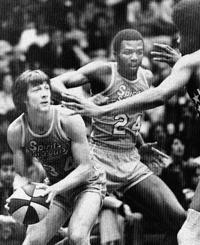 Marvin Barnes (24) of the Spirits of St. Louis in action against the New York Nets in a playoff game at Uniondale, New York on Wednesday, April 9, 1975. He led the Spirits to a 115-97 victory, which evened the series 1-1. Barnes scored 35 points, high for the game. At left is St. Louis guard Mike Barr. (AP Photo/Richard Drew) 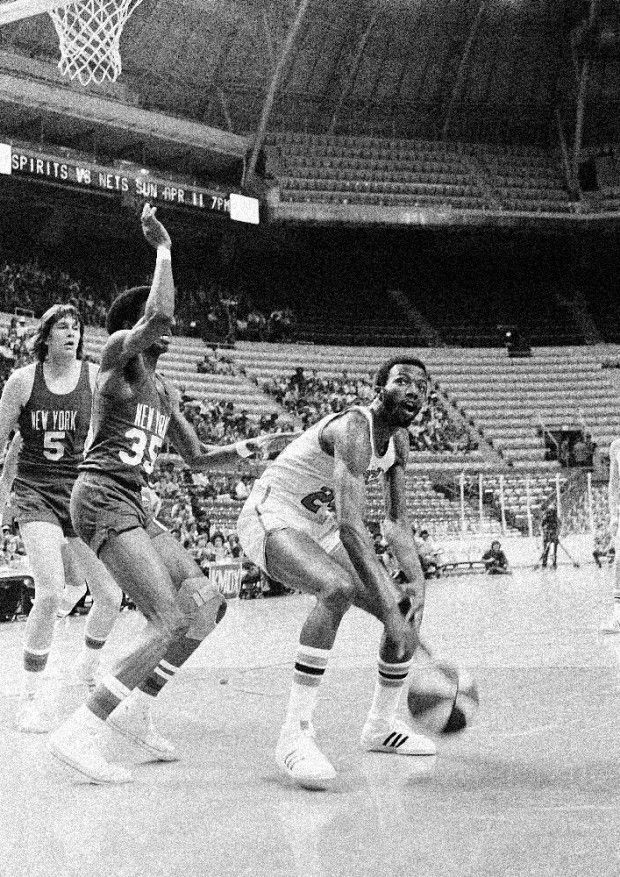 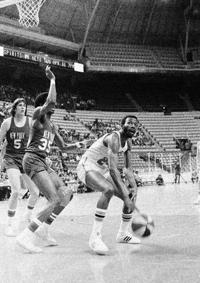 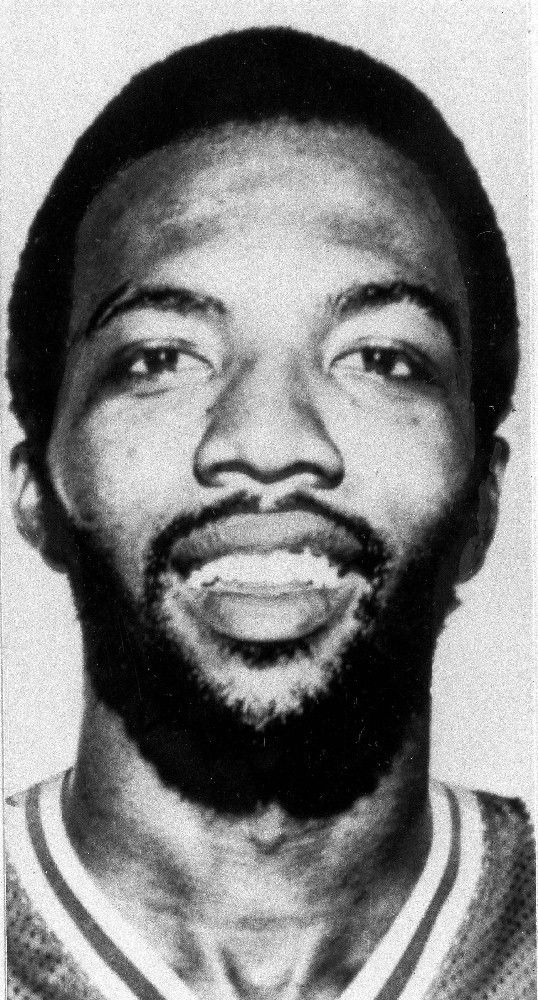 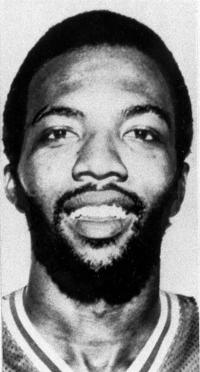 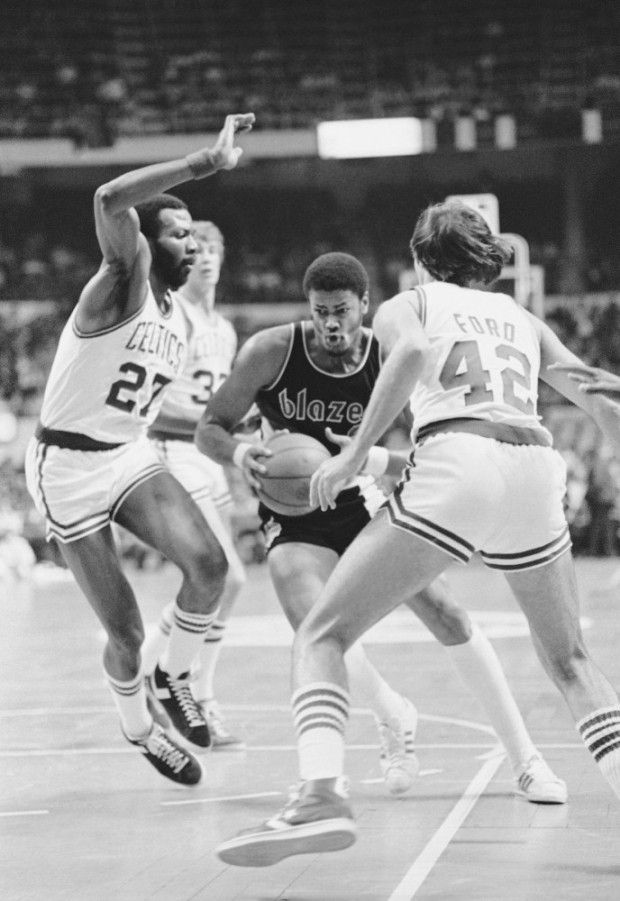 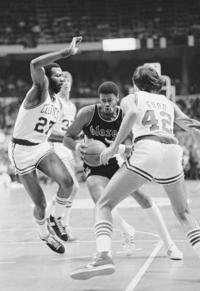 ASSOCIATED PRESSMarvin Barnes, star center on Providence College basketball team, was indicted Feb. 9, 1973 by a grand jury on a charge of assault with a dangerous weapon. (AP Photo)

Marvin Barnes (24) of the Spirits of St. Louis in action against the New York Nets in a playoff game at Uniondale, New York on Wednesday, April 9, 1975. He led the Spirits to a 115-97 victory, which evened the series 1-1. Barnes scored 35 points, high for the game. At left is St. Louis guard Mike Barr. (AP Photo/Richard Drew)

PROVIDENCE - "That's Marvin," would be the familiar refrain when anyone spoke of Marvin Barnes, one of the greatest collegiate basketball players of all time, not just a Providence College Friar.

The rebounding legend, an NCAA All American who had a fabled, if under-achieving professional basketball career, died Monday. He was 62.

Barnes was nicknamed "Bad News," from the time he robbed a public transit bus as a teenager, proudly wearing his Central High School "state championship" basketball jacket with the name "Marvin" neatly lettered on it.

And during his days as a Friar, it was "Bad News" Barnes who took a tire iron to deliver a blow to combative teammate Larry Ketvirtis outside Raymond Hall, a PC dining hall.

Ketvirtis had irritated Barnes with his physical play during practice sessions.

Within days, with Ketvirtis on the sidelines and PC playing in the NCAA Final Four championship tournament semifinal round game against Memphis State, Barnes was injured during the first half of play and went to the sidelines.

Neither Ernie DiGregorio nor Kevin Stacom, his All-American teammates, could carry the Friars to victory.

And, it was long held that if Barnes and Ketvirtis were healthy and in uniform, the Friars would have won that game and played for the national championship.

The "legend" of Marvin Barnes continued when, a few months later, he was awaiting word of his likely selection in the first round of the NBA draft.

On the telephone with representatives from the Philadelphia 76'ers, who had drafted him and informed of his impending contract (in dollars), Barnes dropped the phone on the 76'ers, irate with the offer.

So, he subsequently signed with the newly formed American Basketball Association's Spirits of St. Louis, where his off-the-court drama and theatrics, not to mention being a tremendously accomplished basketball player, continued.

There is the legendary story about the Spirits of St. Louis preparing to depart on a flight that left Louisville, Ky., at 8 p.m. and would get into St. Louis at 7:56 p.m. because of a time zone change.

Upon looking at the schedule, Barnes said: "I ain't getting on no time machine," and rented a car for the trip.

Barnes' off-the-court tribulations, including drug use and socializing with a less than a desirable element, wrecked his finances. Barnes was known to hand out money to his family and ever-expanding circle of friends.

Barnes led the nation in rebounding in the 1973-74 season. In the same year, he became the first player to score 10 times on 10 field goal attempts in the NCAA tournament - a record eclipsed only once since.

Providence College retired his jersey in 2008, and he was often a familiar face attending Friar practice sessions through the years.

"He struggled with his demons, but he was a great friend," Stacom told various wire services. "He was a great talent and a great teammate, but most of all he was our friend."

The 6-foot-8 Barnes outscored one of the nation's premier scoring machines, Fly Williams of Austin Peay, on a memorable night Dec. 15, 1973, at the then Providence Civic Center, scoring 52 points to set a Friar single-game scoring record - matched three years ago by Marshon Brooks.

Barnes had his greatest success in the ABA, being named the Rookie of the Year during the 1974-75 season. He shared the ABA record for most two-point field goals (27) in a game.

Barnes' bus robbery turmoil was handled by the juvenile justice system, while he pleaded guilty to an assault charge against Ketvirtis, paid $10,000 in restitution and was placed on probation.

Barnes violated probation in October 1976, when an unloaded gun was found in his bag at the Detroit Metropolitan Airport while playing for the Detroit Pistons. He served 152 days in Rhode Island's ACI.

Because of his drug use, his NBA career was cut short and he wound up homeless in San Diego in the early 1980s.

After multiple rehab programs, he started reaching out to youth in South Providence, where he grew up, urging them not to make the same mistakes he had.

Although newly developed by Vietnamese IT engineers for a few years, Salekit has gathered many advantages of other phan mem quan ly ban hang. To increase performance, you should choose a phan mem quan ly ban hang don gian. As simple as possible, so easy to train staff to use! Salekit meets the criteria of moderate price, diverse functions, in line with the requirements of new startups and developers.