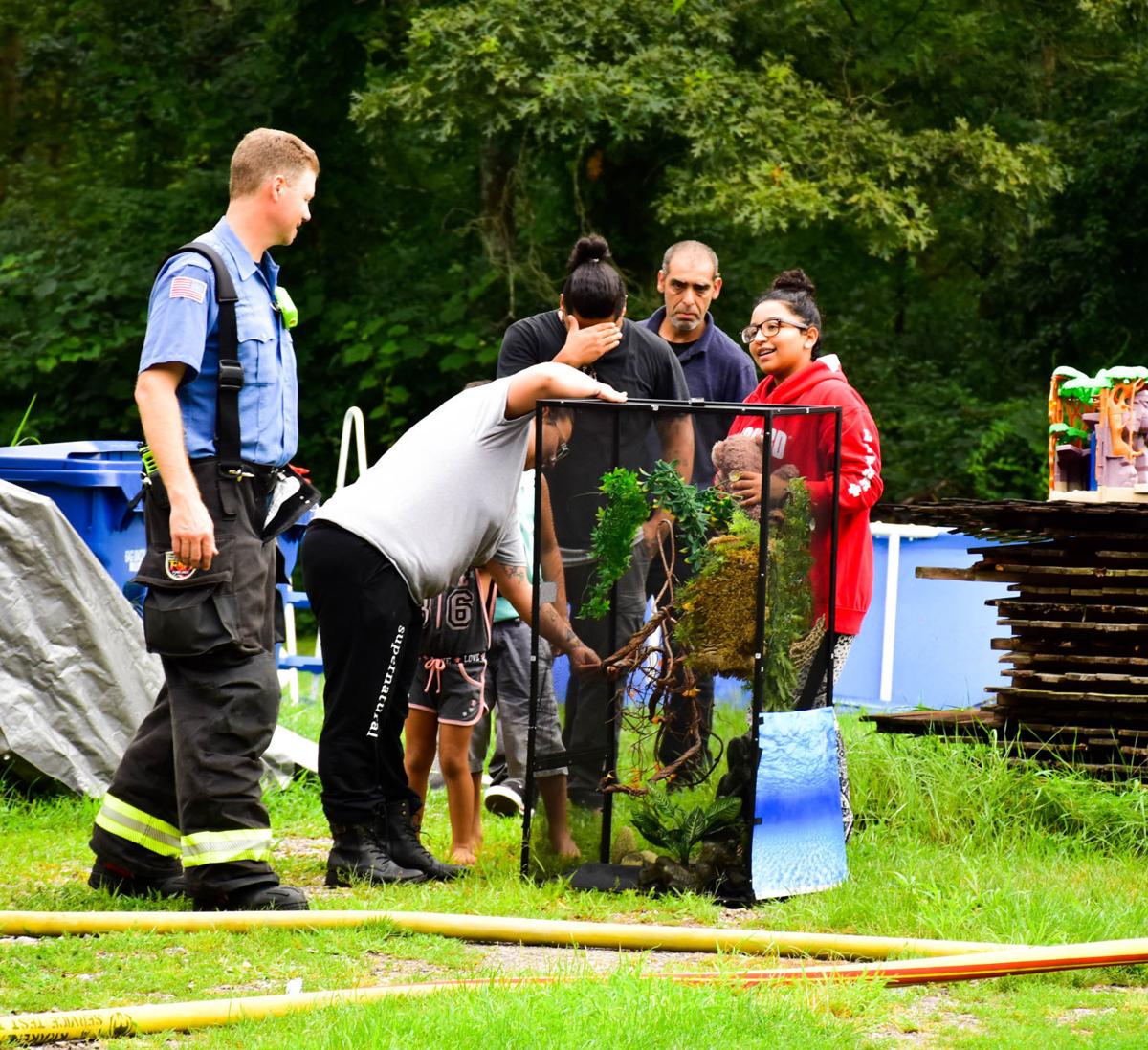 A firefighter and family members check on a lizard that was taken from the smoke-filled home in Seekonk on Saturday. 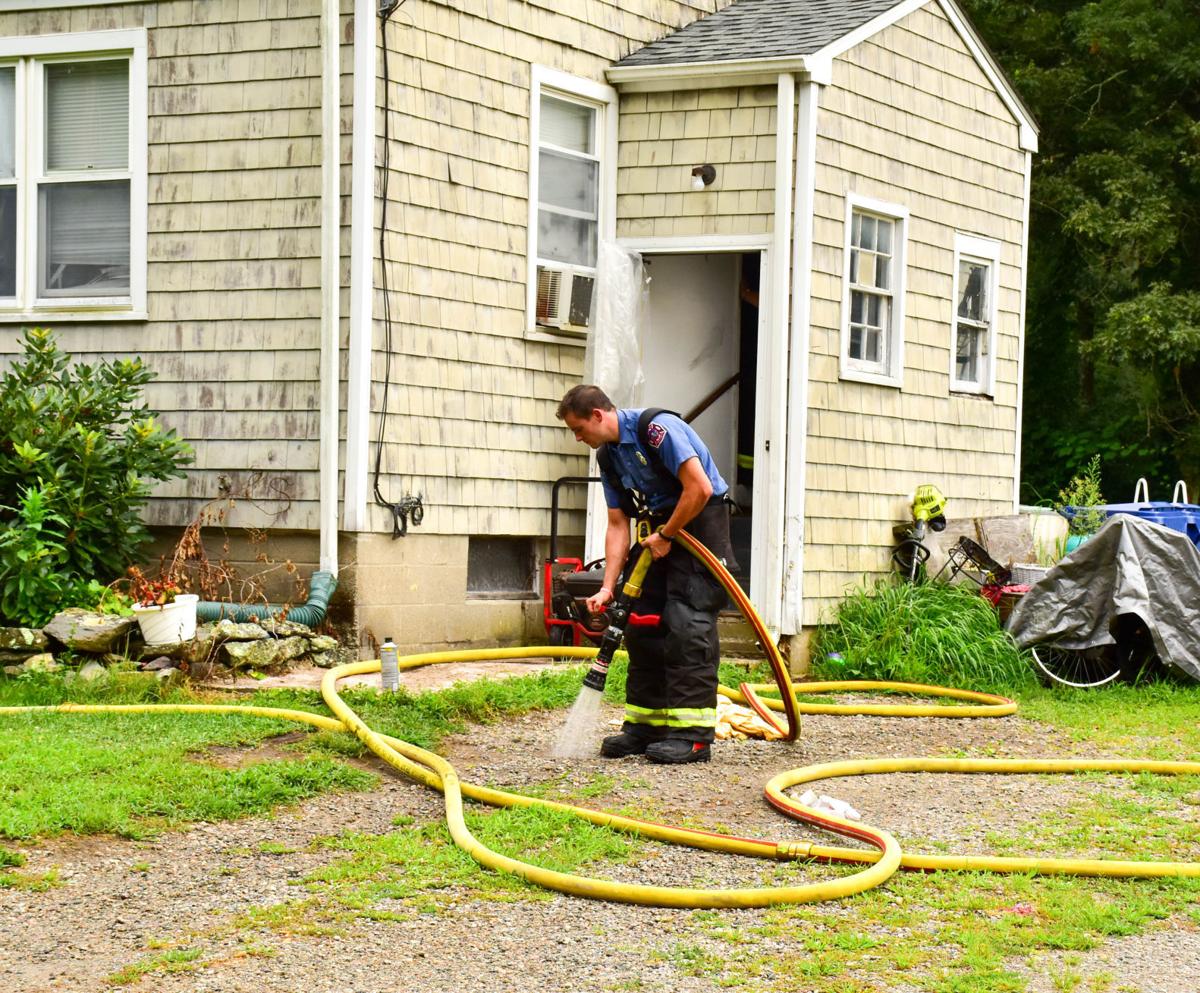 A firefighter at the scene of a smoky fire on Cross Street in Seekonk on Saturday.

A firefighter and family members check on a lizard that was taken from the smoke-filled home in Seekonk on Saturday.

A firefighter at the scene of a smoky fire on Cross Street in Seekonk on Saturday.

SEEKONK — A family of four was displaced late Saturday afternoon after a smoky kitchen fire caused moderate damage to a small single-family home.

Fire officials said one adult and three children were displaced after the house at 65 Cross St. was determined to be uninhabitable because of damage caused by the fire, which occurred around 5 p.m. on Saturday.

Fire officials at the scene said there was a small kitchen fire that extended into the cabinets and filling the room with smoke.

The house is a single-story, wood-framed house located on a narrow country-style road.

Once the fire was out and it was deemed safe for family members to enter the house, a family member who didn’t want to give their name came out of the house with the help of a firefighter carrying a large tank that held a lizard.

Family members said the lizard was cold and scared.

Fire officials said the American Red Cross had been called to assist the family.

They also said the exact cause of the fire was under investigation.