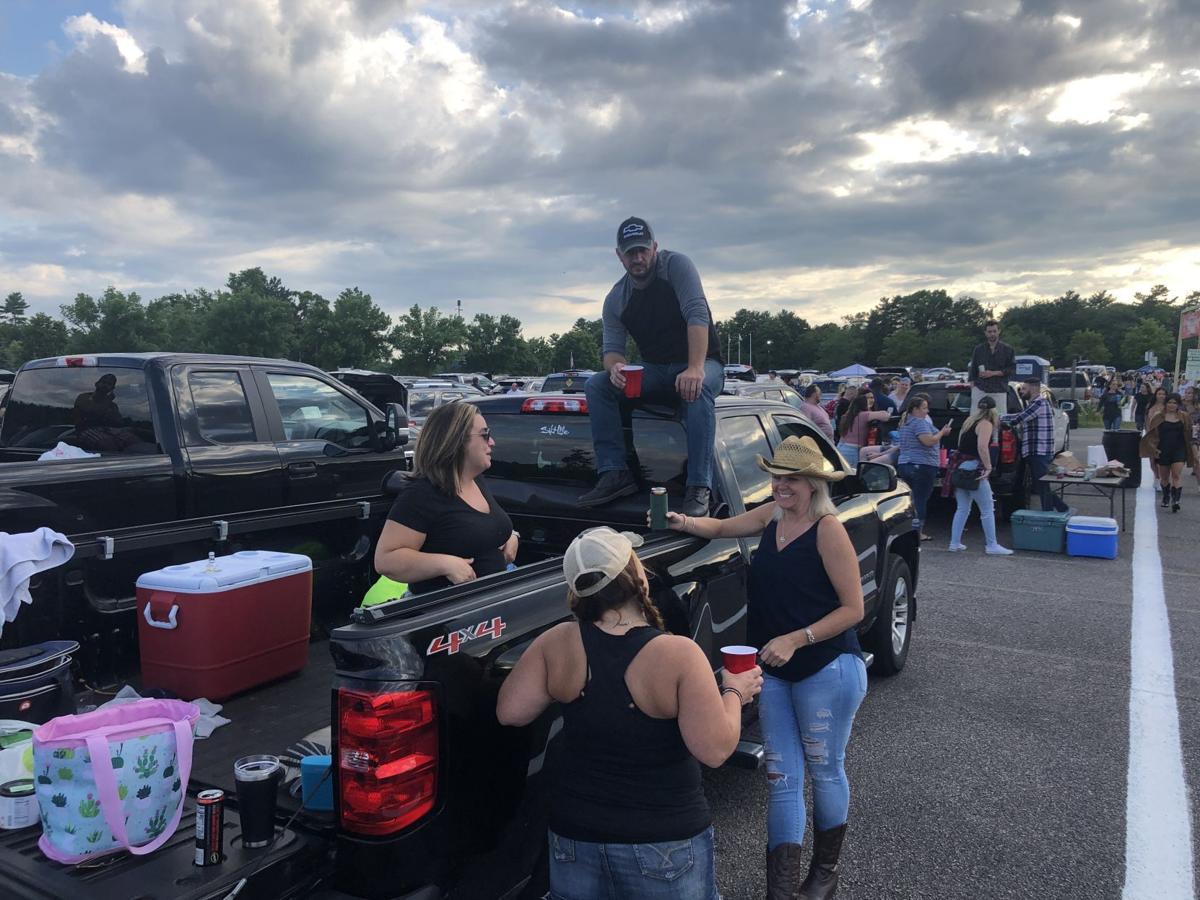 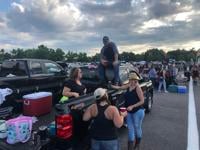 Shana Cabral, of New Bedford, and Stephanie Johnson, of Rochester, join Kimarie Junkins and John Carine, both of Norton, for a tailgating party in Junkins’ truck at the Xfinity Center on Saturday night. 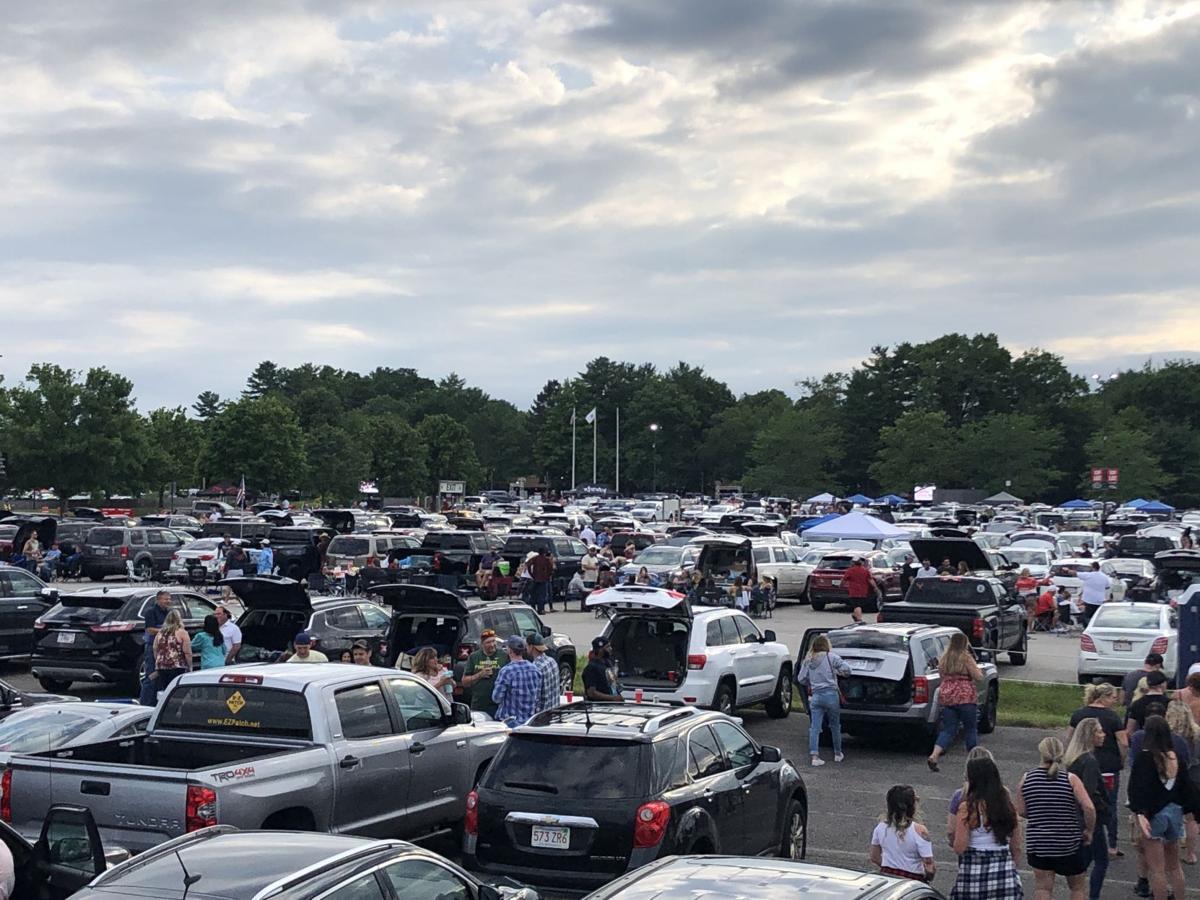 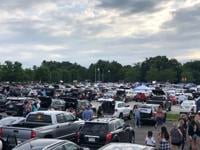 People were tailgating and celebrating being together at the first concert of the season at the Xfinity Center in Mansfield Saturday after a year’s hiatus due to the pandemic.

Shana Cabral, of New Bedford, and Stephanie Johnson, of Rochester, join Kimarie Junkins and John Carine, both of Norton, for a tailgating party in Junkins’ truck at the Xfinity Center on Saturday night.

People were tailgating and celebrating being together at the first concert of the season at the Xfinity Center in Mansfield Saturday after a year’s hiatus due to the pandemic.

After being shuttered for a whole season due to the COVID-19 pandemic, the gates of the Xfinity Center in Mansfield flew wide open on Saturday night as the venue kicked off its summer concert series with country music star Luke Bryan.

Long before the concert began at 7 p.m., cars, trucks and SUVs were bumper to bumper for the tailgating parties in the parking lots, where patrons happily socialized and enjoyed the thrill of not only attending a concert, but to be able to freely mingle with other people.

“It’s liberating,” said Corinne Setton of Taunton, who was surrounded by her family and close friends in the VIP parking lot. “I didn’t like the lockdown, and I am so happy to see everyone out and unafraid and enjoying life.”

One of Setton’s friends from Easton, who did not wish to be identified, called the Xfinity Center’s opening day “liberating and energizing.”

“I’m not a concert-goer, but in quarantine, I missed concerts — I missed the group connection,” the woman said. “That’s the bottom line: connections with people.”

All around Setton and her loved ones, and for as far as the eye could see around the venue’s various parking lots, there did not seem to be any shortage of high spirits as patrons ate, drank, danced on the flatbeds of their trucks, tossed footballs and competed in cornhole tournaments.

Even to sit quietly in folding chairs with a drink and some friends was reason enough to celebrate, as Jen Harris of Westerly and Cindy Holly of Westerly, were doing.

“It’s awesome,” Holly said of the evening’s festivities. “Just to be out with other people and socializing — and no masks.”

In the adjacent parking lot, Lory Guglielmetti of Cranston, was doing the same with Patti Russo, also of Cranston.

Guglielmetti and Russo were joined by Renee Boudreau of West Warwick and Kelli Doire of Coventry.

The last Xfinity Center concert the women had attended was country singer Dierks Bentley, which was in August 2019.

Saturday night marked the first social event for the women since the pandemic started. Neither Russo, who works in the billing department for a physical therapist, or Guglielmetti, who is a cardiologist, have had any time off for over a year.

Another patron, Stephanie Johnson of Rochester, concurred with the feeling of normalcy.

Johnson was joined by Kimarie Junkins and and John Carrie, both of Norton, and Shana Cabral of New Bedford.

“This is a breath of fresh air,” Junkins said.

While extra security measures were in place, such as required temperature and health checks for Xfinity employees and extra disinfecting treatments for surfaces, the excitement of a new concert season was felt by even the Live Nation security personnel.

“We’re just excited to get back to work,” one employee said.

The state’s recent relaxation of the health restrictions allowed the venue to open in July, rather than August as was initially planned.

While this concert season is truncated — there are only 23 shows scheduled instead of the usual 35 — there are still plenty of live acts for a variety of ages and musical tastes.

The JMBLYA festival, KISS, Lynyrd Skynyrd, Hall & Oates, Dave Matthews and rap stars Pitbull and Lil Baby are just part of the upcoming lineup for the next several weeks.