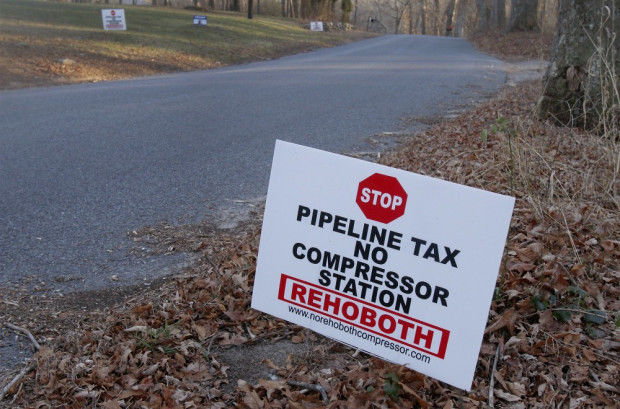 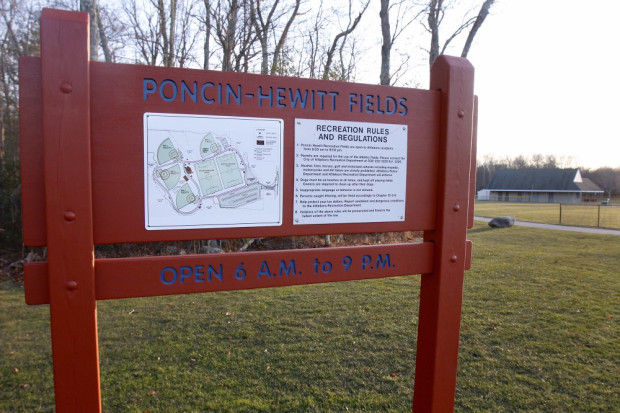 The proposed natural gas compressor station in Rehoboth would be just a few hundred yards south of recreational complex at Poncin-Hewitt Fields in Attleboro.

The proposed natural gas compressor station in Rehoboth would be just a few hundred yards south of recreational complex at Poncin-Hewitt Fields in Attleboro.

ATTLEBORO - City residents and at least one elected official have joined a rising chorus of voices opposed to the construction of a natural gas compressor station in Rehoboth.

Rob Geddes of Zarek Drive told city councilors last week that an Attleboro-based group of opponents is forming and will be "canvassing aggressively to get the word out."

He called the proposed construction of a compressor station a "critical issue" for residents of the city.

Concern in the city has grown substantially, he said.

He cited attendance at a recent meeting about the issue in Rehoboth at which 75 of the approximately 100 attendees were from Attleboro.

"This is just as much a problem for Attleboro as it is for Rehoboth," he said.

Geddes who's involved in a group opposing an asphalt plant that's been proposed for a site near his home, said a compressor station is even more worrisome.

"It's exponentially worse than anything an asphalt plant can do," he said.

Opponents claim that compressor stations emit noise and a number of pollutants like methane which could threaten air and water quality.

They also claim explosions could occur and impact residents and businesses miles from the station.

Compressor stations pressurize natural gas to enable it to flow through pipelines.

The one being proposed for Rehoboth will be powered by a 10,320-horsepower engine that will run 24 hours a day.

The station would be built by Houston-based Spectra Energy on about 120 acres in the northwest corner of Rehoboth just a couple of hundred yards south of Poncin-Hewitt Fields off Oak Hill Avenue in Attleboro and near the Seekonk town line just to the west.

The project is part of a $3 billion natural gas pipeline expansion through the region for Algonquin Gas Transmission Co.

Meanwhile, Spectra says the transmission of gas via pipe is the safest way to do it.

The company's website cites U.S. Department of Transportation statistics to support the assertion.

In addition, the system undergoes regular government inspections and is constantly monitored by the company, the website said.

Spectra says the project will increase the availability of natural gas in the region and reduce prices for consumers.

The project would include building the Northeast's largest liquefied natural gas storage facility in Acushnet.

Others joining Geddes in the Attleboro effort to oppose the compressor station are environmentalist and former city councilor Charlie Adler along with city residents Barbara Clark and Laura Dolan.

Spectra does not need permits from Rehoboth for the project, with the possible exception of one for wetlands work.

The Federal Energy Regulatory Commission is the permitting agency.

He's also urging the panel to "take any other steps necessary to legally oppose the building of a compressor station in the town of Rehoboth."

Denlea said the city and residents need to team up.

"This municipal council can serve a complementary role to citizen activists by saying we're united against this compressor station," he said. "This is our job as a city council when we're being impacted by a big bully like the oil companies."

Councilor Heather Porreca said some residents are so concerned it's affecting their rest.

"People are literally losing sleep over this," she said.

At least one councilor, Julie Hall, believes it's important to get more information before taking a stand.

Councilors will decide whether to issue a resolution at a later date.

A meeting for anyone interested in learning more about the matter is slated for 7 p.m. Wednesday in Blanding Library at 124 Bay State Road, Rehoboth.

Local legislators are attempting to fight a proposed natural gas compressor station in Rehoboth, but admit the issue is likely to be settled i…