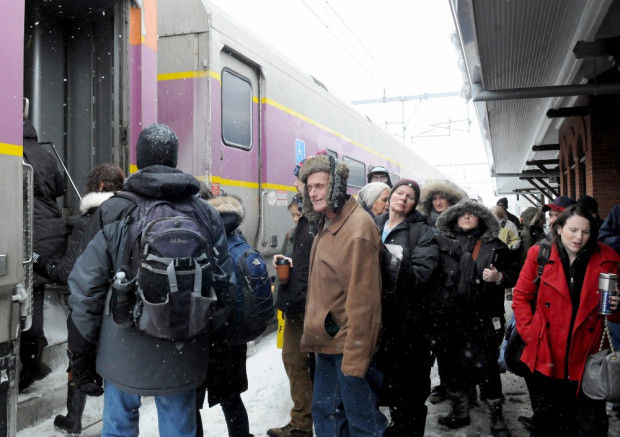 MBTA passengers get on one of the trains that have made it the last month at the Attleboro train station. (Staff file photo by Mike George) 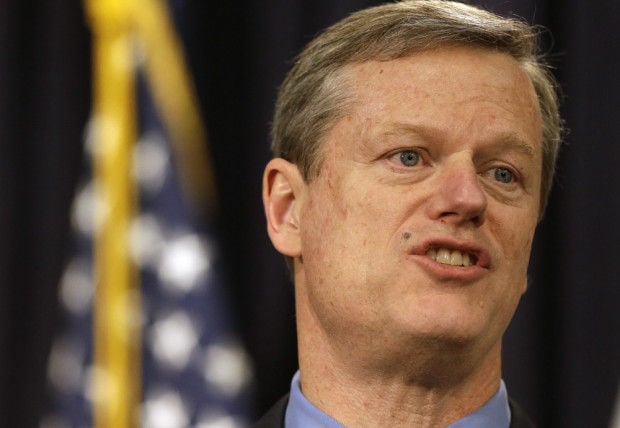 MBTA passengers get on one of the trains that have made it the last month at the Attleboro train station. (Staff file photo by Mike George)

With frustration at the MBTA's slow recovery from recent snowstorms growing, Gov. Charlie Baker appointed a special commission Friday to look into problems at the transit authority, a step taken by past governors and legislatures.

Baker has said he is for the moment focused on solving immediate problems with getting the MBTA fully functional again. The committee, on the other hand, will be charged with finding long-term fixes.

He said the board will study other recent reports on the transit system, conduct a performance review, and review its finances, capital planning and how it compares with systems in other major cities.

He said he wants the report submitted by the end of March.

"Public transportation plays a major role in supporting and driving the region's economy, and in order to fix the problems with the MBTA they first must be diagnosed," Baker said.

"This group of national leaders in transportation and public administration will provide us with a framework we can build on. Providing reliable public transportation now will require careful review, adequate resources and a serious discussion of restructuring. It's clear that following past procedures will only yield the same unacceptable results."

Mary Connaughton of the conservative Pioneer Institute said former Gov. Deval Patrick also appointed a committee in 2009 to look into the MBTA. The Legislature did the same for the entire transportation system in 2004.

Both those studies found that the MBTA had fallen far behind on maintenance.

She said the lack of maintenance was a problem long before this winter's snowstorms shut part of the MBTA down.

"This issue isn't new to the snowstorm," she said.

Connaughton, a former Republican candidate for state auditor, said she takes commuter rail to work in Boston from Framingham, and three times in the past six months her train has broke down. It was late many times, she said.

The Baker commission will only be helpful if the governor and the Legislature can agree to act on its recommendations, she said.

The Baker commission will go beyond the finances of the MBTA and look into its management and other issues, she said.

Josh Ostroff of Transportation for Massachusetts, a group that advocates for public transit, also saw the Baker commission as a positive first step.

He said the committee members have a lot of talent and experience. The committee has also only been given 30 days to work, so the report will be out soon, he said.

One of the most important things the board will look into beyond finances and maintenances, he said, is the governing structure of the MBTA. He said he also likes that the board will compare the MBTA to how other first-class systems operate.

He said it is too early yet to talk about solutions, but his group believes there is no way the MBTA can get up to speed without more revenue.

State officials have ruled out new taxes, but Ostroff said they may come around after the report is issued.

Reform of the MBTA is important, but revenue is also necessary, he said.

Connaughton said the Pioneer Institute believes one of the major problem with the MBTA is its debt level.

She said it's spending $443 million this year alone on debt payments.

About half that debt comes from so-called "Big Dig mitigation projects," she said.

Back when the Big Dig highway project was being planned, environmental groups threatened to sue, saying the project would violate the Clean Air and Clean Water acts by attracting more cars to the highway, she said.

To avoid long delays in construction due to suits, the state agreed to expand the MBTA to the South Shore, past Framingham and to Ipswich, she said.

The Pioneer Institute advocates having the state assume $50 million of the debt service per year to free the MBTA up to dedicate that amount to catching up with its maintenance problems.

It also wants a control board appointed that can renegotiate contracts, among other moves, she said.

Baker has been repeating Pioneer Institute recommendations in his daily press conferences, including saying that putting the MBTA into receivership is an option worth exploring.

The appointees to the committee include Paul Barrett, a former official at the Boston Redevelopment Authority; Jane Garvey, former deputy administrator at the U.S. Highway Administration; and Jose Gomez-Ibanez, an urban planning professor at Harvard University.

The MBTA said Friday it had restored service on the Red Line between the JFK/UMass station and North Quincy, and was working to open up the rest of the branch to Braintree.

Trolleys were also running again on the E branch of the Green Line, officials said. But delays and cancellations persisted elsewhere in the system, including on several commuter rail lines.

Baker said more than 500 people, including members of the state's National Guard, were involved in clearing snow from rail tracks. Some parts of Massachusetts have been hammered with more than 8 feet of snow since Jan. 27.

"We haven't yet dug out from the storms but it's time to dig into what happened," said Stephanie Pollack, the state's secretary of transportation.

Material from the Associated Press was used in this report.