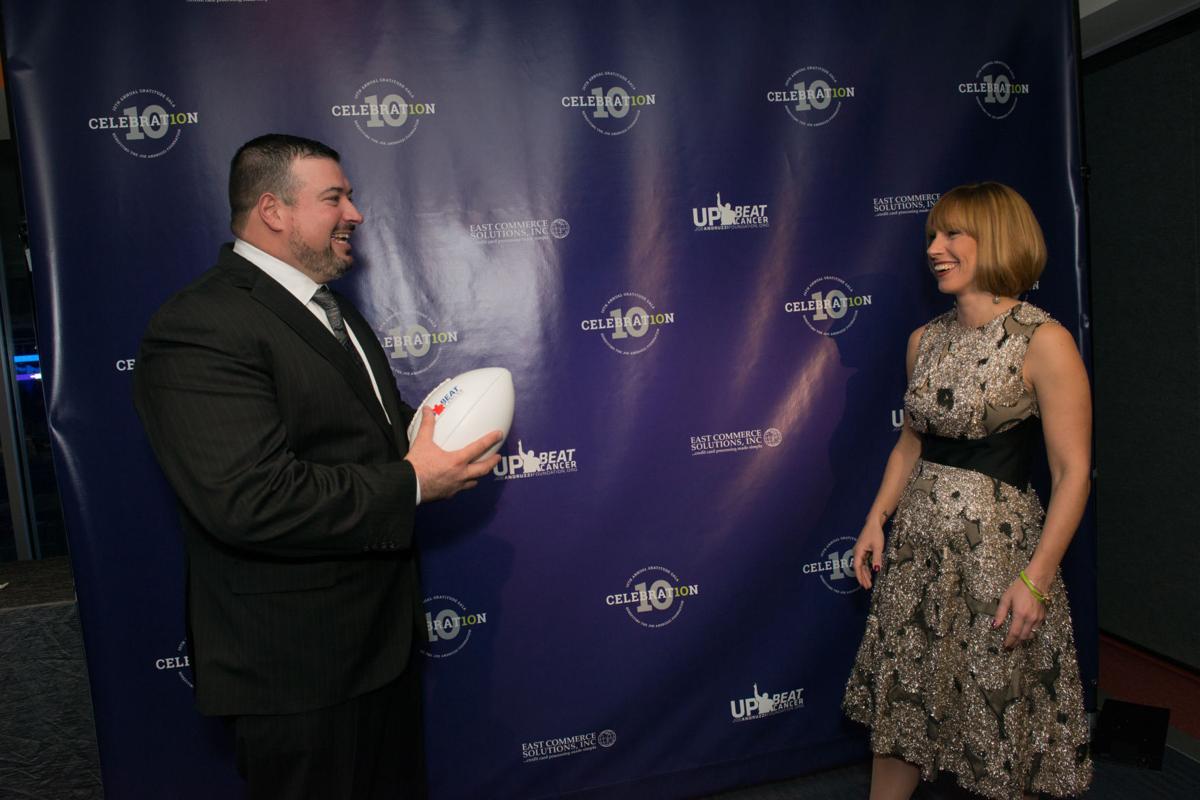 Joe Andruzzi and Jen Andruzzi at the 10th annual Gratitude Gala, the Andruzzi foundation’s largest fundraiser of the year. 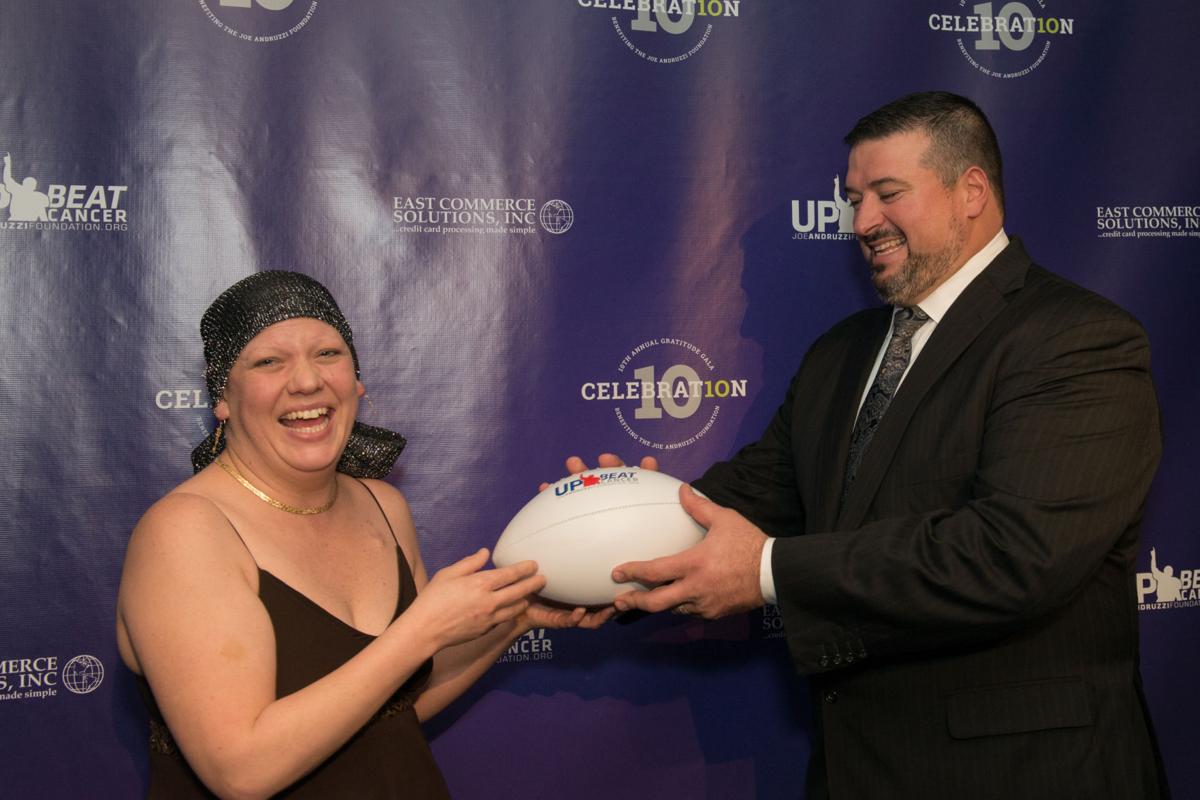 Joe Andruzzi and Jen Andruzzi at the 10th annual Gratitude Gala, the Andruzzi foundation’s largest fundraiser of the year.

FOXBORO — Joe Andruzzi had just finished his tenth year in the NFL when in May 2007, the three-time Super Bowl champion was diagnosed with non-Hodgkin’s Burkitt Lymphoma.

The former offensive guard for the New England Patriots fought a hard battle and when he was in remission, he and his wife, Jen, decided to pay it forward and help others (and their families) battling cancer.

They started the Joe Andruzzi Foundation and on Monday night, celebrated the 10th annual Gratitude Gala, the foundation’s largest fundraiser of the year. Prior to this event, they had raised more than $5 million to support the foundation’s mission of “alleviating the financial distress a cancer diagnosis can cause in the lives of New England patients and their families.”

While a final figure wasn’t available at press time, the sold-out event, attended by more than 900 people, surpassed $1.1 million.

The gala featured live and silent auction items, a sit-down dinner, and an opportunity to meet and mingle with pro athletes. Past and current Patriots who attended included David Andrews, Rob Ninkovich, Matt Chatham, Steve Nelson, Logan Mankins, Dan Koppen, and Nate Solder, himself a cancer survivor and who has a young son battling cancer.

“The way they are there for families ... this is what community is all about,” he said. “Just hearing the stories of the impact they’ve had ... that’s why we’re here, to support their great work.”

Norton resident Darlene Guenette, 49, managing director of Honeydew Donuts, called the Andruzzis “so genuine ... I’m touched by the work they do.”

David Andrews, starting center for Patriots, said when he joined the team three years ago, he heard about Joe Andruzzi and the work he did for cancer patients and their families. “I’m happy to be here to support him so he can help families in need in this community,” Andrews said.

Live auction items alone raised more than $200,000. Some of the big ticket items included a suite at TD Garden for 14 for both a Celtics and a Bruins game that went for $25,000 to two bidders — so $50,000 in total, and a chance for a group of six football fans to watch and critique game film with Matt Patricia, the Patriots defensive coordinator, and enjoy a barbecue meal with him. That auction item sold twice, for $19,000 a pop, so $38,000 in total.

An emotional Joe Andruzzi kicked off the night by talking about the foundation’s first fundraiser.

“We had 400 friends and supporters and big goals,” he recalled. To date, the foundation has helped nearly 7,500 patients, he said.

The evening’s master of ceremonies was CBS sports reporter Jenny Dell, and auctioneer was John Terrio. Dr. Mark Kieran, who was unable to attend the event, received the annual “(Up)Beat” award.

To top off the celebration of the Gratitude Gala’s 10-year anniversary, the evening ended with confetti and streamers cascading down from the ceiling.

“This was a wonderful night,” Andruzzi said after the event. “I was extremely happy to have been able to blast out that confetti to celebrate not only because it is the tenth year of our gala, but it is also 10 years that I have been cancer-free.”