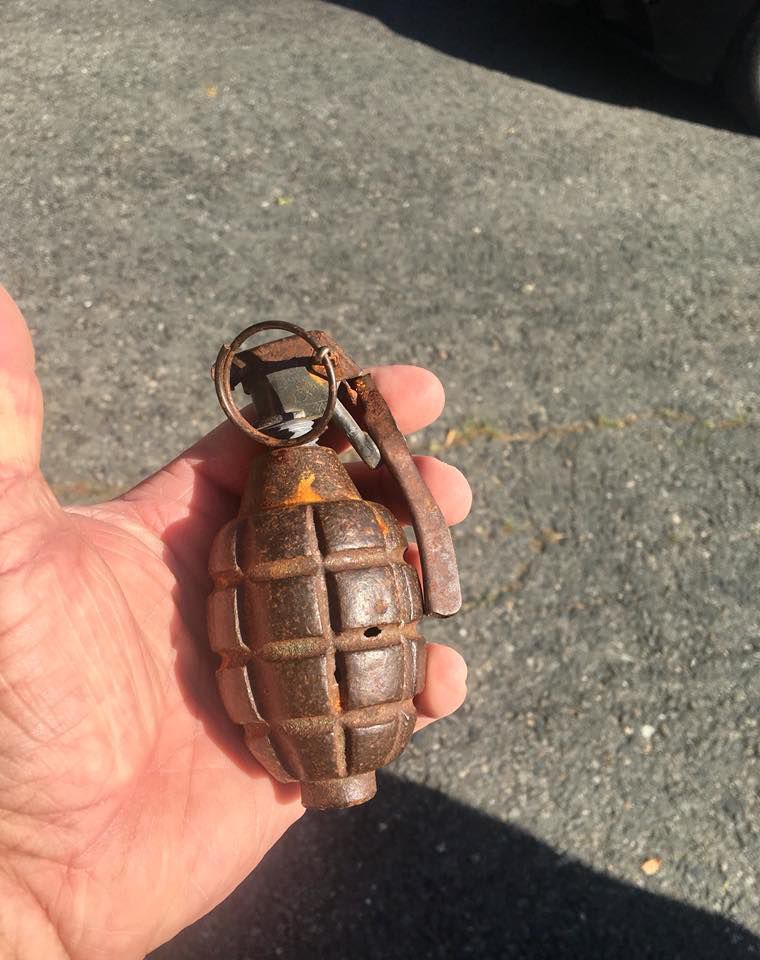 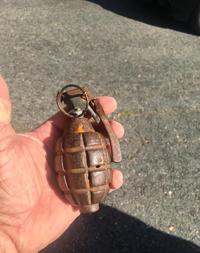 A device identified as a Mark 2 “pineapple” grenade husk was found near the American Legion donation box in Wrentham Sunday afternoon. It was declared inert by a state police bomb expert. 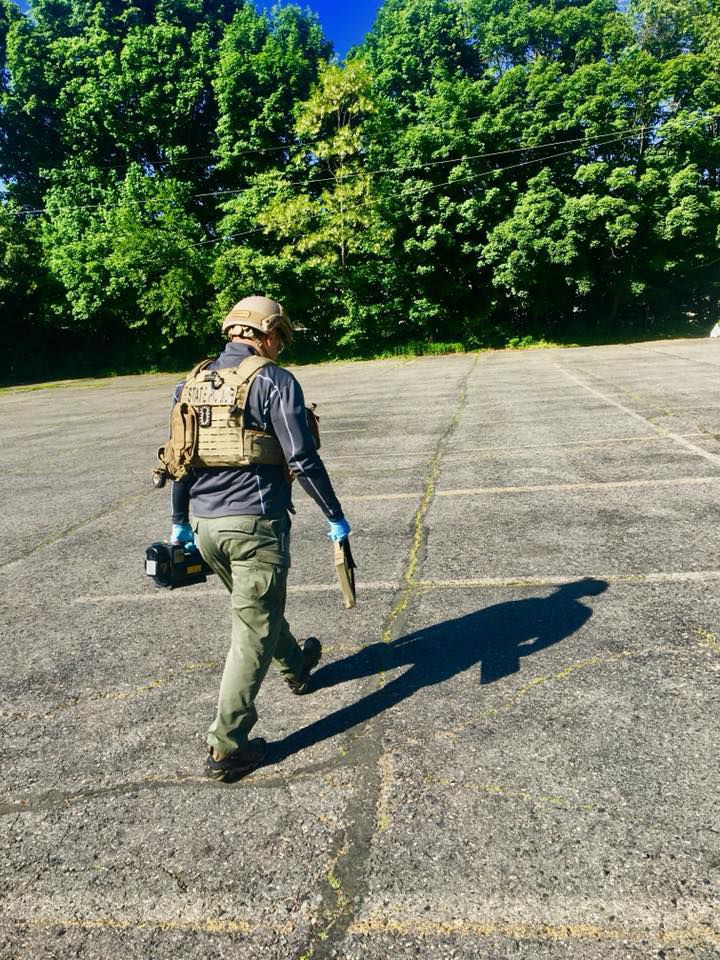 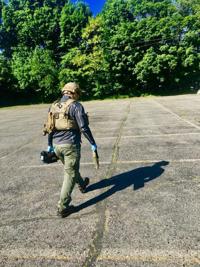 Trooper Stephen Sicard Jr. of the state police bomb squad, donning protective gear, examined and x-rayed the grenade found near the American Legion donation box on Sunday afternoon. He determined it was inert and safe, Wrentham police said in a statement later in the day.

WRENTHAM — A grenade found next to an American Legion donation box on Sunday afternoon turned out to be a dud.

Wrentham police responded to the call by the American Legion around 4 p.m.

Police and fire personnel secured the area and set up a safe perimeter in the event of detonation. The state police bomb squad was called for assistance.

Trooper Stephen Sicard Jr. of the bomb squad, donning protective gear, examined and x-rayed the grenade at which time he determined it was inert and safe, Wrentham police said in a statement later in the day.

The device was identified as a Mark 2 “pineapple” grenade husk.

It was removed from the scene.