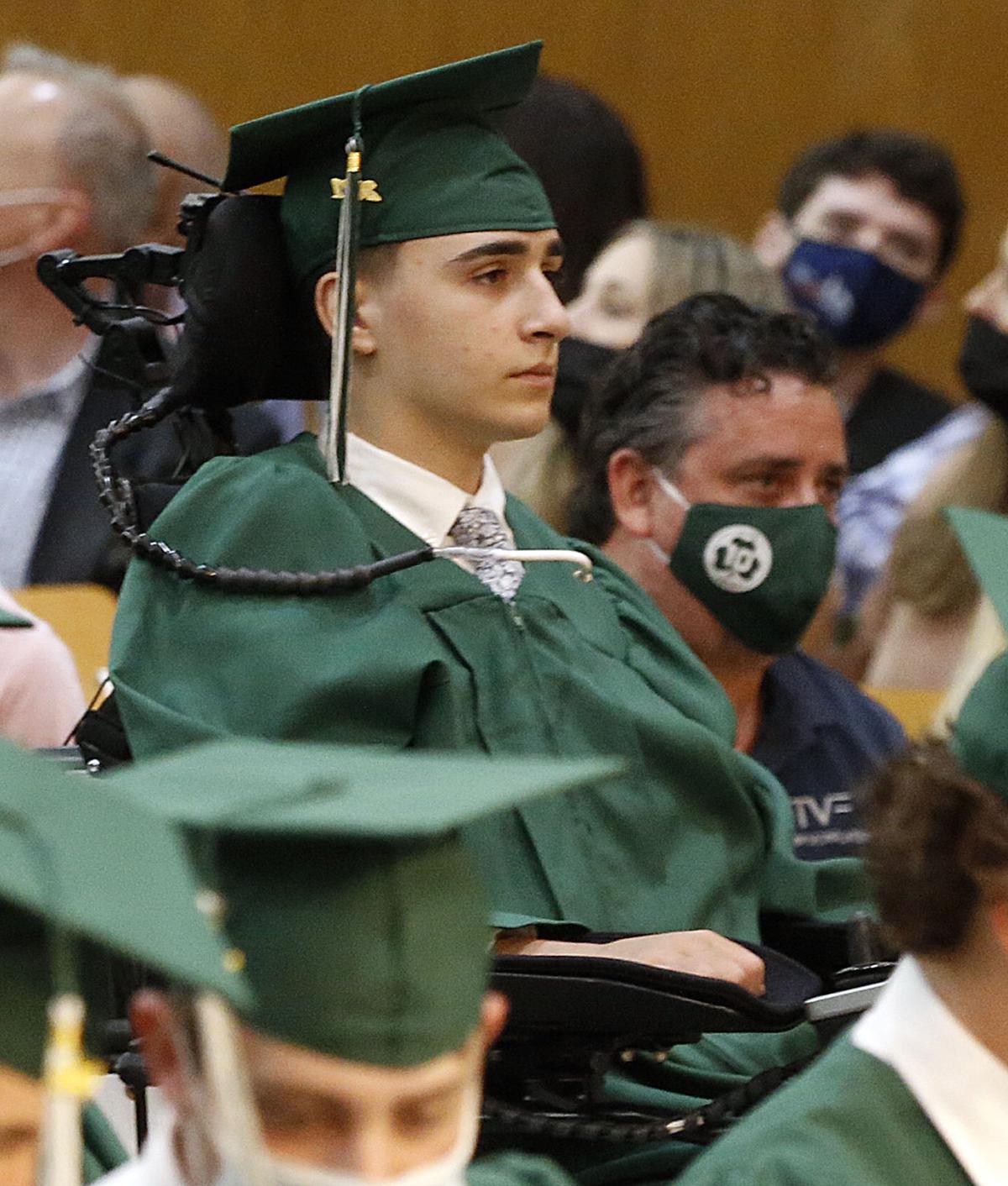 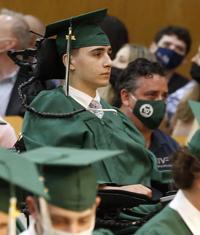 A.J. Quetta is shown among the graduates at Bishop Feehan High School in June. 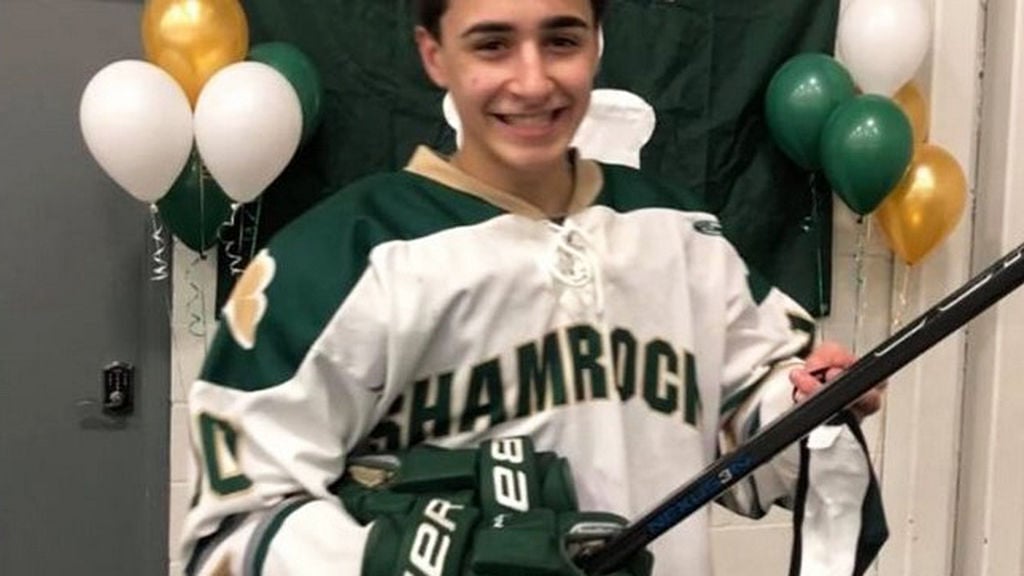 ATTLEBORO — The Bishop Feehan High School hockey player who suffered a severe spinal cord injury in a game early this year says his goal is to walk again, and he is determined to reach it.

A.J. Quetta, 18, a resident of North Providence, suffered the injury in a game in West Springfield seven months ago, leaving him paralyzed from the chest down.

He spent nearly three months in an Atlanta rehabilitation hospital and graduated with his Feehan classmates to a standing ovation in June. Quetta is back home, spending about three hours a day at Journey Forward in Canton, a non-profit organization helping people with spinal cord injuries or disabilities.

In a story that aired Wednesday on WPRI-TV (Channel 12), Quetta recounted the memories he has of the accident and added, “You know I’m making progress every single day, getting stronger, and getting a little bit closer to the finish line at the end of the marathon.”

Quetta said he is able to move his head — something he wasn’t able to do immediately after his injury — and has more strength in his shoulders.

Quetta’s father, Anthony, said, “Everything he does is at a high level and I know that he is going to get out of the chair, I just do.. Just because of his attitude and the times we live in with the technology and the care so this is the hard part and we are getting through it.”

The Feehan community and the wider hockey world rallied around the Quetta family in the wake of the accident. The Boston Bruins and other organizations helped in fundraising. Golf and hockey tournaments have collected money to help out.