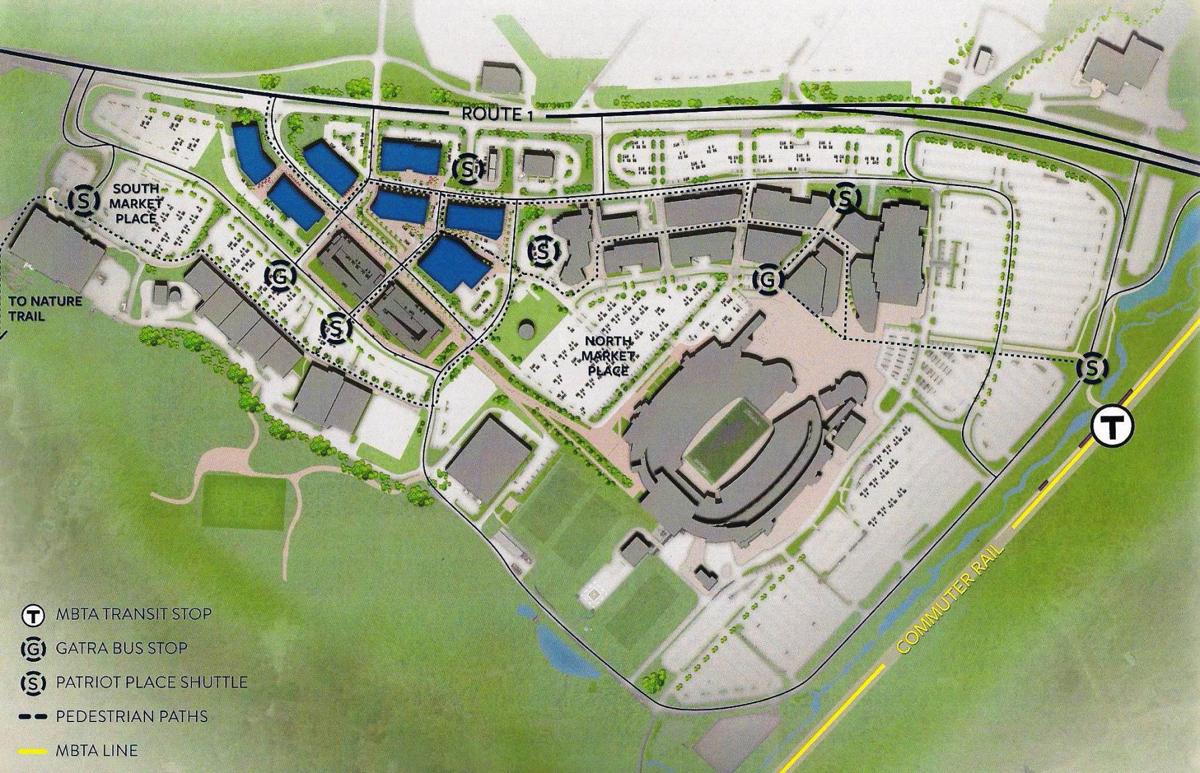 Seven buildings comprising a proposed office campus are depicted in blue, situated between the south retail plaza — Trader Joe’s, Christmas Tree Shop, etc. — and Route 1 in these plans presented by the Kraft Group. 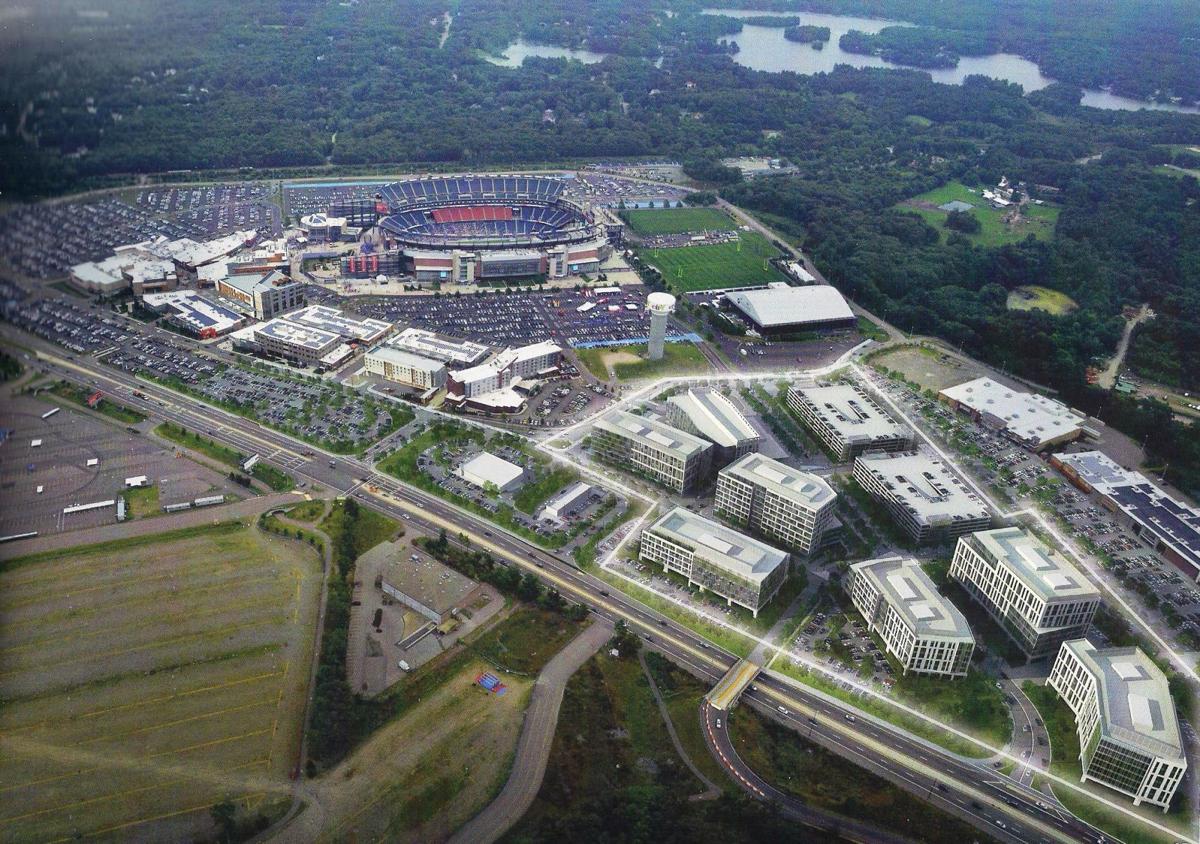 Seven buildings comprising a proposed office campus are depicted in blue, situated between the south retail plaza — Trader Joe’s, Christmas Tree Shop, etc. — and Route 1 in these plans presented by the Kraft Group.

The office development originally had been envisioned for Kraft-owned land now used for stadium parking situated on the southbound side of Route 1, across from the Gillette Stadium/Patriot Place complex.

It was more recently reoriented across the highway, directly adjacent to Patriot Place, to help capitalize on foot traffic and build better continuity with existing retail and entertainment options, according to Dan Krantz, director of site development for the Kraft Group.

As outlined in marketing materials prepared by the Kraft Group, the so-called “Quarter Point at Patriot Place” office park campus would comprise 1.5 million square feet of office space in seven new buildings to be located just south of the Renaissance Hotel, between the south retail plaza and Route 1.

Though still conceptual in nature, two of the proposed buildings would be nine stories high, with the remaining five between five and seven stories. Both covered and external parking would be available.

The marketing materials present opportunities for prospective tenants to obtain “urban level” amenities, entertainment and infrastructure in a suburban setting with a full-time MBTA commuter rail station on site.

Much of the emphasis focuses on green design and sustainability initiatives to be employed in the office park development, including the use of green building materials and energy management systems, as well as internal shuttle, bicycle and pedestrian paths.

And because the project will be developed almost exclusively over existing pavement, disruption to undisturbed areas would be minimized.

The concept was informally presented to planning board members while discussing an unrelated proposal to construct a Starbucks next to the CVS outlet at Patriot Place. Krantz said the Kraft Group remains open to development opportunities on the southbound side of Route 1.