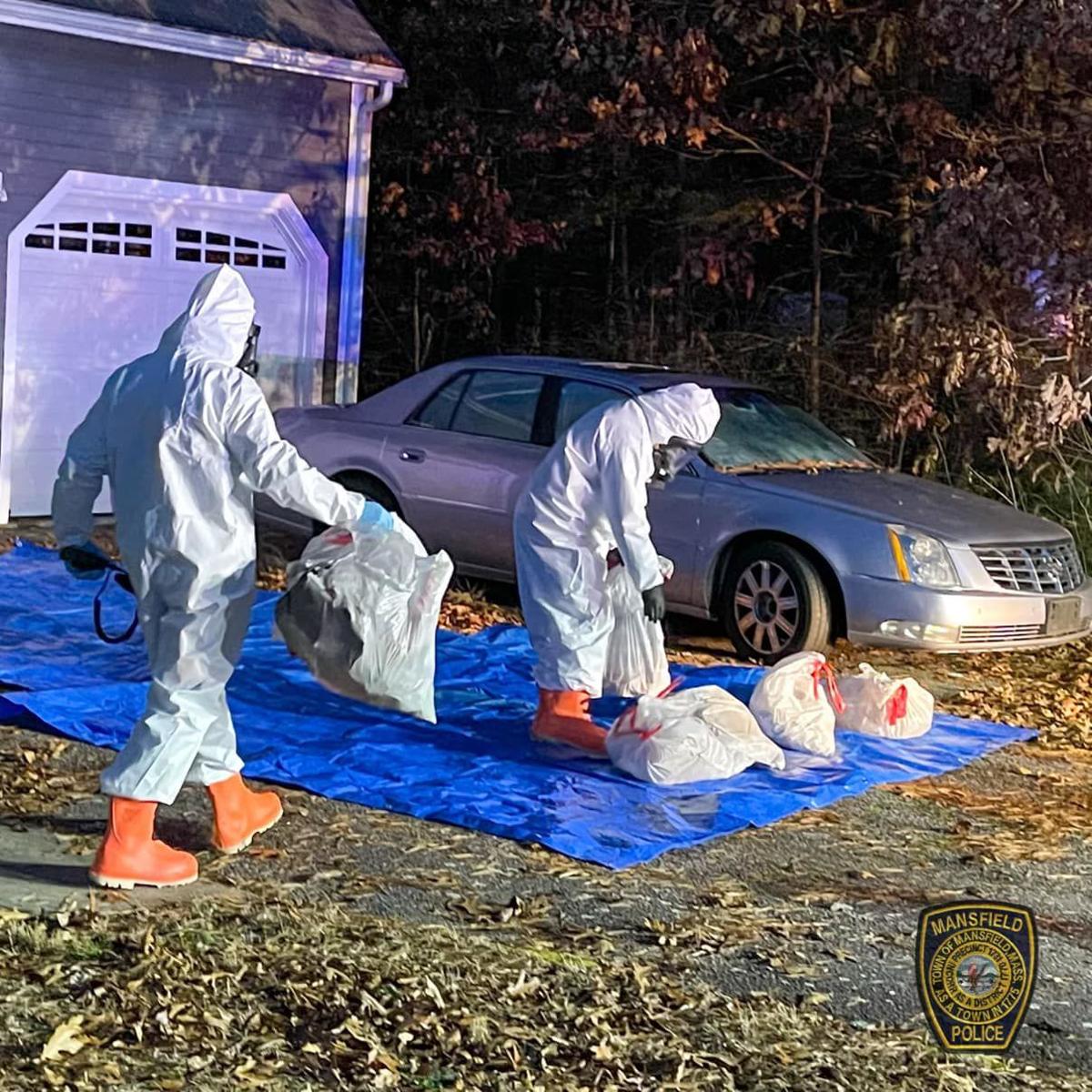 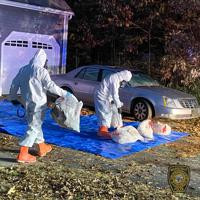 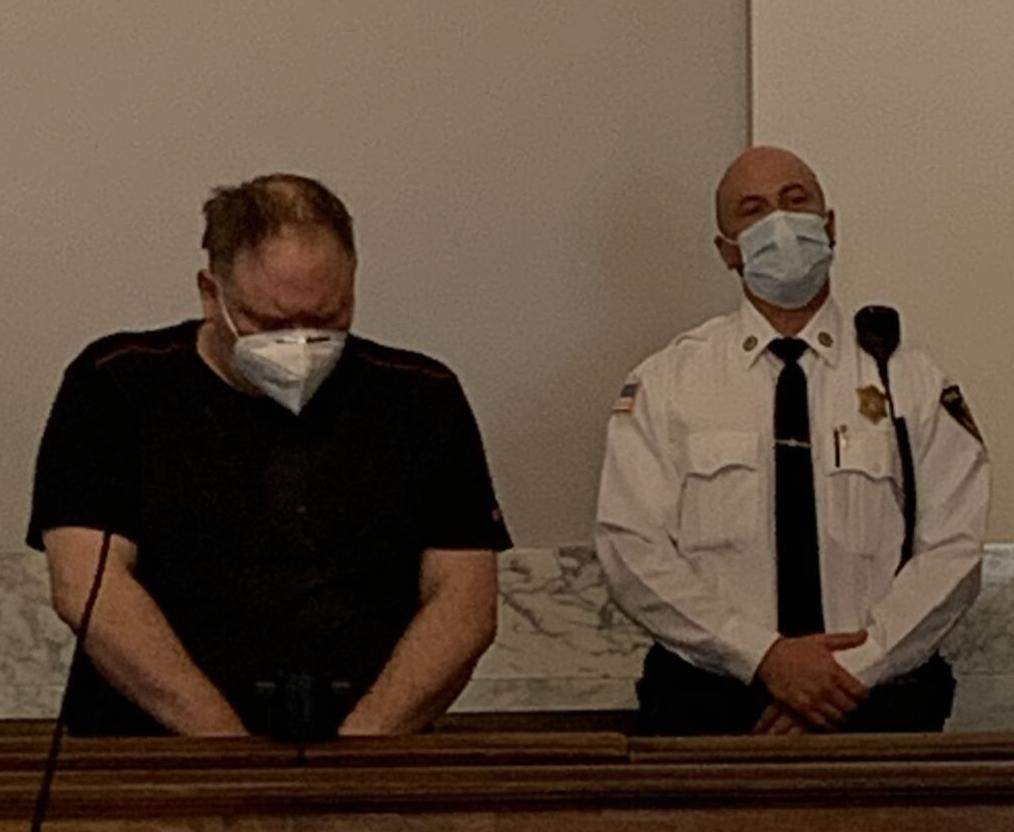 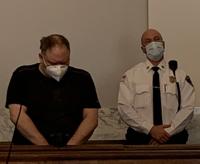 Robert Triggs bows his head as he is arraigned Tuesday in Attleboro District Court. 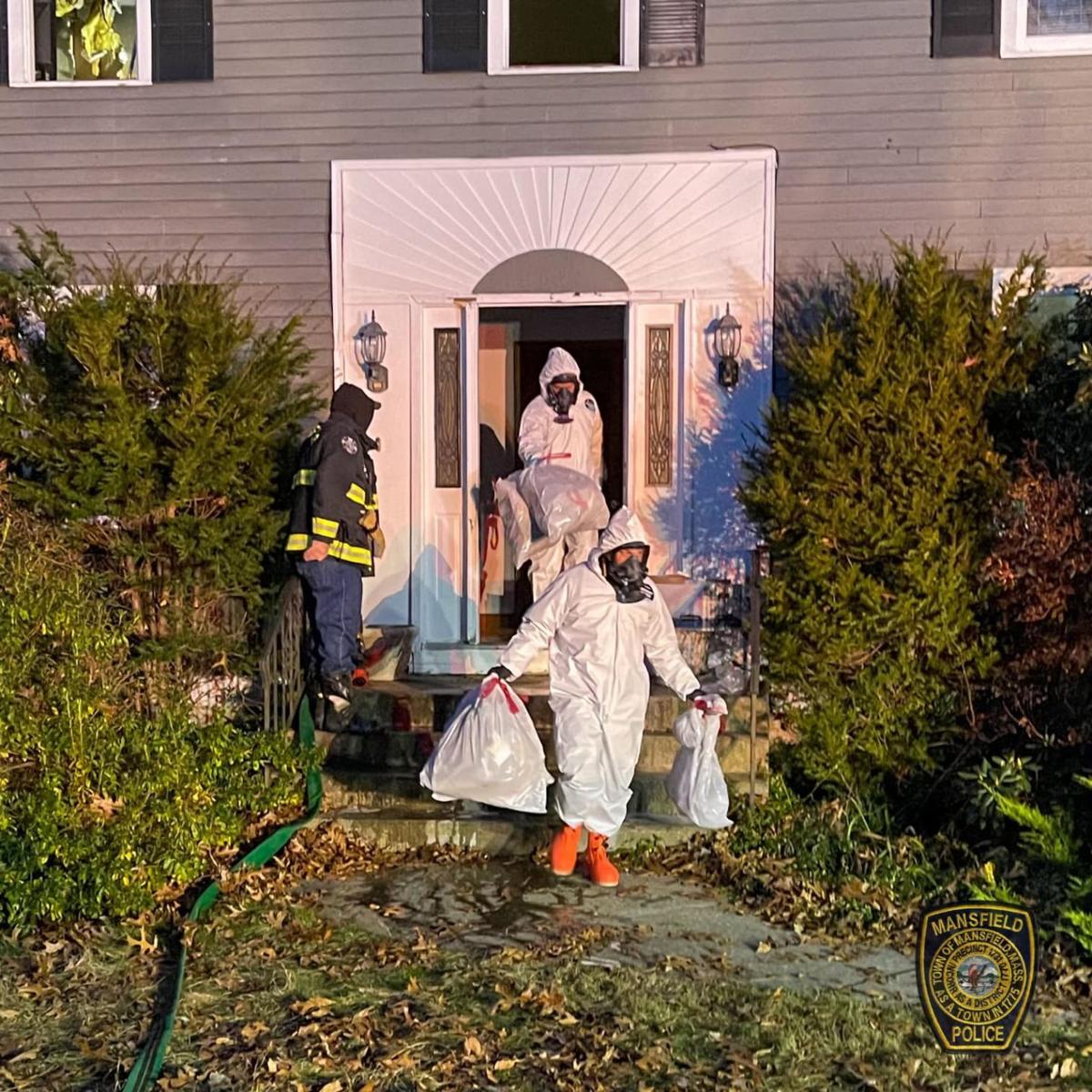 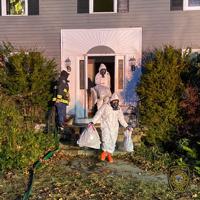 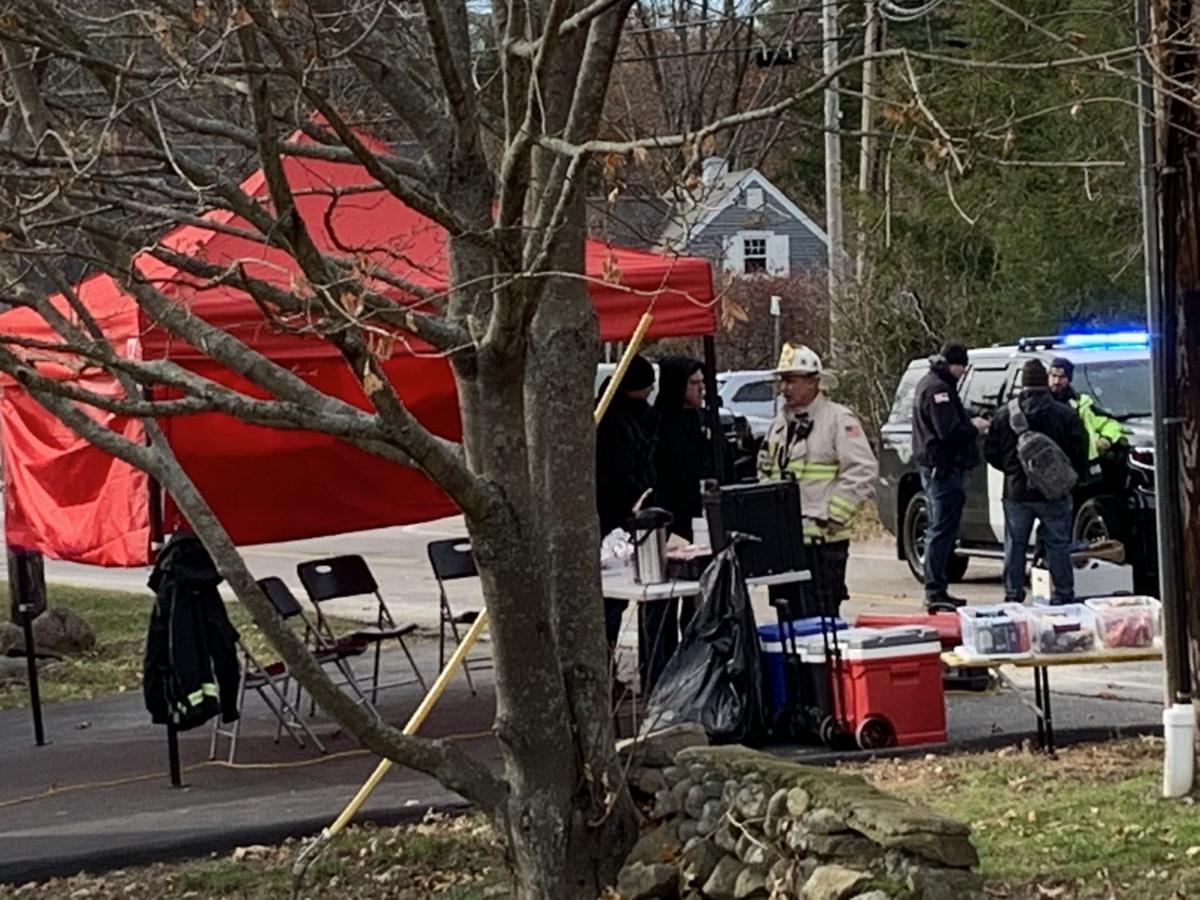 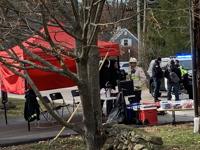 Police and fire officials gather at a command post outside 48 Stearns Ave. in Mansfield. 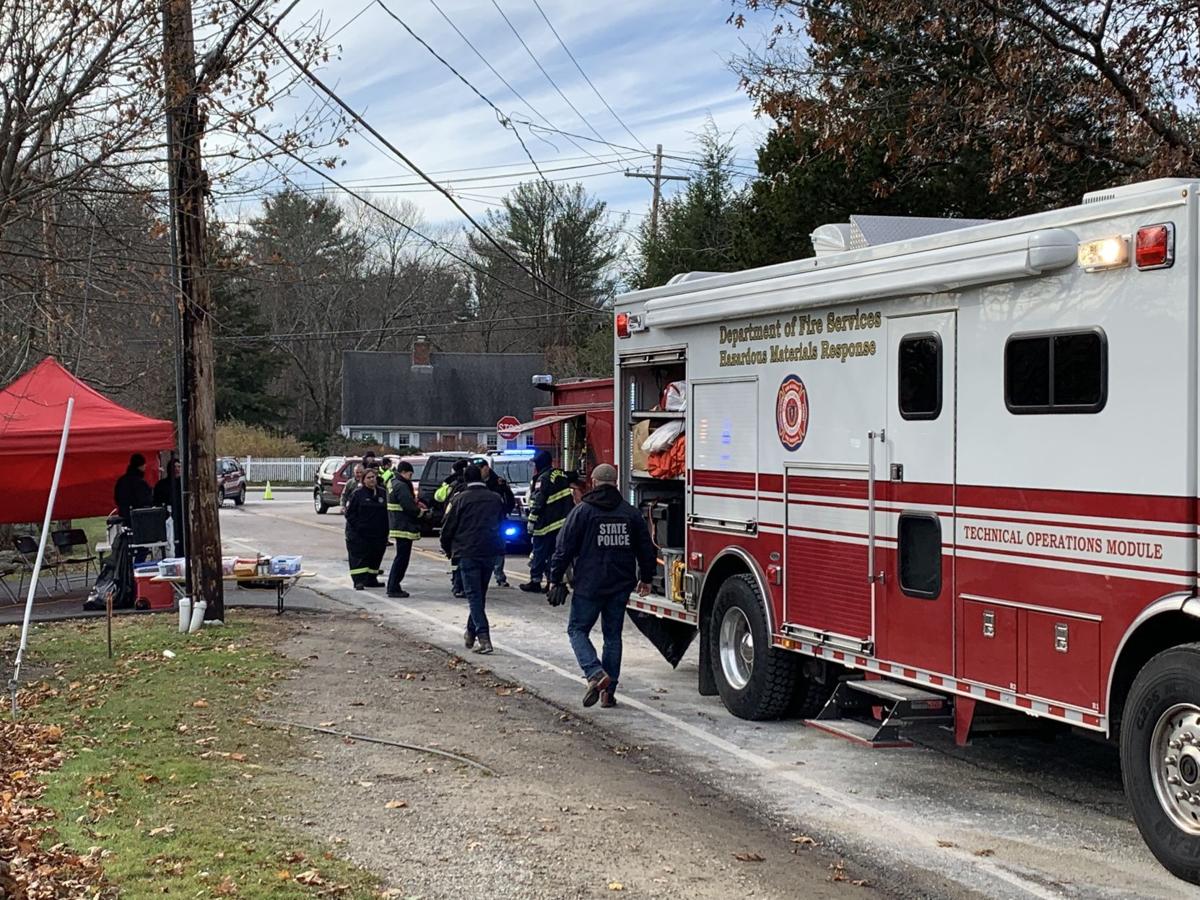 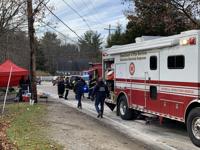 State police walk out of a technical operations truck at the scene of a possible narcotics chemical lab at 48 Stearns Ave. Tuesday morning.

Robert Triggs bows his head as he is arraigned Tuesday in Attleboro District Court.

Police and fire officials gather at a command post outside 48 Stearns Ave. in Mansfield.

State police walk out of a technical operations truck at the scene of a possible narcotics chemical lab at 48 Stearns Ave. Tuesday morning.

MANSFIELD — A Stearns Avenue man accused of sparking a fire in his bedroom while making methamphetamine Tuesday allegedly told investigators he learned how to make the drug from the internet.

Hours after the early morning fire, Robert S. Triggs, 48, who lives with his elderly parents at 48 Stearns Ave., was ordered held on $5,000 cash bail after arraignment in Attleboro District Court on four drug charges.

Among the over-the-counter medications, household chemicals and other evidence found in his second-floor bedroom were notes and documents, including one titled “Making Methamphetamine” with directions on how to make the substance, according to a police report.

Triggs allegedly admitted to making the drug but told investigators he only made it for personal use, according to a report by Mansfield Detective Anthony Lattanzio.

Innocent pleas were entered on his behalf by the court.

He was arrested about 9:30 a.m. at the Comfort Inn in Foxboro, where he and his parents went to stay after the fire forced them out of the home.

The suspected drug laboratory was discovered while fire officials started investigating the cause of the blaze. They notified police when they found the chemicals and other evidence in Triggs’ room, according to authorities.

Police and firefighters responded to the Colonial-style house, near Route 106 and across the street from the Children’s Enrichment Center preschool, just after 1:45 a.m.

Triggs and his parents were outside the house when police and firefighters arrived and no injuries were reported, according to local and state police.

The fire ignited in Triggs’ second-floor bedroom and was contained to the room by firefighters, according to police.

The fire was extinguished in about four minutes with minimal damage to the home, Fire Chief Justin Desrosiers said.

“The fire crews did a great job. The fire was kept to that one bedroom,” he said.

During the initial investigation to determine a cause, Mansfield fire investigator Ryan Rousseau discovered what appeared to be chemicals used in the manufacturing of unlawful narcotics, according to police.

Authorities say the manufacturing of methamphetamine involves the combination of volatile chemicals that can cause fire or explode.

Jake Wark, a spokesman for the state Fire Marshal’s office, said the cause of the fire “was consistent with a chemical reaction.”

During Triggs’ arraignment, Assistant District Attorney Henry Sousa III recommended $10,000 bail because of the allegations and the defendant’s prior criminal record.

“He was manufacturing an extremely harmful substance in an extremely dangerous manner,” Sousa said after reading the allegations contained in the police report.

Police shut down a portion of Stearns Avenue near the home and detoured traffic for about nine hours.

At the scene, investigators wearing white protective suits and masks carried bags outside the house and placed them on a blue tarp on the front lawn.

The house is also across from the Mansfield Meadows, a large apartment complex.

Denise Lee, a resident there, expressed concern about a possible narcotics chemical lab at the home.

Another Mansfield Meadows resident, Joel Quinn, 48, who has lived at the complex for two years, said he has talked to an elderly couple who lives at the house.

“She’s the cutest old lady and he’s the nicest guy,” Quinn said, adding that he sees the woman walking a little white dog through the complex at least twice a week.

He said he was concerned but not surprised about the possibility that a chemical lab could be at the home.

Area police and fire officials along with the state Fire Marshal’s office have responded to several drug labs in the area.

In August, a medical emergency at an apartment at 17 Fulton Place in Mansfield led to the discovery of a suspected drug lab, but no charges were ever brought.

Last year, a Norton man died in an explosion at his home that officials say was caused while he was making methamphetamine, and a Foxboro couple was arrested in another incident.

In 2018, a Mansfield man burned himself when chemicals caused a flash fire at his apartment at Copeland Crossing on Route 106.