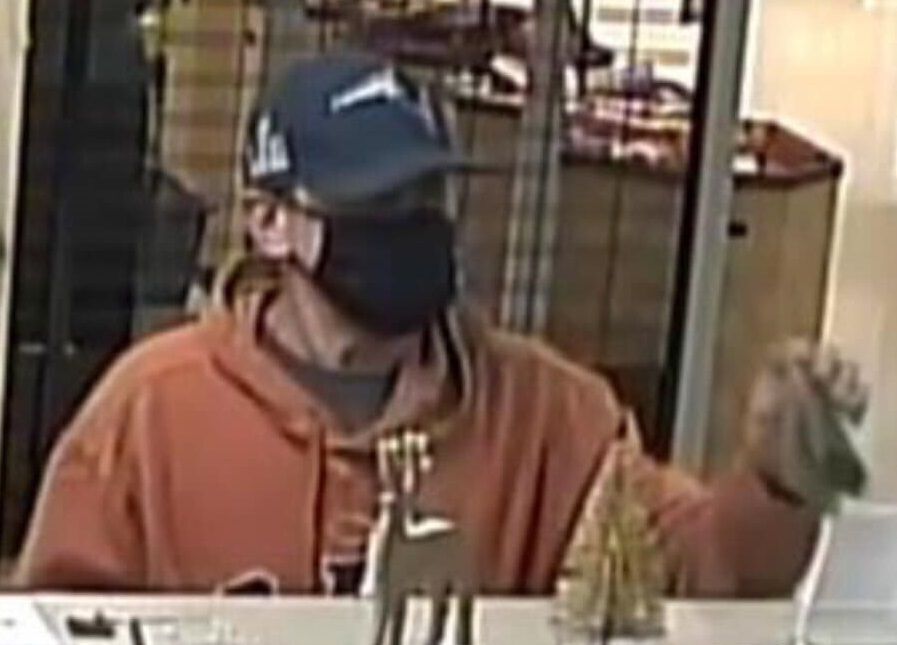 Surveillance footage shows the man who robbed the Citizens Bank at Stop & Shop in Mansfield. 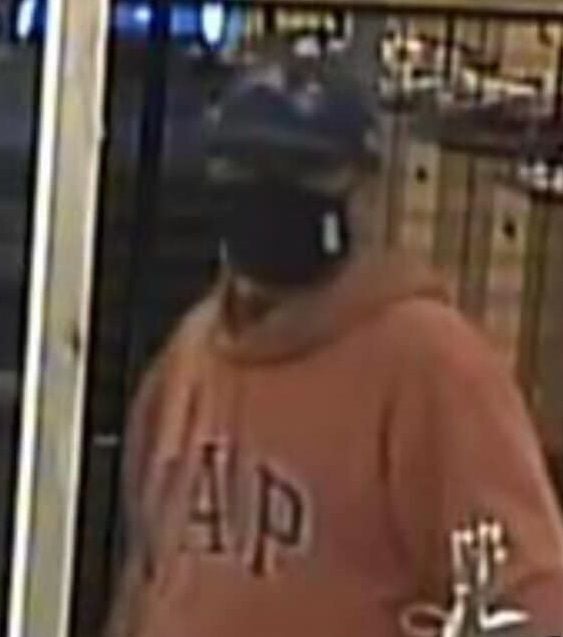 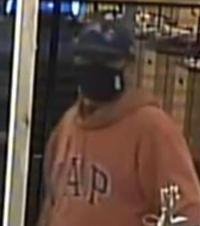 Surveillance footage shows the man who robbed the Citizens Bank at Stop & Shop in Mansfield.

MANSFIELD — Police have released photos of a masked man suspected of robbing the Citizen’s Bank branch inside Stop & Shop Wednesday afternoon, and are asking the public’s help in identifying him.

Police say the suspect was described as a white man in his 50s or 60s with white hair and green-blue eyes.

At the time of the robbery shortly before 4 p.m. Wednesday, he was wearing a navy blue New England Patriots ball cap, an orange Gap sweatshirt and gray carpenter-style pants, according to police.

He also wore a black face mask, commonly worn during the coronavirus pandemic.

The store was evacuated because the robber claimed to have left explosives in the building.

The building was searched by Officer Michael Fitzgerald and K9 Ronan, who is trained in explosives and ordnance detection, along with state police K9 units, before the building was declared safe.

The robber left the store on Route 106 on foot in an unknown direction.

The FBI responded to the scene and is assisting Mansfield detectives with the ongoing investigation.

If anyone has information about the suspect or the robbery they are urged to contact Detective Anthony Lattanzio at the Mansfield police tip line at 508-261-7356, by email at alattanzio@mansfieldma.com, or by messaging the police social media at @MansfieldMAPD.

Immediately after the robbery, Mansfield police surrounded the store and had urged residents on social media to stay away from the area while they conducted a search for the suspect.

Mansfield Police Chief Ron Sellon thanked people in a tweet for their patience and thanked Foxboro police and state police for help provided during the incident.