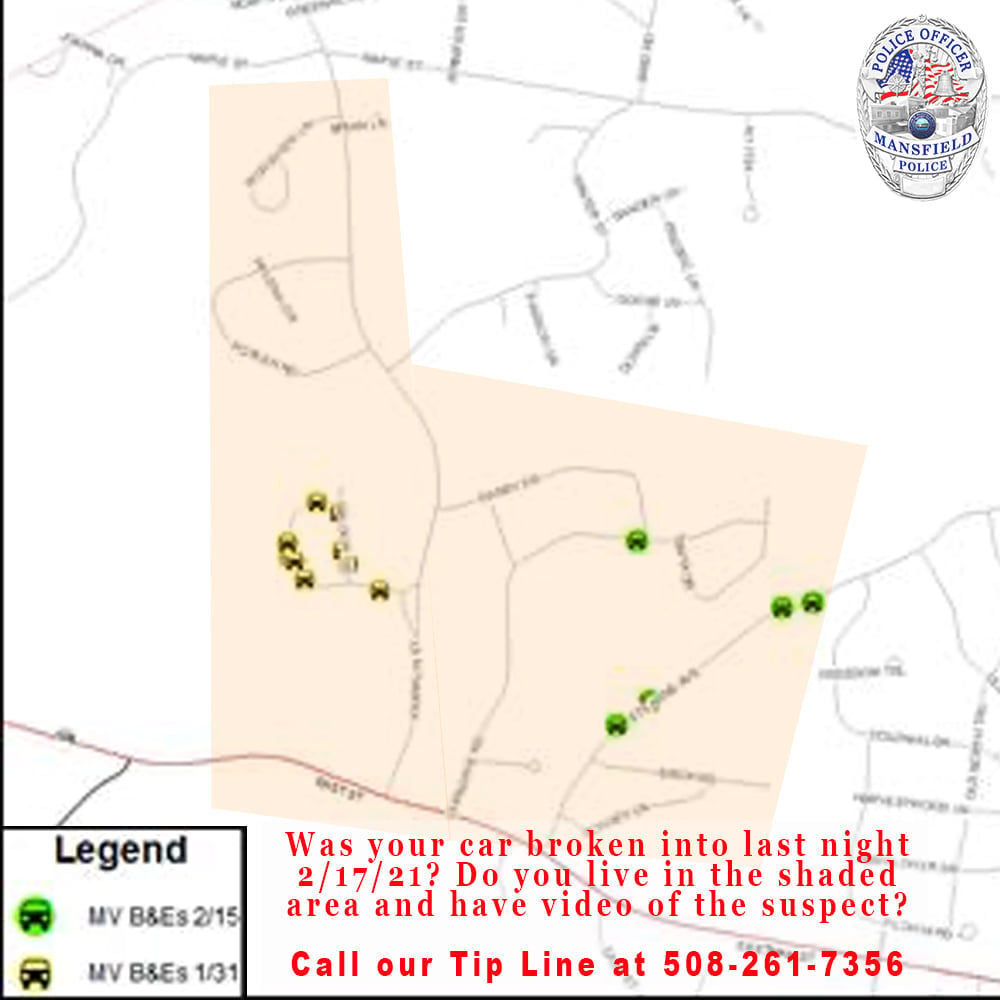 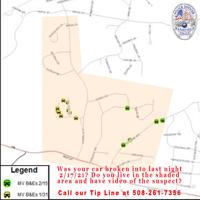 Vehicle break-ins have been reported in the shaded area.

Vehicle break-ins have been reported in the shaded area.

MANSFIELD — Police are urging anyone whose car may have been unlawfully entered or broken into in an East Mansfield neighborhood to contact them.

Police say they are interested in activity on streets between Stearns Avenue and Franklin Street, including Waldor Drive, Pine Needle Lane, Brian Lane and East Street.

A spike in motor vehicle break-ins occurred in that area on Jan. 31 and Feb. 15 and a suspect was arrested and charged in three break-ins early Thursday morning, according to police.

The suspect, William G. Malloy, 20, of Easton, was arrested in Easton after he allegedly fled from Officer Nicole Newport about 3 a.m. Thursday.

In response to the increase in break-ins, Newport was patroling in the area of the Heron Crest housing complex when she spotted the suspect.

A subsequent investigation led to the recovery of an assault-style rifle, described as an AR-15, from Malloy’s home, according to a prosecutor.

He pleaded innocent to breaking into the cars and was not immediately charged with any weapons violations.

The investigation into Malloy is ongoing and police are also asking anyone who has home surveillance to check for any recordings of suspicious activity.

The perpetrator or perpetrators in the car break-ins have been targeting unlocked cars.

Police say it is better to lock car doors and keep valuables out of plain view or in the home.

If anyone believes their vehicles were broken into they are urged to call the detective division at 508-261-7356 or by email at police-detectives@mansfieldma.com