Skip to main content
You are the owner of this article.
Edit Article Add New Article
You have permission to edit this article.
Edit
Home
E-Edition
News
Obituaries
Opinion
Sports
Features
Buy & Sell
Customer Service
Subscribe
Local Guide
Contact Us
Share This
1 of 5 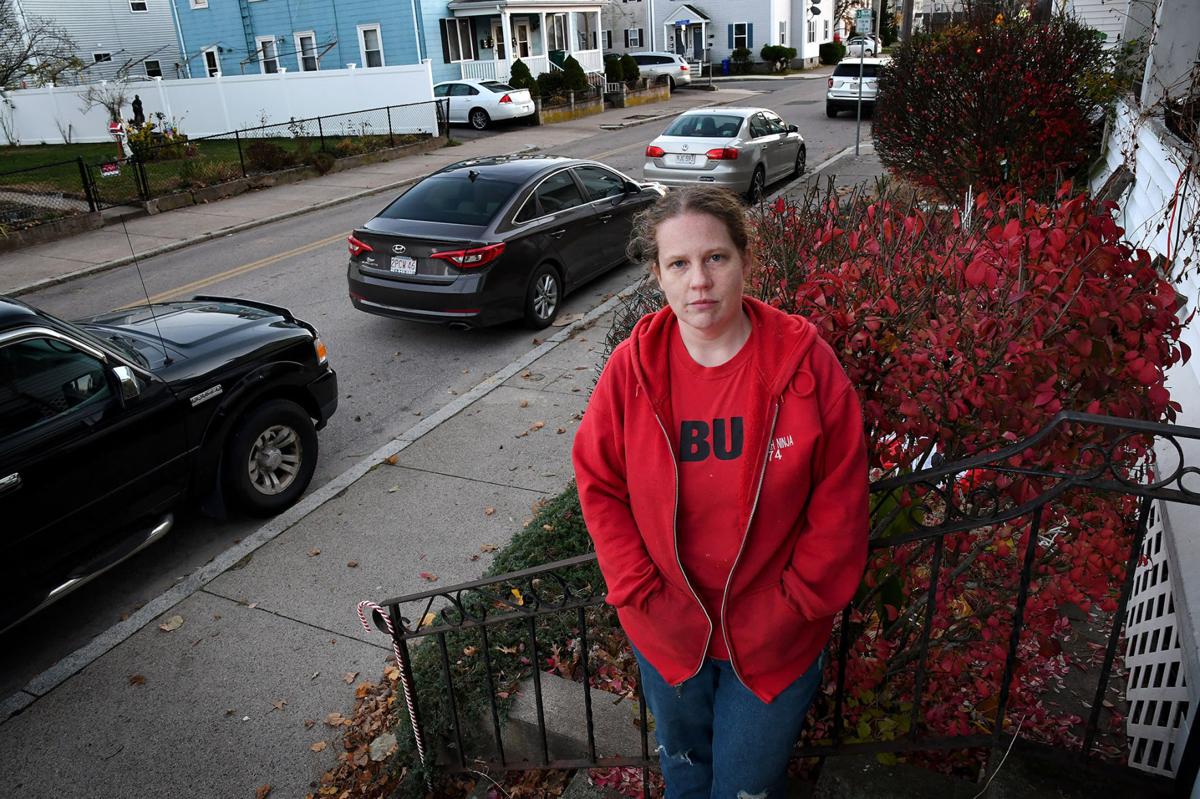 Kimberly Ames, who lives on Attleboro’s East Side, doesn’t have off-street parking and when the city’s annual winter parking ban goes into effect on Dec. 1, is left trying to find somewhere to park her car overnight regardless of whether snow is in the forecast. “Nearly all of us have a smartphone and have the ability to know the forecast instantly,” she said via Facebook. “It’s a ridiculous ordinance that unfairly targets lower-income residents.” 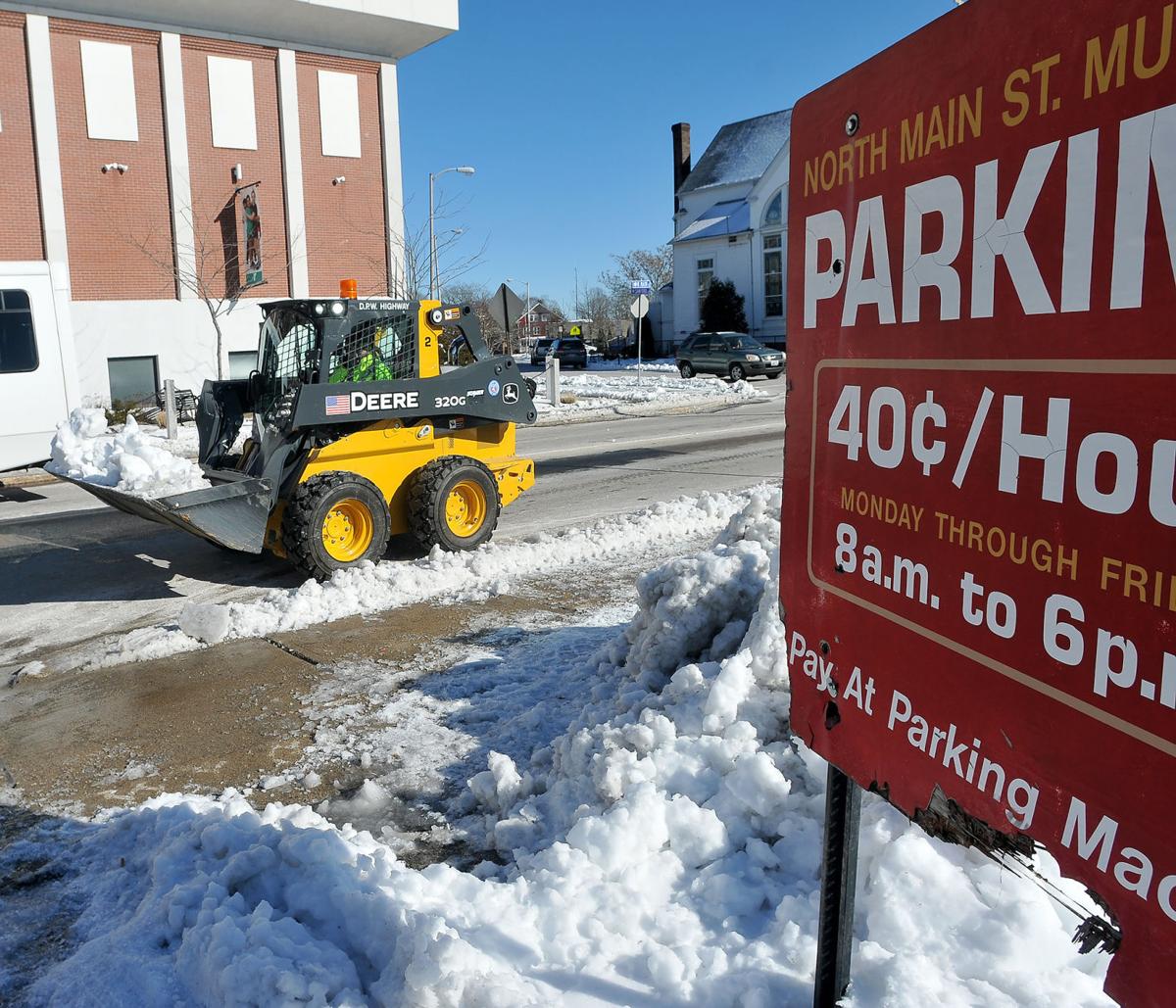 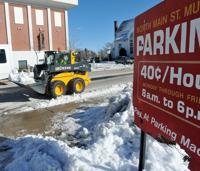 Attleboro’s winter-long parking ban makes it easier for crews to clean up after storms, but it can be a hardship on those whose residences have limited parking. 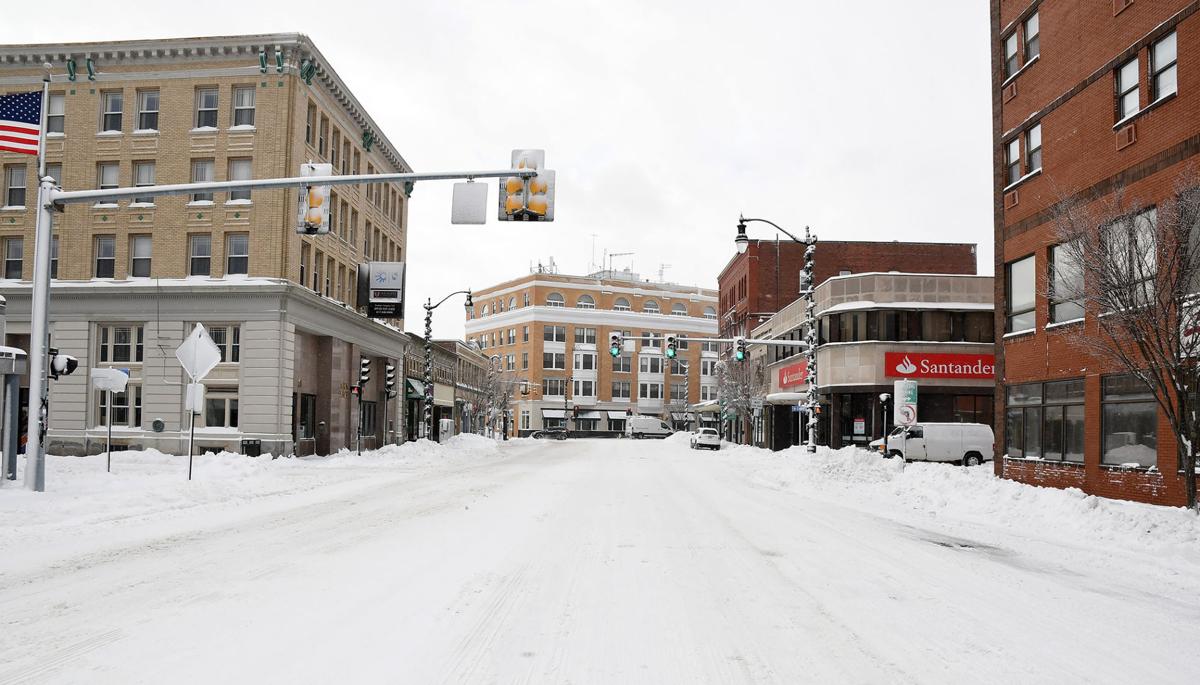 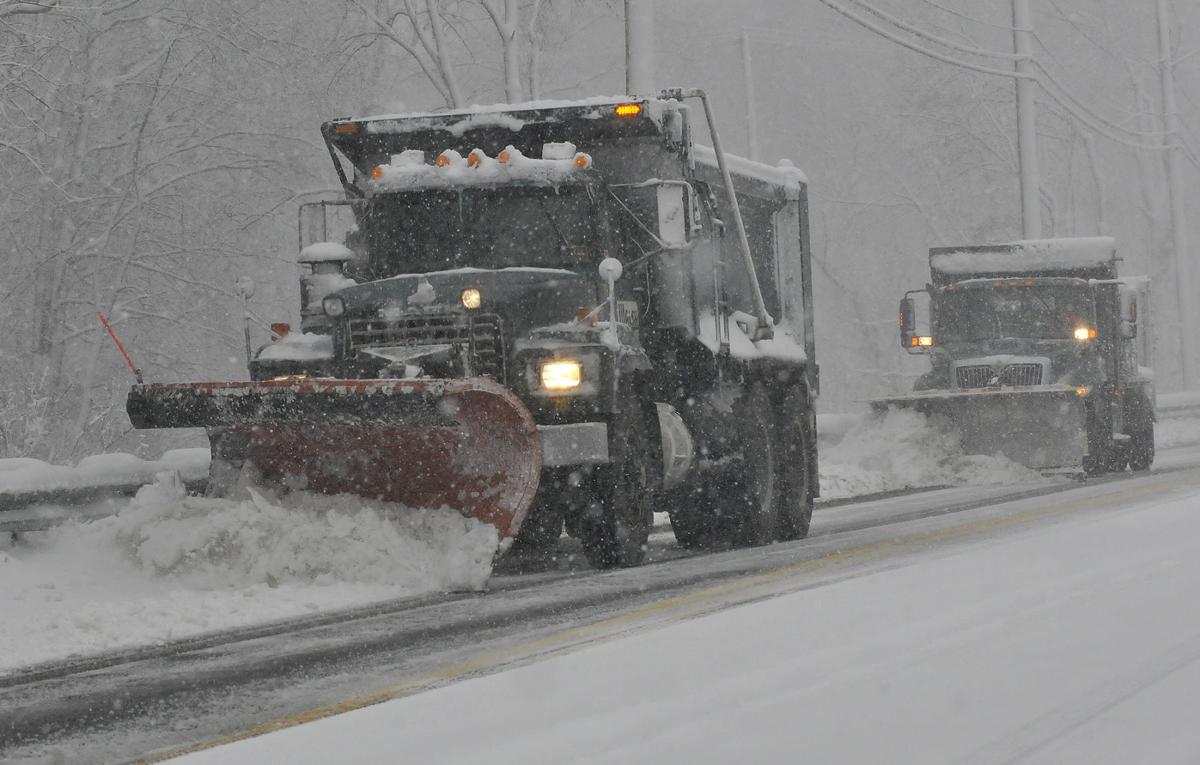 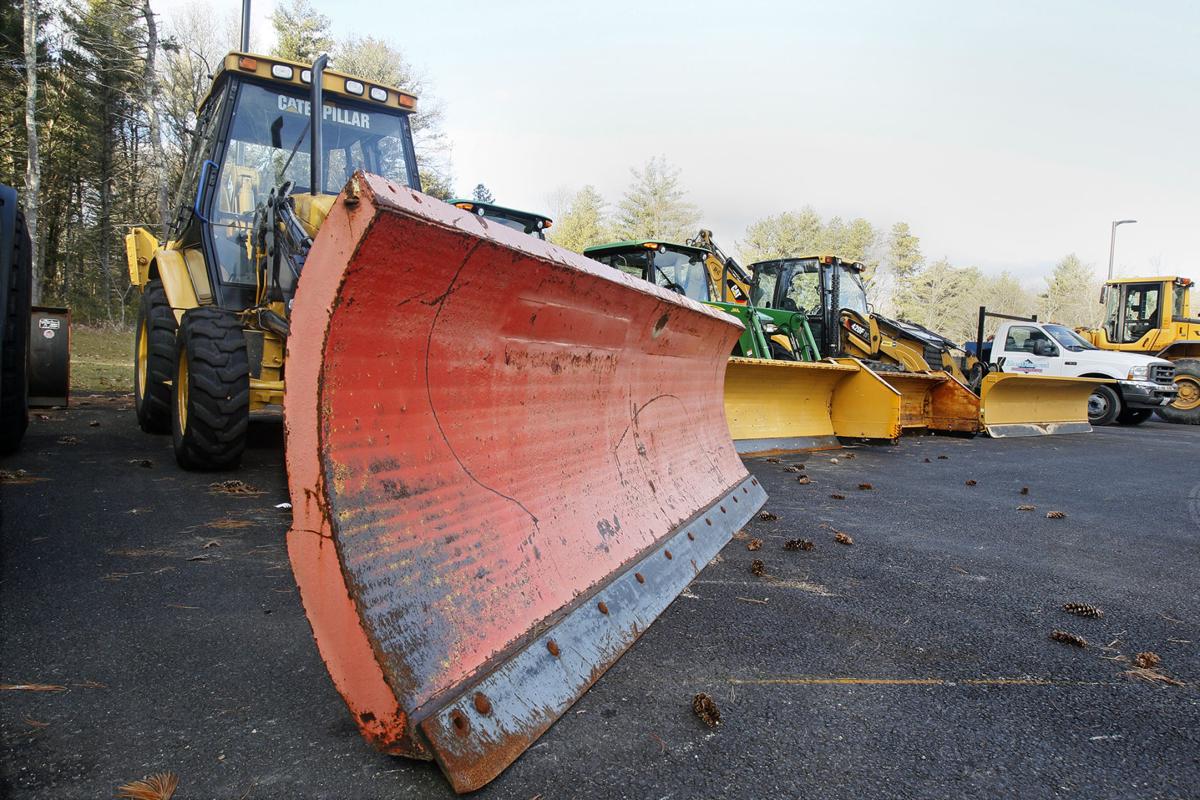 Snow plows are lined up in Mansfield’s DPW yard for a predicted weekend snowstorm in January 2018.

Kimberly Ames, who lives on Attleboro’s East Side, doesn’t have off-street parking and when the city’s annual winter parking ban goes into effect on Dec. 1, is left trying to find somewhere to park her car overnight regardless of whether snow is in the forecast. “Nearly all of us have a smartphone and have the ability to know the forecast instantly,” she said via Facebook. “It’s a ridiculous ordinance that unfairly targets lower-income residents.”

Attleboro’s winter-long parking ban makes it easier for crews to clean up after storms, but it can be a hardship on those whose residences have limited parking.

Snow plows are lined up in Mansfield’s DPW yard for a predicted weekend snowstorm in January 2018.

The area hasn’t seen a snowflake yet, but Attleboro area officials are warning residents the annual winter parking bans have arrived or are on the way, just as snow certainly will be.

The bans are intended to make it easier for snow removal equipment to clear streets and sidewalks overnight in case of a storm that could impede travel.

But some are questioning whether the bans, which are imposed every night — snow or no snow — for four months and in some cases five, are still needed in this era of warmer winters and instant communication by cellphone, computer and robo-calls to landlines throughout a city or town.

Instant alerts can be sent announcing a ban and weather forecasters usually know days in advance if a storm is coming, so there’s plenty of time to impose the temporary bans and make them known.

Plus, the last few winters have seen near record-breaking warmth and not as much snow as usual.

This past winter, the first half was warmer than normal with little snowfall, and the latter half colder and snowier than usual. December had been unusually warm, though there was a snowstorm before Christmas that brought 91/2 inches. The season totaled 311/4 inches, falling short of the 371/4-inch average.

The previous winter was also unseasonably warm and nearly snow free, with no snow in February for just the third time on record — a month that is usually the snowiest. Overall, just 14 1/4 inches was recorded by the Attleboro Water Department, which is about one-third the norm.

Finding off-street parking in dense neighborhoods like Attleboro’s East Side is tough and more than inconvenient when it’s imposed for 120 consecutive nights and there might not even be snow.

“I don’t have off street parking, and spend four months out of the year having to find and park somewhere far from my apartment, or risk a ticket for no good reason,” she wrote. “Nearly all of us have a smartphone and have the ability to know the forecast instantly. It’s a ridiculous ordinance that unfairly targets lower income residents.”

Someone with the moniker “Aach Bee” agreed.

Bans should be imposed only when snow is coming, was his or her opinion.

“For snow only, makes more sense since people can figure out when snow is in the forecast.”

Kelly McNulty was on board with that.

“I feel we should have the parking ban for snow only,” she said.

Sean Tufariello was blunt as a snow plow.

“Repeal this stupid ban,” he said.

Connor Place said there’s no need for a ban every night.

“I understand why we have it, but it’s the 21st century,” he wrote. “I can go on my phone and tell you what the weather is gonna be two weeks from now.”

The ban should go into effect when snow comes down and these days everyone knows when it’s coming, he said.

“Should be an implied parking ban when there’s anticipated snow, otherwise get a ticket or risk a plow messing up your vehicle.”

But a person named Blair Crane seems to be for the ban, which of course does not guarantee everyone will move their cars.

“When that parked vehicle eventually moves, after the storm has passed and the drivers have departed, the spot where the driver brushed the snow off and the row of snow left around where the plow couldn’t drive is left and frozen,” he wrote. “This creates a driving hazard for motorists and costs taxpayers more money if and when someone has to go back out there to plow or treat it to be removed. We all want lower taxes and safe roads but it seems that’s only the case if it is convenient.”

Those who oppose the nightly ban could move to Foxboro or Seekonk where there are no such bans — unless snow is coming.

“Foxboro invokes a parking ban based on the nature of the storm,” Keegan said. “We do not do it on a seasonal basis.”

The same goes for Seekonk.

“We don’t have a continuous winter parking ban,” Police Chief Dean Isabella said. “Most homes have off-street parking. If we have an impending storm we may issue a ban. We take it on a case-by-case basis.”

In Attleboro, nobody seems to want to touch the issue with a 10-foot snow shovel.

It comes up every year then it melts away like snow in spring.

Only two of the 11 city councilors responded to a request for comment — Kate Jackson, vice president and chair of the Public Works Committee, and Cathleen DeSimone, a member of that committee.

Heroux said repealing the ban is something he will leave up to the city council because its under their jurisdiction.

And as for his personal opinion, he said he can see both sides of the issue.

“I don’t have a strong opinion in either direction as I see good cases in both directions,” Heroux said in emailed comments.

“I see the merits from DPW which is concerned about being able to plow the roads unimpeded; there is concern that there will still be cars in the roads and even with the best towing efforts, the plows will still have to drive around the cars leaving snow in the road.”

But he concedes the ban creates difficulty for many without parking.

“I also see the point of view of the police which are concerned about the equity of parking,” he said.

Jackson said she’s following the guidance of those who do the work and won’t advocate for repeal of the parking ban ordinance.

“Since I do not drive a plow I respect their opinion on how our ban should be,” she said. “Bottom line, those who do the job know the job, and they do it exceptionally well.”

“As you know Supt. Tyler is against the change due to the fact that the public that does not currently comply and parks on the street when the ban is in effect,” she said. “Those same individuals expect public works to come and clean their spot out after they move their vehicle. That just will not happen.”

Tyler gave his reasons as well.

“I am against the removal of the annual parking ban for numerous reasons,” he said. “Even with the current ban we have to hire a detail officer to have vehicles removed from the roadway. We need full access to roadways for deicing situations which occur many more times a year than a plowing event, but still require a complete response.”

He said parked cars create additional liability for the city if deicing or snow removal operations damage them.

“The winter parking ban has worked well for the most part for many years,” he said. “Why is a change required at this time?”

DeSimone, however, is willing to talk about it, whether the discussion results in a change or not.

“It certainly deserves to be discussed,” she said.

However, it may be too late this year to make a change.

“I don’t know that we have time to get anything done now,” she added.

Borg said lifting the ban was not discussed this year and he would oppose it.

“My personal opinion on the ban is that it serves a purpose to keep the roadways clear at a time when public works and public safety assets need unobstructed access to the roads,” he said.

“I agree that on-demand parking bans reach many people quickly. However, having some personal experience implementing an on-demand, as-needed parking ban, it failed to notify all vehicle owners,” he said. “The result was that these vehicles were towed at the owner’s expense. Towing vehicles is not the objective of a parking ban. A parking ban keeps the roads clear and prepares them for the commute and school day.”

But it may be up for consideration in the future.

“With that, we are continually assessing and exploring ways to improve services and we will take this under advisement for the future.”

Dumas said repealing the ban has not been considered in his town. He did not offer an opinion on the ban.

So here we are on the edge of winter and the bans are still frozen in place.

For those who may have forgotten, here they are.