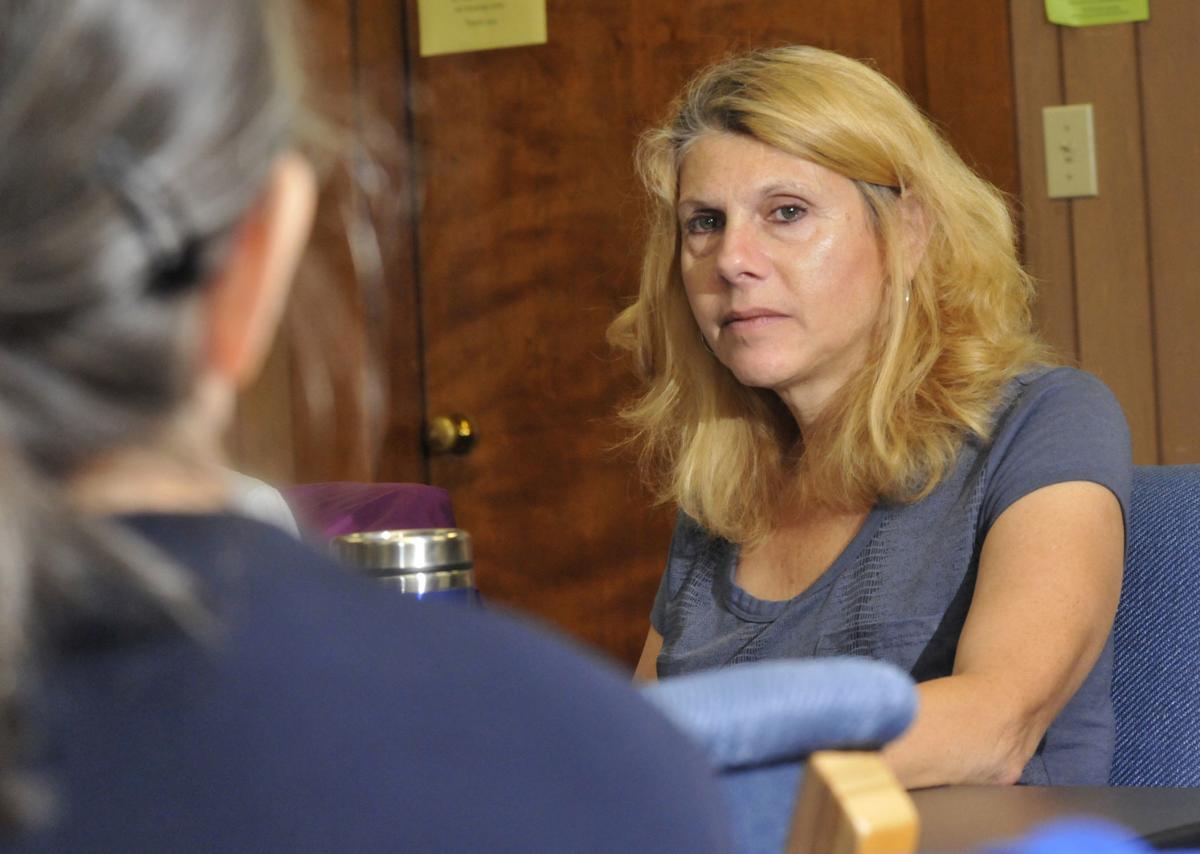 Marlene Moore listens at a support group meeting in Plainville for moms whose children are current or former addicts. 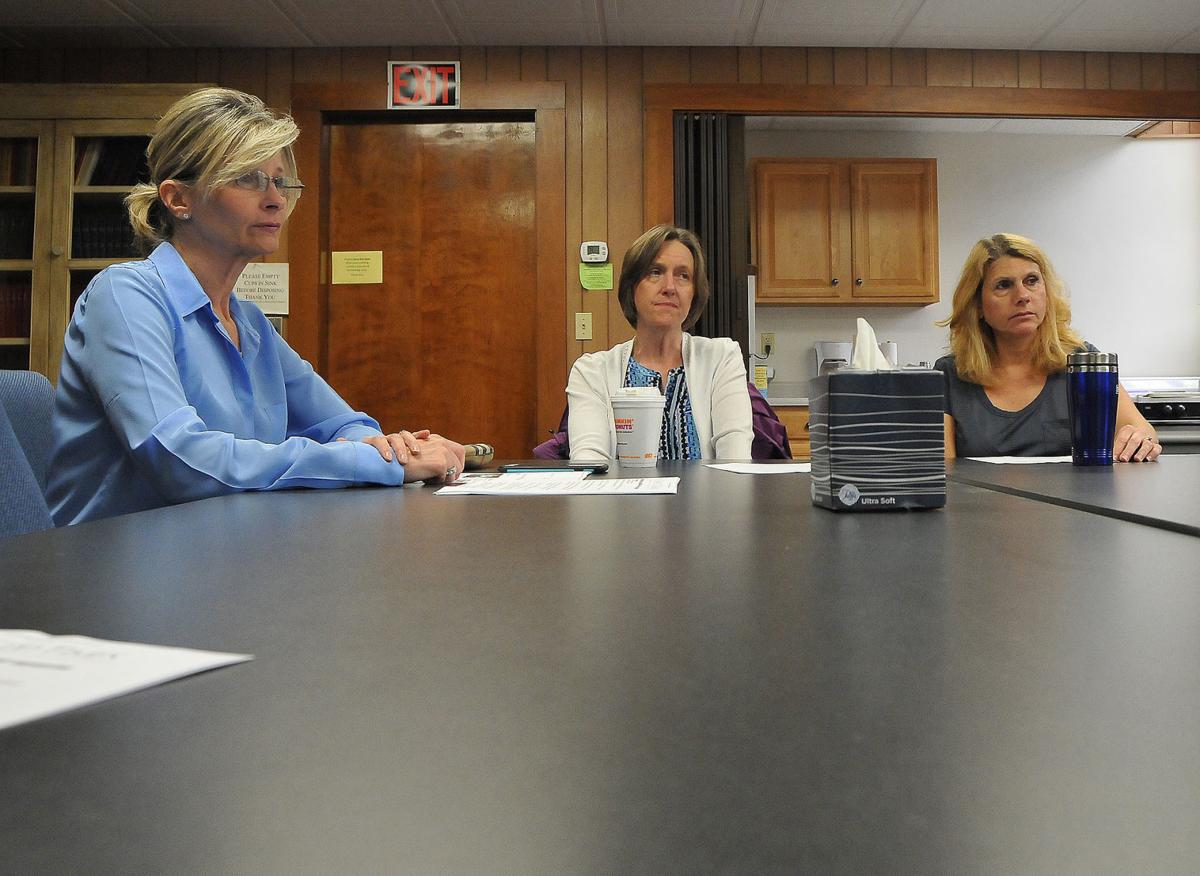 Robin Hamlin, left, leads a support group for moms whose children are current or former addicts. With Hamlin, from left, are Deb Hatfield and Marlene Moore

Robin Hamlin, left, leads a support group for moms whose children are currant or former addicts. With Hamlin, from left, are Deb Hatfield and Marlene Moore 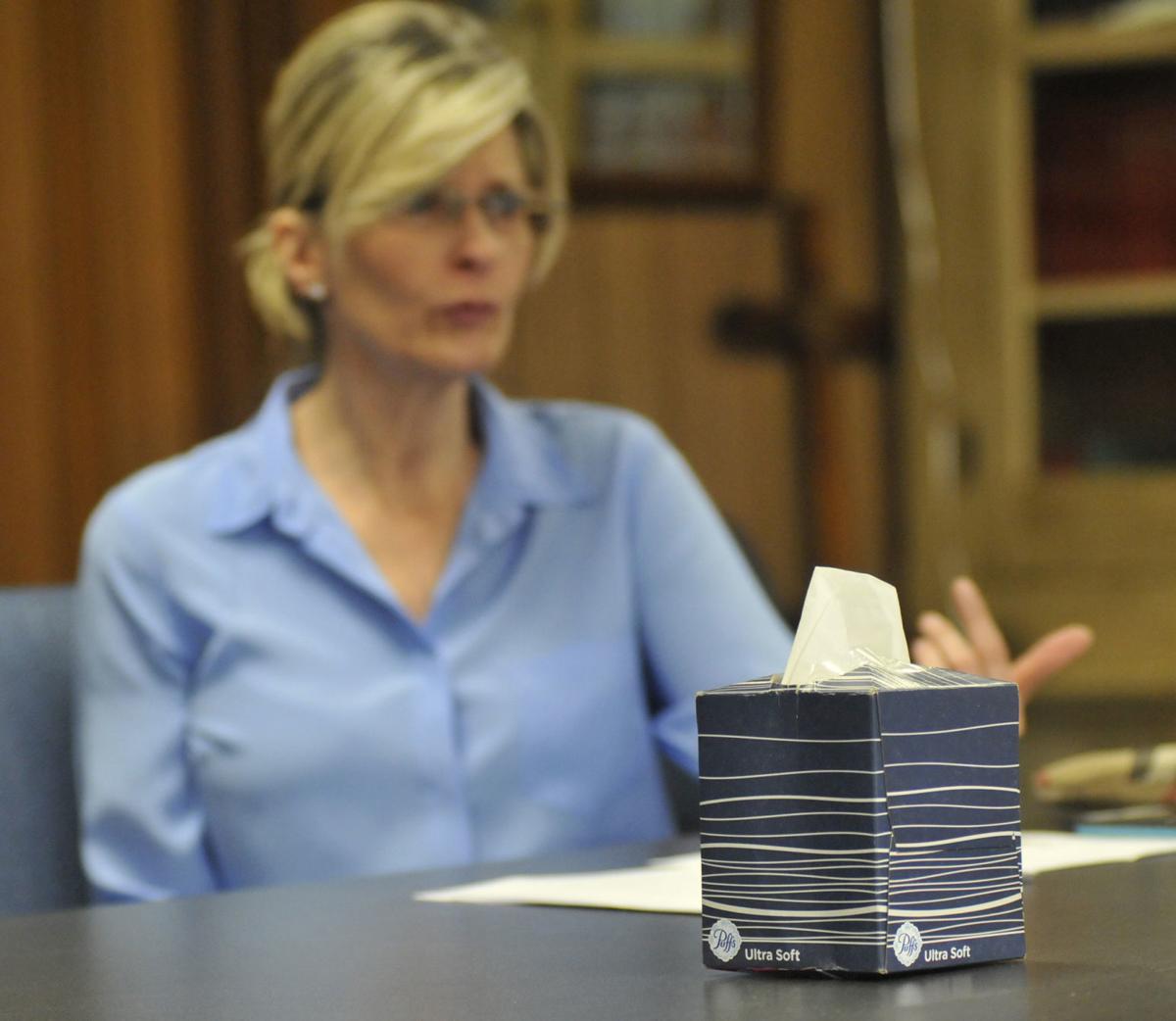 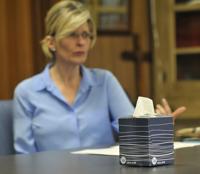 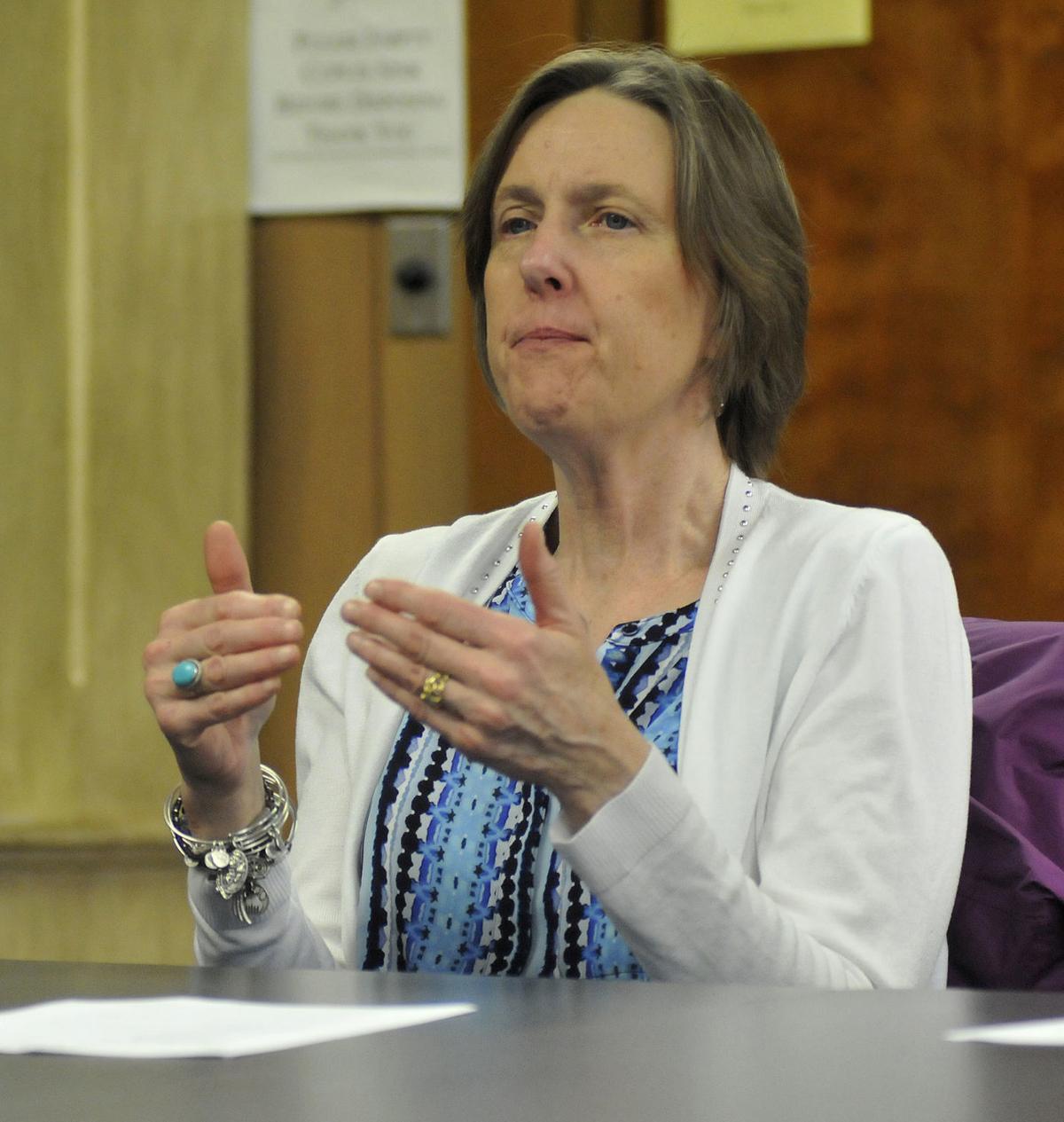 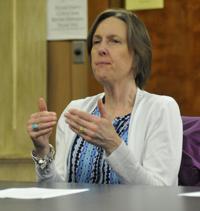 Robin Hamlin leads a support group for moms whose kids are current or former addicts. Deb Hatfield talking to the group.

Marlene Moore listens at a support group meeting in Plainville for moms whose children are current or former addicts.

Robin Hamlin, left, leads a support group for moms whose children are current or former addicts. With Hamlin, from left, are Deb Hatfield and Marlene Moore

Robin Hamlin, left, leads a support group for moms whose children are currant or former addicts. With Hamlin, from left, are Deb Hatfield and Marlene Moore

Robin Hamlin leads a support group for moms whose kids are current or former addicts. Deb Hatfield talking to the group.

On June 16, 2014, a group of women with different backgrounds, life stories and hometowns first met at Plainville United Methodist Church with a common purpose: to have an open conversation about how the opioid epidemic had affected their children and families.

Exactly four years later, some of those women are still sitting around the polished wooden table in the stark meeting room of the church, talking about love, loss and recovery.

Robin Hamlin, 56, of Plainville, started the group, Unconditional Love, four days after her son Brian passed away from a seizure. He had been sober for a year when he died.

Hamlin said her son’s 13-year struggle with addiction started with a prescription for painkillers that he received after suffering an injury in college. Brian managed the North Attleboro sober house he lived in, and if someone there needed to talk about their journey or the opioid crisis, he referred them to his mother. He also helped her plan the support group meetings, Hamlin said.

“Families that are battling this disease, we suffer in silence. The fact that we can have love and kindness from somebody makes a world of difference,” she said, referring to the group.

Since the moms started meeting, the opioid epidemic has only worsened across the nation. In Massachusetts, opioid-related deaths went from 1,353 in 2014 to over 2,000 in 2017, according to the state Department of Public Health.

For everyone else, these are heartbreaking statistics. But for families directly affected, it’s a war.

“We’re all in that war, and have beautiful families that are devastated,” Hamlin said. “And it needs to stop.”

Every Saturday, the women meet to talk about things that other people in their lives might not understand. At a meeting earlier this month, there were both tears of grief along with laughter and hope. The women rely on each other for knowledge, comfort and empathy.

Hamlin brings in resources that help fellow members through their struggle. Some women, like North Attleboro resident Deborah Hatfield, 60, have success stories to share. Her son Ryan has been sober for more than five years. Others, including Linda Irvin, 70, of Uxbridge and Hamlin herself, have had to deal with the death of their children.

“They all had their own journey and their own ways of dealing, and I got something from each and every one,” Irvin said, looking around the room. “It helped me get up in the morning and do something, even if it was just get up.”

Irvin’s journey of dealing with addiction is more than 25 years long. She said both her sons were addicted to opioids, and she lost her younger son, Danny, to it. She explained that recognizing addiction as a disease changes parents’ perspective on it. When parents first find out, they tend to blame the children for a choice they think the kids are making.

“You work on your family your whole life and this disease comes in and slowly takes everything apart, and that’s why it’s a family disease,” Hamlin said.

When the moms in the support group realized this, their perspectives changed, and that helped them deal with their pain and loss. Separating an addict’s behavior from their children’s personalities was a key step for them.

“Stay on track and believe who they are, and love them through it,” Hamlin said.

Her family works to help anyone they can struggling with opioid addiction. Hamlin goes to facilities and talks to addicts, in addition to providing opioid information to the women in the support group. They are now innately familiar with recognizing and understanding addiction.

“It’s about helping others as much as we can,” Hatfield said, her voice shaking.

Hamlin says she hopes to help as many people as she can through the group and eventually wants to open an opioid addiction recovery facility in her son’s name.

“I’m trying to have this make a difference,” she said. “Is it going to change what happened to our children? No.”

After a pause, she continues. “But it’s going to help other people, and that’s what we fight for. Because when you can talk about it, save a family or give an addict hope, then it’s a beautiful day.”