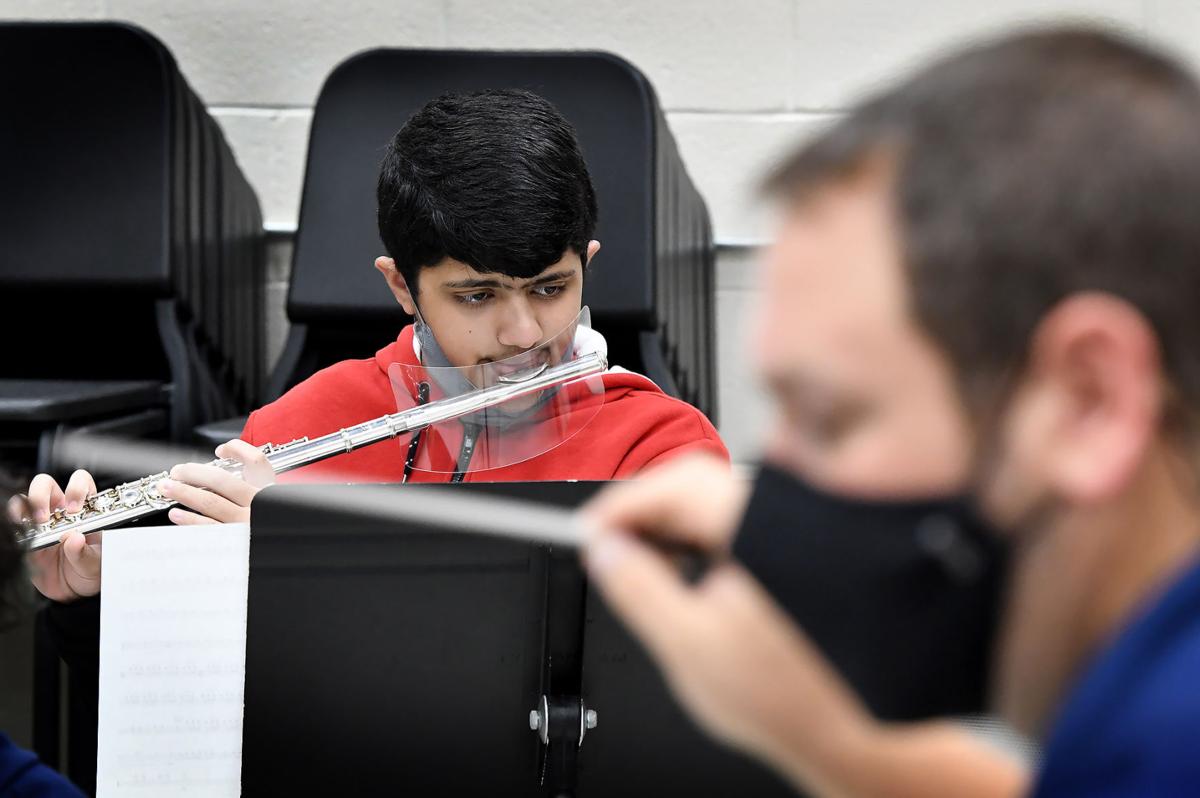 The North Attleboro High School marching and concert band are in full swing this school year after a forced year off due to Covid-19. 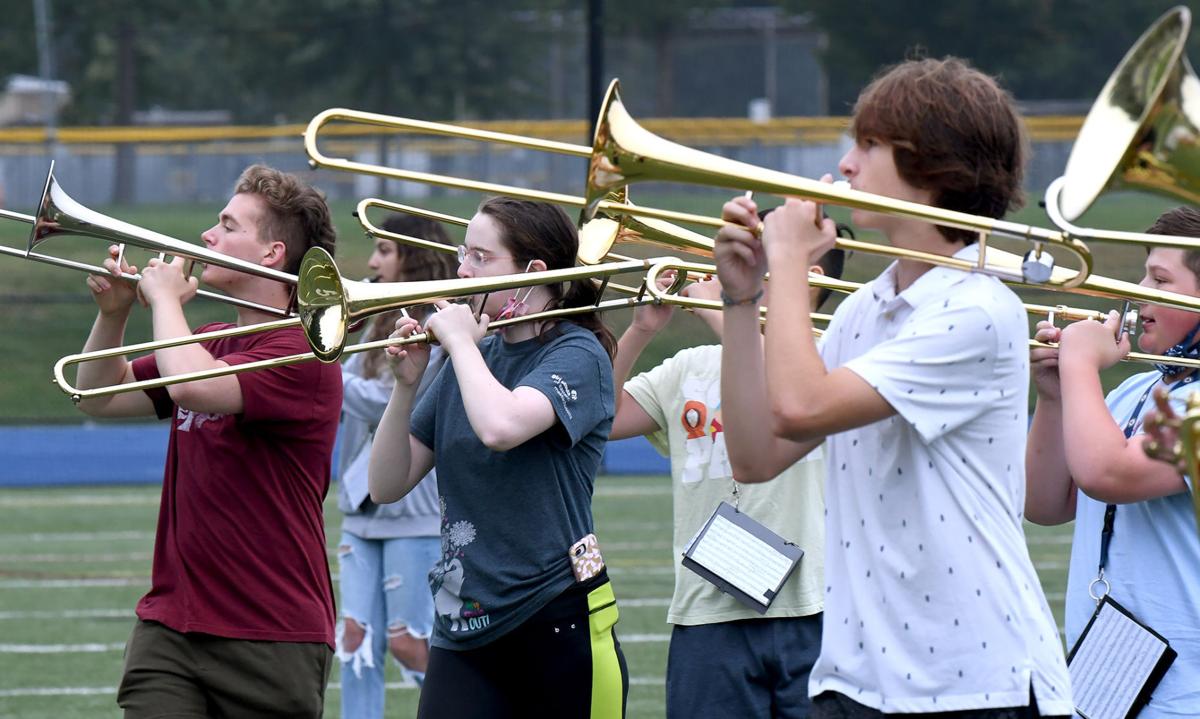 The Foxboro High School marching band during a rehearsal. 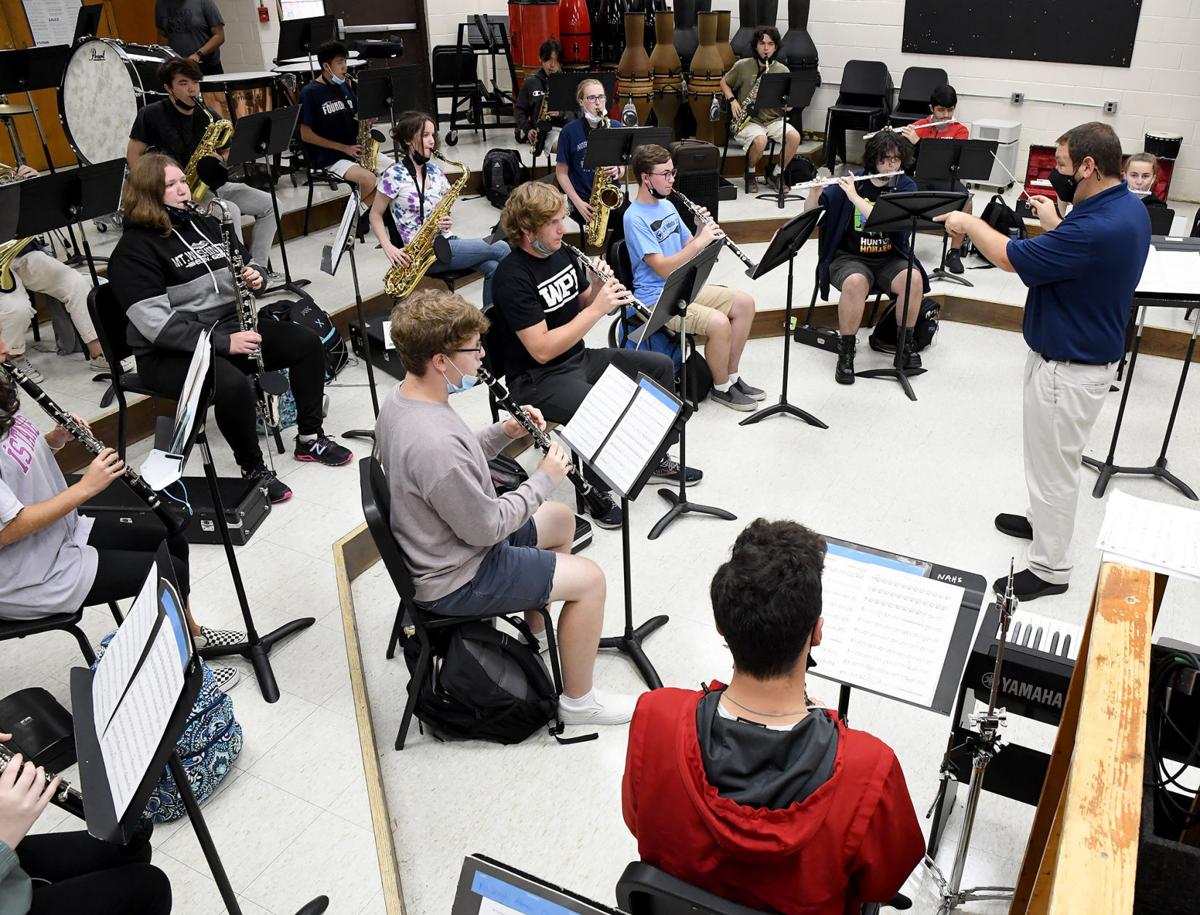 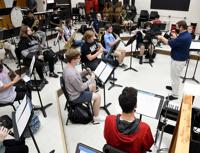 The North Attleboro High School marching and concert band are in full swing this school year after a forced year off due to Covid-19.

The Foxboro High School marching band during a rehearsal.

Call it a long intermission.

Area school theater and music programs depend on in-person practices and live audiences just as much as their athletic counterparts do. Rehearsing close harmony via Zoom is no easier than doing tackling drills remotely.

Over the better part of two academic years, the performing arts at local schools have had to face just those challenges along with cancellations of the live performances the students — and parents — look forward to all year.

But, just as with varsity sports, arts in area high schools are coming back this fall with packed schedules and enthusiastic participants.

“I will say through it all, both staff and students were incredibly resilient and positive,” Cameron Tedoldi, head of the music department for Foxboro Public Schools, says. “They were able to brush off hardships,” she says, and “they will be able to make music together again.”

Foxboro High’s marching band will be performing at Friday’s home football game. Next month will feature the high school’s orchestra and choir at the Voices and Strings Concert performing Schubert’s “Mass in G Major.” November will see the Fall Jazz Festival and an exchange concert with the University of Massachusetts – Amherst.

“We’re excited to premiere our performance the 24th (of September), Tedoldi says. “We have a lot coming up in the next few weeks.”

North Attleboro school programs faced the same constraints in the wake of the pandemic lockdown in 2020 and the hybrid learning plan of the last school year, but managed to survive.

That’s just like some of the characters in the system’s Theatre Company’s next production. Jillian Gabriel, high school English teacher and director, said in an email: “We are operating as normally as possible, with the exception of having to wear masks onstage. We are planning on putting on a fall show this November; the play is ‘Clue’ and we are beginning rehearsals (this) week.”

North’s music program is also up and running, according to band director Thomas Rizzo.

“As of right now, we are running our full slate of events for the year. Rehearsals, performances, fundraisers, and events are all back on the schedule. We are incredibly excited to be working with our students again without the incredibly severe, although necessary, limitations and mandates from last year,” Rizzo said in an email.

The marching band was excited to perform in front of a live crowd for Red Rocketeer football games, he wrote, and has been able to rehearse indoors and outdoors “with no issues.”

Musical performances are scheduled throughout the year, including a winter concert Dec. 9, a spring concert March 24 and the Fine Art’s Festival May 12.

And, of course, fund raising gets underway as well. The annual poinsettia sale begins Oct. 23 and the music department’s annual 5K returns in May as a live road race after two years of holding it virtually. (This year’s theme is “Toons N’ Tunes.”)

For the arts professionals running school programs, the last few semesters have been challenging, to say the least.

“Last year was incredibly limited,” Foxboro’s Tedoldi said in an interview. “We were not allowed to sing or play wind instruments indoors.” Playing outside under tents made the curriculum “weather dependent,” she says. When they could move indoors, student performers had to maintain social distancing even more than in the classroom. “Ten feet is really far.” And, she adds, parents told her they missed seeing their children perform.

But, she says, unlike some districts, Foxboro did not just eliminate music education last year.

While public concerts were canceled, “We were able to do some in-school performances,” and virtual concerts with the efforts of her staff and Foxboro Cable Access.

The focus, she said, was on “what we can do, not what we can’t.” Children and teachers “during 2020 realized how difficult it was to make music alone.”

Still, she says, the schools maintained a high level of performance, noting the high school’s acclaimed Jazz Ensemble “did not miss a beat,” being named amed one of 15 finalists in the 2021 Essentially Ellington Music Competition & Festival.

Rizzo notes, “We are incredibly excited to be working with our students again without the incredibly severe, although necessary, limitations and mandates from last year.

While there are still safeguards in place, the updated guidance and elimination of virtual learning has positively impacted our ability to perform and connect with students.”

There are still constraints, though, “Our concert chorus and concert band are rehearsing indoors at three-foot spacing using masks and bell covers while performing as per DESE guidelines.

Even after the enforced time off, both Tedoldi and Rizzo say, their students have come back full of enthusiasm.

“Sharing the moments of music making with each other is what builds community and culture not only within our department but within a school and is why our students and faculty do what they do,” Rizzo wrote.

Even with masks on, Tedoldi says, “It’s been really nice to have all together again.” She noted that while it’s an adjustment “getting back in the groove,” the 2020 school year, “was different type of exhausting. This is a good type of tired.”

Information on individual programs can be found at: foxborough-fhs.ss19.sharpschool.com/departments/music; nahsmusic.com.