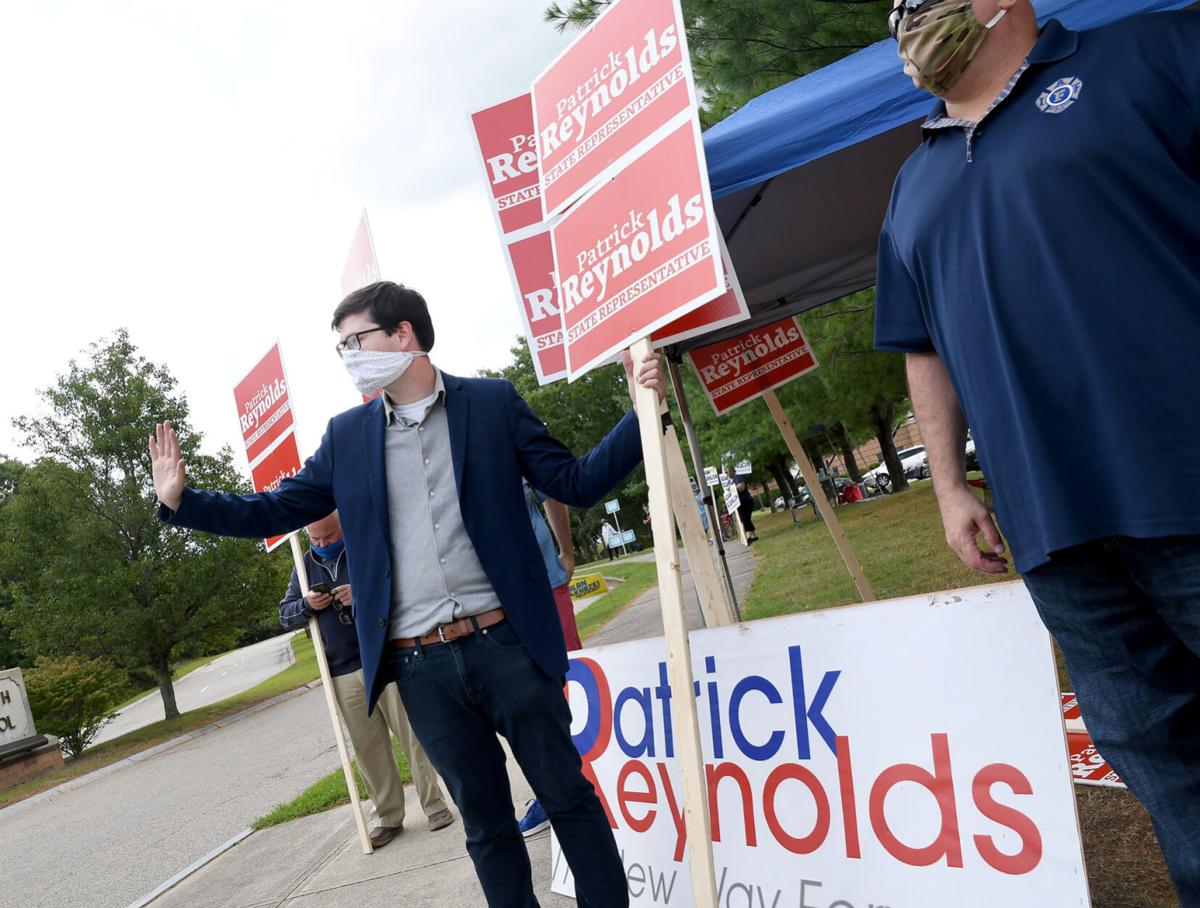 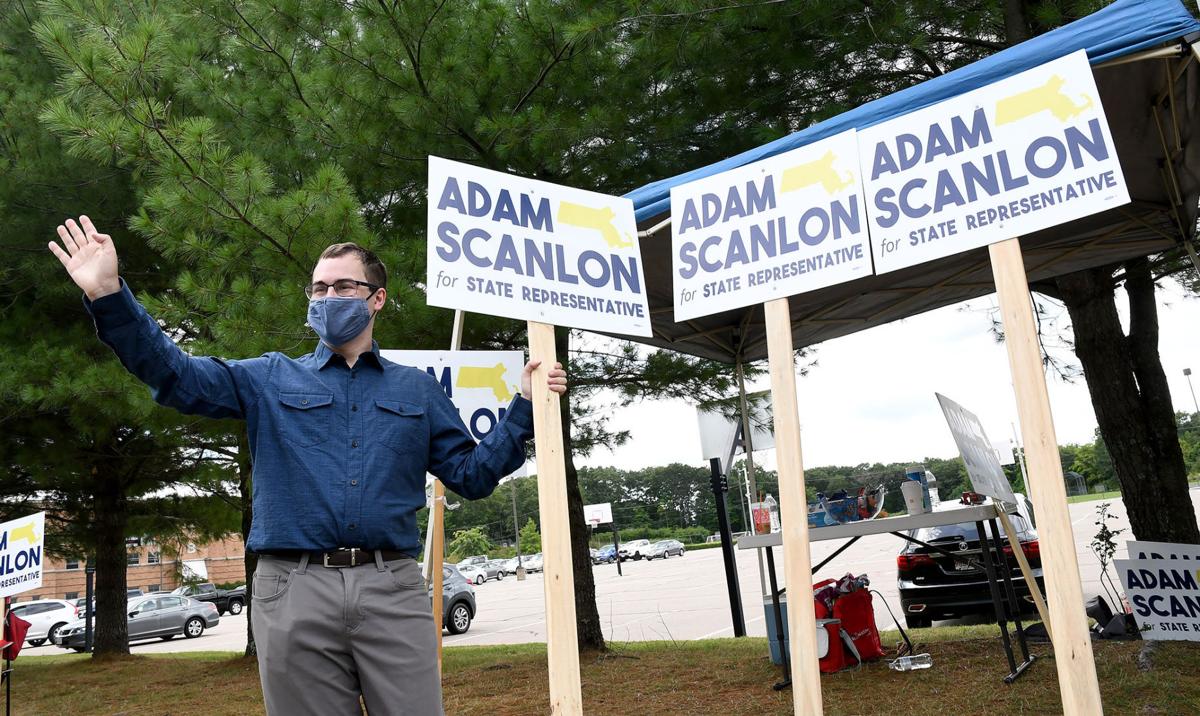 NORTH ATTLEBORO — Adam Scanlon eked out a narrow victory Tuesday in the Democratic primary for the 14th Bristol District state representative seat while the Republican candidate dropped out of the race, citing health reasons.

Scanlon garnered 3,225 votes to 3,113 for Patrick Reynolds, according to results released early Wednesday morning. Scanlon will be the Democratic nominee to replace longtime state Rep. Elizabeth Poirier, R-North Attleboro, who is retiring.

In a surprise move, Michael Lennox, a town council member who was the only candidate on the Republican side, announced Tuesday night that he was withdrawing from the race due to health concerns. He will back another councilor as a substitute GOP candidate.

Patricia Dolan, administrative secretary for the town election commission, said late Tuesday that technical difficulties with some of the ballot machines at the polls at North Attleboro High School were delaying final results, including those in the race between Scanlon and Reynolds.

She said some 5,000 voters had cast their primary ballots early this year.

It was a confusing end to what had been a quiet campaign as the two candidates relied largely on social media and one televised debate to get their messages out.

Earlier in the day at the polls Arthur Higgenbotham, Precinct 1 official, said that even with the mail-in and early voting ballots, Tuesday’s turnout seemed about the same as any election.

Each of the town’s nine precincts had recorded 200 to 300 mail-in ballots by late afternoon on election day.

Higgenbotham said the process was running with few hiccups.

A few voters had come to the polls in the North Attleboro High School gym with their mail-in votes in hand, instead of taking them to town hall. In those cases those ballots were destroyed and the person was allowed to cast a vote at the polls, Higgenbotham said. In other instances Higgenbothm had to call election officials at town hall to ensure a resident’s vote had not already been recorded before they could be handed a ballot.

“It’s going as smoothly as we could,” he said.

Even with the options of early voting, mail-in ballots and absentee voting, some people just liked voting live on election day.

Heather Civitarese, 31, a lifelong resident of North, said she still wanted to come to the polls, even if it meant coming in a mask. “Just the tradition. And It’s a big event. I just wanted to be here in person.”

Michael Good, 34, a recent transplant from Boston, who says he’s voted in every election since he turned 18, was casting a ballot in North Attleboro for the first time. “I just like to vote in person.” he said. “It’s very easy and there won’t be any mix up or confusion.”

The two Democratic candidates for the local Statehouse seat and their supporters were in properly socially clusters near the entrance to the high school on Landry Avenue as a sound system blasted Shakira songs in the background.

Both candidates thought the Senate and House races were bringing more people to the polls. But it was not just that.

Reynolds, 24, a former selectman chairman, said “They are motivated that they are getting out to vote to get new leadership on Beacon Hill.”

Scanlon, also 24, and a member of the town council said, “I’m really thankful for the people who took the time to hear our message. We did our best and either way I’m proud of the work we did.”

Lennox, in a posting on his Facebook page, said he was supporting the candidacy of his fellow councilor John Simmons to replace Poirier, who announced in March she would not be seeking re-election.

Lennox’s posting said, “Unfortunately, after encountering some health challenges over the past several weeks, and in consultation with my physician, I have made the very difficult decision to not continue my campaign on to the general election in November.”

He added that Simmons “has assured me he would proudly step up to challenge for the position of State Representative. I urge the town party committees contributing to the appointment of a new Republican candidate to allow John the opportunity to seek this important seat in the State legislature as the representative of our party.”