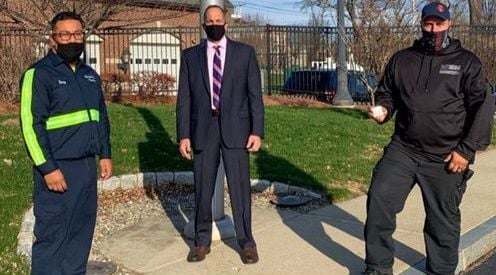 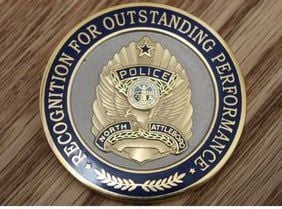 Danny Gonzalez has spent four years on the road towing broken-down cars, but the job he had two weeks ago is one he’ll never forget.

And neither will local police, who are most appreciative of his efforts.

Gonzalez, 33, a driver for Sterry Street Towing in Attleboro, went to help a couple in Cumberland on Nov. 12 who told him their car had a broken timing chain.

Unknown to Gonzalez at the time, the couple had allegedly just robbed the Stop & Shop on Route 1 in North Attleboro and wanted their car towed because, authorities say, they feared it had been spotted and didn’t want to get caught.

Gonzalez was towing the vehicle to Brockton with the suspects in his cab when a friend, Aaron Gallucci of MAPFRE Insurance, called him as they passed in opposite directions on Interstate 495.

Gallucci, who works for MAPFRE’s highway assistance unit, heard the state police bulletin about the robbery and told Gonzalez he may be towing the getaway car.

“I was trying to keep my cool,” Gonzalez said in an interview with The Sun Chronicle this week.

Gonzalez then got a call from his company and then state police, causing one of the suspects, 37-year-old Justin O’Connell of Brockton, to get suspicious.

“He asked me, ‘Is everything all right?’ I just told him it was my company, that they had another tow,” Gonzalez said.

While driving north on Route 24, Gonzalez said, O’Connell told him to pull into a rest stop instead of his home and asked if the price was going to be the same.

In the rest stop, Gonzalez stalled while taking the car down from the flat bed as he waited for state police to arrive. That’s when O’Connell claimed his mother was dying and he needed to go.

“He was starting to get aggressive at that time,” Gonzalez said. “He said it doesn’t take that long to get a car down.”

That’s when O’Connell and his girlfriend walked off in the parking lot. “Literally two minutes later the police came,” Gonzalez said.

O’Connell allegedly carjacked another vehicle in the rest stop only to be apprehended by state police after in a brief chase that ended in West Bridgewater.

The other suspect, Valerie Proulx, 41, of Brockton, was apprehended in the rest area.

Gonzalez and Gallucci were lauded by local police who gave the men the department’s Challenge Coin, an honor usually limited to police officers on the department who go above and beyond the call of duty.

North Attleboro police Capt. Joseph DiRenzo praised the men, saying their actions enabled authorities to apprehend two individuals who were allegedly responsible not only for the Stop & Shop robbery but possibly for a string of robberies.

“We thought it was incredible and heroic,” DiRenzo said.

The captain said police feared someone would eventually be injured if the suspects were not apprehended and thanked God no one was hurt when they were arrested. DiRenzo commended Gonzalez for his bravery in helping police nab the suspects.

“He was able to keep his cool,” DiRenzo said.

“It felt good,” Gonzalez said about receiving the award, adding that he was happy just to help police apprehend the suspects.

Meanwhile, O’Connell and Proulx face armed robbery charges related to the holdup at Stop & Shop and another on Oct. 30 at Shaw’s supermarket at Tri-Boro Plaza.

They are also suspects in robberies in other communities, including one in New Hampshire, according to prosecutors.

O’Connell, who allegedly went into the stores brandishing a knife and has a long criminal record, is being held without bail under the state’s dangerousness statute.

An Attleboro District Court judge set bail for Proulx, the alleged getaway driver, at $5,000 cash. She must wear a GPS monitoring device if she does post the money and is released.

ATTLEBORO — A Brockton woman charged with participating in a string of holdups, including two at North Attleboro supermarkets, was either a wi…