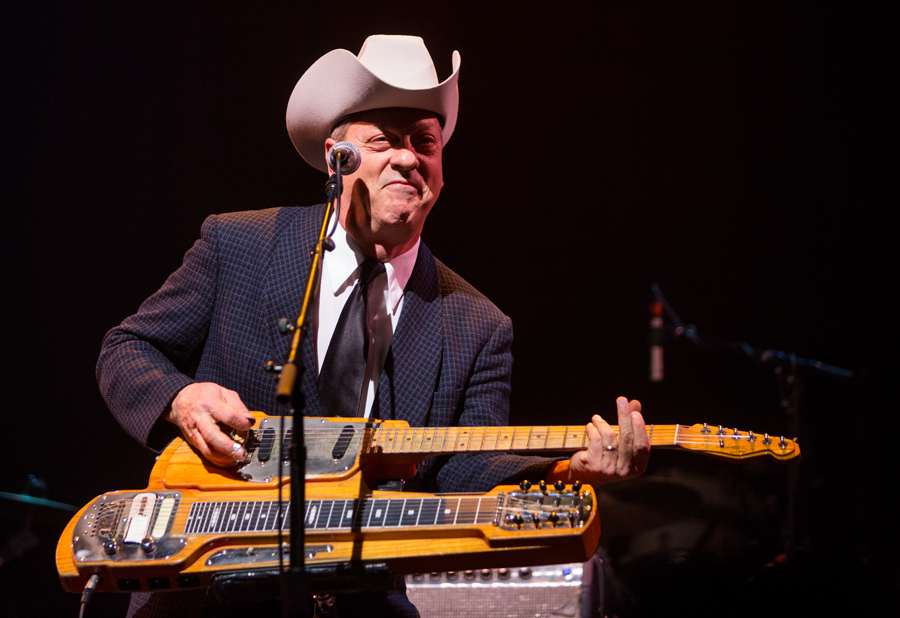 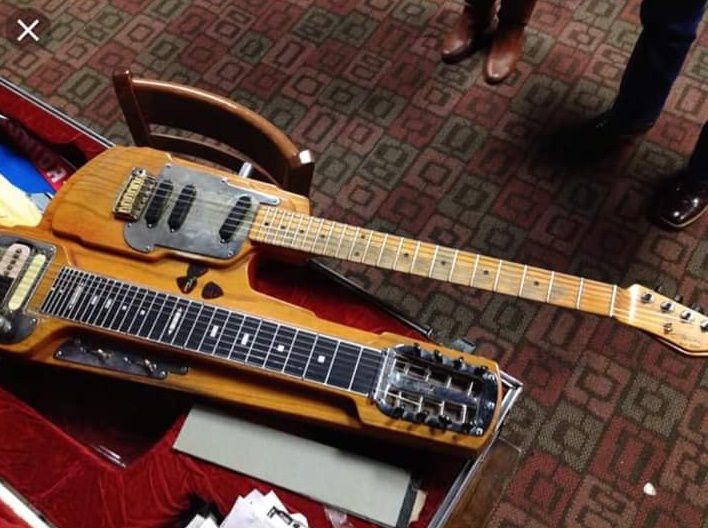 The Guit-Steel doubled-necked guitar was reported stolen Monday morning along with a Martin Shenandoah acoustic guitar that belonged to his wife and bandmate, Tanya Rae. The instruments were stolen from Brown’s rental car parked outside the Holiday Inn Express on Route 1, according to police.

On Tuesday, Brown offered a $2,000 reward for the return of the instruments on his Facebook Page.

“Tanya Rae and I would like to express our sincere gratitude to all the fine folks out there helping to look for our precious instruments,” Brown posted.

The musician said the response by fans to the loss has been overwhelming and he and his wife “are deeply moved.”

Brown shared news about the theft Monday and by Tuesday afternoon the Facebook post was shared 6,500 times and over 560 people commented on it.

Police say the guitars are believed to have been stolen sometime between 8 p.m. Sunday and just after 7 a.m. Monday, when the theft was reported.

The thief or thieves broke the passenger side rear door window to gain access to the vehicle, police said.

The hybrid guitar was invented by Brown so he could play a standard electric guitar and lap steel guitar without having to change instruments. It was made in 1985 by Michael Stevens of Stevens Electric Instruments, according to Brown’s website.

The guitar is faded red-to-brown in color with the words “Junior Brown” and “Steven Guit-Steel” on the headstock. Brown also told police there was a sticker on the back of the guitar.

Tanya Brown’s Martin has a blonde body and headstock with gold tuning pegs. It also has two pic guards added and the finish has been removed from the back of the body. There is also a sticker on the back.

The guitar was inside a black “SKB” brand case, which was also stolen. The case had a tag on it from the airport with Tanya Brown’s name and phone number on it.

The guitars were stolen during a tour stop in Massachusetts.

Brown won the Country Music Video of the Year award for 1995’s “My Wife Thinks You’re Dead.” His music has been featured in the movie “Me, Myself & Irene,” “SpongeBob SquarePants” and the 2005 “Dukes of Hazzard” remake, which he also narrates. His music has also been featured on the TV show “Better Call Saul.”

Police Sgt. Christopher Ciccio said the investigation is ongoing and urged anyone with information to contact North Attleboro police.