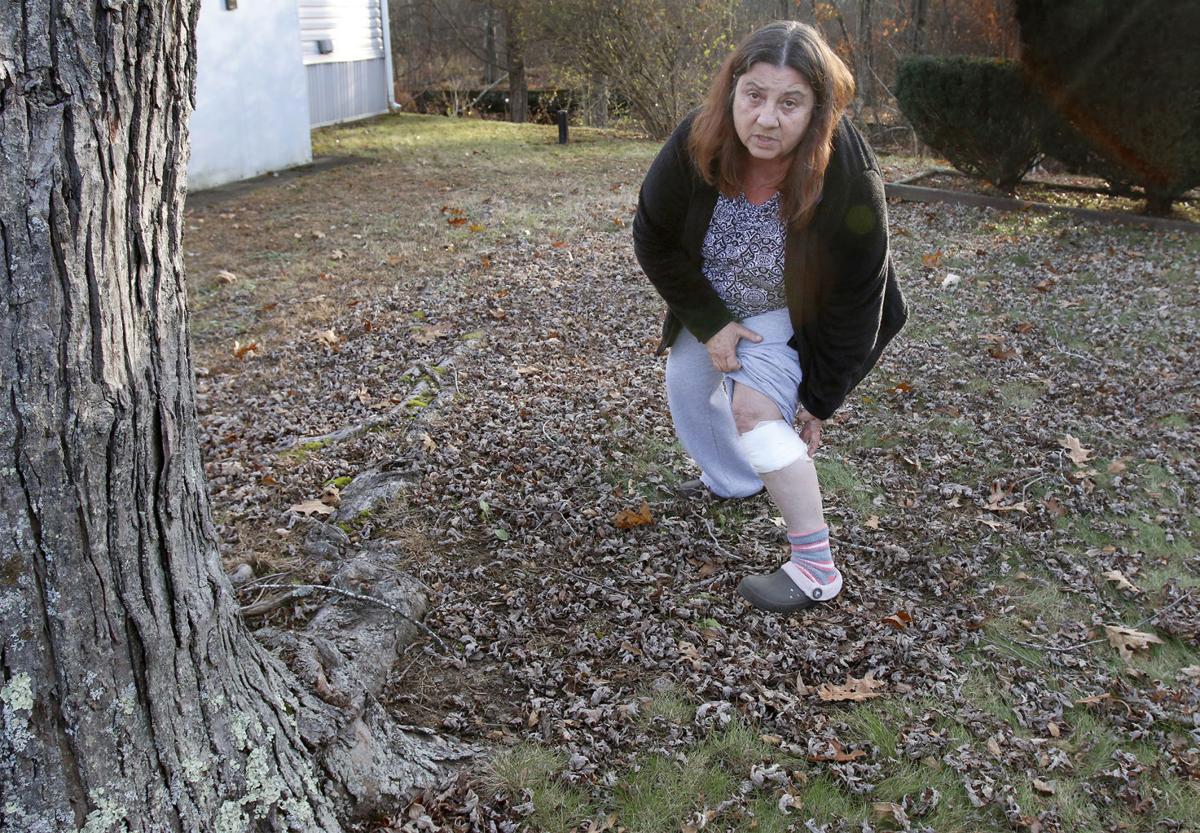 Judy Place shows the wound she received when bitten by a coyote next to her mobile home in North Attleboro. Police were forced to shoot and kill the animal. 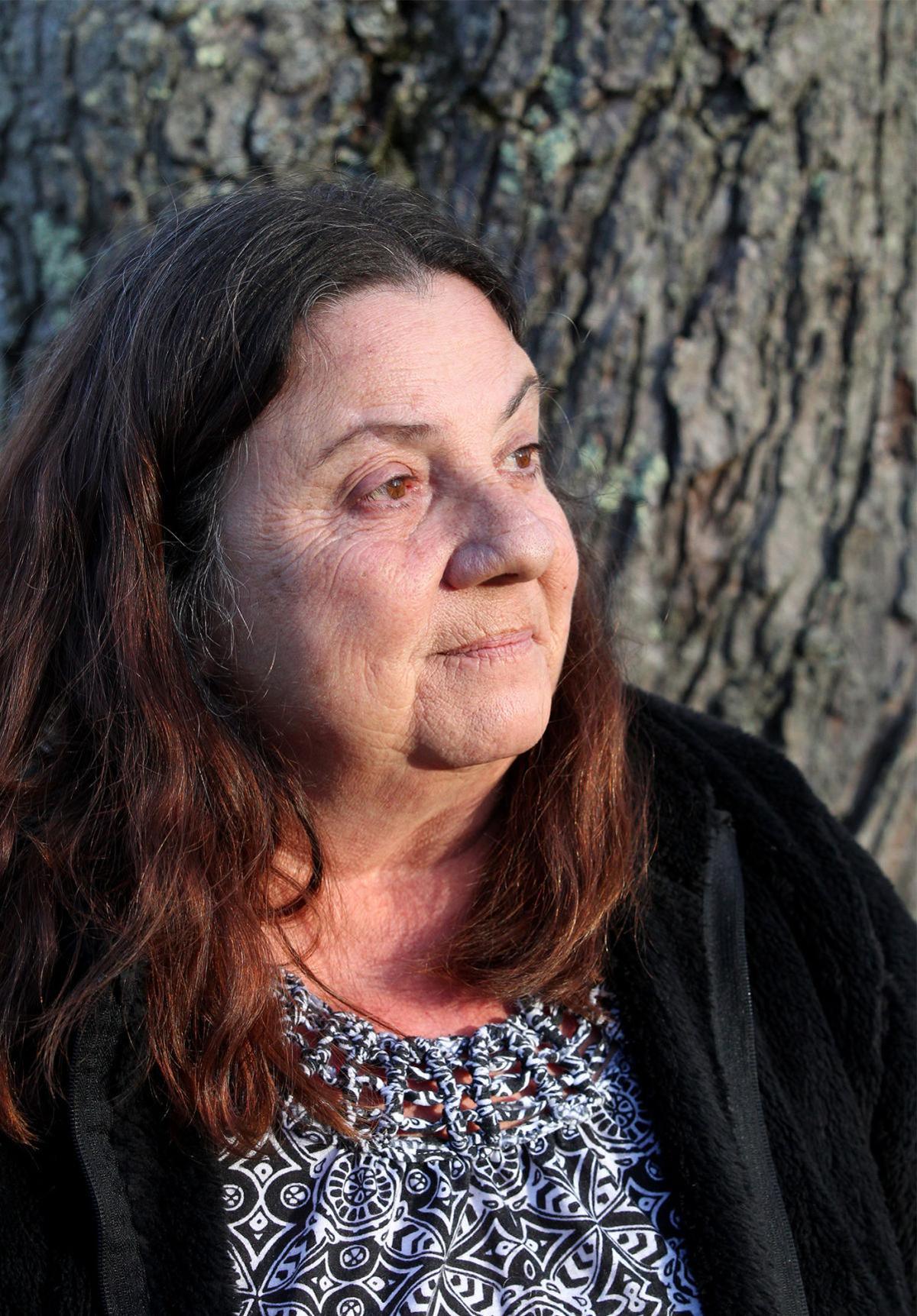 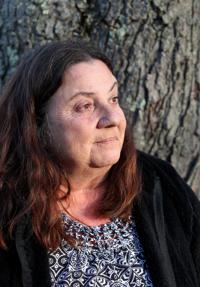 Judy Place was bitten by a coyote next to her mobile home in North Attleboro. 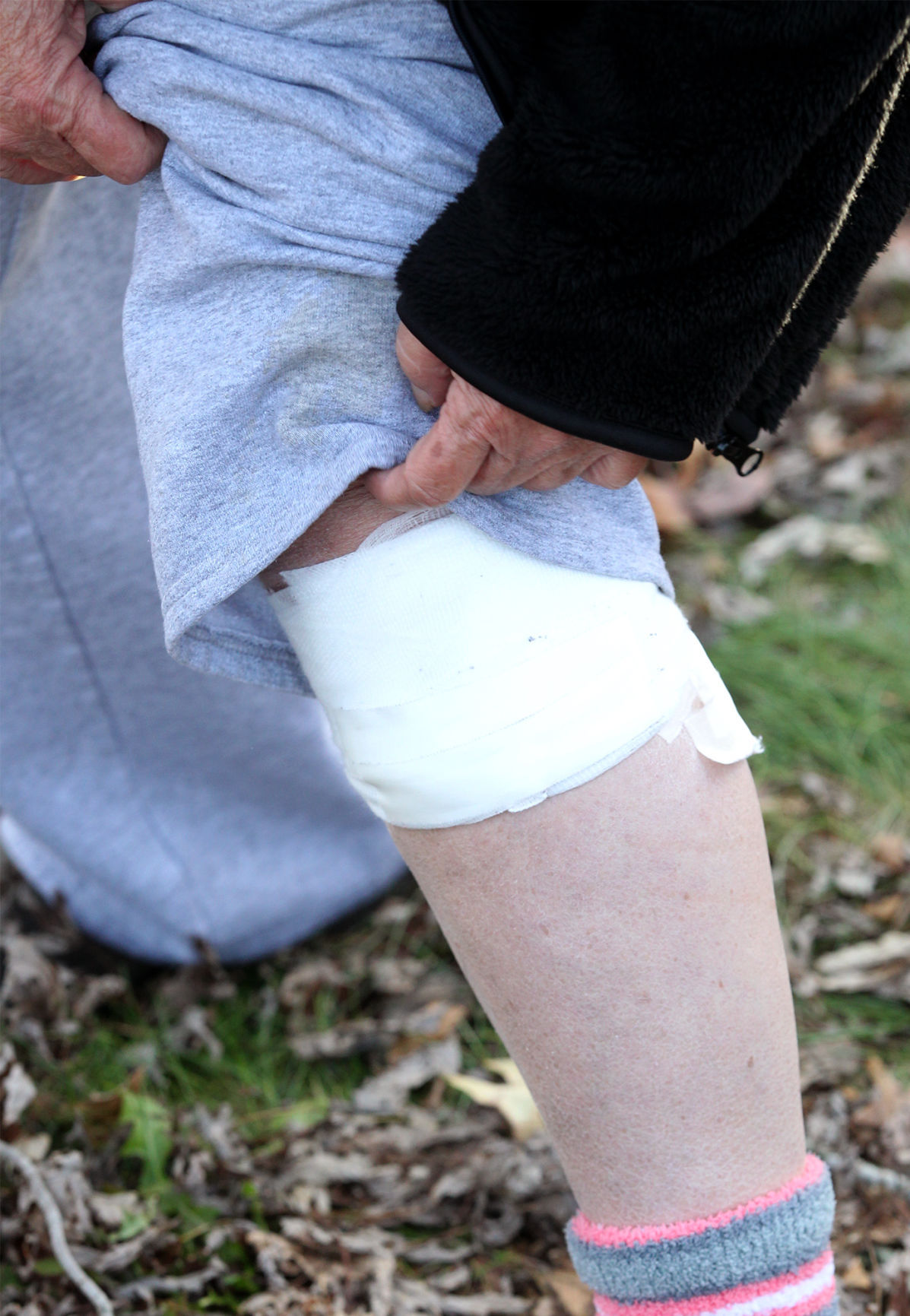 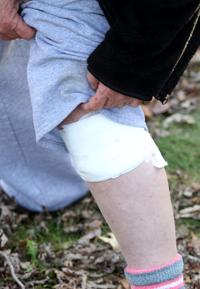 Judy Place shows the wound she received when she was bitten by a coyote in the yard next to her mobile home in North Attleboro. 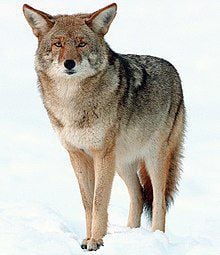 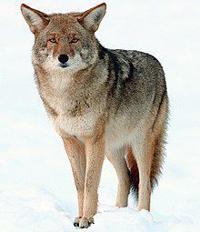 The biggest threat locally to unattended pets is the coyote, which in some cases has lost its fear of humans. This one was photographed wandering outside a house in Cedar Glen, Calif., in the San Bernardino Mountains. (AP file photo)

Judy Place shows the wound she received when bitten by a coyote next to her mobile home in North Attleboro. Police were forced to shoot and kill the animal.

Judy Place was bitten by a coyote next to her mobile home in North Attleboro.

Judy Place shows the wound she received when she was bitten by a coyote in the yard next to her mobile home in North Attleboro.

The biggest threat locally to unattended pets is the coyote, which in some cases has lost its fear of humans. This one was photographed wandering outside a house in Cedar Glen, Calif., in the San Bernardino Mountains. (AP file photo)

NORTH ATTLEBORO -- The coyote that bit Judy Place on Monday night was no stranger.

For weeks Place had seen the animal hanging around the woods and river by her home at Water's Edge Estates off Route 1, but usually at a distance. It didn't look rabid or sick: It had long beautiful fur and looked strong and healthy. And after a few looks, the animal would usually scurry away.

But Monday afternoon it appeared at the edge of her car. It didn't run when she made loud noises or slammed her door. And a few minutes later when she drove next door to warn her neighbor that the animal was out, she found it on her neighbor's porch, chewing on chair cushions and pulling umbrellas from a nearby bucket. Her neighbor, too, tried to scurry the animal away to no avail.

But Place wasn't worried until Monday night, when she heard the coyote banging around outside of her bedroom window.

She tried tapping on her windows to scare the animal away, but the coyote's banging only got louder and Place, terrified, called North Attleboro police to her door.

What ensued next was a bizarre encounter straight out of a movie, Place said, ending in a bite that would send her to the hospital.

As she was showing the officers where she heard the sounds coming from, they came across a large hole in the siding across the bottom of her trailer. There, Place swears she saw two yellow eyes -- but only for a second.

And as officers were planning what to do next, the coyote suddenly appeared behind them.

Police Capt. Joseph DiRenzo, recounting the incident on behalf of two of his officers Monday, said it appeared "out of nowhere."

Later, when she inspected the siding, Place said there was another hole on the other side of the trailer. She thinks as police closed in, the coyote escaped out the back route and walked to the other side of her home to corner them.

Officers ordered her to back up gently and Place, knowing better than to stare the coyote in the eye, looked down as she slowly moved. But the coyote followed.

"It was like a dog greeting its owner," Place said. "It was so weird."

Place said the coyote ignored the two men and never took its eyes off of her.

Eventually, she saw the animal's paws below.

And when the animal latched on to her leg, it was sudden, but not aggressive. There was no shaking back and forth. Just a single bite.

DiRenzo said his officers deployed their Tasers on the animal twice to no avail, but didn't want to bring a gun into the situation because of the coyote's close proximity to Place.

"She didn't budge. I didn't even feel her body jerk," Place said. "She wasn't going anywhere."

Eventually, a warning shot was fired and the animal scurried off, Place said.

She ran inside and isn't too sure what happened next.

DiRenzo said the Taser only angered the animal, who started going after Officer Lance Pickering. Eventually an officer shot and injured the animal, who took refuge again underneath the trailer. But the coyote again became aggressive as officers tried to contain it, and police had to kill the animal to prevent any other injuries, DiRenzo said.

Place said somehow she remained calm until she was indoors. She blames it on the adrenaline or a defense mechanism. But as soon as the door shut behind her, the shock of the situation kicked in.

She had three puncture wounds on her leg, which was covered in blood.

"Finally the police came up to me and said, 'We got her," Place said. "Officer (John) Grim gave me a hug and said, 'I'm so sorry you had to go through this.' I got lucky with him. He was awesome."

They called an ambulance and she was transported to Sturdy Memorial Hospital and treated with antibiotics.

The coyote was transported to William A. Hinton State Laboratory in Jamaica Plain on Tuesday to be tested for rabies, Animal Control Officer Kristina O'Keefe said.

If it's a positive result, Place will have to undergo a series of rabies shots.

But because animals can't talk, she's also without answers.

In 16 years of living in the trailer park, Place said this year was the first time she's seen a coyote, but at night she can hear them screeching in the woods near her home. She believes the coyote could have had a litter of pups nearby.

"When I first saw her a month ago I thought I was losing my mind," Place said. "I think she was looking for shelter and happened to choose my home. She had a plan."

"I want to warn people about the myths that coyotes don't attack or that they're more afraid of you," she said. "This one was not running. It was not afraid of anything. I think, if they have a baby or a food source nearby, there's no reason they'll move."

In Newton Saturday, a woman took a picture of what is believed to be a large coyote with a cat in its mouth and posted it on social media to alert her neighbors.

Several cats have been reported missing in that community, which has woods along the Charles River. Officials are advising residents to keep small cats and dogs indoors and to keep an eye on their children.

But The Humane Society of the United States says coyote attacks on people are very rare, and the animals are typically afraid of humans. But, a coyote who does not scare easily has likely become accustomed or habituated to people and may be getting fed, either intentionally or through trash and outdoor pet food.

The easiest way to scare off a coyote is to make loud noises, stand tall and wave the animal away, the society said.

Coyote killed by North Attleboro police after it bit woman