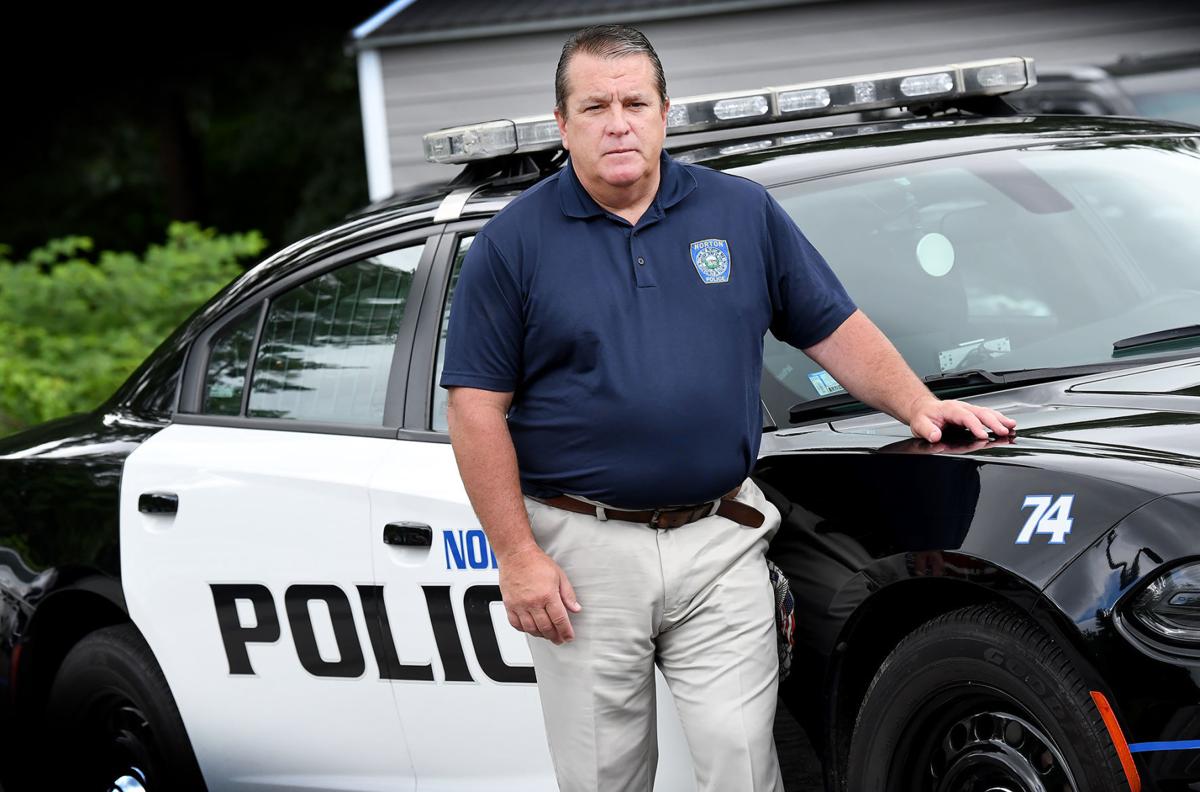 Norton Police Det. Todd Bramwell has retired from the department after 33 years on the job. His last 21 years were as a detective. 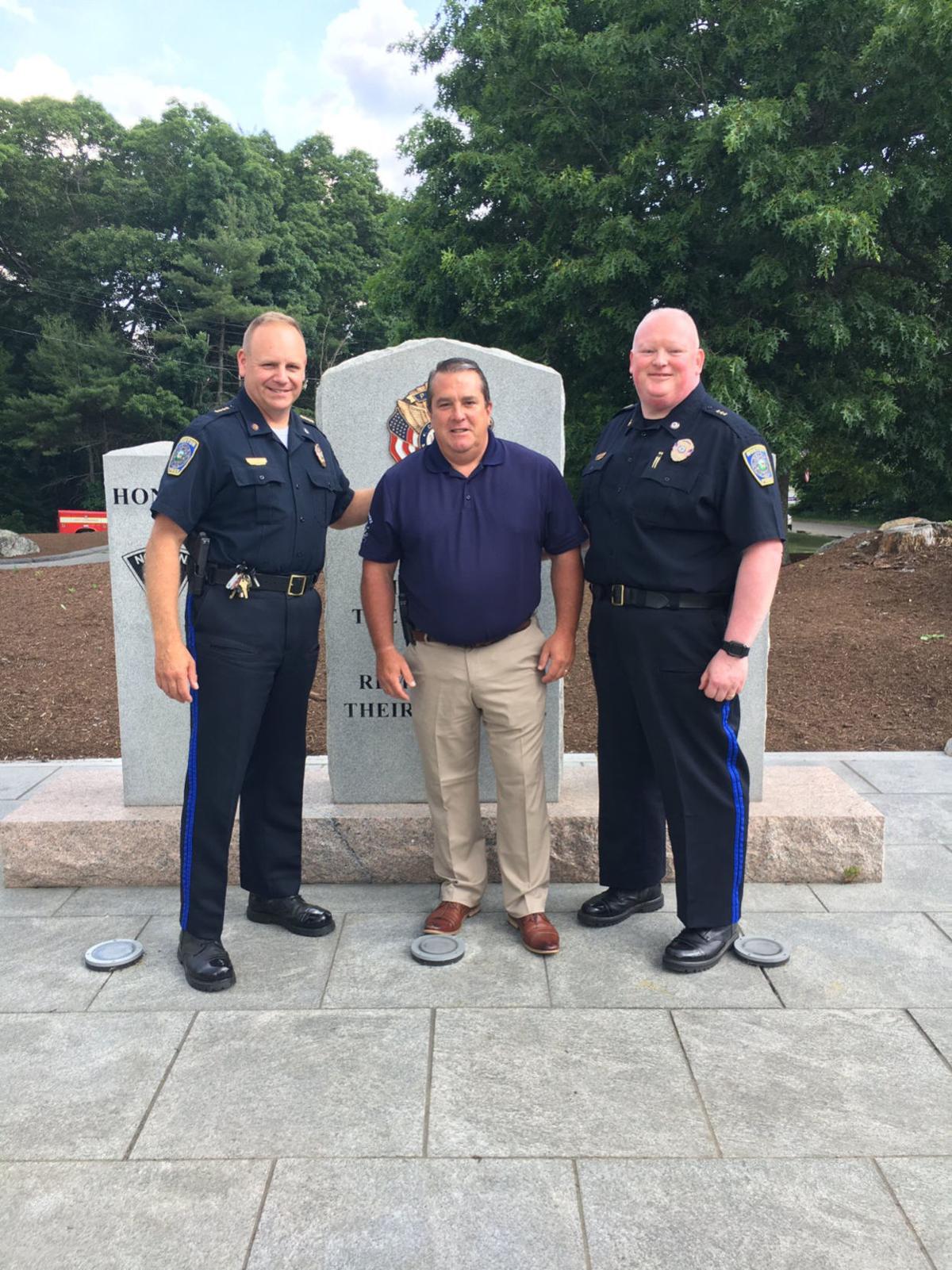 Norton Police Det. Todd Bramwell has retired from the department after 33 years on the job. His last 21 years were as a detective.

When Todd Bramwell was a young boy, he became friendly with police officers who visited his father’s pharmacy in Attleboro to investigate a bogus prescription from time to time.

Those visits whet his appetite for police work.

“I admired what they did. Eventually, I just said, ‘That’s what I want to do,’” Bramwell said.

And a shootout between police and suspects fleeing a burglar alarm at Pleasant Pharmacy, his father’s business, in the late 1970s did not deter him from his goal.

Last month, Bramwell, 55, ended a 33-year career as a Norton police officer, two-thirds of that as a detective investigating just about every major crime in town.

Along the way, he rose to become the president of the state chapter of the Fraternal Order of Police, the nation’s largest police union, and met cops from all over the country.

In an interview last week, Bramwell said he loved the challenge of solving crimes, from break-ins to arson to sexual assault to murder. He was determined to get justice for the victims and their families, often taking a seat with them in court for support when a jury announced their verdict.

“I always strived to do the best I could,” Bramwell said.

In the late 1980s, he was hired by Police Chief Benton Keene and took to the road to patrol the streets he grew up on.

He was promoted to detective by Police Chief Bruce Finch, a position he always dreamed of achieving.

Current Norton Police Chief Brian Clark, who supervised the detective division for years before becoming chief, said Bramwell knew how to deal with the victims of crimes, whether it was a murder, a sexual assault, drug abuse or a housebreak.

“These are cases that require certain skills, compassion, and empathy,” Clark said.

Bramwell was also the town’s police prosecutor at Attleboro District Court for many years, enabling him to be both the cop on the scene and in court working with prosecutors, defense lawyers and court officials.

“Todd has the unique personality it takes to work with judges, lawyers, probation, clerks, district attorneys and victims of crime on a daily basis,” Clark said.

Beneath his sometimes gruff exterior, his colleagues say Bramwell is a kind, dedicated law enforcement professional and family man.

“It takes a certain kind of person to do drug work. You have to have street sense,” said Attleboro police Sgt. Richard Campion, a former detective and member of county and federal drug task forces.

“He’s a great cop. He gets it. He had a lot of street sense. Many people work their whole career and they never get it,” Campion said, adding that Bramwell “was just a dependable guy.”

That dependability was evident in 2007 when he left in the middle of a golf tournament on his day off to join his colleagues when the boyfriend of Elizabeth Cann shot and killed her at her Norton home. The boyfriend also tried to kill her two daughters before killing himself.

The children were hospitalized for a lengthy period of time with serious injuries. To assist the family with medical bills and other expenses, Bramwell stepped up and organized a golf tournament to raise money, Clark said.

Bramwell said crimes or incidents involving children are the most difficult to investigate.

In 1999, he helped search for Corey Anderson, the 9-year-old Norton boy who died of hypothermia after chasing after his dog during a snowstorm. And he investigated the murder of Julie Meede, who was killed in front of her children in 2016.

Bramwell and Thomas Carroll of the Bristol County District Attorney’s Office also busted a local dance instructor in 2005 who sexually assaulted his teenage students in Norton and Rhode Island.

One of the worst moments of his career was when he was dispatched to investigate the accidental death of a baby girl at the hospital. Bramwell said that when he arrived, “the nurse was in a rocking chair, rocking her dead.”

Keeping the job and all the heartache that comes with it in perspective is important, Bramwell said.

“I always said a police career is like a roller coaster. There are a lot of ups and downs and twists and turns. You have to make sure the highs don’t get too high and the lows don’t get too low,” he said.

Bramwell has dedicated himself to civic causes, charities and athletics throughout his career.

He has flipped hundreds of burgers and handed out beverages at cop funerals and major events in the state and New England, and has gathered truckloads of toys for toddlers during the holidays.

Retired Attleboro police Lt. Arthur Brillon, who worked with Bramwell on the drug task force and at union events, said he “isn’t the 8 to 4 type of guy. He worked above and beyond the job.”

“Early on in his career he realized the importance of working with and supporting the community,” Clark added.

Bramwell has run golf tournaments to help the families of other crime victims as well as raise funds for college and high school scholarships and sports teams.

He was also one of the first people to offer his help in raising money and putting together the Norton Police Memorial in front of the police station, Clark said.

Mansfield Police Chief Ron Sellon and the state police union were among law enforcement personnel who gave shout-outs to Bramwell on social media upon learning of his retirement.

The job of being a police officer has become more difficult since the May 25 death of George Floyd in Minneapolis and other Black Americans in other parts of the country. They’ve tarnished the badge of the vast numbers of good police officers, Bramwell said.

“You see what’s going on around the country, I don’t see that in the people I worked with,” he said. “The guys I’ve worked with, they’ve always been professional.”

“I know it’s a difficult time right now in the country,” he added. “I want people to realize we may have chosen this career, but we still need their support.

“I really do believe there are a lot of good people out there that do support us.. They just aren’t being heard.”

As for his immediate future, Bramwell said he has a number of home projects to keep him occupied, wants to buy a Jeep and intends to seek another term as union president.

An avid golfer, he also plans to hit the links with the determination of a cop on the heels of a criminal.

“I have to get my handicap down,” Bramwell said.