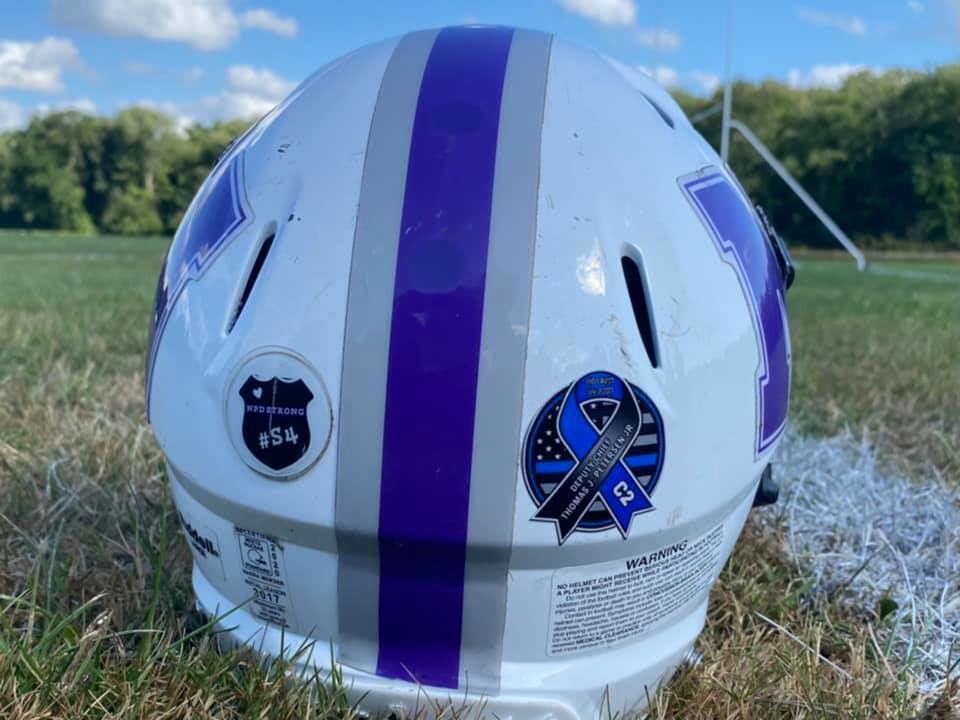 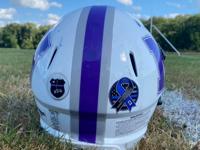 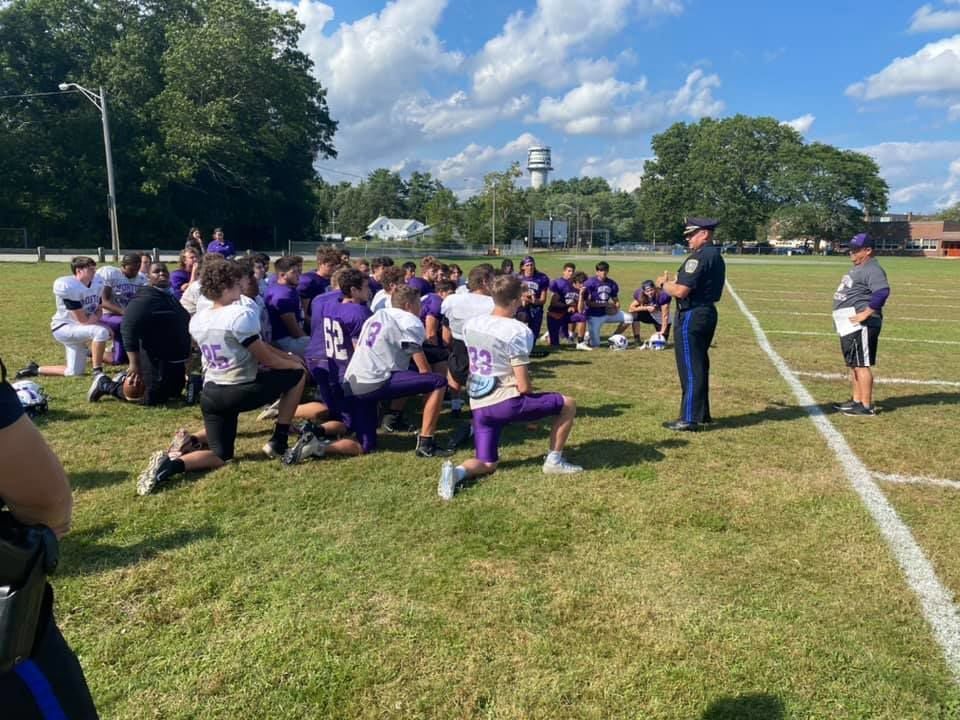 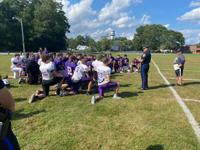 NORTON — For a decade, Deputy Police Chief Thomas Petersen was an assistant coach for the Norton High School football team and remained involved after being promoted a year ago.

The team is now honoring Petersen, who died on July 13 after a sudden illness, by wearing a decal on their helmets with the deputy police chief’s call number, C2.

“He not only bled blue but he bled Lancer purple,” Police Chief Brian Clark said Monday.

The team already has “S4” decals on their helmets from last season in honor of Detective Sgt. Stephen Desfosses, who died of COVID-19 on Jan. 13.

Clark thanked football Coach Jim Artz and his staff for the gesture and Signs for Tomorrow for making the decals.

Last Thursday, Clark spoke to the team about the importance of community and about the devastating loss of Petersen and Desfosses, both of whom played on the team when they were at Norton High School.

“I told them to imagine losing two of your teammates in six months,” he said.

The officers were Clark’s top assistants and each had over three decades of experience. Petersen was second-in-command and Desfosses was the commander of the detective division.