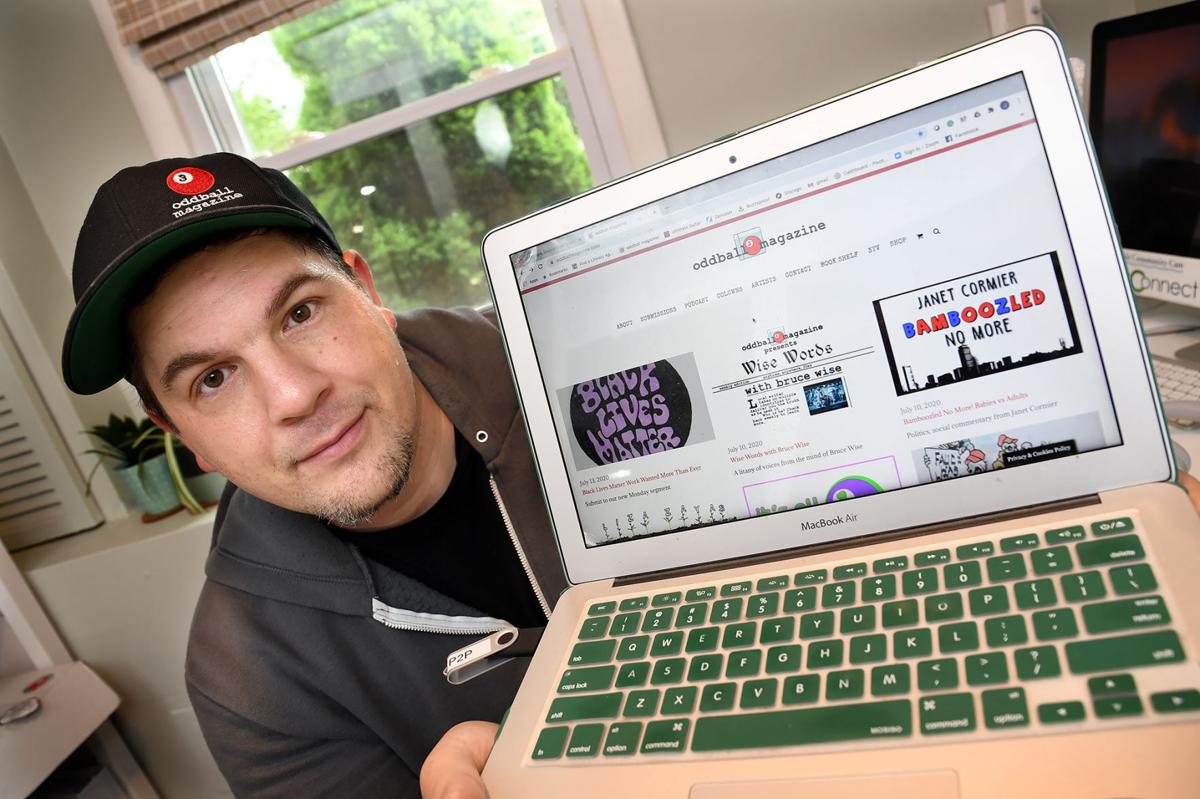 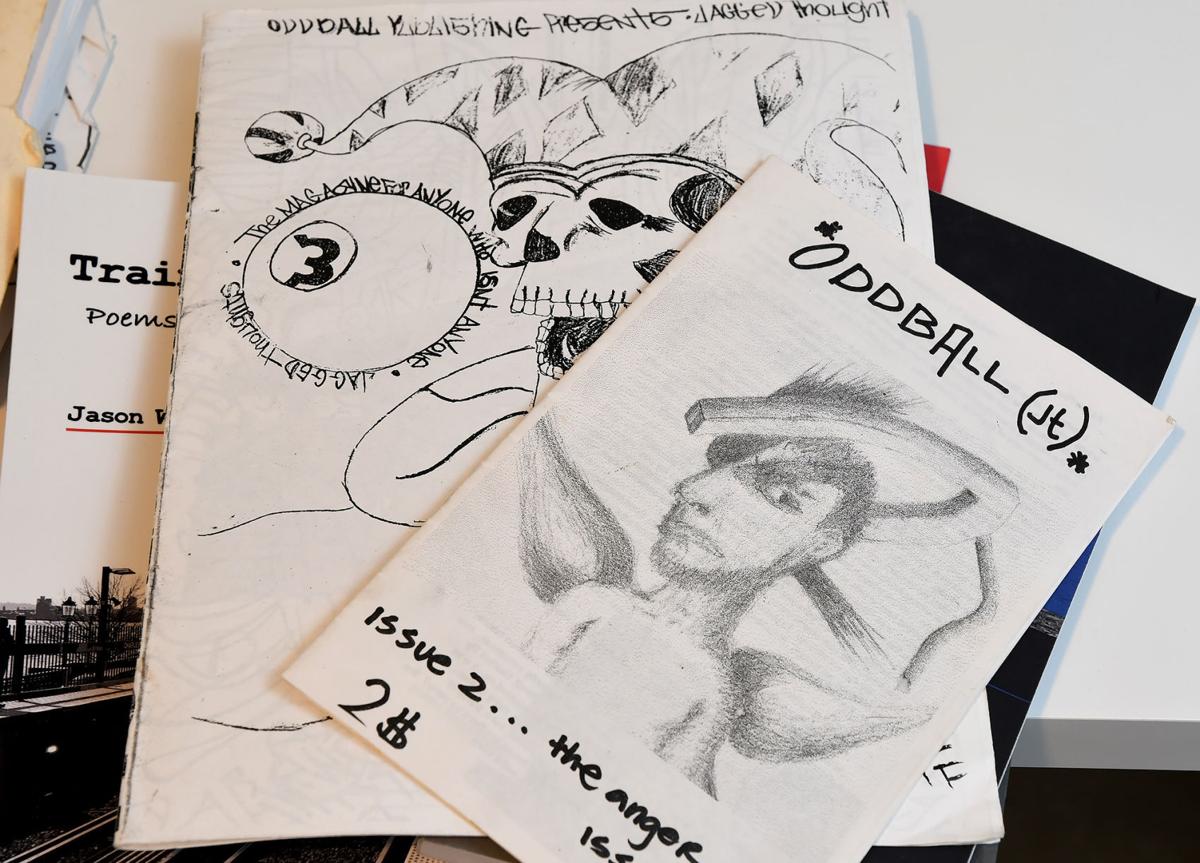 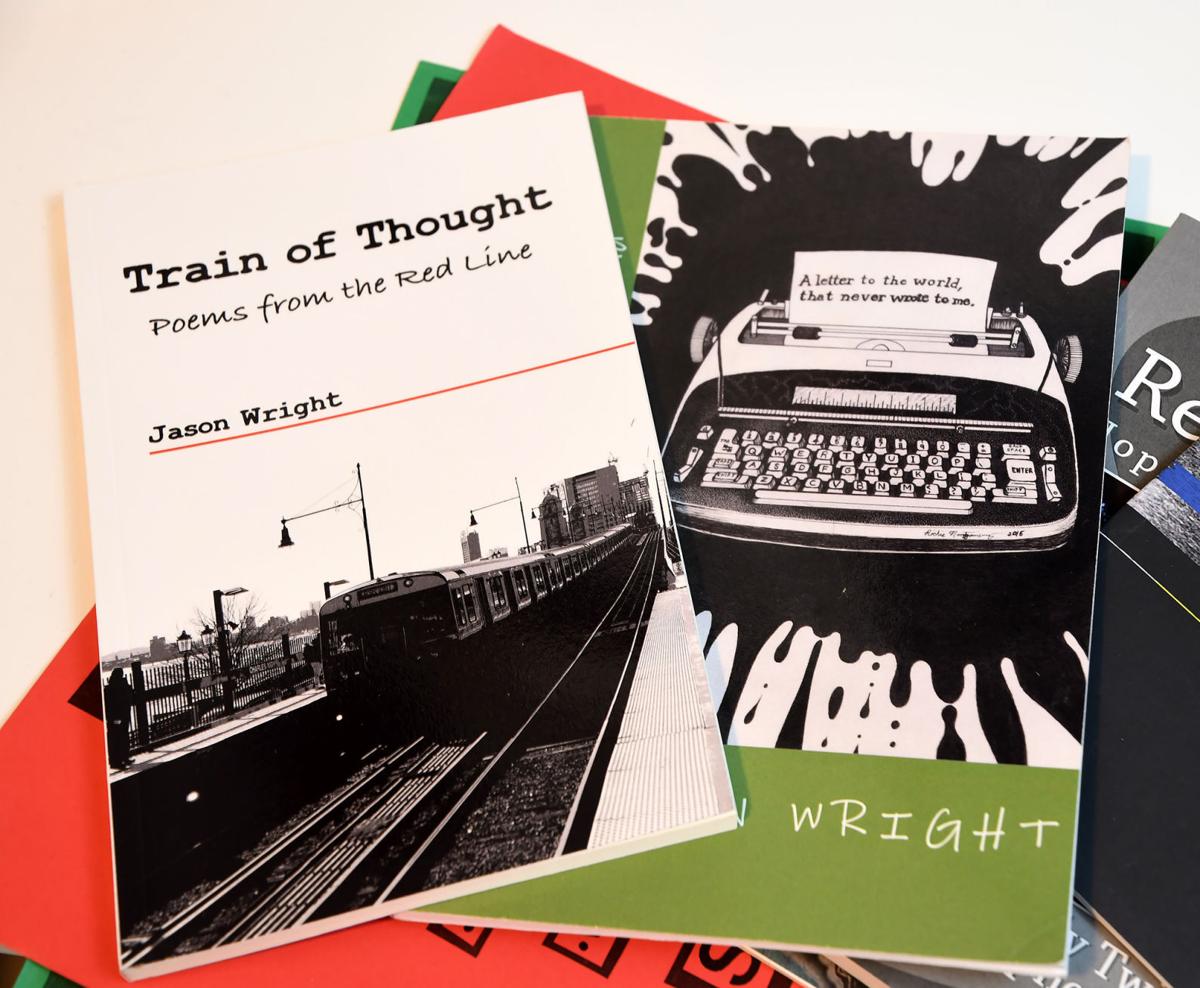 When Jason Wright was a student at Mansfield High School, he had a dream one night that he could not stop thinking about.

The Norton resident had just started putting together a poetry and arts magazine and was getting other students interested in the project, but wasn’t sure what to call it.

Then came a vivid dream where the image of a red No. 3 pool ball was tattooed on his hand. He decided the dream and the image could not be discarded. Oddball Magazine was on its way.

“I had suffered a shoulder accident and I couldn’t play on the basketball team so I was getting interested in poetry, writing, and art. That’s how it started, and I found other kids wanted to do it, too,” Wright said.

He launched the magazine in 1995 as what he describes as a “street zine” with a small circle of other students as contributors. Wright said an appreciation for poetry, especially among 20-somethings, was becoming more popular at the time and the magazine was gaining followers.

The magazine’s growth, however, coincided with a rising internal struggle for Wright.

“I was diagnosed with bipolar disorder after graduating,” he said.

His personal journey of facing a mental health challenge and then writing about it helped shape the magazine’s mission.

Wright wanted the publication, which is now a digital magazine site, to be a place where those who cope with depression, mental health or substance abuse challenges can have their artistic explorations seen and literary voices heard.

The notion of feeling like “the oddball” — not in sync with others, feeling that your struggle is both misunderstood on the outside and a source of painful conflict on the inside — is a recurring theme from his contributors.

“I really wanted to showcase what it’s like to live with that type of diagnosis, and we have writers who have dealt with bipolar disorder or depression, and I have writers on the autism spectrum, too,” Wright said. “I encourage people who have various diagnoses to send me their stuff.”

By 2010, Wright had moved to Somerville, immersed himself in Boston’s poetry scene, brought the magazine online and soon teamed with Chad Parenteau, another figure in the city’s arts/poetry scene, who became associate editor.

Those Somerville years also resulted in Wright’s publication of his first book of poetry, “Train of Thought: Poems from the Red Line.”

“I was riding the train from Somerville to North Quincy every day and the whole book was written during my train rides,” Wright said, adding that North Quincy, Downtown Crossing and Charlestown/MGH are among the actual Red Line stops serving as book chapter titles throughout.

His lead off poem, “Renaissance,” shows how vital the writing process had become for him at that point.

“This is the Renaissance, a new thought process,” Wright said. “The best medicine for me is this pen I am holding, the notebook I am writing in.”

Eventually Wright left Somerville and moved back to Norton where he presently lives with his wife Lisa, who he met, fittingly, in a bookstore. These days, the Oddball Magazine site is a multi-media platform, ranging from poetry, essays and art, to indie music and short films, to a TV show and podcast. And there is a global community of contributors.

“When you dive in, we wanted it to be an eclectic site, and it is, you can read and see works that may be coming anywhere from Norton to Brooklyn to India.”

Parenteau, who oversees the day-to-day site layout, says part of their success is having a reputation for showcasing the work of both the known and the completely unknown contributor.

“We’re always recruiting for new voices, whether on a regular or irregular basis, and we’ve gotten some impressive people who submit to us without having to ask,” he said. “However you measure our success, having creators drawn to us through word of mouth is a sure sign of it.”

Although a new generation has embraced the literary form, with youth slam poetry, performance poetry and sites like Button Poetry gaining popularity, Parenteau says it’s not yet found a mass audience.

“Certainly poetry is seeing increasing sales in niche markets, but it’s anybody’s guess if we can parlay that beyond a niche audience to a more mainstream market,” he said.

In addition to running their platform, Wright and Parenteau are now launching a nonprofit organization, the Oddball Foundation, which Wright hopes can serve as a bridge between the arts community and mental health advocacy.

“There’s a link between creativity and dealing with mental health challenges for a lot of people,” Wright said, “and the creative process can be therapeutic for those creating something or writing something.”

He said one of his favorite books, “Touched with Fire” by Kay Redfield Jamison, has inspired some of the ideas he has for the the educational programming his foundation could create.

The 1993 book explored the link between creativity and mental health disorders. It described how highly creative and iconic figures in music, literature and art struggled with variations of manic depression and bipolar disorder, but generally were undiagnosed during their lifetimes.

Wright said great works such as “Do Not Go Gently into That Good Night” by Dylan Thomas, many poems by Emily Dickinson, who suffered from depression, and the iconic Walt Whitman poem “Song of Myself” are among his poetry favorites because they reveal the tension between artists and their own inner struggle.

Today’s artists need not suffer from the stigma, said Wright, which is why mental health advocacy is an important objective for his foundation.

A passage in his poem “Think,” written years ago during those long train rides, seemed to reflect his commitment to ensuring that poetry and artistic expression about one’s inner struggles would have a permanent platform for exploration.

“Think- this is a tiny seed and I am going to plant it. ‘Til I’m the only living thing, the last angry poet on the planet.”