An architectural rendering of the proposed Norton Town Hall. 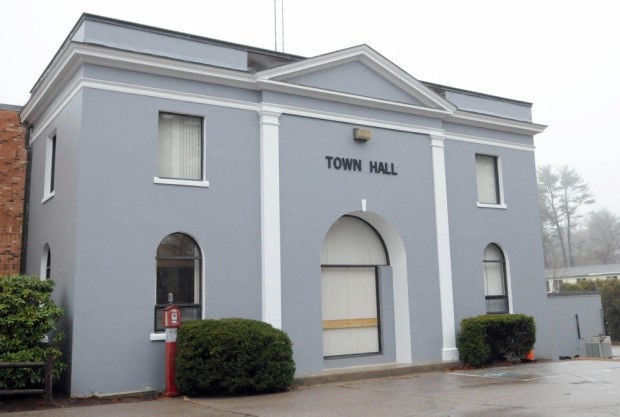 An architectural rendering of the proposed Norton Town Hall.

NORTON — Residents will vote Saturday on a $41 million Proposition 2 1/2 debt exclusion that would pay for a new town hall, senior/community support center and athletic complex.

Election voting runs from 8 a.m. to 5 p.m. at the middle school.

The long-planned projects are projected to increase the tax rate by about 78 cents per $1,000 property valuation for the first half of a 30-year bond, and about 59 cents for the last 15 years.

With interest factored in, the overall tab would run to roughly $57 million, with annual payments ranging from $1.64 million to $2.16 million.

Given the tight town budget and cost of the projects, town officials are seeking a debt exclusion from Proposition 2 1/2, the state’s property tax levy limiting law.

“I’ve talked to a lot of people about the debt exclusion. Overall, there’s been positive feedback,” select board Chairman Jack Conway said. “I think most people in town agree that these projects are needed. The questions our voters need to answer are, ‘Is this the right time?’, ‘Can I, and am I willing to, pay the cost?’ and ‘Is this how we want to invest in our community?’

“We are asking residents to realize the impact from the projects is 2-3 years out, when we are hopefully through this accursed pandemic and in a better economic climate.”

A 24,450-square-foot, two-story town hall would replace a cramped and structurally deficient, 14,800-square-foot building, part of which dates to 1910.

“The building commissioner had previously said that the structure is beyond its useful life and will not support renovations,” Town Manager Michael Yunits said.

He added that engineers in recent weeks were shocked when inspecting the structure, which state building officials have found severely deficient for workers and the public. Air quality is one of many problems.

The new town hall would require the nearly 1 1/2 acres of land between the current town hall and police station.

The town’s senior population is skyrocketing and a community support center is needed for all ages, officials say.

Select board members have an agreement to purchase a 6-acre Mansfield Avenue (Route 140)/Freeman Street site for the senior/community center should the debt exclusion pass.

Residents at the fall town meeting last October voted near unanimously to authorize up to $1.8 million for the two parcels.

As for the athletic complex at the high school, many of the existing facilities date to 1972 and the plans call for new and rehabilitated ones.

“Our current athletic spaces are completely inadequate and we feel confident that our final plan, even though scaled back considerably, will allow our students and the Norton community access to safe playing fields, tennis courts, and a track,” school board Chair Carolyn Gallagher said.

School officials also hope enough revenue will be generated by renting out the facilities to reduce or eliminate what Gallagher calls “outrageous fees that our families pay” for athletic participation.

Select board members and the permanent building committee have held information forums on the building plans.

The most frequently asked question is, why combine the three projects.?

“Our board felt that putting them together was the best way to reinforce the need, not the want, to invest in our town,” Conway said, noting members of the school committee and finance committee also agreed with that direction. “With some of the perceived divisions in voter blocs in town, it was felt that giving everyone a chance to vote for something was better than against something. We may lose a few voters with that approach, but I’m hopeful enough people see the long-term benefits.”

“These buildings and fields will be there for everyone and residents should be able to have functional facilities that they can be proud of,” Yunits said. “I know it is asking a lot for residents to bear the increased taxes...but it is an investment in the town’s future.”