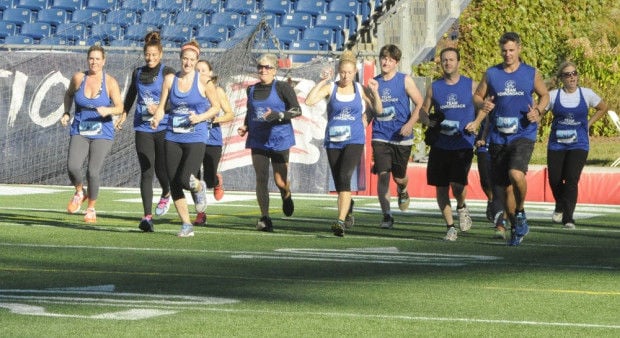 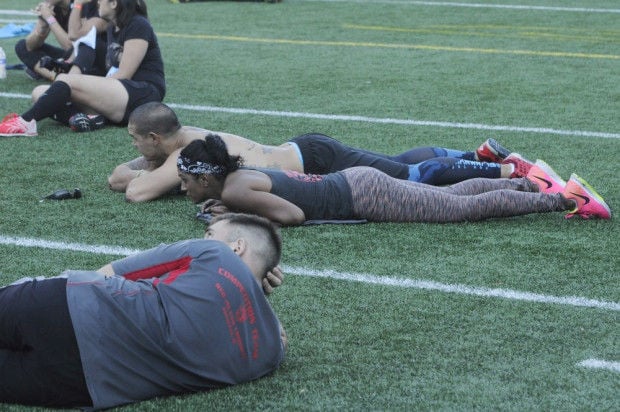 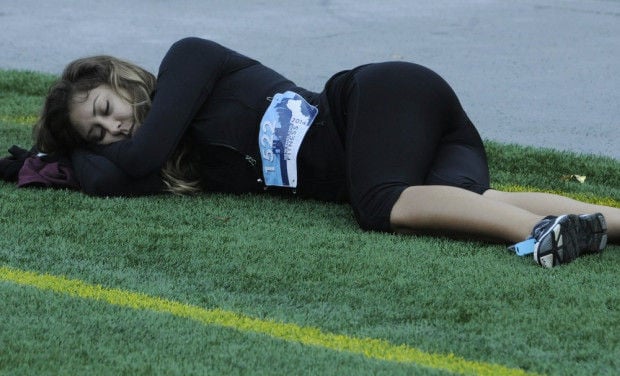 A tired member of an endurance team relaxes after competing in 12 challenge event in 12 hours at Gillette Stadium Sunday. 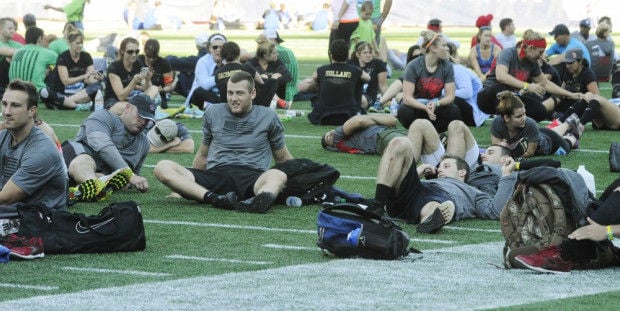 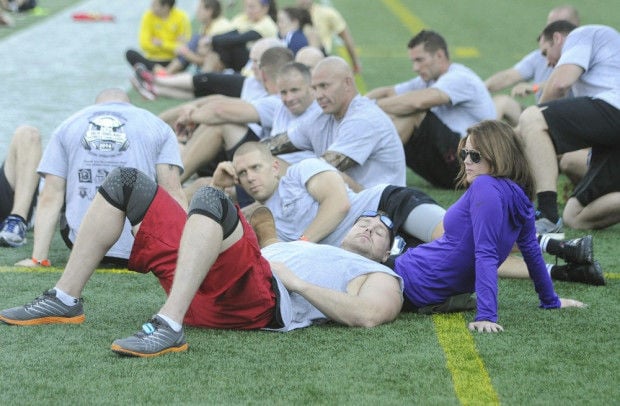 A tired member of an endurance team relaxes after competing in 12 challenge event in 12 hours at Gillette Stadium Sunday.

FOXBORO - After an entire night spent running and dodging obstacles at Gillette Stadium, most teams that participated in the 2014 New England Fitness Challenge were, understandably, sprawled out along the edge of the field Sunday morning.

The 12-hour overnight fitness and endurance event, now in its second year, raises funds for four local nonprofits: The New England Patriots Charitable Foundation, Special Olympics, Wednesday's Child and the Boston Firefighters' Fund in honor of Ed Walsh and Michael Kennedy, who died in a 9-alarm fire in Boston's Back Bay neighborhood in March.

Forty teams of 15 competed in 12 obstacle course challenges created by the Metropolitan SWAT Officers Association, which hosted the event. Team members took on a stadium stair run, a cement truck pull, a log carry and a stretcher run up the ramps at the stadium.

Stephanie Santucci of Cranston, R.I., said she felt like her legs were going to break after completing the challenge.

Santucci participated as part of a team from Unleashed, an obstacle fitness and functional training gym in Warwick.

"It was hard, but a good hard," Santucci said.

Santucci's teammate Christine Dion of Norton agreed with her.

The obstacle course wasn't the only difficult part of the event. Teams had to wrestle with their weariness as 10 p.m. Saturday transitioned into 9 a.m. Sunday.

"I don't think any of us was quite prepared, but we survived," Bonchuk said. "We're here. We're awake and we're ready to have some fun."

For others like Jennifer Cooperman, who participated on a team from the Foxboro branch of the Hockomock Area YMCA, the exhaustion reached a point of nonexistence.

"You're completely in a twilight zone, so you don't realize you're there overnight," Cooperman said.

Event creator Jason Brennan expressed excitement in the group's ability to pull off the event for a second year.

"We were excited for the opportunity to run it again this year. We weren't really sure whether we could get it together and it really honestly fell right into place," Brennan said. "It's for a great cause. We knew it was something we wanted to do and it went really well."

Last year's event was held in the wake of the Boston Marathon bombings and raised more than $180,000 for bombing victims. The event was a 26-hour workout challenge limited to teams of military and first responders including police, fire, EMS and hospital emergency staff.