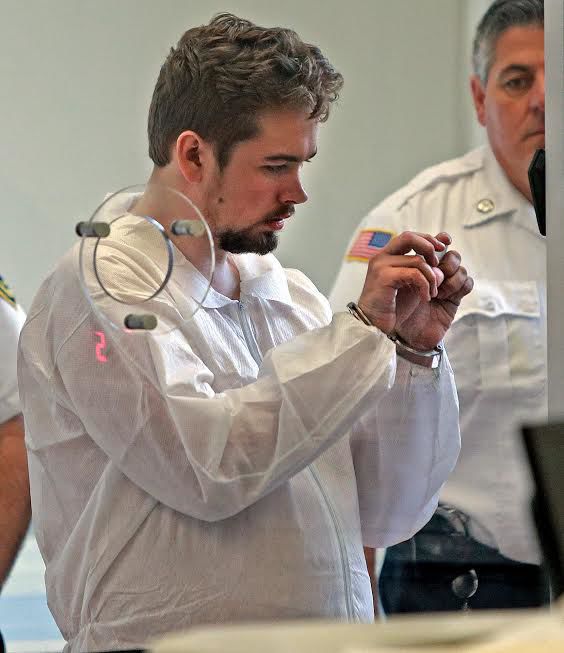 Sean Murphy at his arraignment in Wrentham District Court in October. 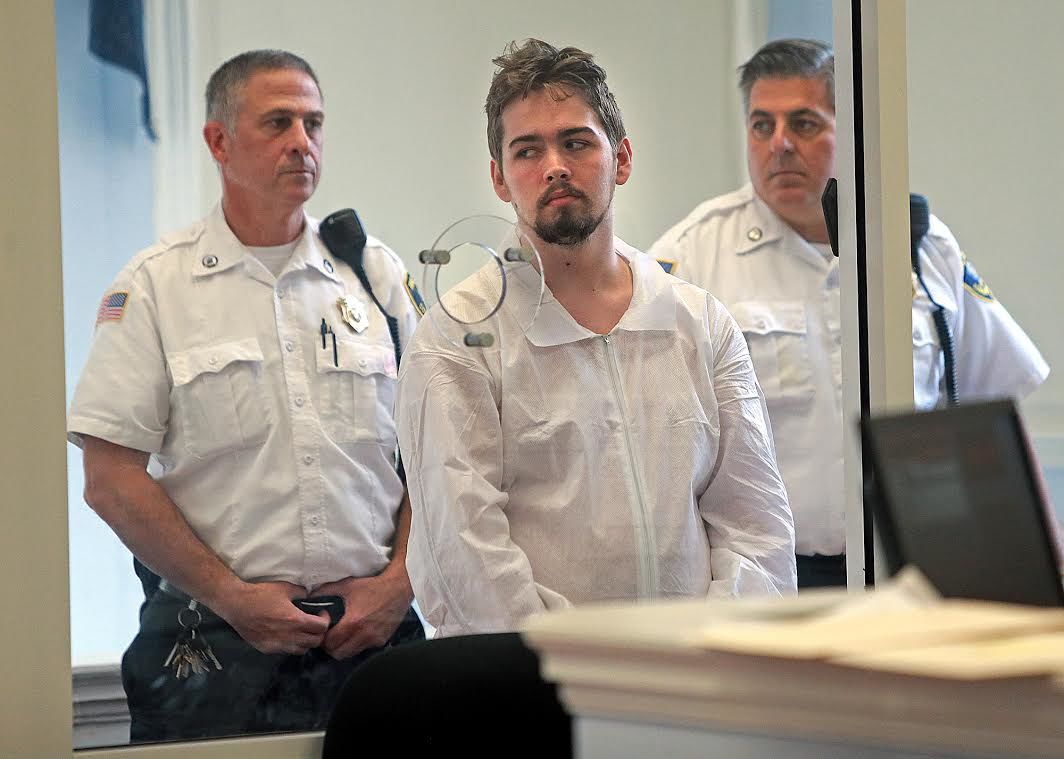 Sean Murphy at his arraignment in Wrentham District Court in October.

DEDHAM — A Plainville man charged with murdering his mother last October is undergoing psychiatric treatment at Bridgewater State Hospital and will be examined to determine whether he is competent to stand trial, officials said.

Sean E. Murphy, 21, was scheduled for arraignment Monday in Dedham Superior Court but the proceedings were continued to next month. Judge Robert Cosgrove entered a not guilty plea for Murphy, who was not in the courtroom.

The proceeding was continued to March 16. Murphy is being held without bail at the state hospital.

Authorities say Murphy repeatedly stabbed his 51-year-old mother, Carlyn, in the kitchen of their home on Landau Street in Plainville on Oct. 24 then drove to Showcase Cinema de Lux at Patriot Place in Foxboro.

He was arrested as he returned to his car about 11:30 p.m., about 75 minutes after his father, Patrick Murphy, discovered his wife’s body, according to a police report.

His lawyer, Kevin Reddington of Brockton, said his client has a mental illness and that he was transferred to Bridgewater State Hospital from the Dedham House of Corrections, where he was taken following his arrest. Murphy was indicted in December by a Norfolk County grand jury.

“I’m much happier he is at Bridgewater rather than the jail,” Reddington said.

He said his client’s family is very supportive.

“They understand he’s a very ill young man,” Reddington said, adding that his client’s father, sister and other relatives were in court.

According to court records, Sean Murphy told investigators after his arrest that voices in his head prompted him to kill his mother, and that the CIA and National Security Agency had planted devices in his head.

Plainville man indicted for murder in fatal stabbing of his mother

PLAINVILLE — A Norfolk County grand jury has indicted a local man for murder in connection with the fatal stabbing of his mother, the district…