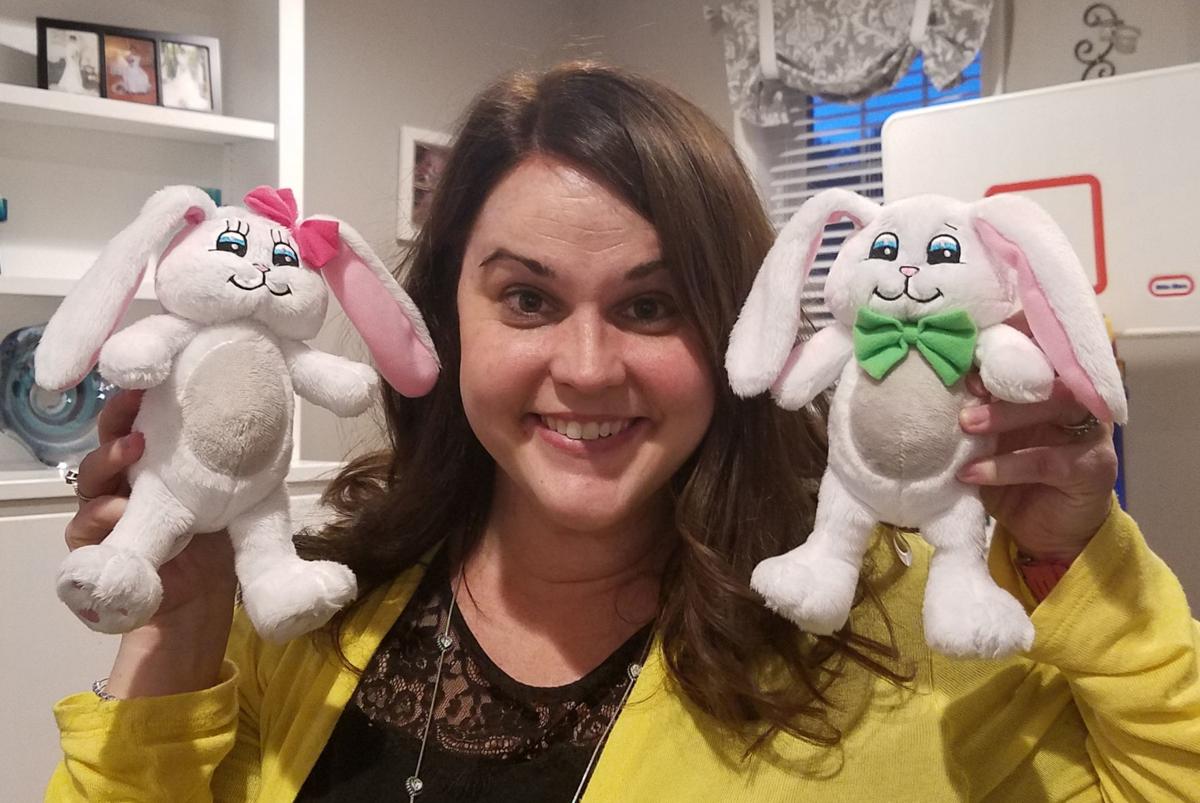 Kristin McCabe of Plainville shows off the toy bunnies that come with her Easter book, “Peek-a-Bunny.” 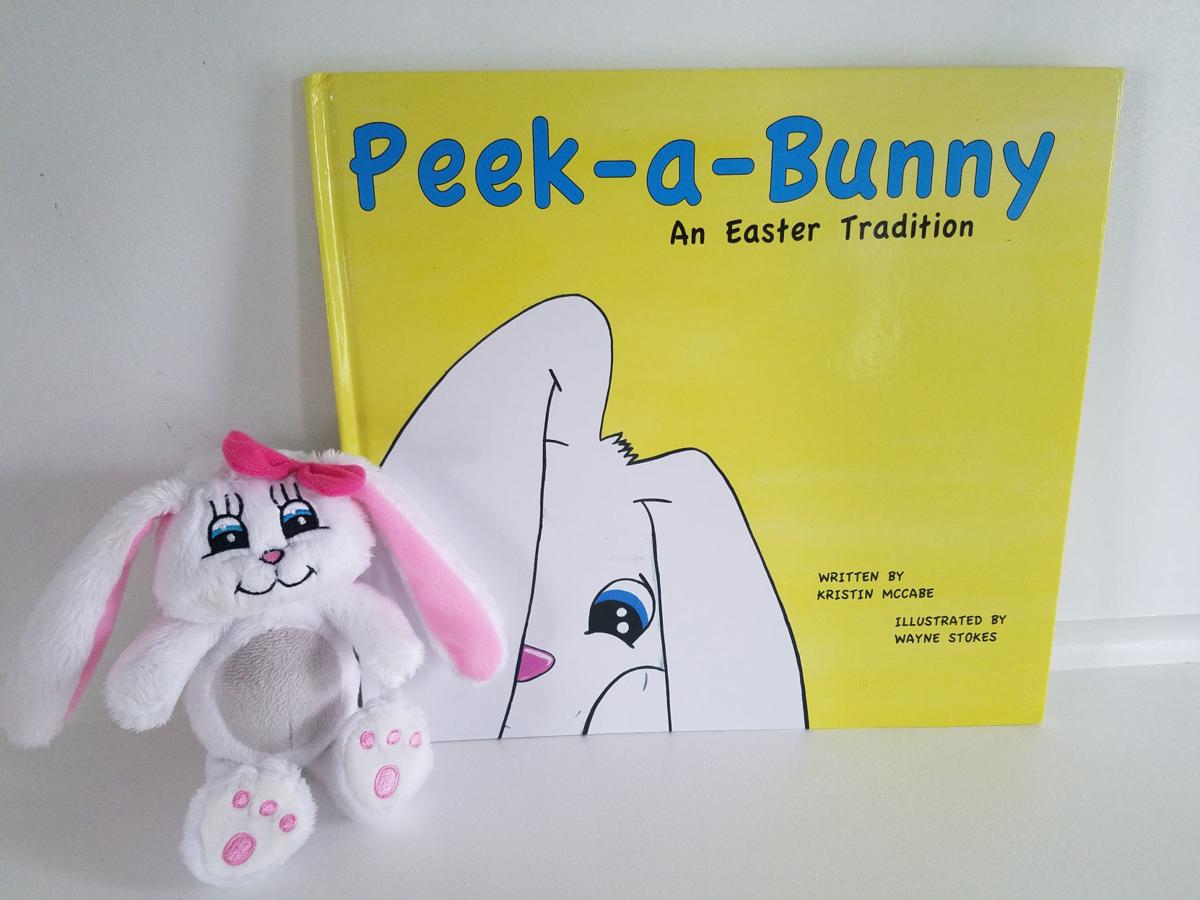 Each copy of Peek-a-Bunny: An Easter Tradition” comes with a boy or girl toy bunny.

Kristin McCabe of Plainville shows off the toy bunnies that come with her Easter book, “Peek-a-Bunny.”

Each copy of Peek-a-Bunny: An Easter Tradition” comes with a boy or girl toy bunny.

PLAINVILLE — As the mother of two young children, Plainville resident Kristin McCabe has always loved children’s books. During the holidays, she and her children especially enjoyed the popular Christmas story and toy, “Elf on the Shelf.”

It didn’t take long for McCabe to turn her wish into a reality.

Last year, she wrote a children’s book titled “Peek-a-Bunny: An Easter Tradition,” which tells the story of the Easter Bunny’s helpers, the baby bunnies.

“Every book comes with either a girl or boy bunny that the kids can play with,” McCabe said. They can play with the bunnies throughout the month of March but, like the ‘Elf on the Shelf,’ they are tucked away for the rest of the year.

For the book’s illustrations, McCabe enlisted the help of Wayne Stokes, with whom she went to King Philip Regional High School.

“After Wayne did the illustrations, I added some things to the book to complement them,” McCabe said. “He just did such a great job.”

Recently, McCabe reached out via email to Emerald Square mall, where she says she takes her kids to see the Easter Bunny each year, and asked about selling “Peek-a-Bunny” during the Easter holiday.

“I gave them my spiel and soon after the Simon Malls’ marketing department contacted me,” she said. “They said they liked the idea and to send them a sample.”

Starting this year, “Peek-a-Bunny” will be sold in over 50 malls across the country. Unfortunately, that doesn’t include any malls in Massachusetts just yet.

“If sales do well this year, we hope to expand to even more locations,” McCabe said.

Although the self-published book/toy is already for sale on www.peekabunny.com, McCabe will be having an official launch party from 1 to 4 p.m. on Sunday, Feb. 25, at the American Legion, 592 South St., in Wrentham.

According to the website, it will include “book signings, games, dancing, prizes, face painting, and a visit from the Easter Bunny.” Admission is free.