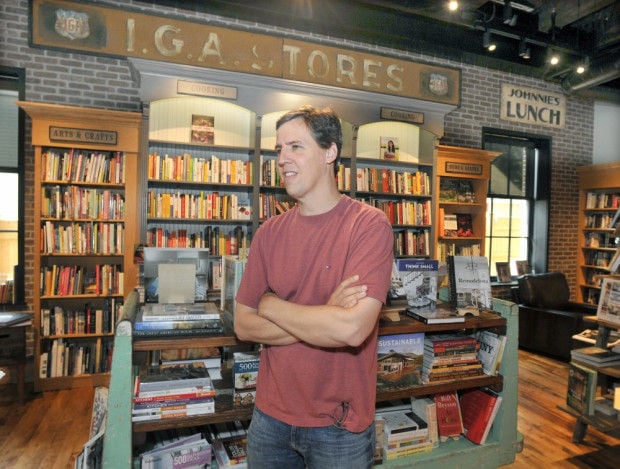 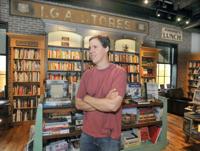 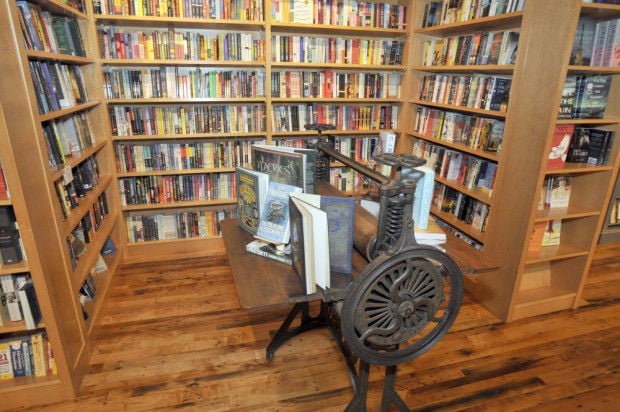 Author Jeff Kinney gives a tour of his new "An Unlikely Story" bookstore in downtown Plainville. An antique machine in one of the alcoves.

An Unlikely Story Bookstore and Cafe has opened at 111 South St. (Route 1A) in Plainville.

Author Jeff Kinney gives a tour of his new "An Unlikely Story" bookstore in downtown Plainville. An antique machine in one of the alcoves.

An Unlikely Story Bookstore and Cafe has opened at 111 South St. (Route 1A) in Plainville.

PLAINVILLE - From the day An Unlikely Story bookstore opened last year, residents have praised the handsome building and its refurbished materials.

Now, the professionals have weighed in.

The building at the corner of South and East Bacon streets has won three design awards from the Association of Retail Environment.

It won first prize for a hardline specialty store, for substainability and its flooring.

The three-story Colonial-style building has a top rating for being environmentally friendly because of its energy efficiency and use of repurposed building materials.

Floors and furniture were made with wood taken from other sources, such as mills and factories throughout the area, and from fishing boats demolished in a tsunami in Indonesia.

When the building opened last May, architect Stan Kubinski said the job was his dream project, and he knows he will never get another opportunity like an "An Unlikely Story."

Kubinski said owners Jeff and Julie Kinney spared no expense in constructing a building that is beautiful and environmentally friendly.

The building was constructed on the former site of Falk's Market, a unique building in its own right, which had fallen into great disrepair.

"After my wife Julie and I bought the old market that stood at the town center and demolished it, we wanted to replace it with an iconic building that would serve the community for hundreds of years. The new building, 111 South Street, looks like it's been there for many years, but inside, it's a modern, sustainable building," Kinney said.

"Julie and I are so pleased the space has been recognized and we applaud the wonderful work of our architectural team at Bergmeyer and Associates."

Kinney is the author of the popular "Wimpy Kid" book series for children.

He has used his acclaim to bring a steady string of authors to the bookstore to talk about their work, making the bookstore and cafe a center of community activity and a destination beyond Plainville.