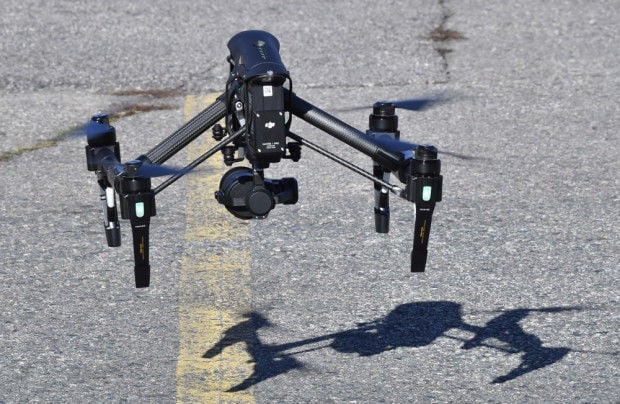 A state police drone takes off from a parking lot at Gillette Stadium in 2016. 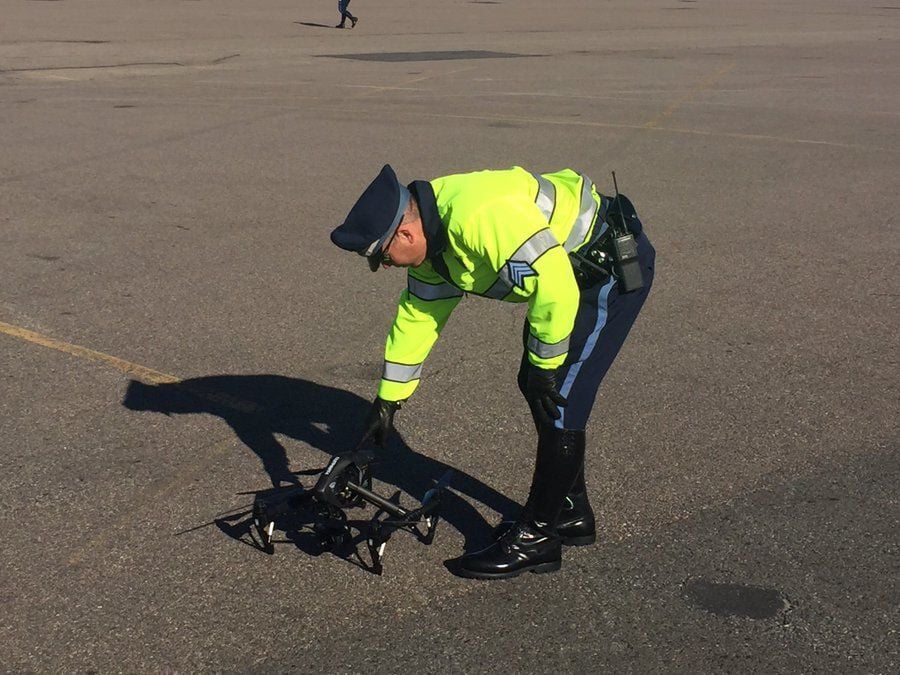 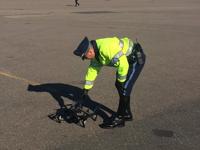 State police Sgt. Tim Dowd prepares a drone during a demonstration at Gillette Stadium in 2016. 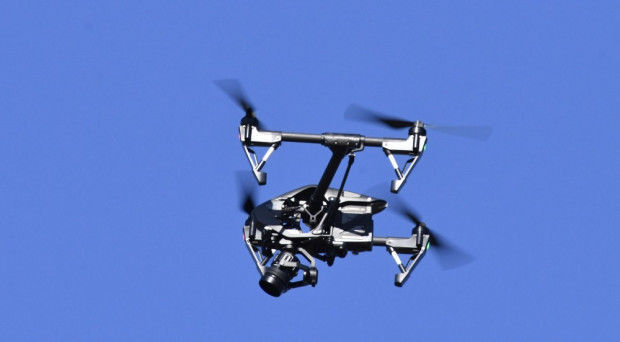 A state police drone flies above a parking lot at Gillette Stadium in 2016. 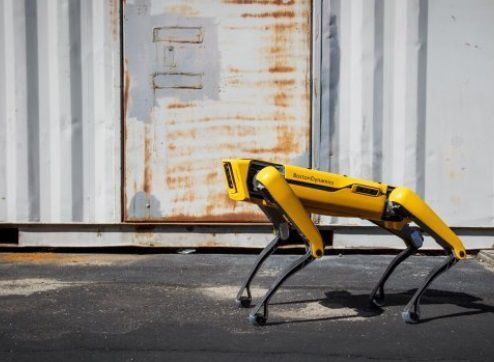 Spot, a robotic dog, is manufactured by Boston Dynamics of Waltham.

A state police drone takes off from a parking lot at Gillette Stadium in 2016.

State police Sgt. Tim Dowd prepares a drone during a demonstration at Gillette Stadium in 2016.

A state police drone flies above a parking lot at Gillette Stadium in 2016.

Spot, a robotic dog, is manufactured by Boston Dynamics of Waltham.

In the 1990s, when a Pawtucket homicide suspect was believed to be holed up in a South Attleboro home, a SWAT team responded to the scene.

But they did not rush into the home.

Instead, they sent in a small robot with treaded wheels equipped with a camera capable of allowing police to see inside the residence.

The robot found no one was inside the house, dissolving the neighborhood tension.

“They usually use those robots in a tenuous life-threatening situation,” Attleboro Police Chief Kyle Heagney said.

About five years ago in Mansfield, a robot was sent into the home of a suicidal man who had threatened police with a rifle when he stopped communicating with the SWAT team.

“It spotted him unconscious in the basement and that’s when our guys went in. They got to him just in time,” Mansfield Police Chief Ron Sellon said.

The man had taken pills and was transported to a hospital for treatment, police said at the time.

None of the Attleboro area police departments have their own tactical robots.

“It is commonplace for the bomb squad or METRO-LEC to deploy them in barricade situations. It’s all about officer safety and public safety. It’s just another tool,” Norton Police Chief Brian Clark said.

The robots, which also can carry items such as a cellphone to a person barricaded from police to open lines of communication, can save the lives of police officers, the suspect and the public, law enforcement officials say.

They are not armed.

“They are not an active, assaultive, aggressive type of robot,” Clark said.

Last month, a tactical robot was sent into a home in Taunton after an 86-year-old man allegedly shot his wife outside their home and ran back inside.

Authorities say the robot discovered the man had used a knife to cut his own wrist and neck. Rescue officials were able to take him to a hospital for treatment and he now faces murder charges.

“They come with a fully-trained operator,” Heagney said.

However, Foxboro and Mansfield police have drones equipped with thermal imaging cameras they say are for use in locating lost or missing persons in cold weather, and spot traffic congestion.

In Mansfield, Sellon said its drone was used to find a suicidal man in the Great Woods near the Xfinity Center in January 2020.

“It saved his life. If we didn’t have that we would have been searching for him for hours if not days,” Sellon said.

But the use of robots by some police agencies, specifically a mechanical dog built by a Boston company, has generated controversy.

In New York City, police contracted with Boston Dynamics to use a mechanical dog that could be used to climb stairs or in rough terrain in dangerous situations to protect officers. The cost was for $94,000.

But some city councilors decried the robot dog as another example of the “militarization of the police” and criticized its use at a public housing project.

One councilor said they resembled robotic dogs in the 2017 “Metalhead” episode of the television show “Black Mirror” about a post-apocalyptic future in which robotic dogs hunt human survivors.

However, the state police had one called Spot on loan for three months from Boston Dynamics in 2019, according to WBUR, which reviewed documents obtained by the American Civil Liberties Union of Massachusetts.

The documents did not contain details on how the robotic dog was used. But a state police spokesman told the station it was used as a “mobile remote observation device” to provide images of suspicious devices or potentially hazardous locations, like where an armed suspect might be hiding.

The spokesman, David Procopio, did not respond to an email from The Sun Chronicle for this story.

In a statement to WBUR, he wrote, “Robot technology is a valuable tool for law enforcement because of its ability to provide situational awareness of potentially dangerous environments.”

Area police chiefs say they have a duty to keep up on and look into new technologies for the safety of police officers and the public.

They say there are protocols and policies in place on the use of the robots.

The robotic dogs created by Boston Dynamics are too expensive now but with advances in technology, the price may come down in the future, they say.

“Maybe in the future of policing it would be something we could use but I don’t think we’re anywhere near there yet,” Clark said.

A mechanical dog could be useful in a situation where an armed suspect is in a wooded area or the terrain is difficult, Clark said.

For example, he said, a mechanical dog could have been useful in Braintree recently where an armed domestic abuse suspect hid in the woods and shot at police, injuring two officers and killing K9 Kitt, the Braintree police dog.

Foxboro Police Chief Michael Grace agreed that a mechanical dog may be useful in dangerous situations involving wooded areas or on stairs, but purchasing one would have to depend on taxpayers.

The police department is often called to the F. Gilbert Hills State Forest for lost people and any tool that can help someone, especially a person in distress, can only be a benefit, Grace said.

He said the thermal imaging capability on the drone can be a lifesaver.

“If there is a child missing on a cold winter day we are going to do everything we can to find that child,” Grace said.

The drone can also be used to find a criminal suspect but Grace said “an aerial view doesn’t guarantee you everything,” including the ability to see under trees or in buildings.

Grace said technology can be used keep officers and the community safe “but we want to be aware of people’s privacy. You have to balance the two.”

“With any technology public safety needs to be cognizant of people’s right to privacy and the Fourth Amendment,” Sellon said.