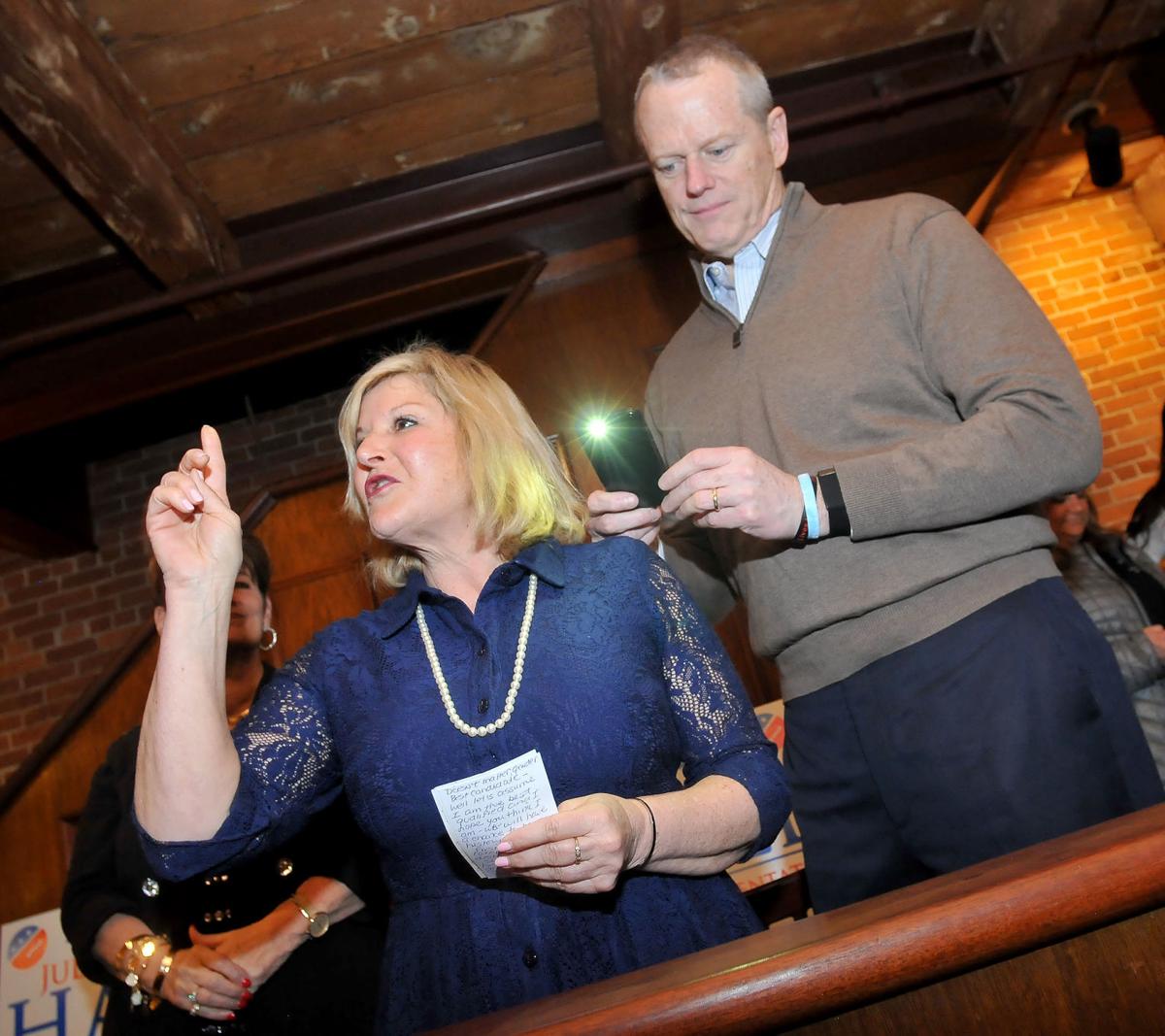 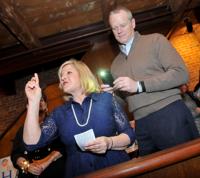 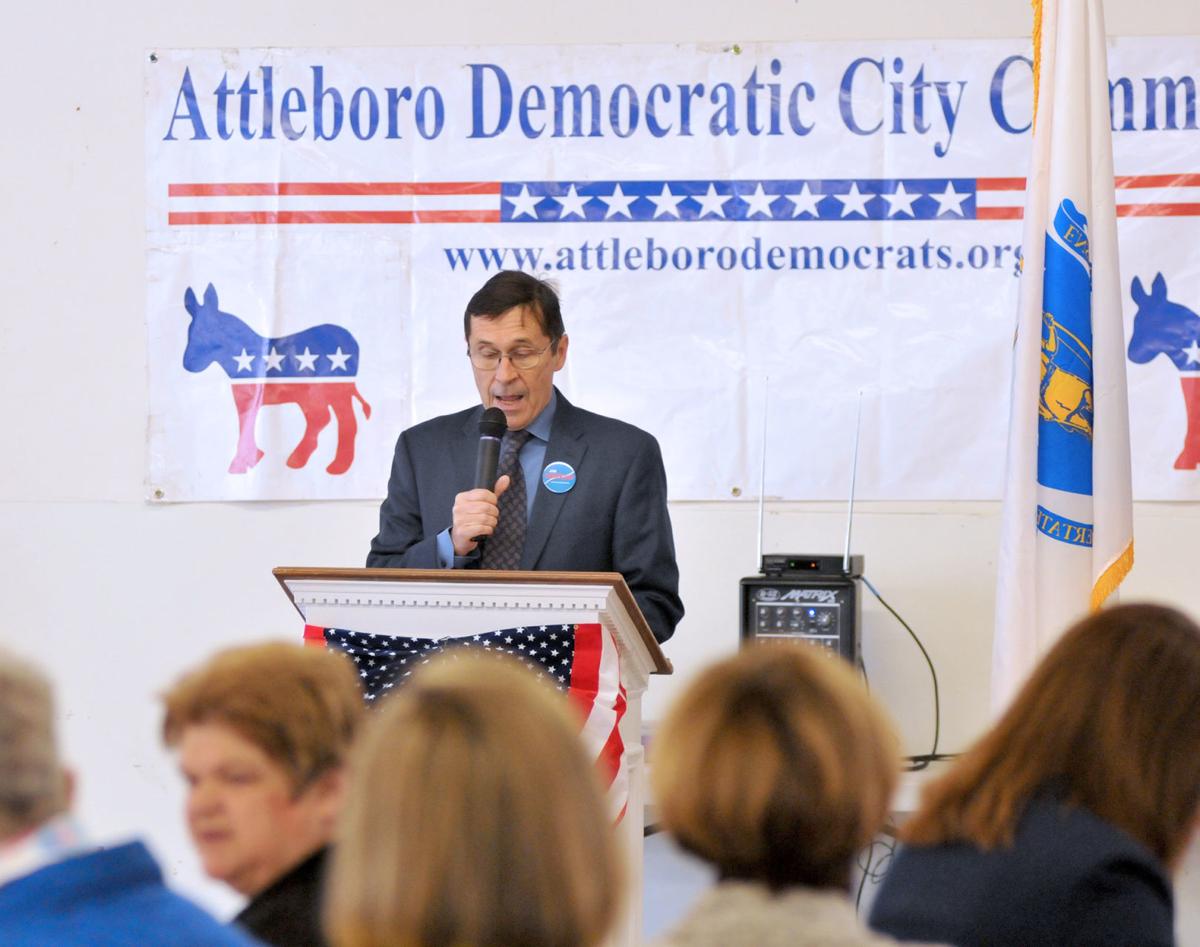 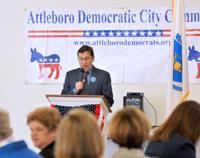 Democratic candidate for State Rep. Jim Hawkins takes to the podium during a Democratic unity breakfast held Saturday at the Murray Church in Attleboro. 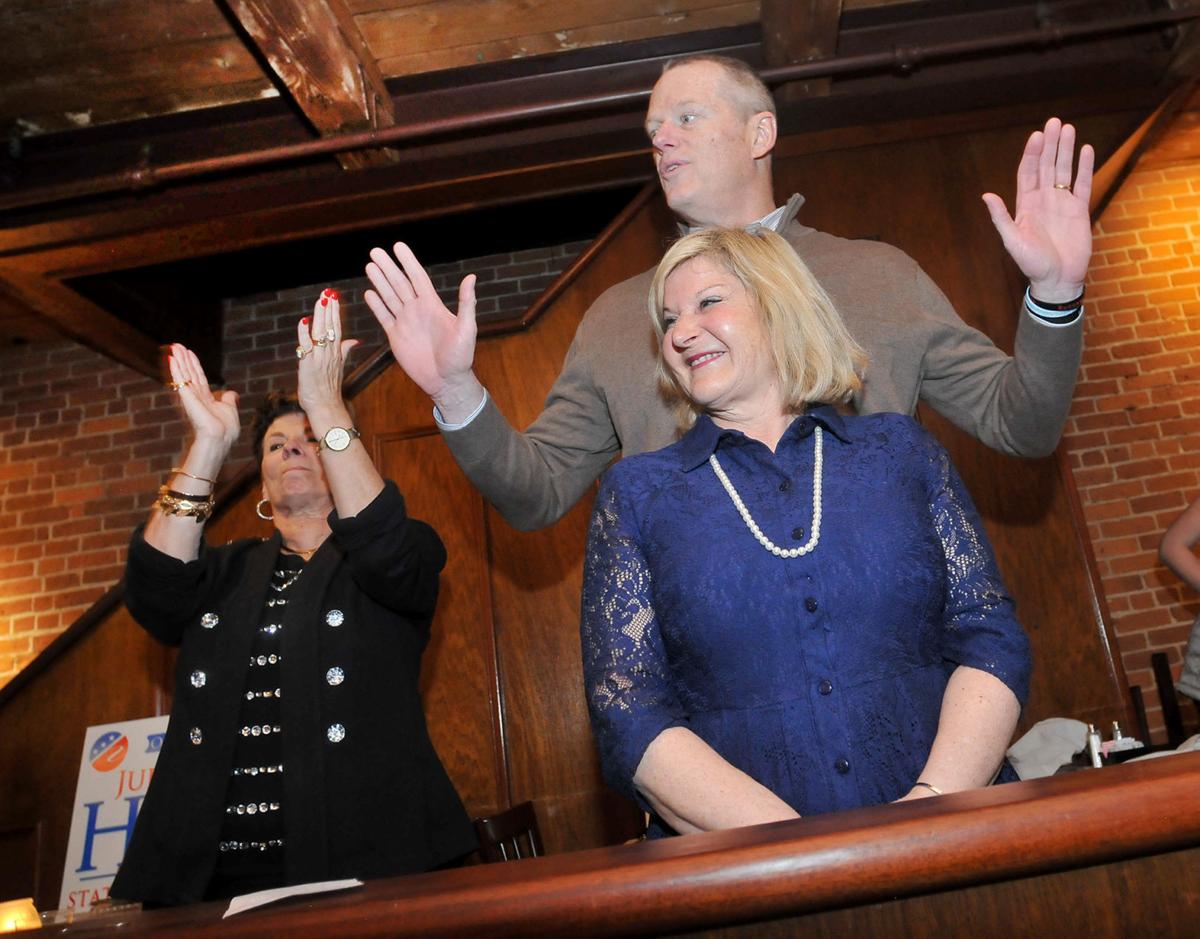 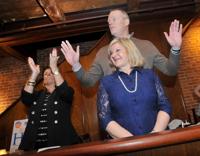 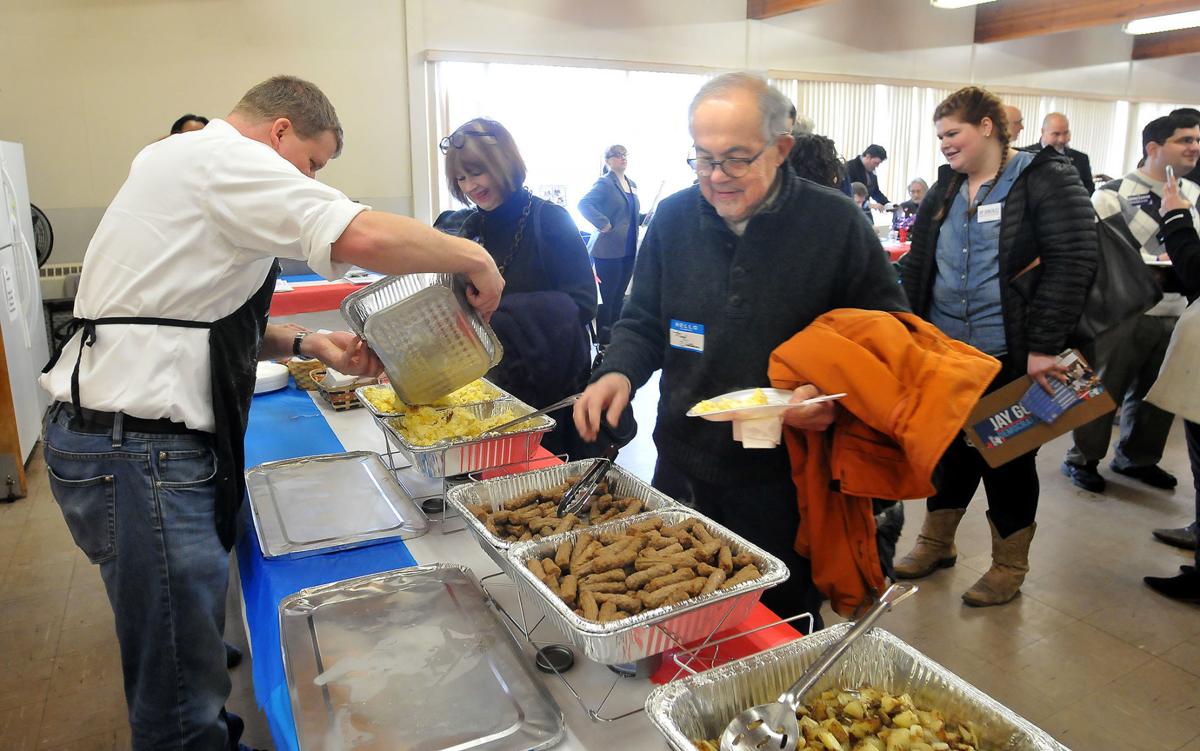 Mayor Paul Heroux serves up food during a Democratic unity breakfast held Saturday at the Murray Church in Attleboro. 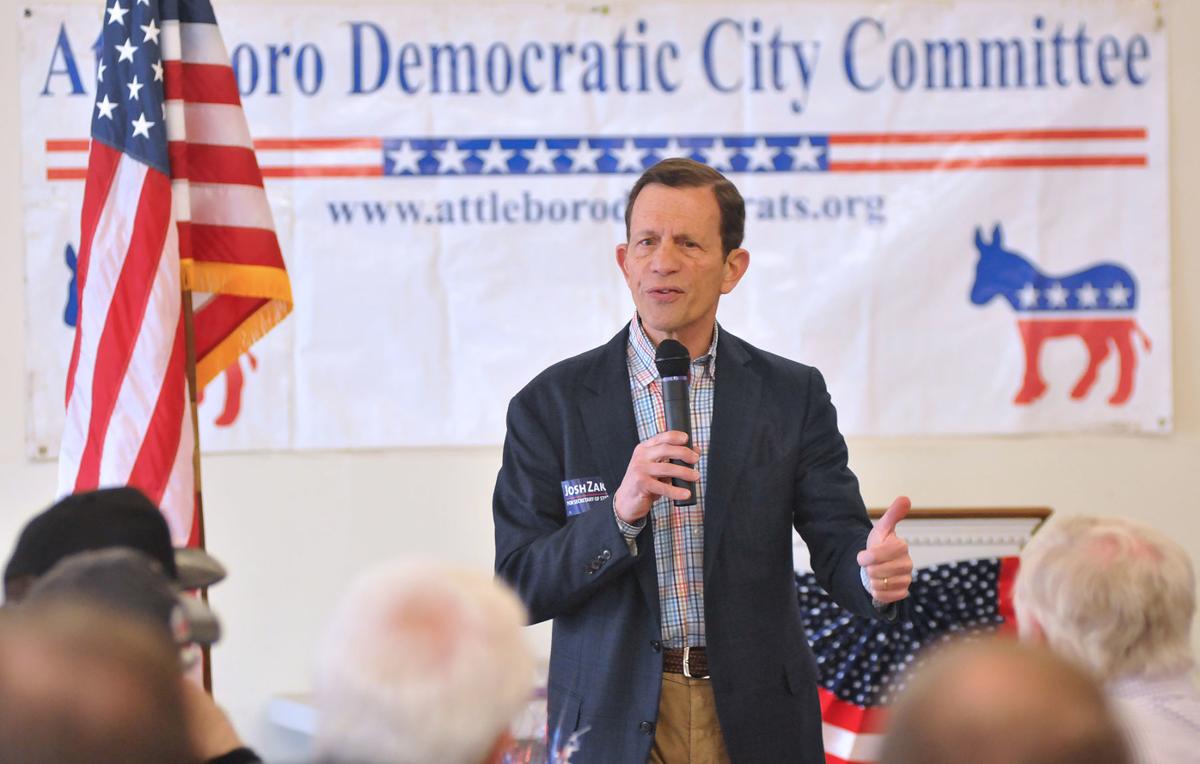 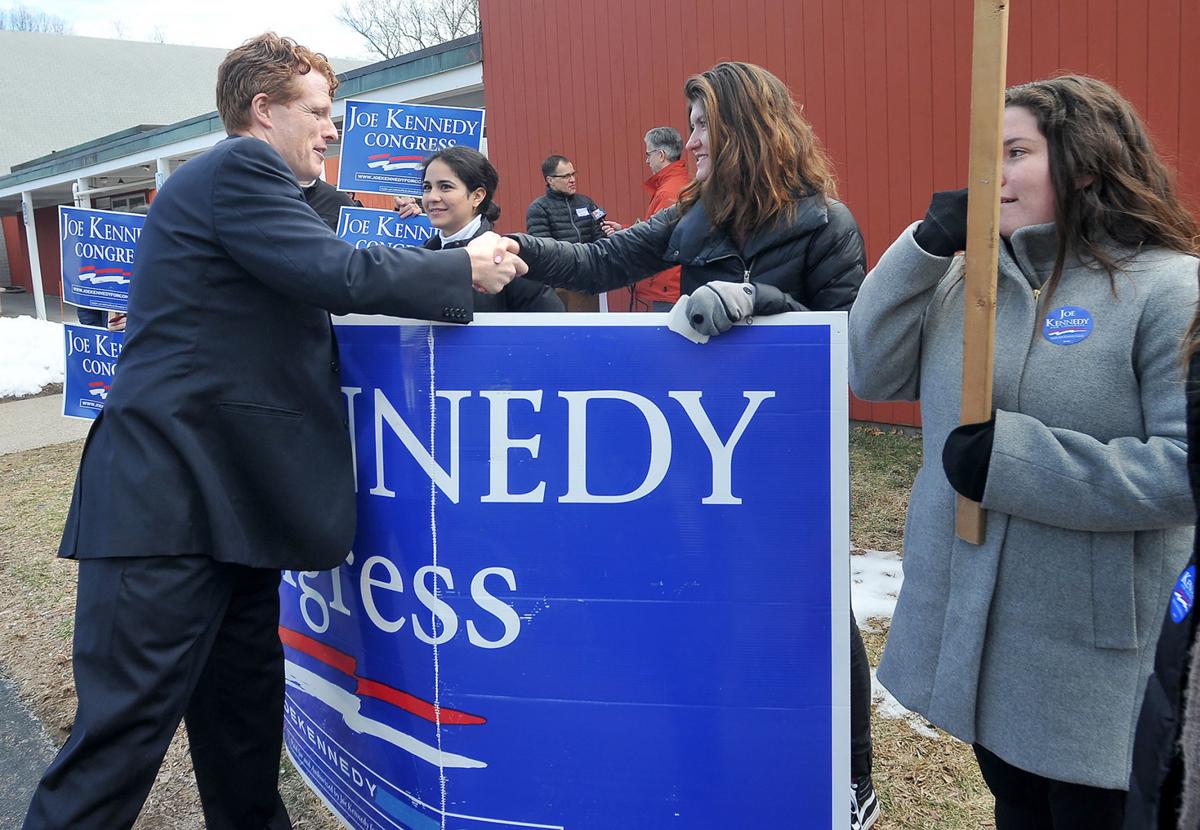 Congressman Joe Kennedy III greets his young constituents outside of Murray Church in Attleboro on Saturday at a Democratic unity breakfast.

Democratic candidate for State Rep. Jim Hawkins takes to the podium during a Democratic unity breakfast held Saturday at the Murray Church in Attleboro.

Mayor Paul Heroux serves up food during a Democratic unity breakfast held Saturday at the Murray Church in Attleboro.

Congressman Joe Kennedy III greets his young constituents outside of Murray Church in Attleboro on Saturday at a Democratic unity breakfast.

ATTLEBORO — Some of the state’s top political leaders came to Attleboro over the weekend to push for Jim Hawkins and Julie Hall in an April 3 special election for state representative.

Massachusetts Gov. Charlie Baker was among those stumping in the city as he went to a reception at Morin’s Restaurant to endorse Hall, the Republican in the race.

Baker told a crowd of about 75 people that he likes supporting candidates for the Legislature like Hall who have served in municipal government.

Municipal officials are accustomed to being held accountable, he said.

Hall, a city councilor, knows government “is about what goes on back home,” he said at the Saturday afternoon event.

A former Swampscott selectman, Baker said local government officials know how to “work with all kinds of folks.”

Earlier in the day, at an annual Democratic Unity Breakfast, about 150 in attendance heard speaker after speaker urge voters to back Hawkins, a former school teacher.

They pointed out that Hawkins supports a surtax on millionaires to fund education and transportation while Hall opposes it.

Speaking for himself, Hawkins focused on differences he has with Hall on a number of issues.

Hawkins said school systems such as Attleboro have had to lay off teachers in recent years and the millionaires’ tax is the only way of funding more state aid to education.

He also touted his experience as a small businessman running gas stations and auto part stores before becoming a math teacher at Attleboro High School.

Also on Saturday, Kennedy campaigned door-to-door with Hawkins while Markey did it Sunday.

Hall and Hawkins are running in a special election to fill the state representative seat vacated by Paul Heroux when he became mayor.

At her event, Hall told an audience that included several Republican city councilors and legislators that her campaign slogan is “One for all, Julie Hall” because she represents everyone.

She said she has worked her way up in politics, serving as a planning board member and city councilor.

A retired Air Force officer, she said she did the same thing in the military, earning her way up the ladder.

She put her arm around Hall and said to the audience: “Of course you all know the next partner I want is this one.”

Beyond the Hall-Hawkins special election, the Democratic breakfast featured a long list of candidates in the fall state elections.

Heroux did the cooking at the 21st annual unity breakfast and for the 11th year in a row, former state Treasurer Steve Grossman took everyone out for ice cream after the event.