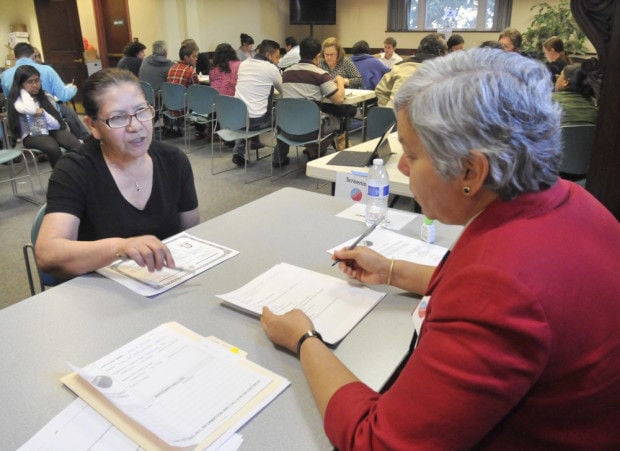 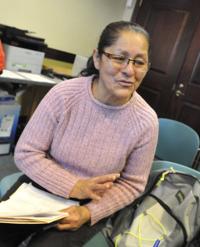 ATTLEBORO - Those born in the United States don't have to do anything to become a citizen, but for people coming from other lands, it can be a daunting task.

Filing forms in a language other than their own, studying English and learning 100 essential facts of U.S. history and government is not easy, but Project Citizenship, a non-profit corporation funded by a Boston-based private foundation is there to help.

PC Program Manager Matt Jose said the group reaches out to those who might not be sure how to take the final steps to becoming a citizen on their own.

"Our job is to demystify it," he said during a crowded citizenship workshop held at the Attleboro Public Library on Monday. "You can do it on your own, but we find giving people a nudge and a hand helps."

The organization met with more than two dozen prospective citizens who already have permanent resident and "green card" status.

Project Citizenship workers, along with volunteer lawyers, helped to put individuals and families, 25 people in all, on the path to citizenship, which included filling out a 21-page application and outlining their next steps.

The group provided the 100 citizenship questions and answers to help the prospective Americans study.

Mir and Wasima Rumi and their daughters Ruby and Rifa came to America from Bangladesh five years ago and are planning to make it their permanent home.

Help filling out the forms is appreciated, said 18-year-old Ruby.

"Sometimes you don't know what to put there, so this will help a lot," she said.

Monica Heaven from Jamaica came to the United States at the urging of her son, who wanted her to "experience America," she said.

Heaven, who works as a housekeeper at Golden Living Center and has been here for nine years, said the experience has been "good, so far."

She said she misses her homeland during the winter, but her residence here demands a greater commitment.

"I'm living here, and I think I should be a citizen of the country," Heaven said.

Maria Quispe came to America from Peru in 2008 at the urging of her son, who was already here with his family.

Quispe works for a cleaning and construction company, and said she likes the job and the country.

Her son works for Sensata.

The event was organized by U.S. Rep. Joseph Kennedy III, D-Brookline, and The Literacy Center on North Main Street, which has English and citizenship classes.

All services were free.