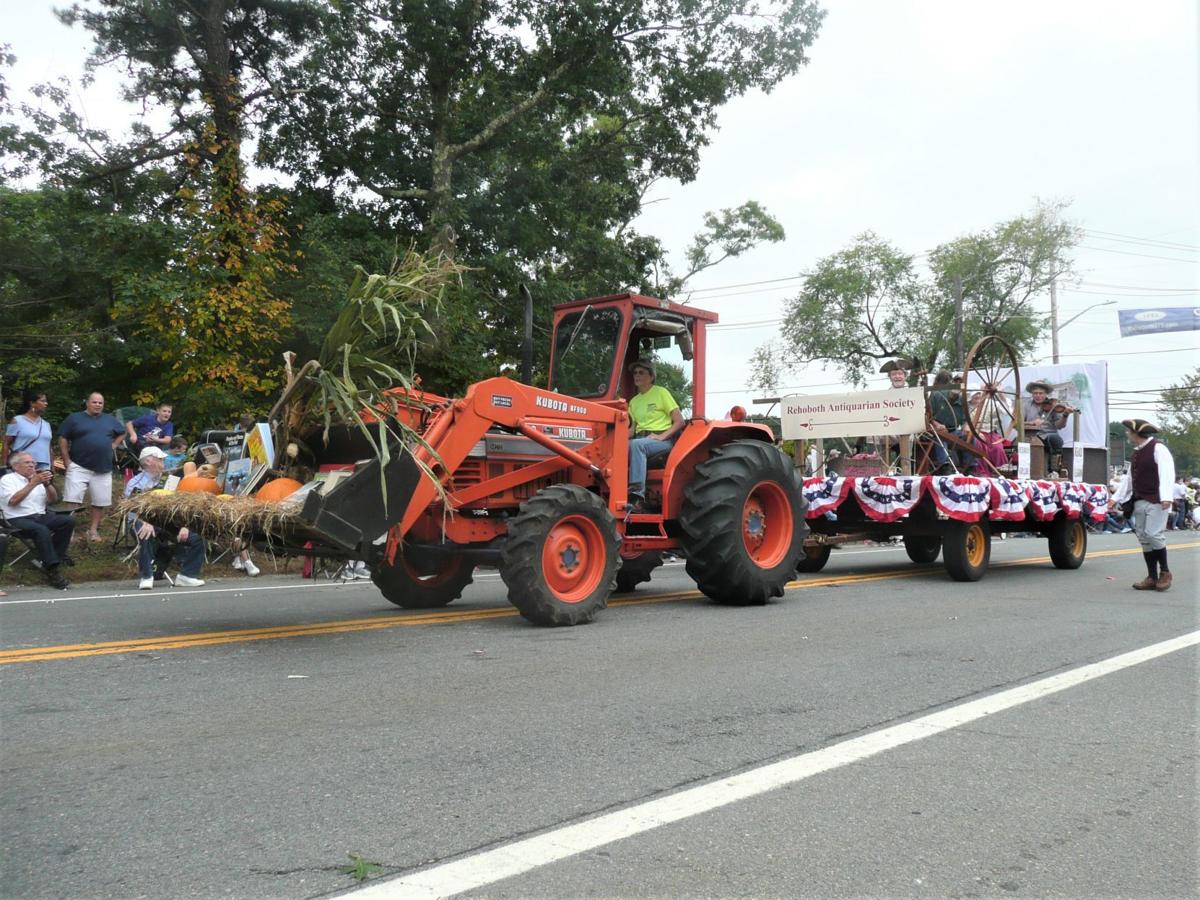 The Rehoboth Antiquarian Society's float makes its way along the route of Rehoboth's 375th anniversary parade on Sunday. 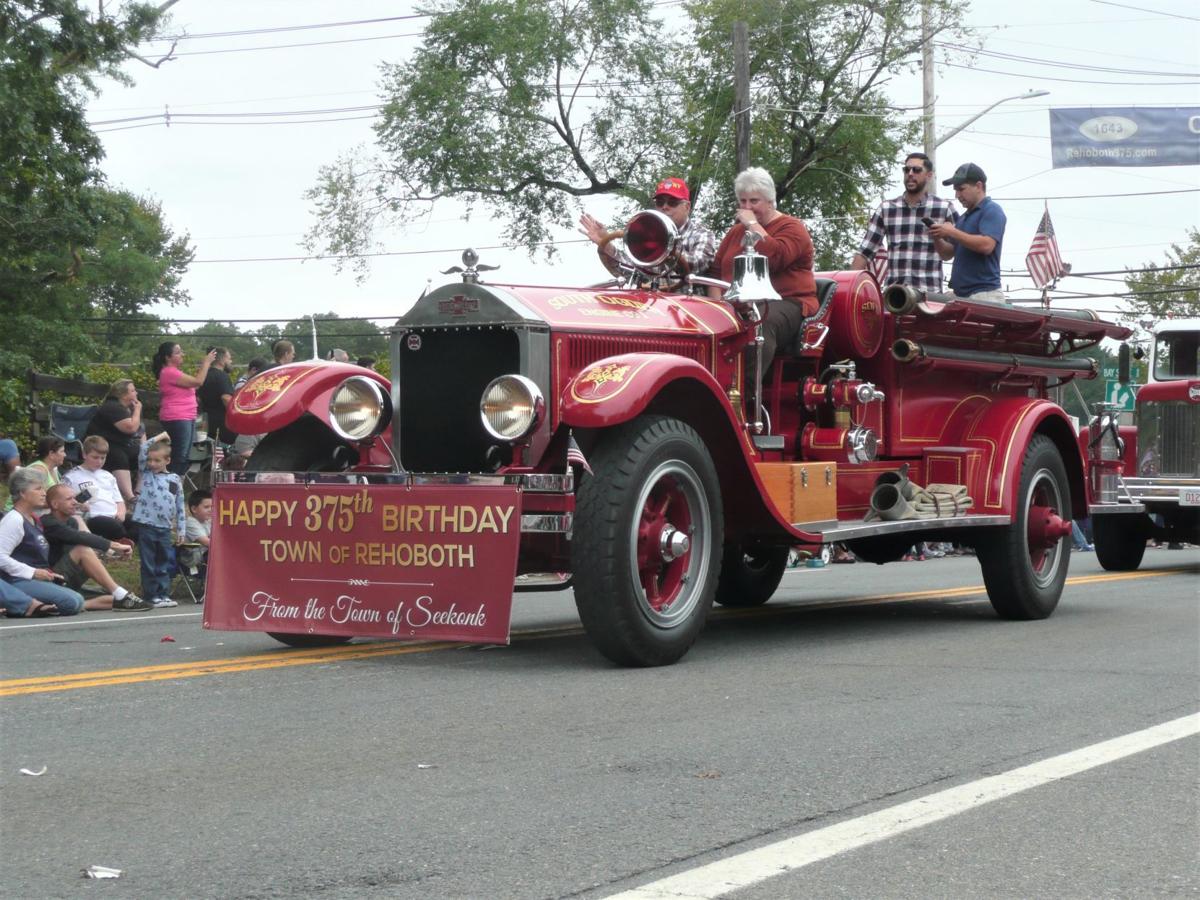 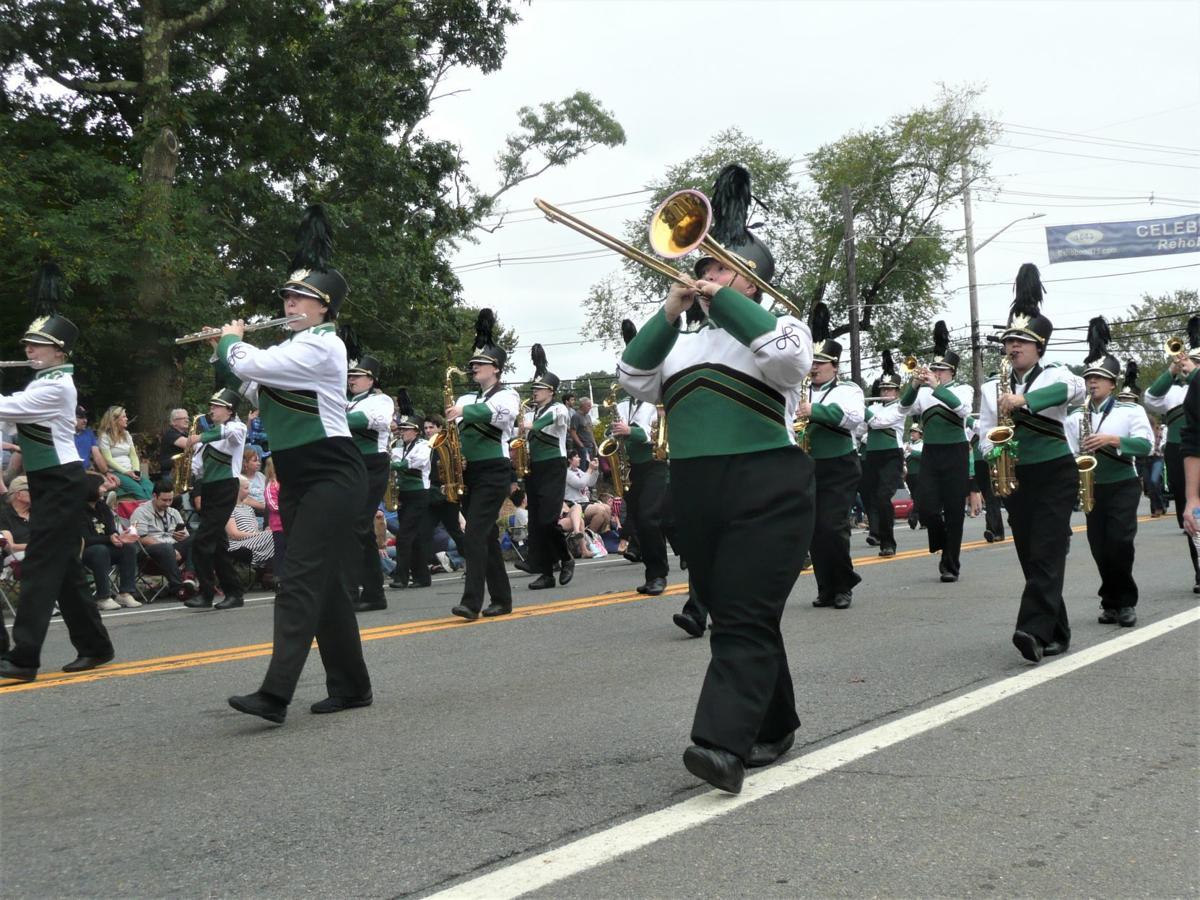 Dighton-Rehoboth Regional High School was one of the many marching bands in Rehoboth’s 375th anniversary parade on Sunday. 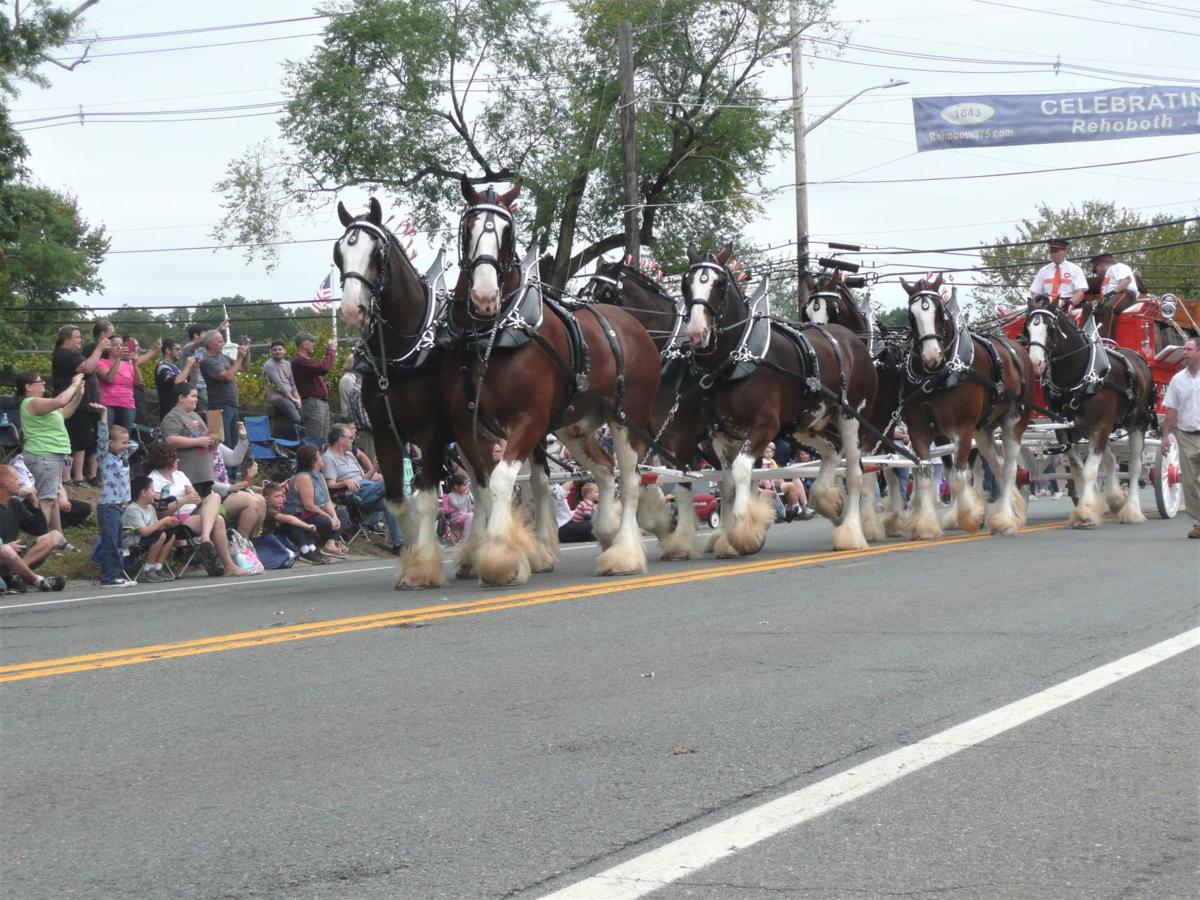 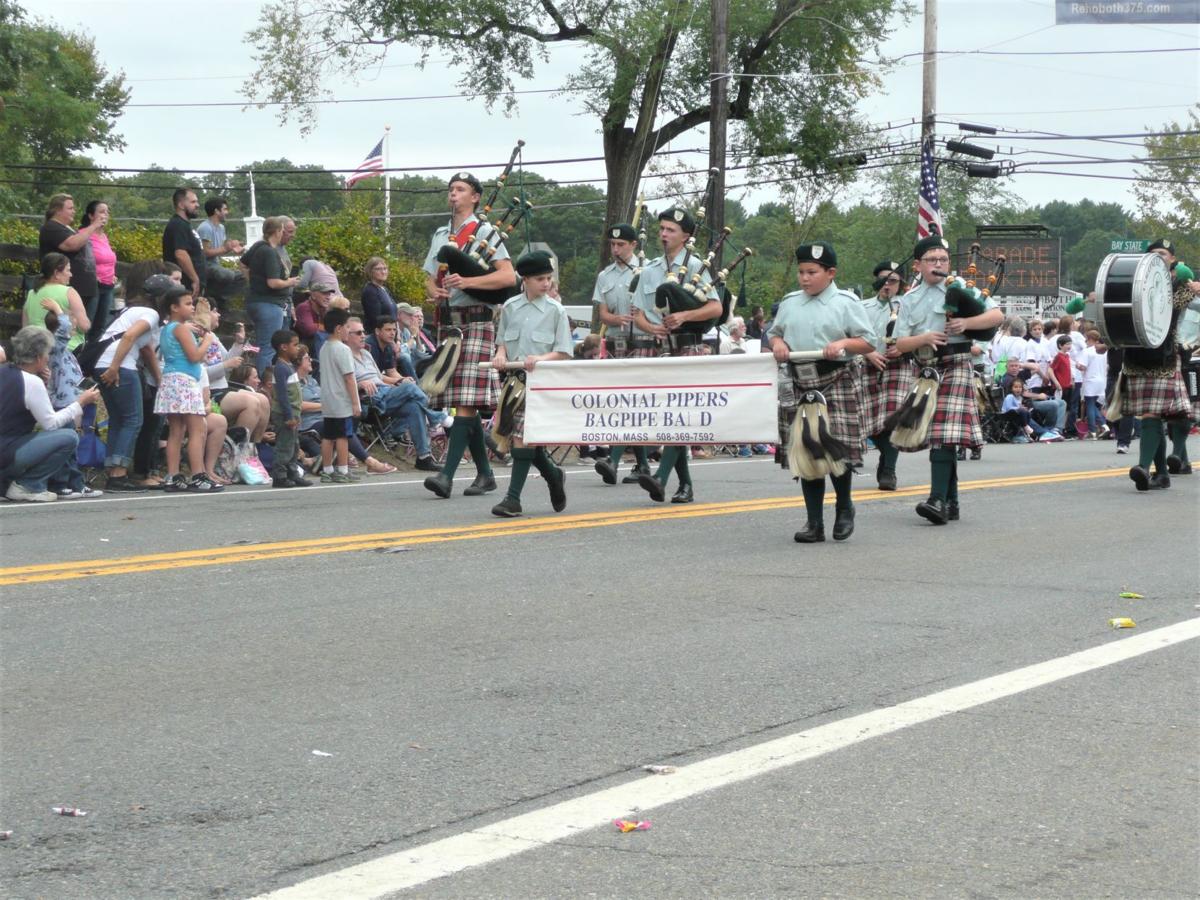 The Colonial Bagpipers Band perform during Sunday's parade in Rehoboth.

The Rehoboth Antiquarian Society's float makes its way along the route of Rehoboth's 375th anniversary parade on Sunday.

The Colonial Bagpipers Band perform during Sunday's parade in Rehoboth.

REHOBOTH — The town celebrated its 375th anniversary Sunday with a massive parade on Route 44.

The event was part of a year-long celebration honoring Rehoboth’s history.

The parade’s grand marshal was E. Otis Dyer Sr., the official town historian and trustee emeritus of the Rehoboth Antiquarian Society which built the 18th-century model barn at the Carpenter Museum in 1993 as part of the town’s 350th anniversary.

Ken Abrams, a member of the 375th anniversary committee, and Michael O’Hern were selected as division marshals to represent the U.S. military and local veterans. Both men have served both the town and local organizations faithfully through the years in many capacities.

According to organizers, more than 1,800 participants, including town and state officials, civic and religious organizations, members of veterans’ organizations and state police troopers marched in the parade.

Members of the boards of selectmen of Seekonk and Dighton and city councilors from Attleboro were also in the parade.

The Rehoboth 375th Anniversary Committee was established in July 2017 by the selectmen for the purpose of planning events and programs for the anniversary year.

Among the other activities has been “Take Back Rehoboth,” where the town has symbolically “taken back” land that was once part of Rehoboth, including Seekonk and East Providence and parts of Attleboro, North Attleboro, Cumberland, and Pawtucket. Committee members attended a recent Attleboro City Council meeting for the “take-back.”

Established in 1643, Rehoboth was one of the largest communities land-wise in Massachusetts, and is one of the oldest towns in the state.