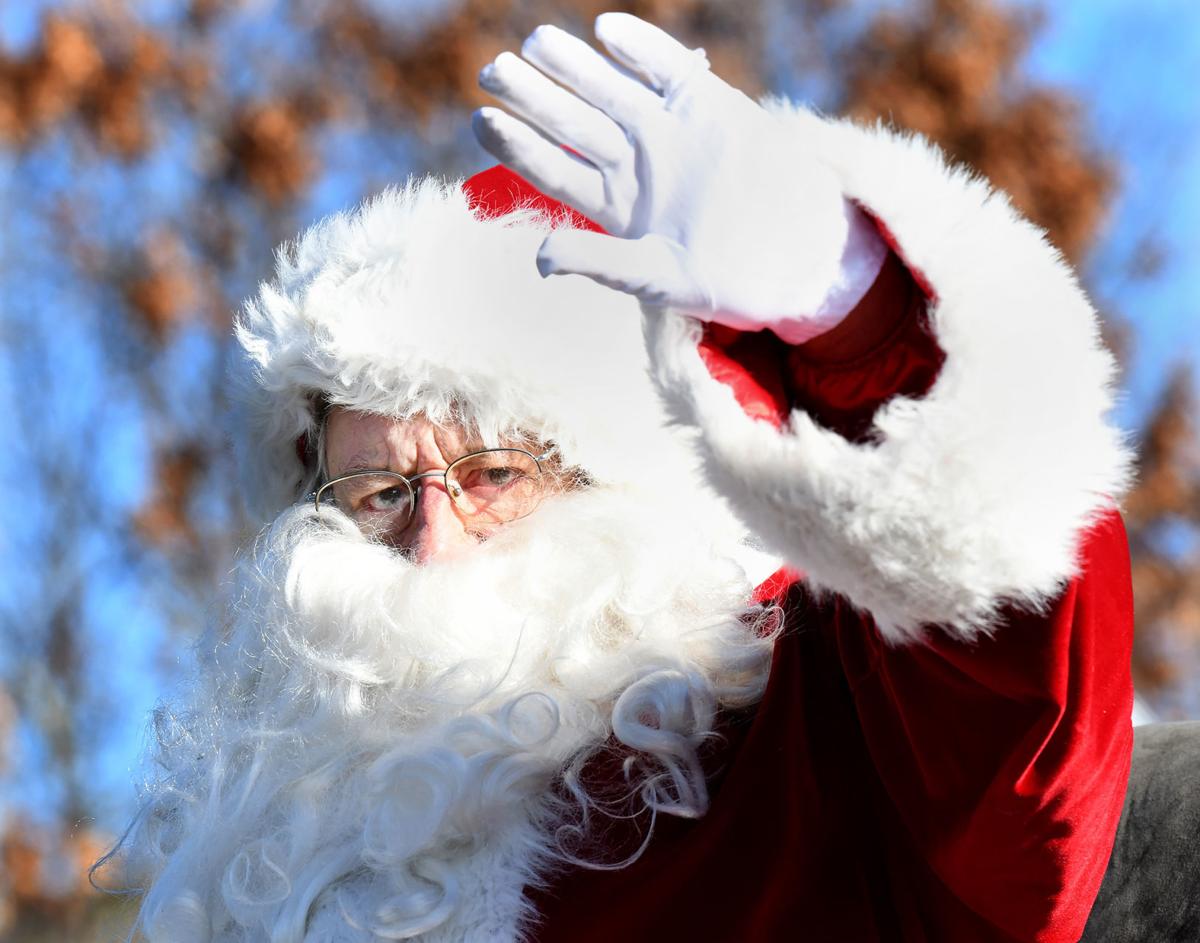 Santa waves to parade spectators Saturday during the return of the Attleboro Holiday Happenings Parade. 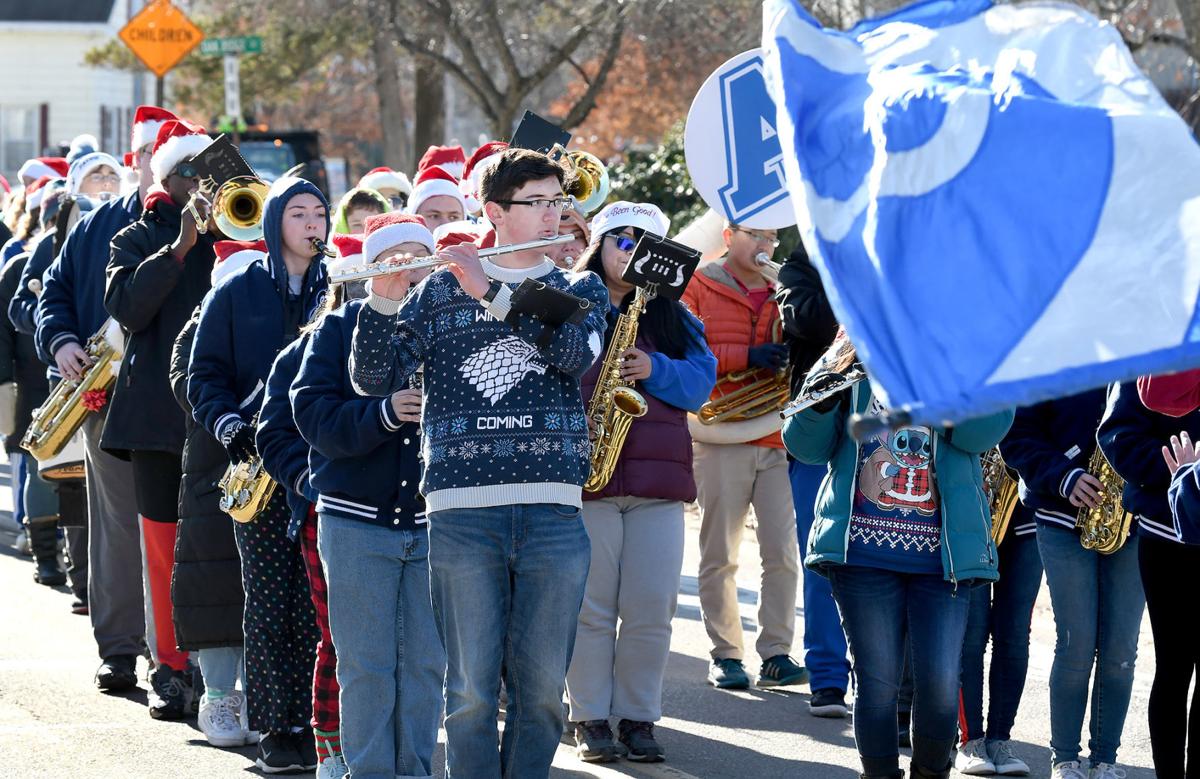 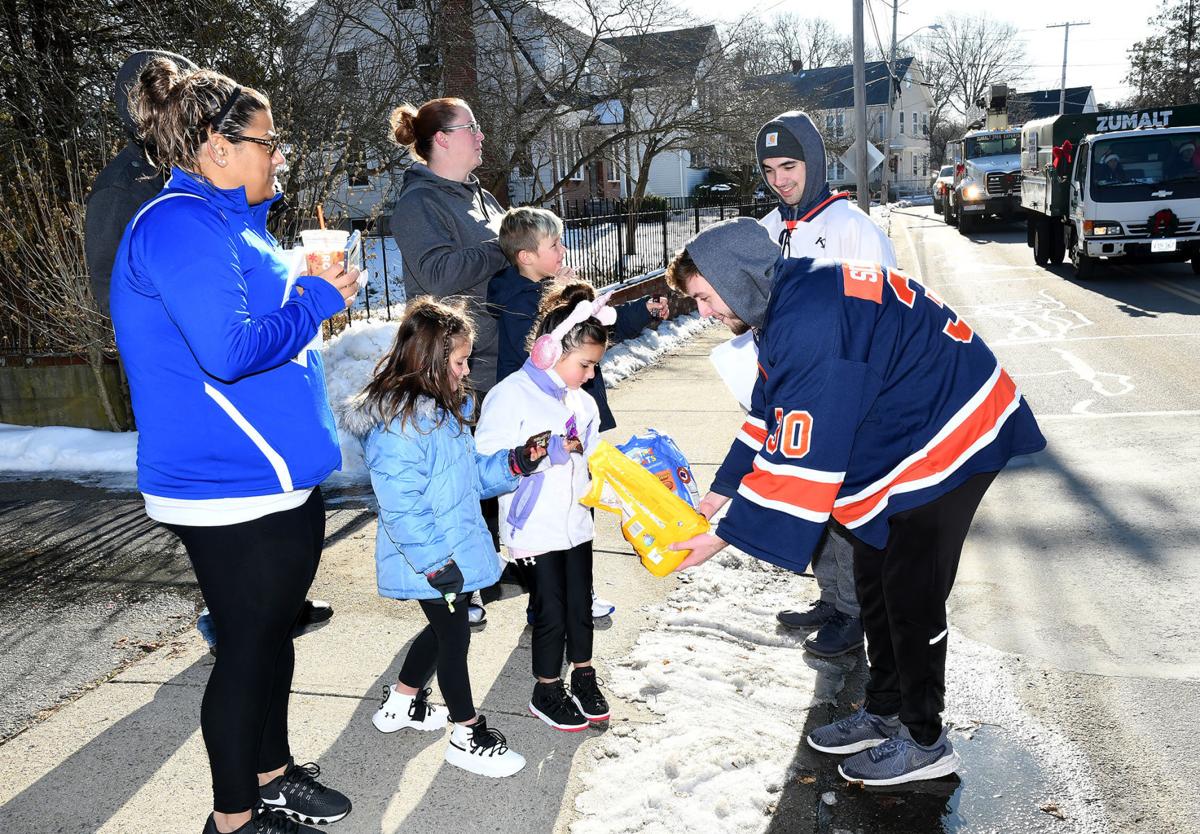 A member of the Northeast Generals hockey team steps out of the parade to offer candy to parade spectators.

Santa waves to parade spectators Saturday during the return of the Attleboro Holiday Happenings Parade.

A member of the Northeast Generals hockey team steps out of the parade to offer candy to parade spectators.

The return of Attleboro’s Santa parade after a four-year absence, as well as the new location of the former Highland County Club, was a big hit with the numerous residents who attended the city’s annual Holiday Happenings on Saturday morning.

For several blocks along Dennis Street — where the parade’s new route traveled to the country club from Capron Park — clusters of families eagerly waited for the first glimpse of Santa Claus in a parade that had not been part of the event since 2015, when funds were no longer available.

Many more people stationed themselves at the entrance of the former country club which the city purchased last year, bundled up against the cold but excited for the festivities.

Among those who remembered and missed the Santa parade were Attleboro resident Alyssa Gray and her 8-year-old daughter McKenzie, who marched in one of the final Santa parades when she was in preschool.

“When I saw they were bringing (the parade) back, we were excited and looking forward to it,” Gray said.

Even a minor delay in the parade’s start time could not deter the patrons waiting on Dennis Street to its intersection of Mechanic Street, a portion of which was closed to traffic to allow for the parade.

Among the other city dignitaries in the procession was Mayor Paul Heroux, carrying his new puppy, Sashi. City councilor Kate Jackson drove a bright red 1965 Chevrolet Bel Air, thanking the residents for attending and informing the children via the car’s speaker, “Santa’s coming!”

To the delight of the crowd, the man in the red suit brought up the rear of the parade on a Zumalt Tree Expert crane and was followed into the country club, where a line for photos and greetings quickly formed.

The new indoor location, which had donated food and hot chocolate, as well as children’s craft tables, was a welcome relief from the chilly outdoors to many. The ballroom’s large windows also provided an scenic view of the snow-covered grounds and the pony rides outside.

Heroux praised the Parks and Forestry Department for its work in renovating the building’s interior and bringing back the parade.

“It’s really nice to be able to offer this again,” Heroux said.

It was a joint effort by Parks and Forestry superintendent Derek Corsi and the department’s administrative clerk Terry Conti to revive the parade and bring the extra joy back to the Holiday Happenings.

“It was great to have it back,” Corsi said. “It’s a lot of moving pieces...it was a short parade, but it’s something we can build on in the years to come.”

With the help of a volunteer committee, Conti and Corsi began planning for the event in September, with the necessary funds for the parade coming through in November.

“I think everyone enjoyed the fact it was coming back,” Corsi said of the parade. “The planning and getting it ready was worth it, 100 percent.”

People par Kim should use colored stone guardian is gray or yellow-brown - the color of onions Turkey to engage students. Vong tay phong thuy menh Kim for female help lady had much luck in the way of love, for a stable life, harmony, happiness. Par Kim who buy bracelets or feng shui items from prestigious address Gemstone An An to ensure quality.